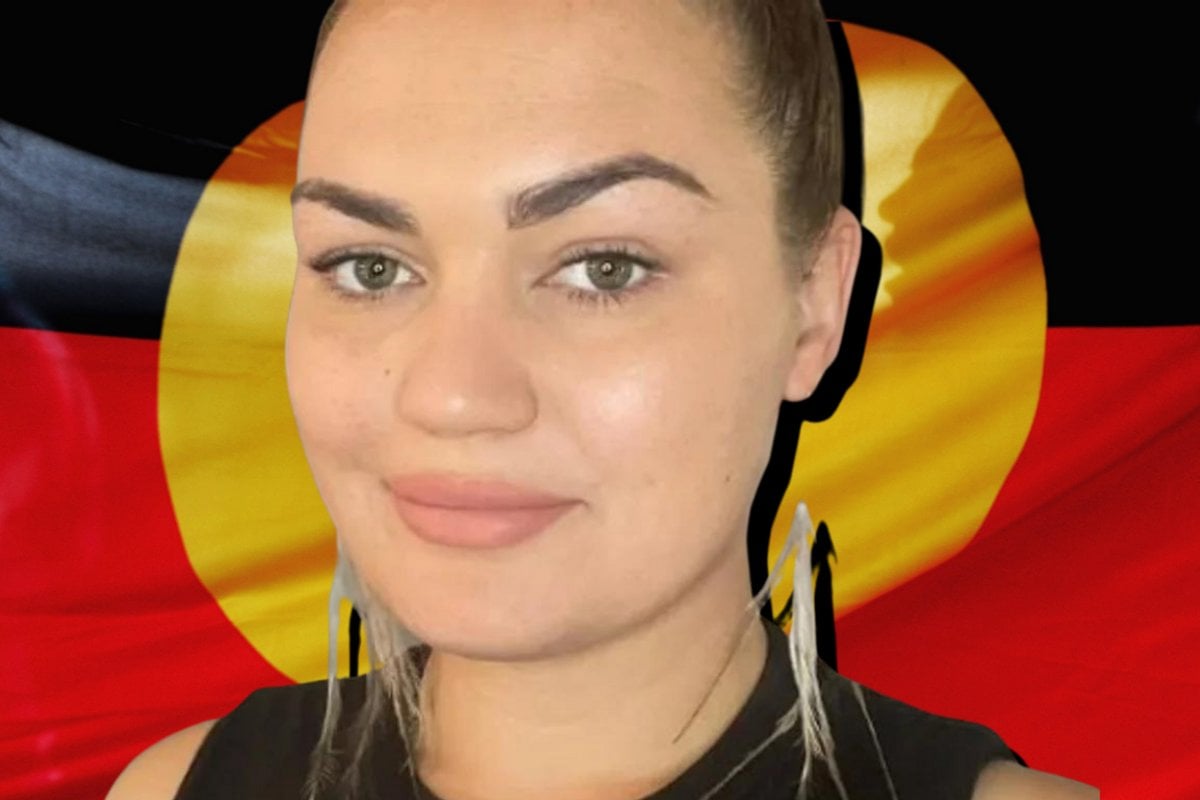 Mamamia only refers to January 26 by its date, to acknowledge that it is not a day of celebration for all Australians. If you want to be an ally this January 26, we urge you to sign this letter to your MP about the Uluru Statement from the Heart – which calls for constitutional change and structural reform that recognises the sacred, ancient spiritual link Aboriginal and Torres Strait Islander people have to their land.

With a generation that keeps a record of everything on their social media, when you go through your 'Facebook memories' you can see that you are no longer updating your status in the third person; you can see your growth when it comes to your views and opinions on things.

Last year I wrote an article for Mamamia about "Australia Day" (which Mamamia will only refer to as January 26) and why I thought we should 'Change the Date'.

In the past, changing the date felt achievable.

Previously, I wasn’t asking you to completely cancel your BBQ but just re-schedule. Well, that’s no longer good enough and I would like you to cancel the BBQ altogether.

I wouldn’t invite my mates over, listen to Triple J and float around in the pool on my inflatable thong to celebrate the death of your grandparents.

While the thought of ancestors may be far from your mind, for me it’s why I am here against the odds.

While we hoard toilet paper and chicken thighs, my ancestors adapted to their ever-changing surroundings for over 60,000 years in order to survive and that’s why I’m here.

And hey, maybe I’m not addressing you - you might not celebrate this day in allyship with Aboriginal and Torres Strait Islander peoples, but this might help your respectful argument your racist Uncle John at the up-coming family gathering, it may go a bit like this.

Uncle John: So, what are you doin’ for Australia Day this year darlin’?

You: I don’t celebrate "Australia Day". I think we should abolish the day altogether.

Uncle John: Why? I don’t know why they can’t just get over it! It happened so long ago; I’m not going to apologise for something I didn’t even do! I wasn’t even alive! They get everything they want, and they’re still not happy!

You: Uncle John, that’s not accurate at all. Colonisation is still happening today, this is really evident during this pandemic because Aboriginal people are so vulnerable to COVID-19, the Government are now trying to protect Aboriginal people because of something that happened in 1877.

Read more from Natasha: "Australia is known as the 'Lucky Country'. But not for Aboriginal people."

You: Colonisation is still happening today. We still make Aboriginal people jump through hoops in our legal system so they have rights to their own land to use for cultural practices.

"Even history books come from the narrative of the coloniser. This starts in school, our curriculum hasn’t ever really changed and from childhood you have this idea that people like Captain Cook and Arthur Phillip were these great discoverers, and they weren’t at all. It was the start of the little-known Frontier Wars, a lot of lives were lost, women were raped, language lost, knowledge lost forever and we’ve continued celebrate this every year Uncle John. It feels really wrong, I can’t celebrate Australia Day not even if they change the date, Ican’t celebrate genocide on any day of the year.

Uncle John: Yeah it’s real sad….. But It was a long time ago

You: Aboriginal people weren’t even included in the census until 1971, couldn’t vote until 1962, after much scrutiny Eddie Mabo fought the high court whereby, they recognised the fact that Aboriginal and Torres Strait Islander people were here thousands of years before invasion that only happened in the 1990s.

And so it goes on I know there are many Uncle Johns out there who will never change their minds, grow and change their views with time.

But at least I hope it can make you think more about what this day means and maybe you can change a few minds along the way.

Reply
Upvote
I think we have been doing it for years and I enjoy the day off and every body can enjoy this day how they are fit. I think everybody is over thinking it. Enjoy it and get over it!!!
M
mamamia-user-482898552 7 months ago

Reply
Upvote
3 upvotes
@ellavera How tone-deaf. It's totally inappropriate to ask a marginalised group who are still disadvantaged today to "get over it".
C
cat 7 months ago