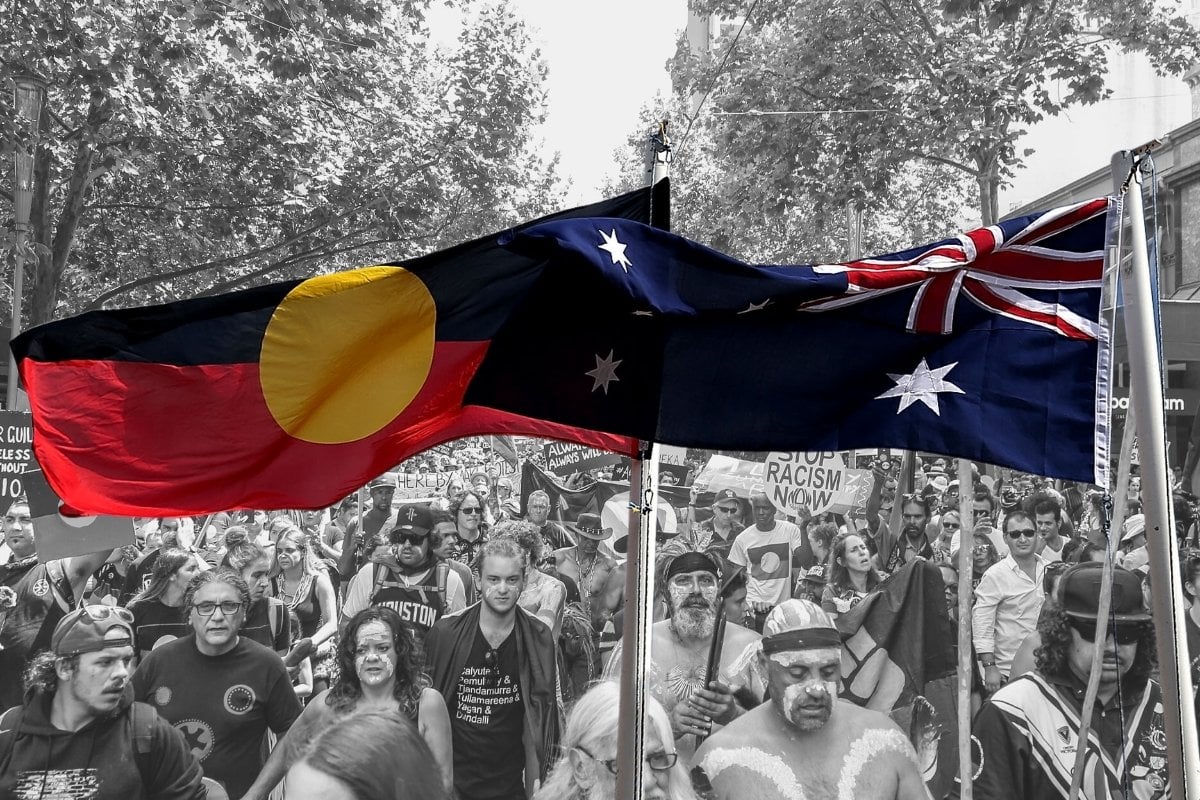 Every year in Australia, once the New Year festivities are behind us, the same debate mounts in the press, on social media and around dinner tables.

Should our national day be held on January 26, the day the Union Jack was raised at Port Jackson on the land of the Eora clans?

To some, January 26 is a modern tradition worth protecting, a celebration of what Australia looks like today. It feels like a moment to pause and acknowledge what we have.

To others, it can never be detached from the past, from an event that started systematic oppression of an ancient culture. It feels, as Woolwonga/Gurindji woman Susan Moylan-Coombs says, "like pressing on a bruise".

If you are among those who see changing the date of our national day as one way to help heal that bruise, here's a guide to common arguments against it and how to address them.

'We deserve to celebrate Australia and being Australian.'

Abso-bloody-lutely! We've got so much to celebrate as a country.

But by having that celebration on January 26, we're tying it to British settlement and positioning that invasion (in Reconciliation Australia's words) as "the primary source of Australian identity and pride."

There's more to us than that, more that deserves to be celebrated.

That includes the communities that thrived on and cared for the land for 65,000 years before Captain Arthur Phillip planted a flag in it.

'Settlement happened more than 200 years ago, though. It's got nothing to do with modern Australians, so why can't we just move forward?'

That event might be a long way in the past. But the legacy of it isn't.

January 26 marked the beginning of policies and practices that sought to steadily erase Indigenous people, their culture and language (think removal from their lands, massacre, slavery and the Stolen Generations).

The consequences of that have filtered through the generations, contributing to huge differences in health and financial outcomes for First Nations people, higher rates of incarceration and the number of children in out-of-home care.

If we 'move forward' without acknowledging that legacy, we'd only continue to leave some people behind.

'But changing the date of Australia Day wouldn't improve conditions for Aboriginal people. It's tokenism.'

True. It's not magically going to undo centuries of marginalisation and disadvantage. That will take policy designed in concert with Indigenous communities and leaders, representation in places that matter, understanding of past wrongs, and likely several decades.

But changing the date of Australia Day is something we can do now.

You may see it as tokenism, but to many, it's a signal of that understanding, of a willingness to move forward together as a unified country.

'How can changing the date be about 'unity' when it's catering to one part of the community?'

That is not inclusive.

Perhaps think of it this way... If Australia was invaded today, if a foreign power pushed us all from our homes, forced us to speak another language, killed us en masse, then chose to celebrate that fact year after year, would you want to join the party?