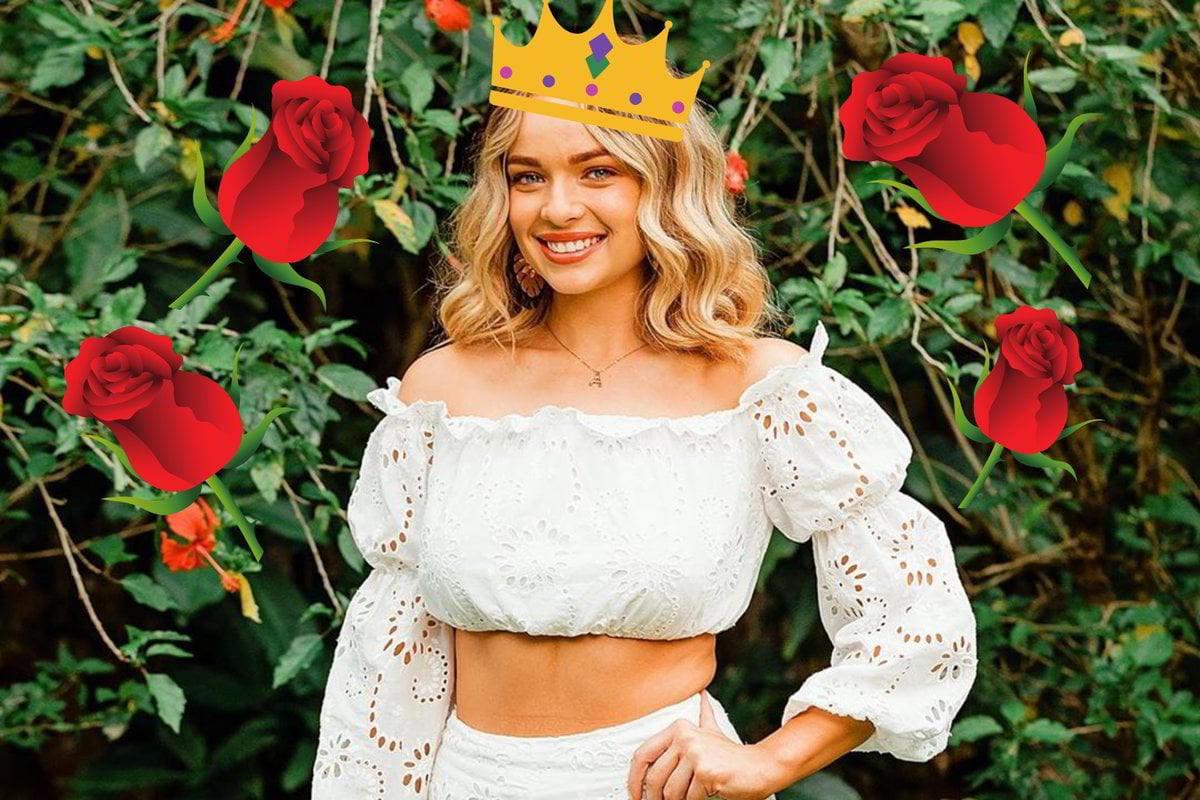 Bring back the Gemini Queen.

Abbie Chatfield was always going to be the best part of ﻿Bachelor in Paradise﻿.

Abbie, 25, is the vivacious feminist who was viciously bullied online last year when she competed for Matt Agnew's heart on The Bachelor, only to be dumped on a rock in Africa on the last day.

Watch: Mamamia recaps the all-time top five moments from The Bachelor and The Bachelorette Australia. Post continues after video.

Internet trolls, and her fellow contestants in the mansion, despised Abbie's sexual confidence.

But for all the haters, there were just as many passionate admirers who are now left saddened by her premature departure from Bachelor In Paradise this past week.

As disappointing as it was to watch Abbie not receive a rose at the first BIP rose ceremony, it also reminds us of what we said from the start: Abbie Chatfield needs to be Australia's next Bachelorette, as a matter of national importance.

The Bachelorette involves one woman dating as many as 25 men at once as the person decides who is the best partner for them. It's a highly coveted role, obviously.

Abbie, a woman who partly uses her platform to unashamedly talk about the importance of sexual health and confidence, would be a refreshing and energising force for the show.

A short but so so so sweet time in Paradise for Abbie & Janey. Farewell lovelies, you'll be missed! 😘😘 #BachelorInParadiseAU

A post shared by  Bachelor In Paradise Australia (@bachelorinparadiseau) on Jul 16, 2020 at 4:04am PDT

Plus, she's not afraid to call out the double standards. In a recent interview with ﻿Mamamia﻿, she called out the hypocrisy displayed by her castmates and in their perception, and reception, of Ciarran.

"It's ridiculous, Ciarran got with three women which he should be allowed to do, it's a dating show. He can do what he wants, and we had no emotional connection. He hadn't kissed Cass, and he liked Jess, he can do what he wants. But I should also be able to like one guy and be able to kiss him and not be shamed for it by the other women and Australia.

"Timm and Britt had a lovely romantic bath, does she get sl*t-shamed? No? Why is that?"

It's the kind of honesty and conviction the Australian television landscape needs. Drama that isn't contrived, but rather brought about by a woman on a feminist mission.

And look, I'm not the only one who is ready to see the return of Abbie Chatfield to our screens. There are clearly thousands of others...

Yoooo Abbie should be the next Bachelorette! Let her send some people home for once. #BachelorInParadiseAU

So, what exactly does Abbie think of all this?

Speaking to Who, the podcast host explained, "I would do The Bachelorette because I think it works really well and there are some really good success stories from it. I think it would be fun but I think I need a year or two off. I’m only 25 - I think the right age for it would be late twenties."

Abbie Chatfield for Australian Bachelorette 2023? We love it.

Reply
Upvote
2 upvotes
What? Why? She sets feminism back decades by using her sexuality to get anything. She is obsessed with getting on camera, hence her wanting to attach herself to Ciarran (who was guaranteed the most camera time). She doesn't deserve a career just for being good looking.
Surely we want to see women with actual talent on TV. Angie and Georgia are great examples of intelligent women whom we wanted to watch.
cat 7 months ago

Reply
Upvote
@anonymous I don’t think you understand feminism.
Also, you know it’s a dating show, right? You’re  supposed to use your sexuality to ‘get’ things. You can’t trade shares for roses or make logical arguments for them. It’s utterly absurd to complain that ‘Abbie only gets men’s attention because she’s sexy’ when we’ve LITERALLY PUT A BUNCH OF SEXY PEOPLE ON AN ISLAND TO COMPETE FOR ATTENTION.
mamamia-user-649450993 7 months ago