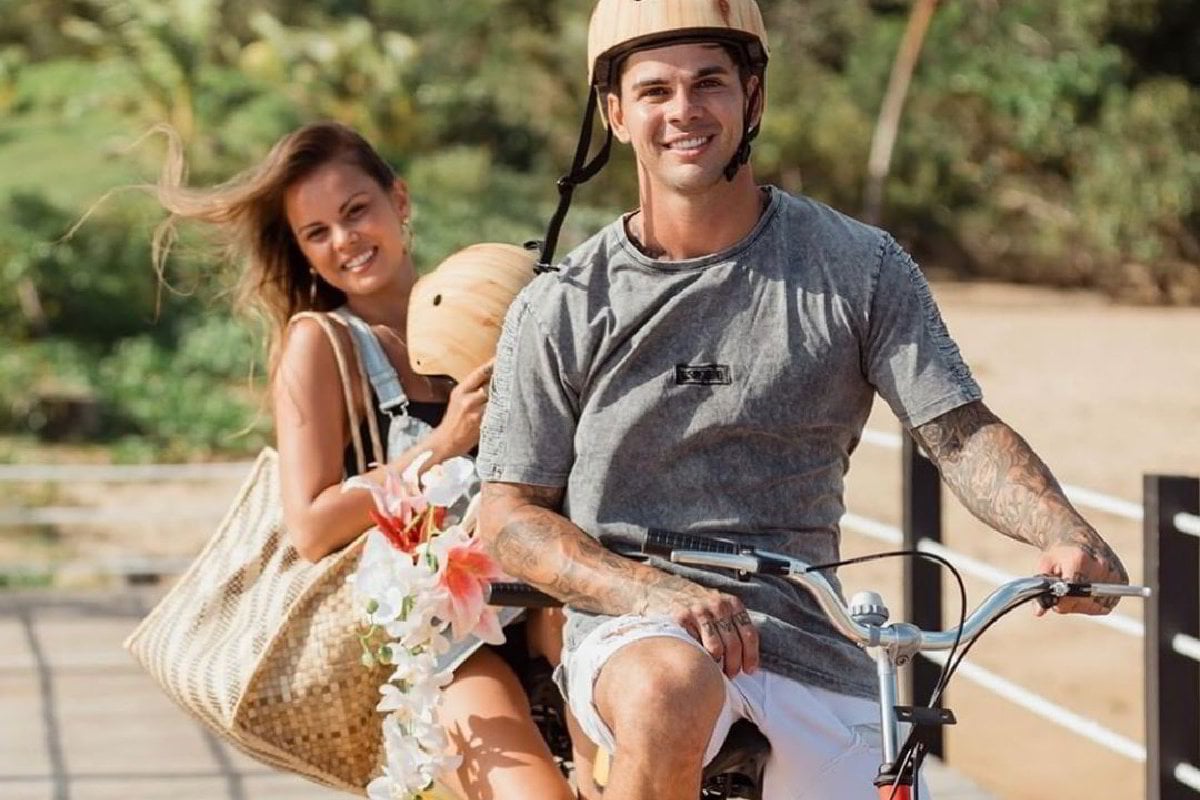 Bachelor in Paradise is back for another year, which means endless Hawaiian shirts, an irresponsible number of mango daiquiris, and most importantly, a whole lot of drama.

If you've missed it, here's the Bachelor in Paradise 2020 trailer. Post continues below.

But according to our extensive research (i.e. gossip found in various places), we have some spoilers.

Who ends up together? Who's low key dating someone else? Who's throwing shade during their promo interviews?

Well, step away from your Ciarran shrine, be﻿cause we have some tea to spill.

Although Renee Barrett and BMX rider Matt Whyatt look like they're hitting it off in paradise, some new spoilers suggest they don't last the distance.

Excuse me boys may I please take Renee on a date? 😂😂 is that better? @reneejbarrett #bachelorinparadise

When appearing on the SO DRAMATIC! podcast, Married At First Sight star Jessika Power (who is also Matt's ex girlfriend) explained that since filming in Fiji, the 28-year-old has been dating another reality TV star.

"They broke up not long ago and now Matt's dating someone else," Jessika began explaining.

"He's dating Kim Hartnett from Love Island," she then spilled.

On Saturday, Kim uploaded a photo out at lunch with a mysterious tattooed arm in the right-hand corner. 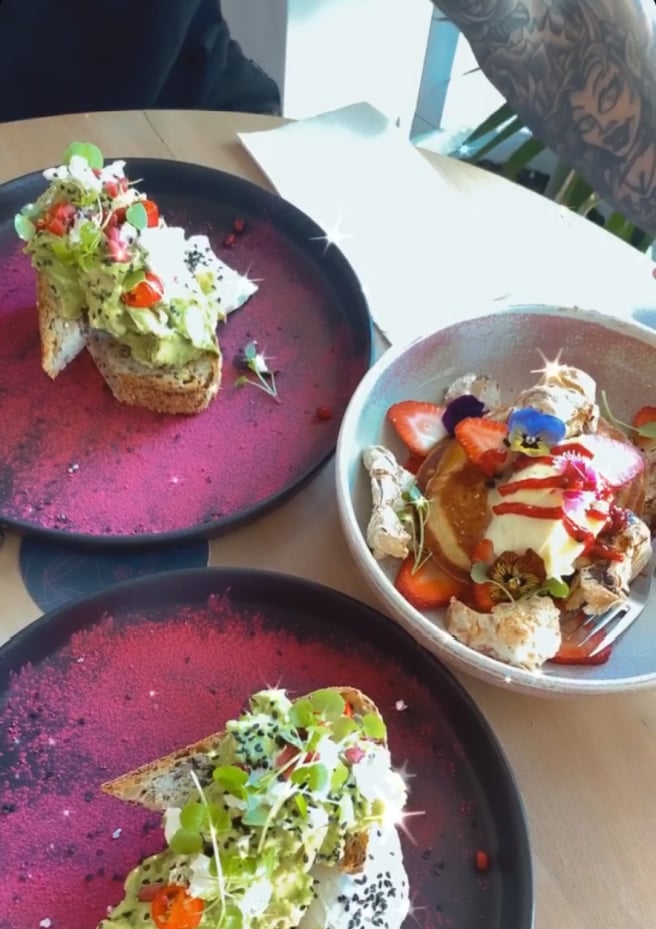 Now, have a close look at this photo right here. 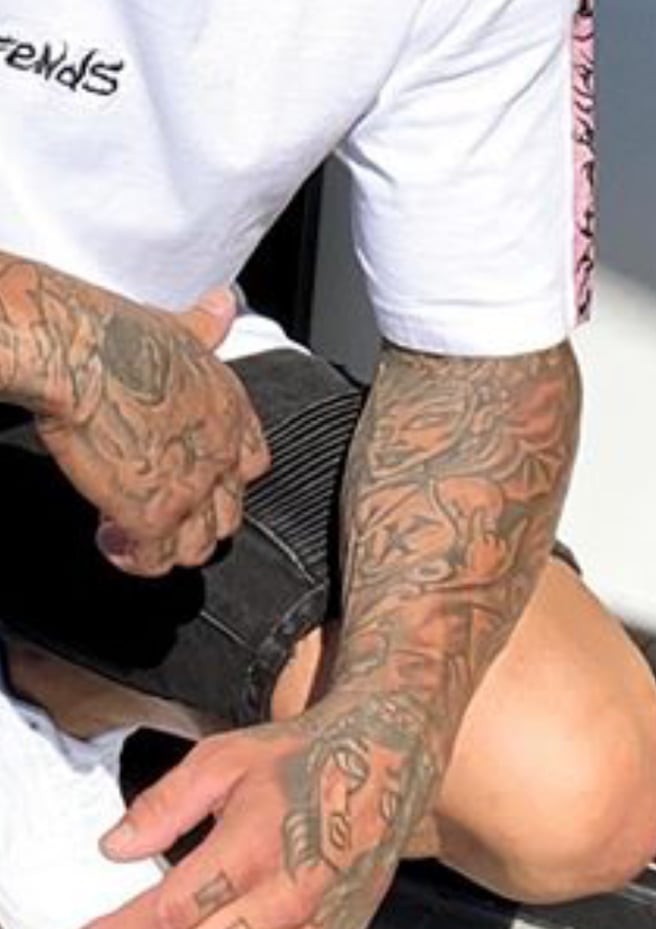 Precisely no one was expecting Abbie to be eliminated during the show's first rose ceremony.

But now it seems the 25-year-old might not be leaving paradise after all. ﻿

According to the Daily Mail, Abbie spent a total of 10 days in Fiji, where the show is filmed, late last year.

﻿She was reportedly seen catching a flight to Fiji from Brisbane Airport on November 3, along with her fellow co-star Brittany Weldon. Abbie was later pictured flying back to Australia on November 13.

The fact that she spent more than a week overseas suggests she may have hung around after her elimination to film additional scenes for the show. Or to speak to Jamie... about the whole being promised a rose situation?

While nothing has been confirmed just yet, we for one would love to see Abbie return to our screens.

As we've seen throughout the first few episodes Timm and 32-year-old Brittany Hockley have been getting close.

A post shared by Bachelor In Paradise Australia (@bachelorinparadiseau) on Jul 8, 2020 at 1:00am PDT

Now, the Instagram account BachieFunny has posted a screenshot of a chat between themselves and a fan, and the fan explained that they had seen Brittany and Timm on what looked like a date night.

"Hey just so you know, I walked past Timm and Brittany walking down Chapel Street in Melbourne the other night (pre second round of iso lockdown) looking very cuddly," the fan wrote in the direct message.

If this news is correct, the couple have now been dating for eight months.

There has, however, been plenty of pap photos circulating of Timm with a brunette woman who isn't Brittany.

So honestly, we're on the fence with this one.

Glenn Smith and Alisha Aitken-Radburn gave us all the feels when they met for the first time in paradise. The pair seemed to hit it off straight away and later got very close under a pile of banana leaves.

Now, some very compelling evidence has come to light which suggests Glenn and Alisha are still together after the show.

Instagram account Bachie Funny pointed out that a man in a blue jacket, who looks an awful lot like Glenn, is seen kissing a blonde woman in the show's promo trailer.

Glenn also appears to be wearing the exact same blue jacket in one of his Instagram photos, suggesting him and Alisha are one of the couples who make it to the final commitment ceremony.

In more evidence, it looks like Glenn and his fellow co-star Renee Barrett are trying to throw fans off the scent that he's dating Alisha in a series of Instagram comments.

"Counting down the days until the borders open," Glenn replied with a winking face emoji.

Glenn and Alisha also appeared to be on the same Darwin holiday with other Bachie contestants but were never photographed together, according Bachie Funny.