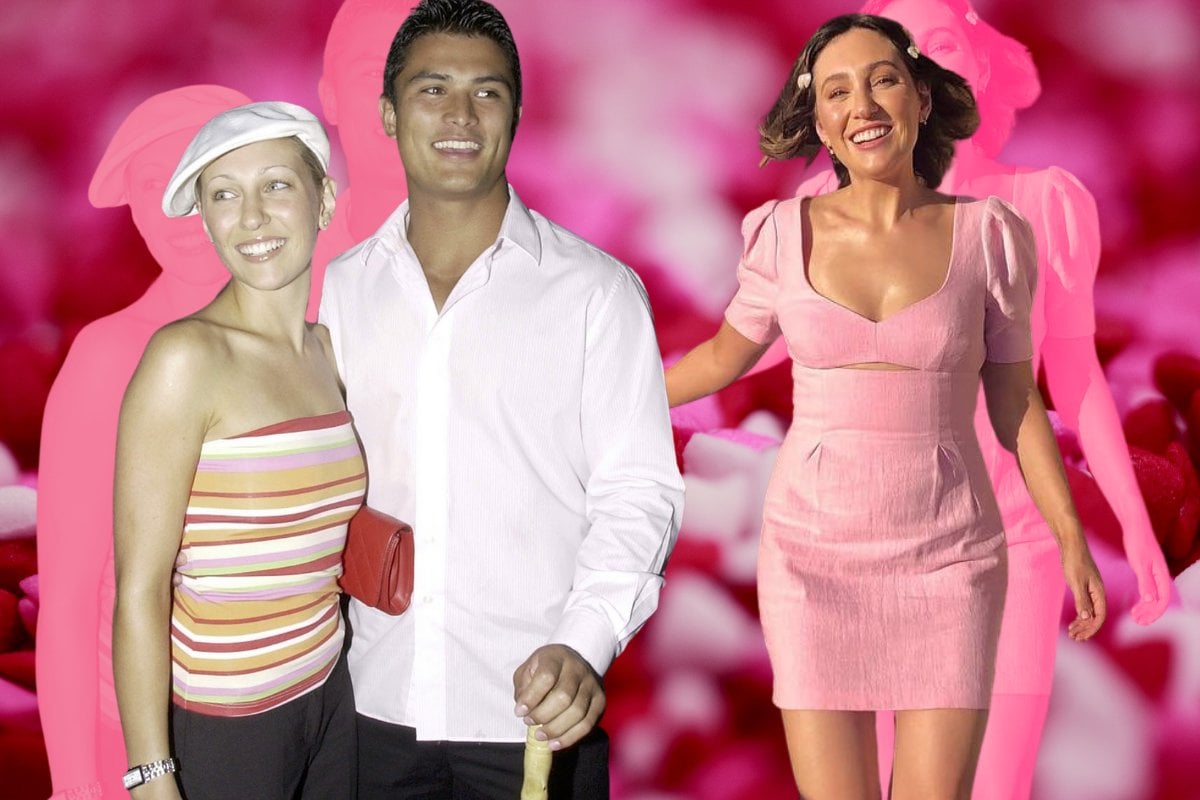 Zoë Foster Blake is, without a doubt, one of those women who we not so secretly wish was our sister. She’s quick-witted, damn successful and is full of piping hot relationship advice that frankly we all need to hear.

However, prior to her becoming one half of Australia’s favourite couple (AKA Hamish Blake and Zoë Foster Blake), Zoë had a rather surprising dating history - where she spent a significant amount of time being a WAG.

When Zoë sat down (via Zoom) with Mia Freedman for an episode of No Filter, she dived into her dating life pre-Hamish.

Now listen to No Filter, Mamamia’s podcast where Mia Freedman interviews Zoë Foster Blake about her life, relationships and how she kick-started her career. Post continues after podcast.

So, here’s what we now know about Zoë Foster Blake’s dating life before Hamish.

“I think when I met you, you were dating Craig Wing and you were a WAG before the word WAG was even a word. How did that happen?” Mia asked the Go-To Skincare CEO.

“The honest truth is that I was working as a promotional girl when I was 18 for Bensons & Hedges [the cigarette brand]. I was dead broke, I deferred uni and I had moved to Sydney, and I still don’t know why. I had not a dime, not a friend, moved into a share house from Bunadnoon and had a very lonely, strange year where I did night packing for Coles, telemarketing, the lot. And then some girls on the street asked me to do promo work, and I’m like, ‘20 bucks an hour? Oh yeah!’.

Now watch Zoë Foster Blake on how her makeup routine has changed since becoming a mum. Post continues after video.

“So we would dress up in gold and hit the city on Friday nights and sell cigarettes in clubs and bars. And one of those nights where I was doing the 12am to 4am shift, where you’d have glow sticks on your tray and walk through clubs - and he was there. Minding all the coats for his friends, sober and bored. And we just got chatting.”

That chat led to a nine-year-long relationship with Craig, who was then a professional rugby league and rugby union player, playing for the likes of the South Sydney Rabbitohs, Sydney Roosters and Australia.

Craig playing for those clubs meant that Zoë, by default, was a WAG.

“What was that world like?” Mia asked on No Filter.

“It was a funny weird world, and it was a lot for a woman - and this was pre-social media because mobile phones were just coming in and the internet wasn’t even a thing. So I really do feel for the partners going through it now.”

“But then, we were just a couple of dags. We were really young and took it all in our stride, but I think as he became more successful and famous and the attention was on him a lot - and he would get a lot of attention from women. I definitely struggled with that.”

At this point in time, Craig was undoubtedly the star in the relationship as this was well before Zoë had become a household name. She openly describes herself as “arm candy” during that period but explains that she actually didn’t mind all the attention being on Craig because she was “just as star-struck” as everyone else.

“It was definitely all about him. It was a hard and weird world, and there was a clear division between the footballers and their partners.”

Zoë went on to write a book called Playing The Field about a girl who moves to Sydney and falls in love with a star footballer and is thrown “eyelashes first” into the world of WAGs. We’re not drawing comparisons here, you are… 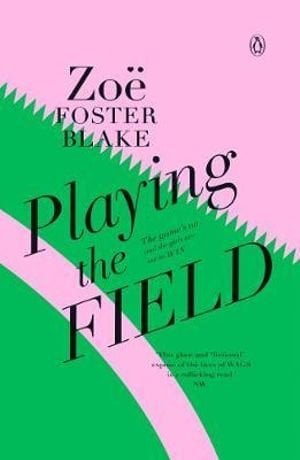 “But then we split, and that’s when I started at Cosmo, and that was my butterfly moment.” Zoë goes on to explain about her epic year of singleness, but before we plunge into that narrative, she does admit that she went back to Craig after they ended things.

“I went back to him, there was more," she said.

“I had at least a year [before going back to him. He had been sending flowers and trying to get me back, so my friends were rolling their eyes and telling me, ‘For god’s sake can you just get him off your back’ - which makes me sound so arrogant! But it was one of those things where if you don’t go back, you don’t know for good and you’ll always wonder.

“But it wasn’t the right move, as it turns out.

“I left the relationship for good when I was 29. I was with him for eight or nine years, with that gap in the middle.”

When asked if Zoë ever thought she was going to marry Craig Wing, she said, “I thought so, yeah. Particularly when I was younger. I just thought that was the way it goes, and that’s the way that a lot of people think in their late teens and early twenties - like, I guess this is it.” 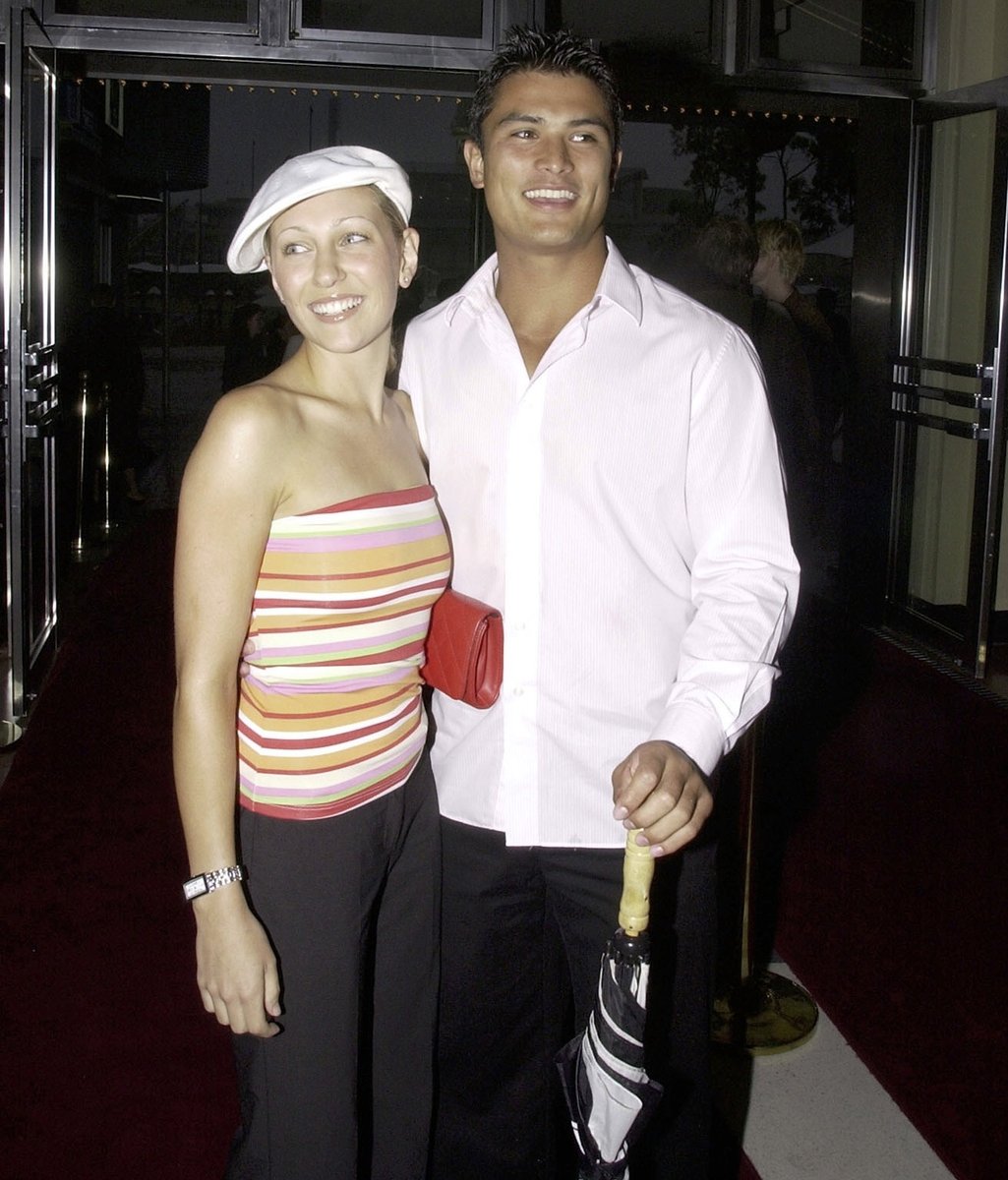 “But I didn’t know anything about the world, or know what else was out there or who I really was - which is why I always say, don’t lock in a partner until you’re a bit older and have a bit of experience," she added.

“But yes, I was just assuming that would be the way it would roll, even though I think I knew in my heart that I probably wouldn’t have been that happy.”

Zoë Foster Blake on being single. And absolutely loving it.

When asked about her single years, Zoë was pretty damn enthusiastic about them.

“I felt like Sarah Jessica Parker. I was living in the city, I was single and I loved it. It came at the perfect time," she told Mia.

“It became an essential part of the fabric of my life. First that lonely year in Sydney by myself and then that year of blossoming around strong, creative, brilliant women at Cosmo and getting my confidence back.”

“I think now we’d call that a relaunch,” Mia interjects.

The two, who go way back in the magazine world (with Mia being Zoë’s boss at both Cleo and Cosmopolitan Australia), discussed The Rules book that Zoë would follow when it came to dating and playing the field.

A copy of The Rules supposedly fell onto Zoë’s head when she was inside the Cosmo beauty cupboard - mimicking a scene you wouldn’t be shocked to find smack bang in the middle of a rom-com. The book preaches the idea that you should let men chase you and that you should see yourself as a prize.

“I read it,” Zoë explains, “And I became enchanted and obsessed with it”. “It sort of helped me with my self-esteem and my self-worth at a time when it was really low.”

Despite that, Zoë stands firm in the fact that being single was “the best”.

“I had a wonderful year of being a grown-ass woman with money, confidence, a good job. I lived by myself, I travelled - really just had a wonderful freeing time. I loved it. I felt like I deserved it and I’d earned it, because i’d been in a not-happy relationship for a while and I really wanted to experience joy.”

“So that’s what I did, and I think that put me in a really healthy mindset for when I eventually settled down with Hamish.”

...Which leads us perfectly up to the point in time that we know way more about: When Zoë met and fell in love with Hamish Blake. 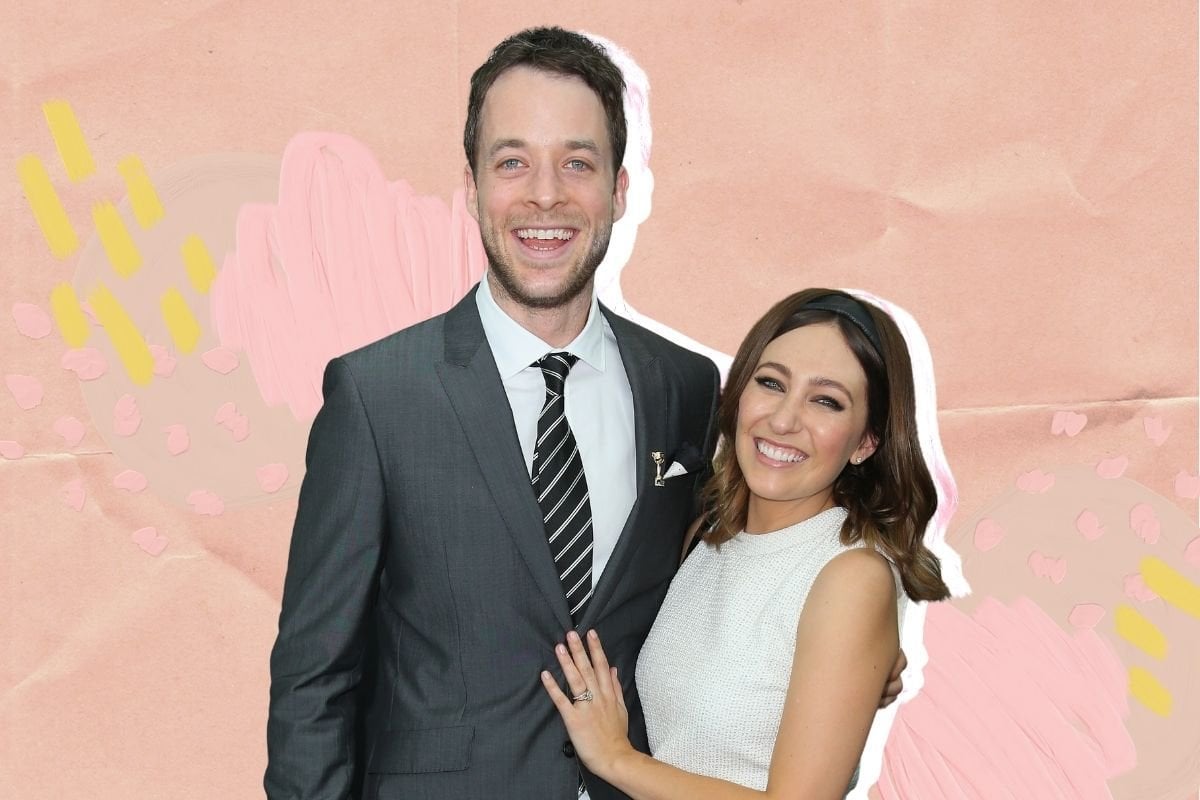 However, if you feel like you need a little update on that part of Zoë Foster Blake’s life, then head on over to our deep dive on their epic love story.

Now read: "Been missing you..." The beginning of Zoë Foster Blake and Hamish Blake's love story.