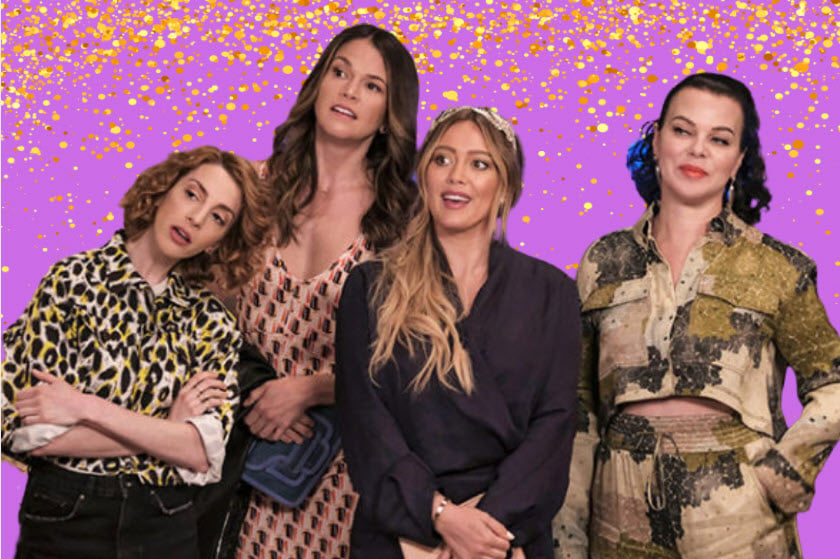 For as long as I can remember, I have been relentlessly mocked by my colleagues because I had not watched Stan's Younger.

It would come up weirdly often, in meetings or general office chit chat, especially when a talk about #TeamJosh or #TeamCharles left my face looking very... blank.

It would always end the same way: "WHY HAVEN'T YOU WATCHED IT YOU ABSOLUTE WEIRDO", with headshaking and finger wagging. It was a fair question, because a funny series about book publishing and good-looking people in New York City is very much up my alley.

It was just one of those things I'd put aside as being a big commitment; you know? Six seasons (seven as of this week!) would require a lot of time (or so I thought).

But rather than file a HR complaint against my workmates, I caved. Like... well and truly caved. Caved so hard I'm now totally caught up on Younger ahead of season seven's premiere on Thursday April 15, and it's only been a week.

I have done nothing but watch this damn show for EIGHT WHOLE DAYS and I'm overwhelmed by it all. I have so many thoughts swirling around in my mind and I simply must share them all.

Which brings me to this very chaotic list of thoughts, feelings and opinions. LET'S DISCUSS:

Do we really believe anyone would... believe Liza is 26?

It feels like a stretch? This is surely not a controversial take? But hey, I very easily turned a blind eye because I was two minutes into the pilot and already hooked.

Maggie is the best character on this show.

Maggie is cool, funny and a really bloody good friend, not just to Liza but to the rest of the group too. She's always there to offer advice (it's not always good advice but...) and has the best dialogue by far.

The only thing I'll miss more than Josh's face when Younger is over forever is Maggie's innuendos.

If only we all had 1/10th of Lauren's confidence.

PR queen Lauren is chaotic and full on, but no one is a bigger cheerleader for 1. herself but also 2. everyone else. Lauren's loyal and bold and she gets s*** done.

If she could bottle up her enthusiasm, I'd buy all of it.

I AUDIBLY GASPED. I CAN'T BELIEVE THE GUY FROM GLEE DID... THAT.

I love all the parallels to real-life people.

The pop culture references are really fun, and didn't feel dated even if I was watching the first few seasons five years too late.

The most obvious is of course Empirical's fantasy writer Edward L.L. Moore, who is a dead ringer for Game of Thrones creator George R.R. Martin, followed by Marie Kondo knockoff Kiko Kagami.

My personal favourite though, is 'sick-lit' author Rob Olive. The last name brings me such joy, because he's a perfect match for The Fault In Our Stars' Frank Green.

How did we get through six seasons without knowing Josh's full name????

THEIR WORK EVENTS INVOLVE SO MUCH KISSING.

Kelsey's imposter syndrome was an important storyline to show.

In a series all about being a millennial, no storyline surmises the generation better than the time Kelsey lay on the floor in a designer dress, that looked like a Jurassic Park dinosaur, to cry about how she doesn't know what she's doing.

She'd just been made editor-in-chief of her own imprint, was totally overwhelmed and feeling like she didn't belong there. 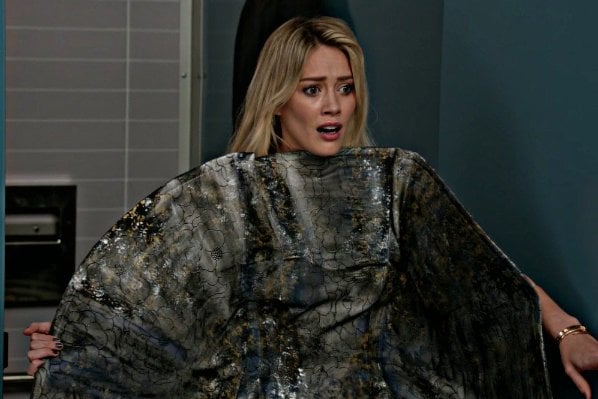 There are hints of similar feelings throughout the rest of the seasons too, even when she scores the biggest job in the company.

I mean, I've never worn a Jurassic Park dress, but otherwise, the imposter syndrome is #relatable.

What the heck is my relationship's 'third leg'?

I'm watching this for light entertainment and but now I'm having a personal crisis, so thank you made up DIY couple.

Does Sydney have a gay bar where everyone sings show tunes?

And does it have a Diana Trout-esque regular? This should be a pre-requisite for any great city.

Ok that dinner party scene with the garlic is one of the funniest things I've ever watched.

I was laughing out loud throughout the entire thing, and for a good while afterwards too. Gold. 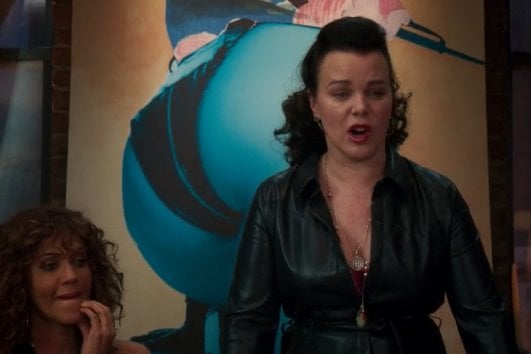 I LOST IT AT THIS MOMENT. Image: Stan.

When Maggie stood up and announced "It's me! I'm the garlic knot. Beth stuck a whole clove up my pussy" I'm telling you I cackled so loud.

In season 5, episode 7, Kelsey and Zane text about meeting for coffee before work, and it's already 10.07am.

What kind of weird work hours are these people pulling?

Oh my god, Josh's baby mama is Daphne from Bridgerton.

Is THIS revelation why the Duke isn't returning for season two?!

The real love story is about female friendship.

Younger would be compelling to watch even without Liza's big Charles or Josh dilemma, which to me is its true marker as a great show.

And I know most people would say Liza and Kelsey's friendship is number one, but Diana is for sure Liza's most unconditional supporter.

Josh's character has developed to be without Liza.

For the first few seasons, we only knew Josh in relation to Liza.

However, as the show progressed, we saw him without her and I really liked it.

He's become a father and expanded his business, and built solid friendships with other characters - especially Lauren and Maggie - which are a total joy to watch. They're now just friends hanging out, instead of two people who know Liza hanging out.

I HAVE NO IDEA WHO I WANT HER TO END UP WITH.

Josh and Liza didn't work out because they wanted different things in life and at this point, it feels to me like them being together would be a step backwards, but then I also feel like maybe they're meant to be?

Then there's Charles, who is more perfectly matched. I can't help feeling like he is end game... but then again, is he the safe choice? 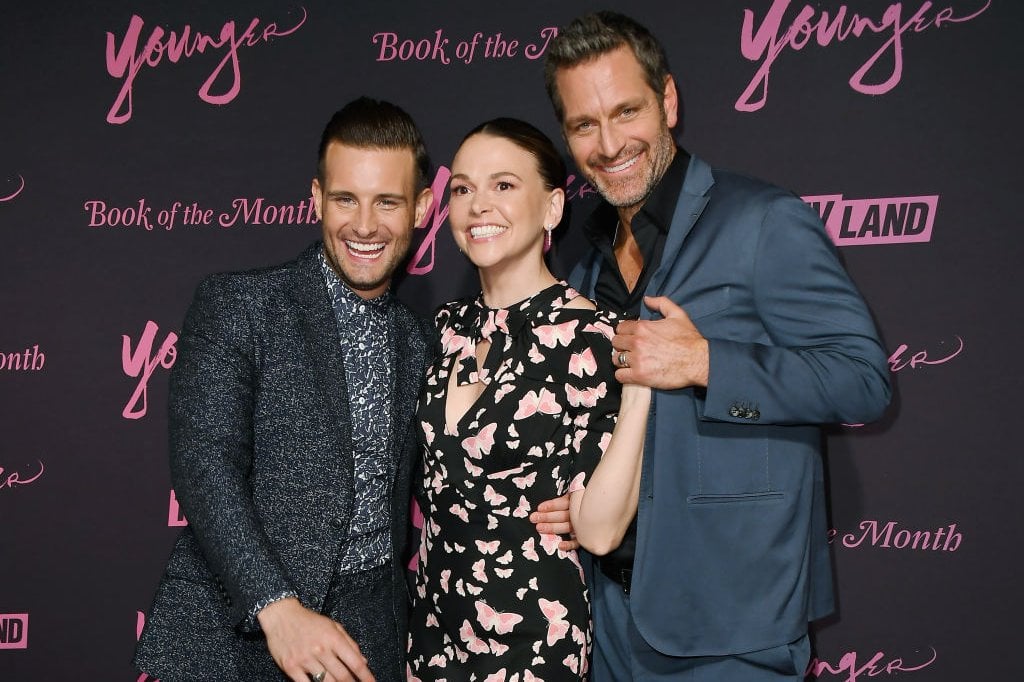 LOOK AT THEM. HOW DO YOU POSSIBLY CHOOSE? Image: Getty.

The more I think about it, the more I get myself tangled in knots.

Thankfully, I've devoured all the series' episodes ahead of season seven's launch, and I'm really bloody ready to see how Younger's writers give my new closest friends the endings they deserve.

The brand new season of Younger will premiere April 16, exclusively on Stan. In the meantime, you can watch the first six seasons of Younger on Stan now.

L
liv.law a year ago