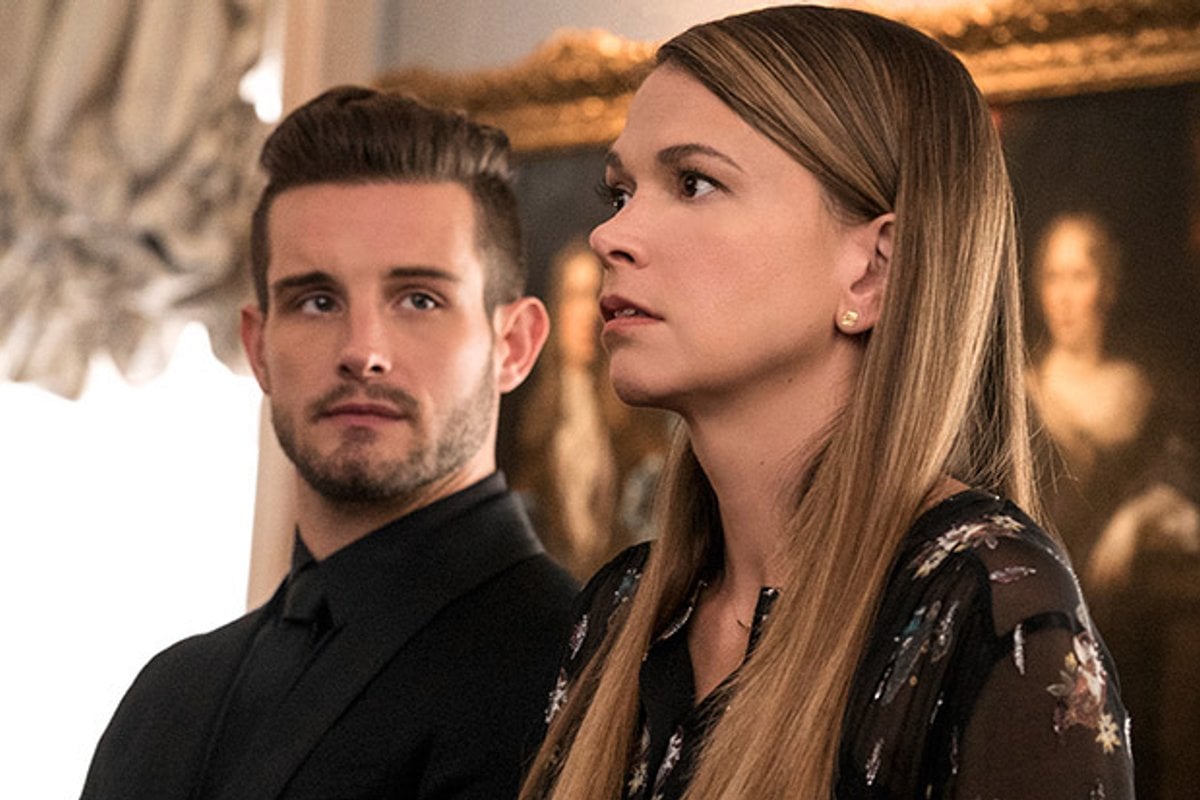 For six years now we've been invested in what is possibly the greatest love triangle of the modern TV era.

And we're desperate to know - does Liza ended up with Josh or Charles?

Does she say yes to Charles and live happily ever after in a 40-something publishing power couple? Or does she risk everything to try things with Josh again?

Thankfully, we don't have long to wait as the first four episodes of season seven of Younger will premiere exclusively on Stan on April 16.

Watch the official trailer for Younger season 7, streaming only on Stan. Post continues below.

Here's everything you need to know before season seven drops:

When and where can I watch Younger season seven?

The first four episodes of Younger season seven will drop on Stan on Friday, April 16.

In the meantime, you can catch up on or relive the glory that is the first six seasons of Younger on Stan.

Ok if you've yet to experience one of the best TV shows of our time that combines both possibly the greatest TV love triangle of our generation and also the extreme highs and lows and lols of the American publishing industry, you're in for a real treat.

Basically Younger follows Liza Miller (Sutton Foster) a 40-year-old divorced mum from New Jersey, who lies about her age to break back into the publishing industry.

At the same time she starts dating the ridiculously good looking Josh, a 26-year-old tattooist from her neighbourhood who mistakenly thinks she's the same age as him.

She also starts to develop a crush on her boss Charles, who is the same age as her but who thinks she's 26.

Enter drama, lols and a back and forth between Josh and Charles that has kept us on our toes for six seasons now.

Over the six seasons, everyone - including Josh, Charles and Kelsey (Liza's boss and best friend, played by Hilary Duff) find out who Liza really is and try to keep her secret hidden from the wider publishing community.

So, where did we leave Liza, Charles, Josh and the gang at the end of season six?

In the final episode of Younger season six, Charles asked Liza to marry him while they were at Diana and Enzo's wedding.

She didn't have time to answer though before she was (mercifully) interrupted by a swarm of people on the dancefloor.

Not long before this moment, she'd had a conversation with Josh where she told him she didn't want him to mass-produce the hourglass tattoo he designed for her.

Which leaves us with the question - will she say yes to Charles or does she still want to be with Josh?

Obviously we left Diana and Enzo as newlyweds - finally!

In the final episode, Kelsey agreed to return to Millennial after a brief stunt of joining forces with Quinn. And she'd allowed herself to be vulnerable and start feeling something for Zane.

So, what's in store for season seven?

The cast and crew have remained pretty tight-lipped about what's actually going to go down in season seven.

However, the show's creator Darren Star, has hinted that what happened at the end of season six really set up what's going to happen in the final season.

“It felt like there was a lot of story to tell in this season and next season becomes something different. We sort of set the table for what that is at the end of this season,” Star told The Hollywood Reporter.

Star has also hinted COVID-19 will play into the season which was filmed during the pandemic.

“A lot of episodes were written before the pandemic… The action of Younger sort of picks up where the last season left off, which was before the pandemic. But I do think we’re looking forward to incorporating it into the action as the season progresses,” he told Film Daily.

The teaser video (which you can watch above) hints that Liza does say yes to Charles... at least initially. That Kelsey is facing some kind of career crisis that could bring down Millennial. And that there's going to be plenty of twists and turns and surprises along the way.

The first four episodes of Younger season seven drop only on Stan on April 16. You can watch the first six seasons on Stan now.