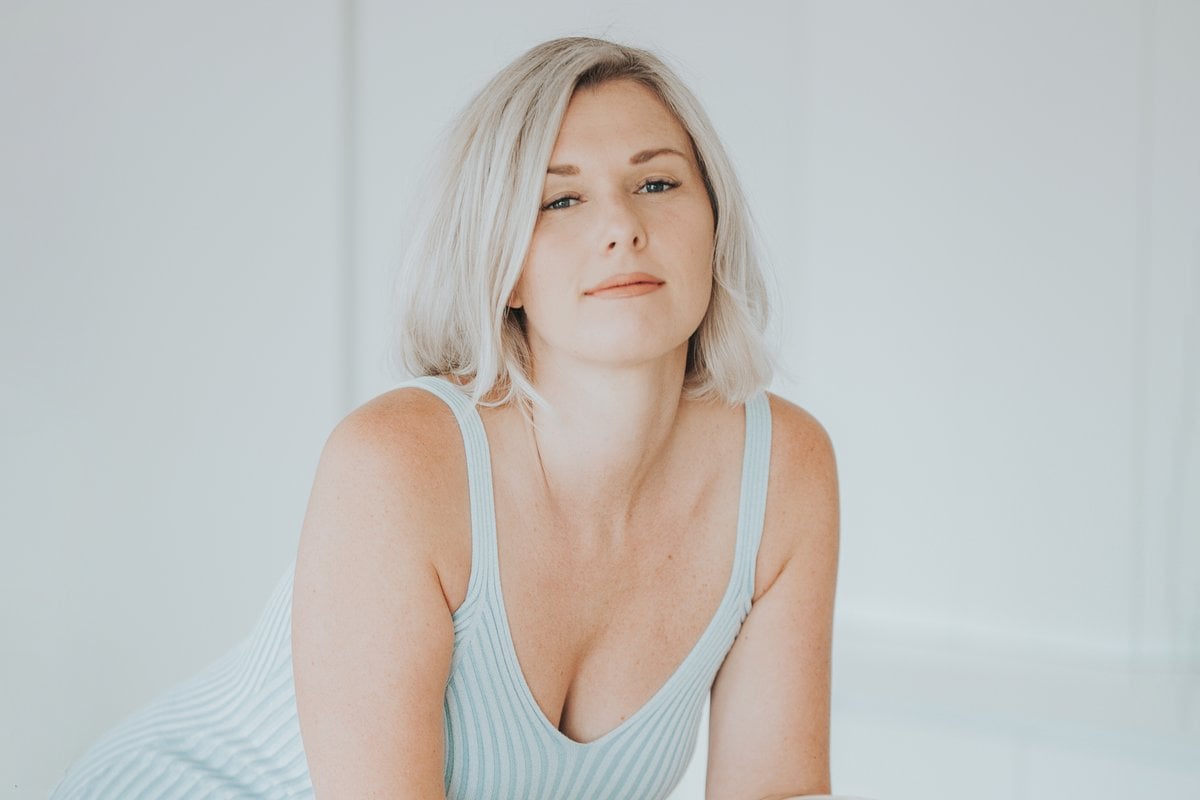 Yes, there is life after cheating.

Sometimes a life even better than it was before.

Five years ago, I wrote an article for Mamamia, entitled ‘A Letter to My Husband's Mistress’. Out of respect for my ex, I concealed his identity.

This week, he’s on a national TV show, sharing his experience being on the other side of adultery.

As confronting as it is to have it all brought to the surface again, it’s interesting to look back and see how things have changed.

Since then, we have officially divorced and finalised the formalities of separating of our lives.

I have grown a business, another baby and a great relationship.

My ex, my partner, our children and I have celebrated almost every Christmas and birthday together, at times including all three of our extended families.

We’ve enjoyed countless Sunday night dinners, and even travelled overseas for a trip to Thailand together. We’ve created some beautiful memories that I know our daughter will treasure.

At times I’ve cried to my ex. At times he’s cried to me.

We’ve fought and argued, talked and not talked. We’ve hurt each other and at times we’ve helped each other heal. We are still weaving our way through it all, and we’ll continue to.

Some people find it hard to understand. They assume that for me to still care about him, it must mean I’m still in love with him. I’m not. I promise. But I don’t hate him either.

He’s a human being and he’s the father of my child.

His mistake doesn’t define him, and it doesn’t need to haunt him. He’s lost many friendships as a result of his affair, and he’s had potential relationships fizzle as a result of it too.

It doesn’t bring me satisfaction to see that. My healing does not require his suffering.

Following that article, and the subsequent articles written about it, I’ve received countless emails from people around the world who’ve been cheated on, asking how to get on the other side of it.

To them I say, focus on you. Heal you.

One reason it hurts is that it brings up fears we have about not being loveable enough, fun enough, pretty enough, anything enough. Start there. Work through that. Learn how to love yourself so much, that a partner isn’t required to complete you.

While trying to heal from the affair and attempting to repair my marriage, I fell in love with somebody else.

As I was putting my shattered pieces back together, I realised I wanted a different kind of love. I wanted to fix things, and at the same time I developed feelings for another person.

Life is complicated, right? I now have a baby with that ‘other’ man. So I can relate to the feeling of craving something you’re not supposed to have. It’s powerful and there is a whole lot of interesting biology involved.

This isn’t something that’s talked about. The cheaters don’t get a voice. They’re only allowed shame. Not compassion, not empathy.

They somehow cease to be a human who deserves respect. That’s the beautiful thing about ‘You Can’t Ask That’. It speaks to the unspoken.

It’s tempting to want to ‘cancel’ people who cheat.

To taint them forever with throwaway lines like ‘once a cheater, always a cheater’. That statement is as unfair as it is inaccurate.

In this week’s episode, my ex says something like: "A person who has done it and lost everything, isn’t in a hurry to do it again."

When he told me he was going on the show he said: ‘Blokes need to be talking about this stuff. So many dudes are depressed and struggling and feel like they can’t talk about it.’

For those who have cheated, I will say this.

Feeling guilt for hurting someone makes sense, guilt can guide us to growth, but feeling shame doesn’t. Shame gets you nowhere. Self-hatred isn’t how you show remorse.

You get to live a life. You still deserve love, in whatever form that takes. Work on you. Heal your stuff. Get to a place where you feel solid within yourself, where you can hold your head high. You are not a piece of dirt, and everyone who wants to grow as a person deserves the chance to.

Season 6 of You Can’t Ask That, including the “Cheaters’ episode is available on ABC iview from Wednesday 28 April

Carlie Maree is a Wall Street Journal bestselling author of the book, Soul Modes. She is the creator of the podcast, ‘Genius Unleashed’. She supports women to find their natural flow in life and business. Her work has recently been featured on Mindvalley as well as USA Today.

Reply
Upvote
Just accidentally watched that without realising the connection. Mamamia gets mentioned.