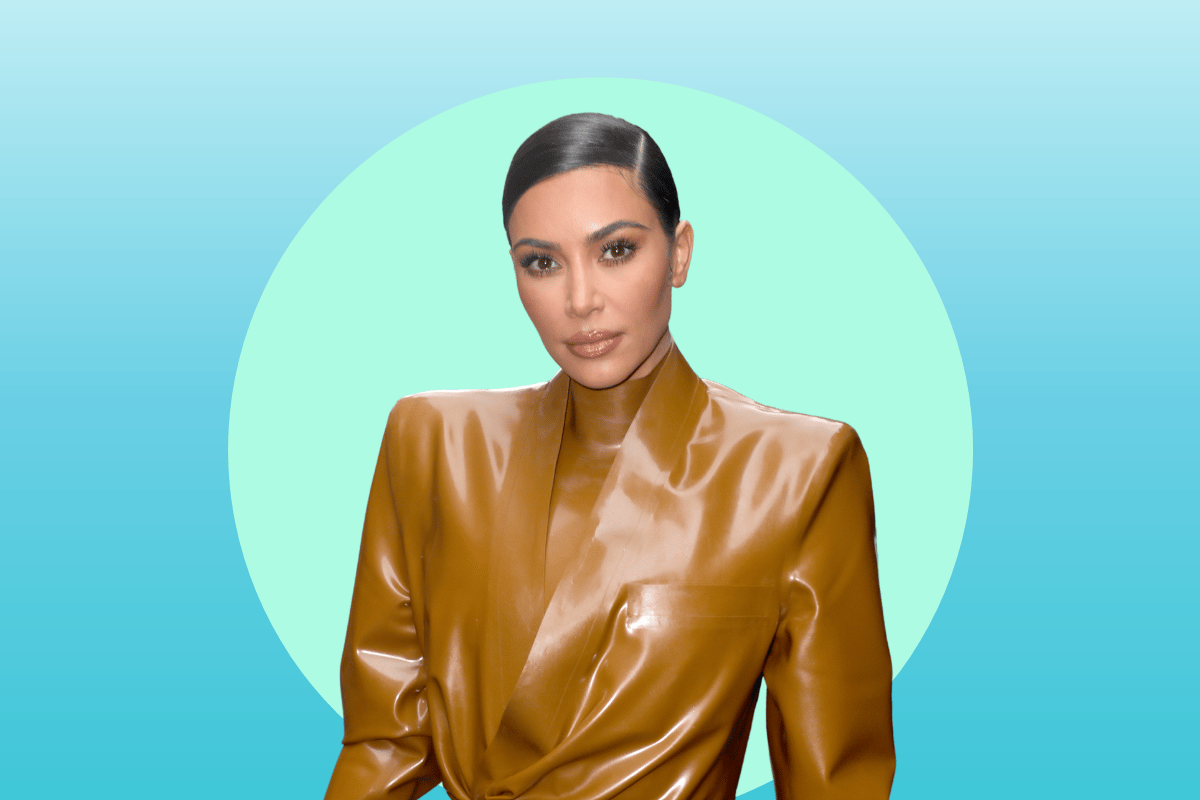 From the outside, working for the Kardashians seems like a pretty sweet gig.

You get to tag along on family holidays, gets your hands on a lip kit or two and could even become Insta famous (we're looking at you Makeup by Mario).

But according to her former employees, working for the family might not be all that it's cracked up to be.

Just last week, news broke that Kim Kardashian is reportedly being sued by seven former members of her gardening and maintenance staff who claimed they weren't compensated for the hours they worked, weren't given adequate breaks, didn't receive any overtime pay and were paid late... which obviously doesn't sound too good.

Kim's legal team later issued a statement, explaining that the workers were paid through a third-party vendor.

"Kim has never not paid a vendor for their services and hopes that the issue between these workers and the vendor who hired them can be amicably resolved soon."

Kim and Kourtney have a physical fight on Keeping Up With the Kardashians. Post continues below.

She later addressed the claims herself, when she was asked if she pays her employees in an Instagram Q&A this week.

"Absolutely I respect people for their time and their hard work and unfortunately these workers are suing the wrong person," Kim replied.

"I paid the vendor, and it's their job to pay their staff. I hope that they are able to get this issue resolved soon." 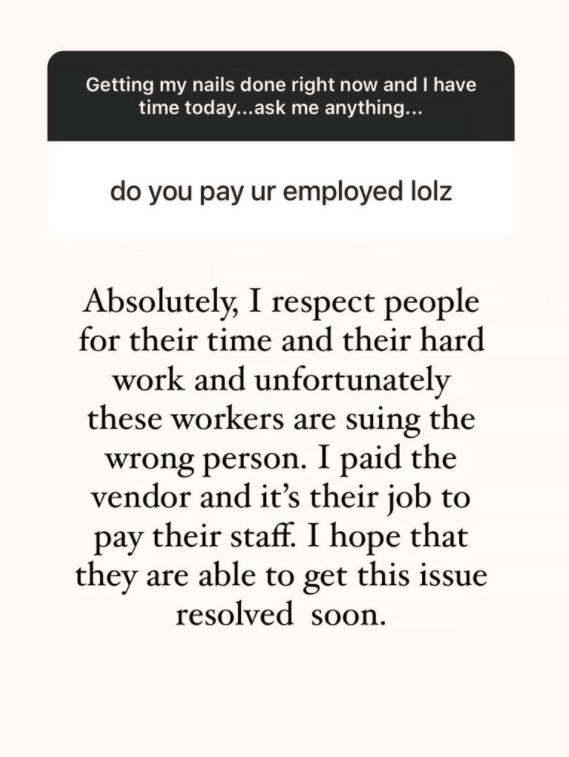 This isn't the first time we've gotten an insight into what it's like to work for the Kardashians.

Here's what staff have said about working for the famous sisters.

Being an assistant to a Kardashian means being available ALL. THE. TIME.

It's something Victoria Villarroel had to learn when she started working for Kylie Jenner, after previously interning for her mum, Kris, in 2012.

"To be a personal assistant, you have to be 24/7. I don't know how you could just be nine to six," Victoria said in a video on Kylie's website.

"She’ll call me at 2am and I will answer, I don’t really have set hours. It’s pretty much whenever duty calls."

Victoria was also responsible for 'coordinating everything'.

"You basically do scheduling, travel, event... Or any appearance that she has, award shows, the stylists, booking all her appointments and keeping her calendar up to date."

"I’ve learned a lot from her and her family," she added. "They all have their s**t together, for sure. They are inspiring."

Victoria eventually stopped working for Kylie in 2019. But the pair are still good pals.

"We both decided it was time to grow without each other professionally about a year ago!" she wrote on Instagram last year.

"She’s still one of my best friends and our relationship has only gotten stronger."

Back in 2016, Kylie's assistants dished what it's really like working for the then 18-year-old in a video on Snapchat. And it turns out she's really particular about her drinks.

"Kylie asks me for the same f**king smoothie every morning," one of her assistants said. When she asks which flavour, Kylie responds "you should know the flavour."

Another assistant also shared that Kylie's drinks need be a certain temperature.

"You are particular about your beverages," she said. "If the smoothies gotten too warm, forget it."

In more recent news, Kim has called out Kourtney for the way she treated her children's nanny.

In an episode of Keeping Up With the Kardashians, Kim confronted her sister after she made the nanny cry.

"She said that she felt so degraded by you and you just started yelling at her," said Kim.

"Oh, my God. She's lying," replied Kourtney, before adding that the nanny called her six-year-old son, Reign, "a liar".

"If you think she works for you, that's totally fine," she continued. "She would never work for me with the way she acts. That's totally your choice... She will not ever be around my kids."

Kim then pointed that Kourtney "can't even keep a nanny", which obviously escalated things further.

"Kim, shut the f**k up, honestly. The way you're talking is wild. You keep projecting all your bulls**t onto me," said Kourtney.

Apparently they're the "kindest" people to work with.

Despite all their apparent demands, make-up artist Hrush Achemyan said the Kardashians were the "kindest clients" she's ever worked with.

"They found me through Instagram, which is crazy. And then we had mutual friends," Hrush told People in 2016.

"I feel like the Kardashians are the ultimate authority on glam. I don’t care what anybody says – they are."

She went on to say the family are beautiful people on the inside.

"Their beauty resides from within. They are probably the kindest clients I’ve ever worked with."

Hrush has now become a friend of the family's and has gone on to work with stars like Jennifer Lopez.

You need to take notes.

If you're going to work for the Kardashians, taking notes is key, says Stephanie Shepherd, who was the former COO of Kardashian West Brands.

"We have interns through Jenner Communications, and every time I see an intern not taking notes when they're getting instructions, I’m like, you’re gonna f**k this up!" she told Refinery 29 in 2017.

It's a LOT of work... but you could reap the benefits.

Makeup artist Mario Dedivanovic has risen to fame after he started working with Kim in 2008.

Not only did the pair collaborate on a KKW Beauty palette in 2019, but Mario also launched his own cosmetics brand last year.

"Kim was incredibly loyal, and I was loyal to her and loved working with her. Her face was just kind of made for me, and when I started working with her I was able to establish my style of makeup. It just so happened that that style that worked really well on her and that was the style that she loved for herself," he told Fashionista.

But the success didn't come without hard work.

"Kim was so busy," he told the publication.

"A typical celebrity will release a film or an album, so they work a lot for a few months doing promo. But with Kim, it was literally 365 days a year. There was something happening every single day, whether it was a shoot or red carpet or her show."