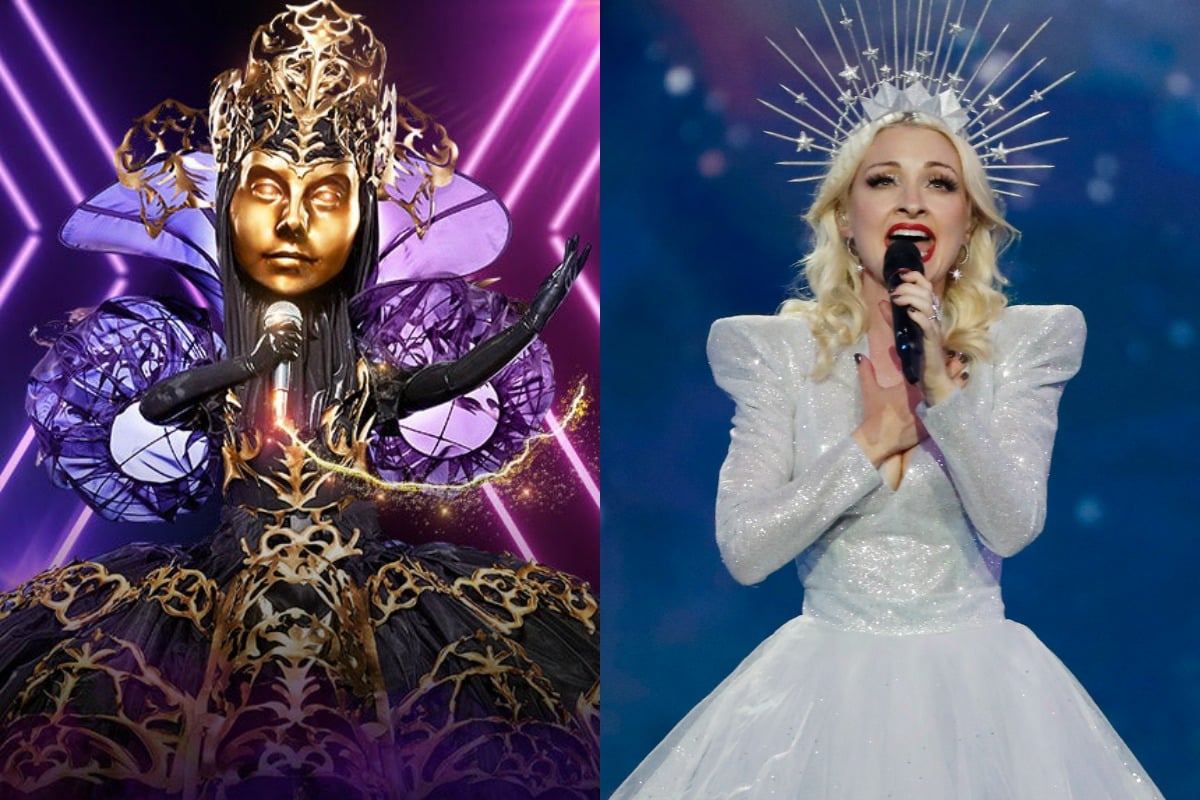 In households all over the nation, Australians are spending their Monday and Tuesday nights trying to guess the identities of celebrities hiding under giant animal costumes.

That's right, The Masked Singer has returned to our screens and yes, we are already hooked.

While Echidna and Hammerhead have already been unmasked as tennis star Mark Philippoussis and cricketer Michael Bevan, 10 masks still remain shrouded in mystery.

But we think we've cracked the case.

After spending way too much time trawling through the internet and getting caught up in some very compelling Twitter theories, we can confidently say the Queen is 100 per cent Kate Miller-Heidke. And we will not accept otherwise.

Not only does Queen's voice sound pretty much exactly the same as Kate's, but the clues match up perfectly with the award-winning singer-songwriter.

And we're not the only ones who think so.

No one convince me the queen is anyone but Kate Miller-Heidke, even when that mask comes off #MaskedSingerAU

So without further ado, here's all the evidence that the Queen is Kate Miller-Heidke.

Queen clue: "I am the Queen. I’m in control of all I’ve made and desire to rule the world. Only The Masked Singer stands in my way."

Evidence: Not only does the Queen's costume resemble Kate's 2019 Eurovision outfit, but the singer was also named the Queen of the Woodford Folk Festival in the early 2000s. The clue 'desire to rule the world' also neatly ties back to her Eurovision days competing in the international singing competition.

Queen clue: "I was expected to be known by my Italian works, but turned away and followed my own royal path by popular demand."

Evidence: The clue 'Italian works' is a clear reference to Kate's operatic background, having been classically trained at the Queensland Conservatorium. She later turned away from the genre to pursue a career in pop music.

Queen clue: "Yes, I have known the highs and the lows, sometimes at the same time."

Evidence: At the 2019 Eurovision Song Contest, Kate performed her song 'Zero Gravity' where she famously swung from a ceiling attached to a pole. The song was incredibly personal and was written about her experience with post-natal depression.

"I do feel the song goes to those dark places, but ultimately it's an empowering song to sing, and hopefully to hear, as well," Kate told TV WEEK.

Queen clue: "13 times I’ve been a bridesmaid but never the bride."

Evidence: This one is really two clues combined. Firstly, Kate and her husband Keir Nuttall wrote all the songs for the Muriel’s Wedding stage musical which premiered at the Sydney Theatre Company and played in Sydney, Melbourne and Brisbane last year. The '13 times a bridesmaid' could also be a reference to the fact that she has been nominated for a total of 13 ARIA Awards.

"13 times i've been the bridesmaid but never the bride" KATE MILLER-HEIDKE WAS NOMINATED FOR AN ARIA AWARD 13 TIMES BUT NEVER WON ONCE #maskedsingerau pic.twitter.com/RJ6yMLZmqu

Coincidence? We think not.

Queen clue: in the second episode of The Masked Singer, a map of Tasmania wrapped in tinsel can be seen behind the Queen during her clue package. 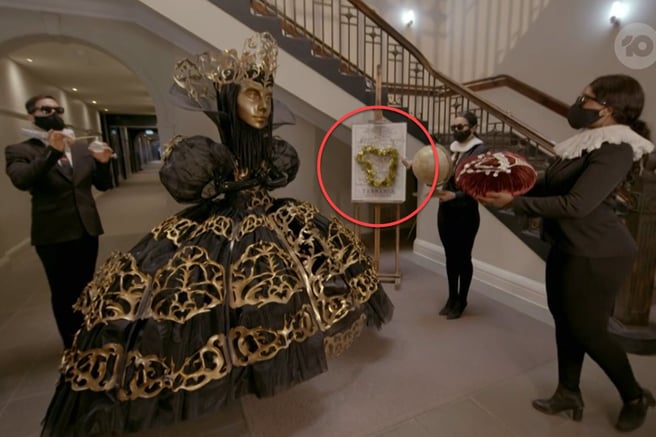 Evidence: As pointed out on Twitter, Kate's vocal coach is a Tasmanian named Allison Bell. The tinsel could also be a reference to her 2015 charity Christmas single 'I’m growing a beard downstairs for Christmas'.

Reply
Upvote
1 upvotes
I respectfully disagree. It's either Beyoncé or Queen Latifa. I refuse to accept a Tale of 3 Queens - hey, I'm closer than the judges wild guesses (to date)
F
fightofyourlife 2 years ago

Reply
Upvote
I was going to say I would have thought she'd have better things to do...but during Corona, she probably doesn't! So yeah, very possibly.
R
rush 2 years ago