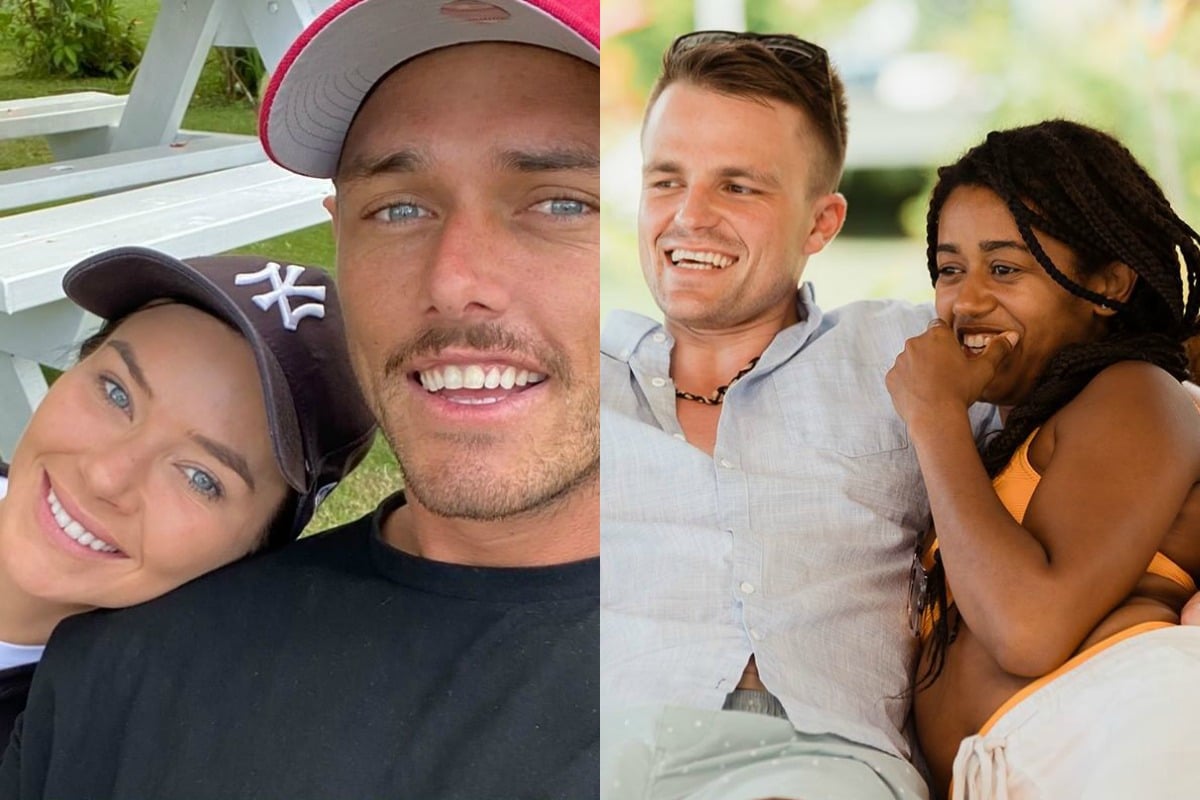 It's safe to say that Bachelor in Paradise has taken over our lives and our Instagram feeds in recent weeks.

Watching our favourite Bachie contestants back on our screens wearing Hawaiian shirts is exactly what we need right now.

But we're no strangers to the perils of reality TV romances, we know that not all the couples will stand the test of time.

So, here's all the evidence about which Bachelor in Paradise couples are still together today. 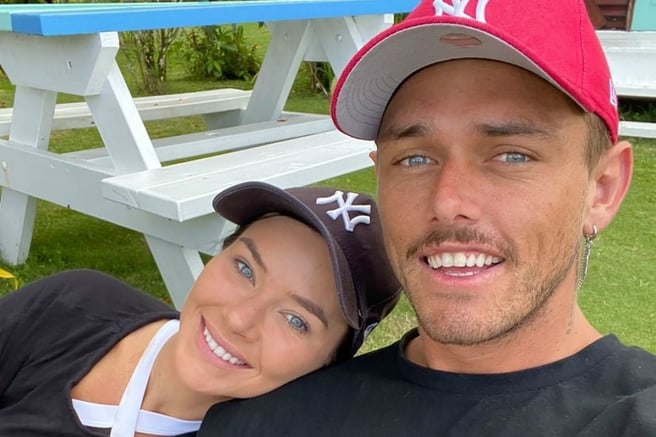 They were one of our favourite couples in Paradise but now Timm Hanly has confirmed he is no longer dating Brittany Hockley after leaving the show together last night.

When asked if he was in a relationship with Brittany, he responded: "Nah, it’s awkwardly not."

He went on to explain that their pair "just didn’t work" but "I’m in a really good place now and I’m happy."

The news comes after Timm was seen out and about in Melbourne last month with a woman who was quite clearly not... Brittany.

In pictures shared by the Daily Mail, Timm was seen hugging and kissing a brunette woman, who was later identified as his on and off ex-girlfriend Briana De La Motte.

“This is the girl I was with for like six years before The Bachelorette and we got back together a few months ago,” he said on the radio show.

“I think I was just a bit of a loose cannon back then and timing wasn’t right.”

Brittany explained on her Life Uncut podcast earlier today that Timm was a very different person inside and outside of Paradise.

"Everything he said to and made me feel, the way he was speaking, the things he promised me, none of that translated to the outside world. None. And I was so gobsmacked at the person he became the second we walked outside those doors," she said.

She shared that the pair ended up getting into an argument after Timm went out partying one night and didn't contact her.

"He just wanted to party. He in no way wanted to be in a relationship with anyone... So I was there with him and he basically just left me alone and went partying hard. He just didn't come home one night."

"The next day we had this really big argument I said 'Is this who you are?... cause this isn't the person I signed up for.'

"I said if you want to be with me you need to step up and you got to treat me with some respect and he basically just said 'no, no I can't. This is who I am and I'm not in a place to be with you.'

"And I was like 'why did you ask me five days ago to leave Paradise with you because all you want to do is be with me?'... I just felt like none of it was real like it was just a big trick," she continued.

A few days later, Brittany said she reached out to him but he didn't respond. It was only until Bachelor In Paradise aired that he contacted her and later apologised. 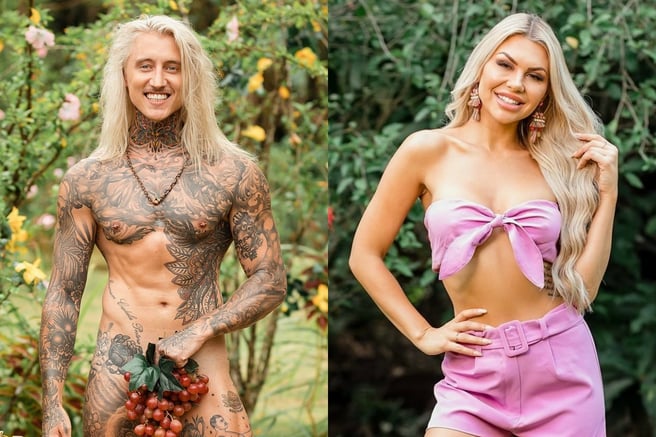 Kiki Morris seemed caused a bit of a stir when she turned up in Paradise. You see, it turns out she and Ciarran had some sort of history before going on the show.

So far, evidence suggests the pair stayed together after the show but it's not clear if they are still together today.

In December 2019, just weeks after filming ended, the Daily Mail obtained photos of Ciarran walking out of Kiki's Sydney home to receive their UberEats order in nothing but a towel.

Then, on December 7, Kiki uploaded a photo to her Instagram story showing a tattooed arm with a Diet Coke, captioning it 'Sunday sesh'.

A week later, they were seen holding hands at a birthday celebration for Ciarran's Bachelorette co-star Jackson Garlick. They also appeared in each other's and Timm's Instagram stories.

The pair also travelled up the coast and stayed in Timm's parents' motel with other Bachie alumni after Christmas. It was here that Timm took a photo of Ciarran and Kiki lounging by the pool together. 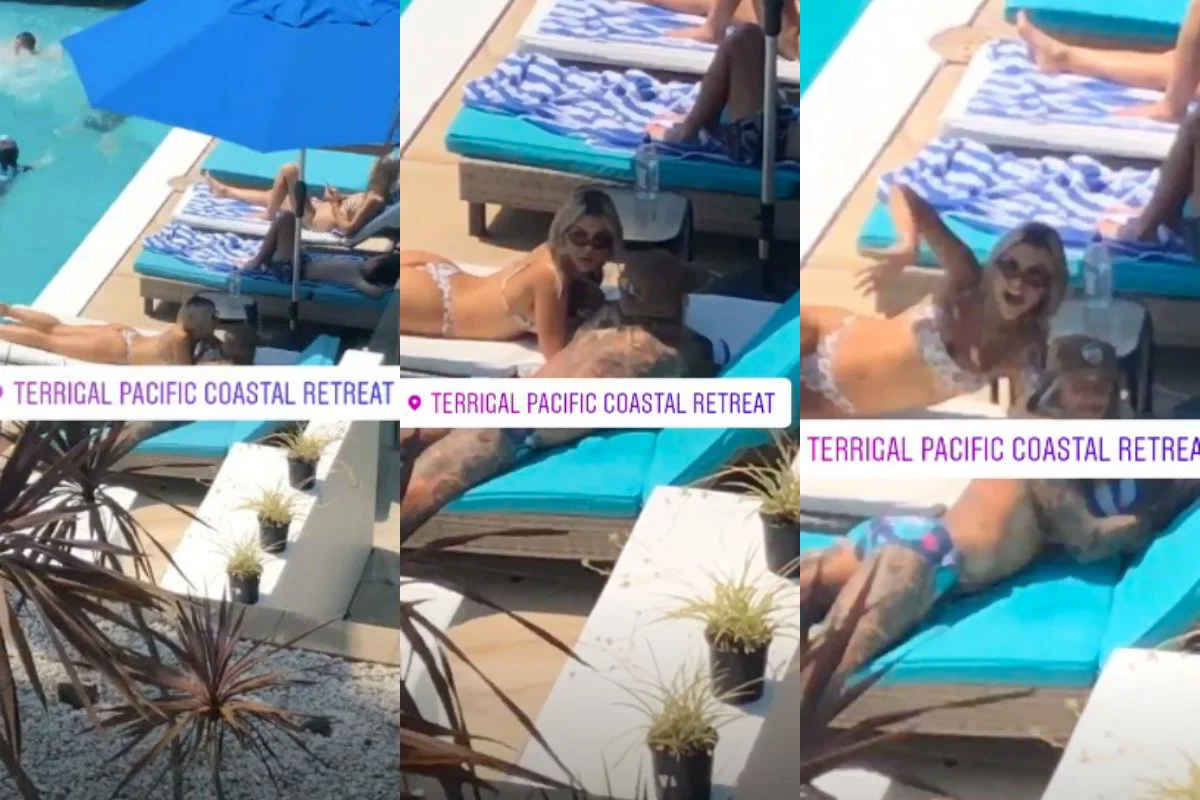 But by mid-January, Ciarran was seen flirting with American Bachie star Demi Burnett on Instagram. 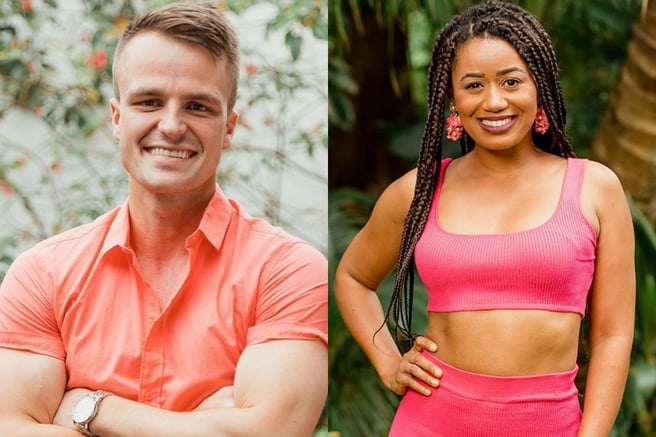 Mary Viturino and Conor Canning are enjoying what looks like to be the most promising romance on BIP.

And there's evidence to suggest they're still together.

According to The Mercury, the 32-year-old posted a series of photos on her Instagram showing her visiting Tasmania, where Conor lives, in February this year.

A fan also noticed that Mary has been wearing a necklace of Tasmania in several photos posted on Instagram, which could be another hint she's dating Conor.

Mary also referred to Conor as "The King of Tasmania" who "found himself a Queen" in a recent Instagram post. 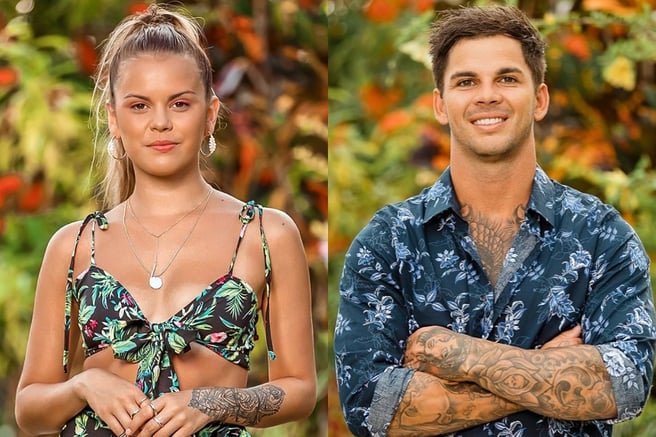 They're one of our latest Bachie pairings who have found themselves in a bit of conflict with Ciarran Stott.

But it turns out Renee Barrett and Matt Wyatt don't end up together after the show.

"Sorry to anyone that's watching Bachelor in Paradise," she added.

You may remember Kim from season one of Love Island, who entered the villa as an intruder but ended up leaving nine days later.

Jessika also explained that she was dating Matt before he left for Fiji last year.

'I was seeing him up until this Bachelor in Paradise,' she said. 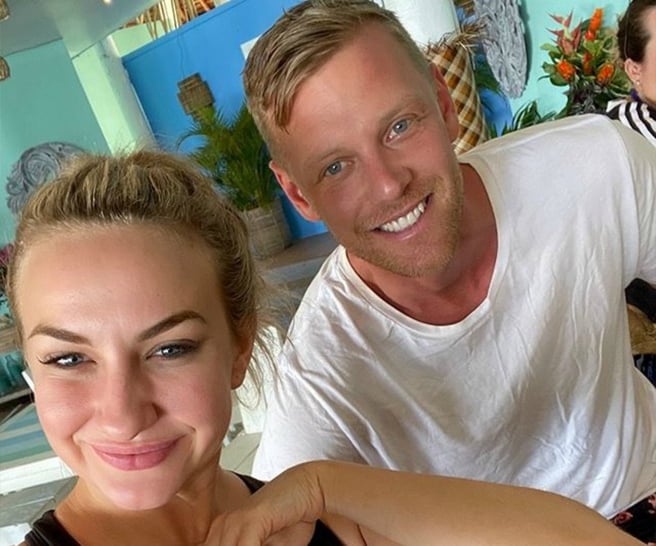 Last but not least we have one of our favourite Bachie couples, Glenn Smith and Alisha Aitken-Radburn.

The pair hit it off straight away when they entered Paradise and quickly got close under a pile of banana leaves.

Thankfully, it seems Glenn and Alisha are still together after the show.

Instagram account Bachie Funny pointed out that a man in a blue jacket, who looks an awful lot like Glenn, is seen kissing a blonde woman in the show's promo trailer.

Glenn also appears to be wearing the exact same blue jacket in one of his Instagram photos, suggesting he and Alisha are one of the couples who make it to the final commitment ceremony.

Jules Bourne, who was with Alisha on season two of Bachelor in Paradise, also thinks they are the couple shown in the promo video.

"In the promos that I've seen with the engagement ring on a finger – if that is not Glenn and Alisha proposing to each other, I will eat my hat!" he told the So Dramatic! podcast

Jules also explained that there is no bad feelings between him and Alisha.

"I don't want to put out stalker vibes but all the information is there. If you pay attention to Alisha's Instagram, she has moved to Perth, fact. Glenn lives in Perth."

Glenn and Alisha also appeared to be on the same Darwin holiday with other Bachie contestants but were never photographed together, according to Bachie Funny.

Perhaps they were trying to hide something?

Bachelor in Paradise continues tonight at 7:30pm on Channel Ten.