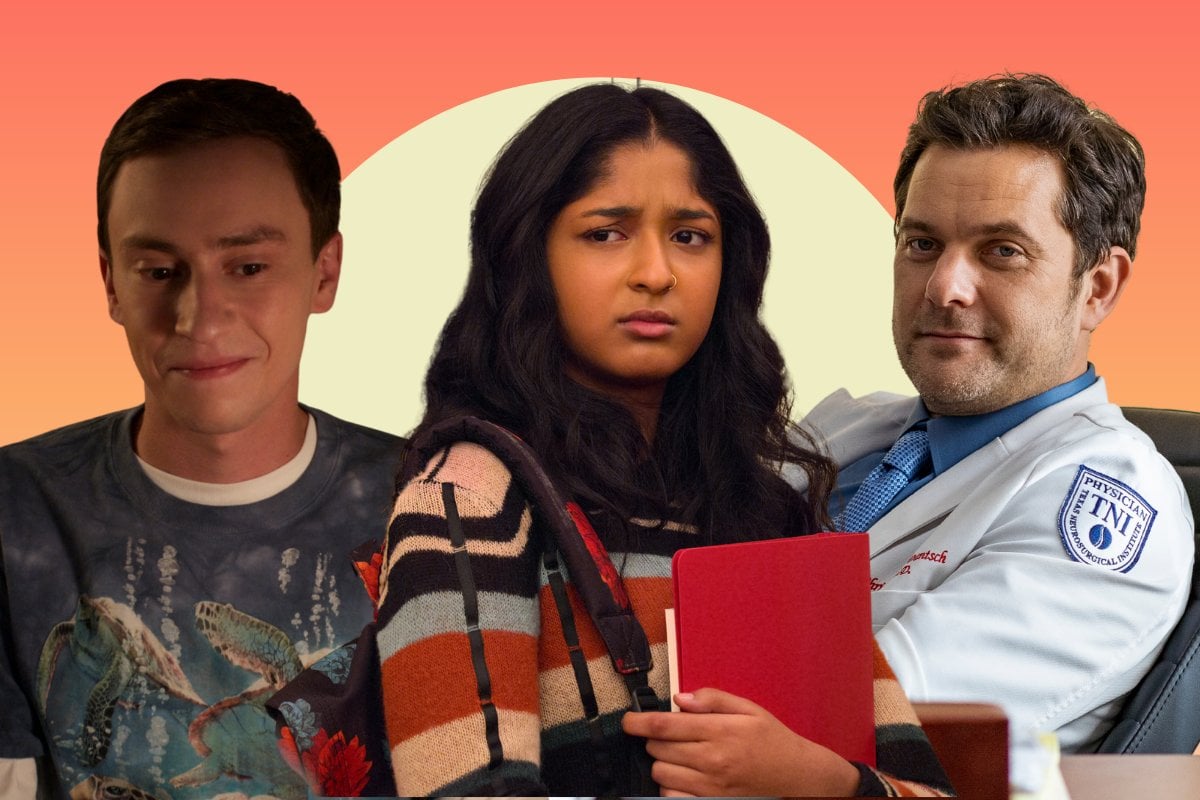 This week, millions of Australians are in lockdown.

Our work lives have changed dramatically. Our social lives have been upended. And our usually busy weekends are now primarily spent... on the couch.

As we gear up to spend another weekend at home, TV recommendations have never been more important.

With endless options on endless streaming services, it can be hard to find something to watch.

But that's where we come in.

As the weekend approaches, Mamamia's pop culture team is here to give you a rundown of exactly what we're planning on watching.

From disturbing true crime stories to feel-good coming-of-age comedies, there's something for everyone.

So, without further ado, here's some weekend TV inspiration: 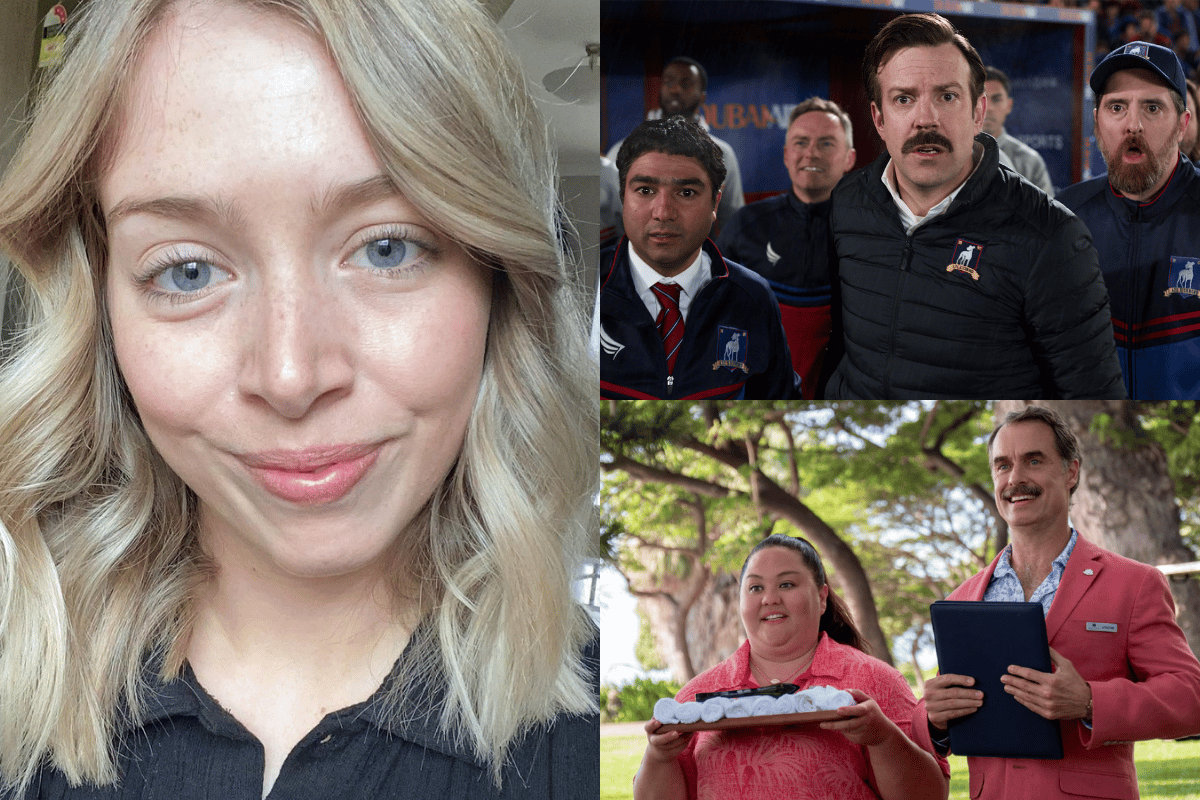 The second season of Ted Lasso is coming to Apple TV Plus on July 23, and I couldn't be anymore excited.

In preparation for the new season, I'm planning on re-watching the first season this weekend.

In case you haven't seen it, the sitcom follows Ted Lasso (Jason Sudeikis), an American college-level football coach who is unexpectedly recruited to coach an English Premier League team, AFC Richmond, despite having absolutely no experience in the sport.

It's warm-hearted and charming and filled with the type of compelling storylines that will have you in tears.

If you haven't already, you should definitely watch it.

I'm also looking forward to watching the second episode of The White Lotus, which drops on Binge and Foxtel Now on Monday morning.

The new dark comedy series follows the lives of the staff and guests at a luxury Hawaiian resort over the course of a week.

The series has a top-notch ensemble cast, including Jennifer Coolidge, making it a pretty funny watch.

Read more: Should I Watch It? The White Lotus, the new dark comedy about rich people behaving badly.

Laura Brodnik, Host of The Spill and Entertainment Editor. 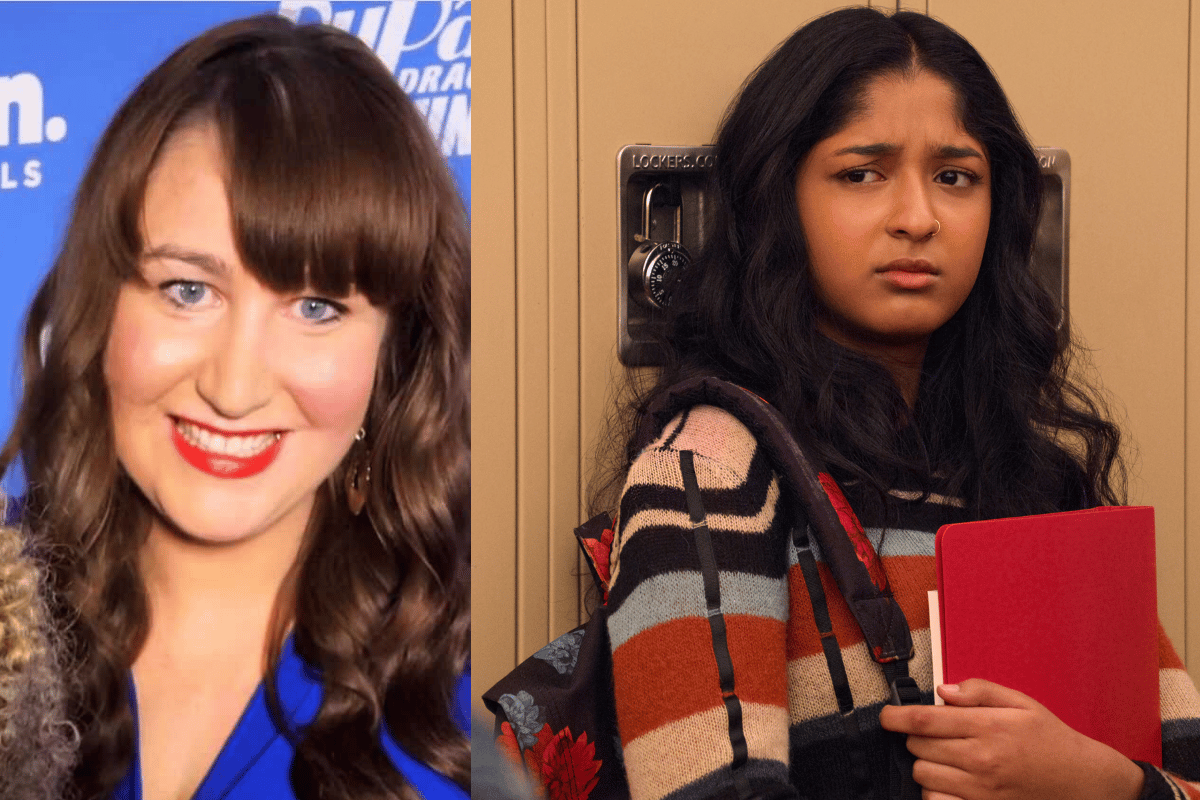 Never Have I Ever, Netflix.

This weekend I’m going to be watching Never Have I Ever season two on Netflix. It’s created by Mindy Kaling, who in my humble opinion is one of the very best screenwriters and storytellers working in TV today.

Never Have I Ever is a sweet coming-of-age comedy-drama that is loosely based on Mindy’s own teen years growing up in Boston.

Season one introduced us to Devi Vishwakumar (played by Maitreyi Ramakrishnan), a 15-year-old Indian-American girl who is grieving the loss of her father, to the extent where her body has an extreme physical response to it. After a horrible first year of high school, she sets out to change her social status.

Season two has just as much heart and humour as season one and picks up right where the action left off – SPOILER ALERT – with Devi kissing her former nemesis-turned-crush Ben Gross (Jaren Lewison).

It’s the perfect smart yet funny teen series that adults will also love. 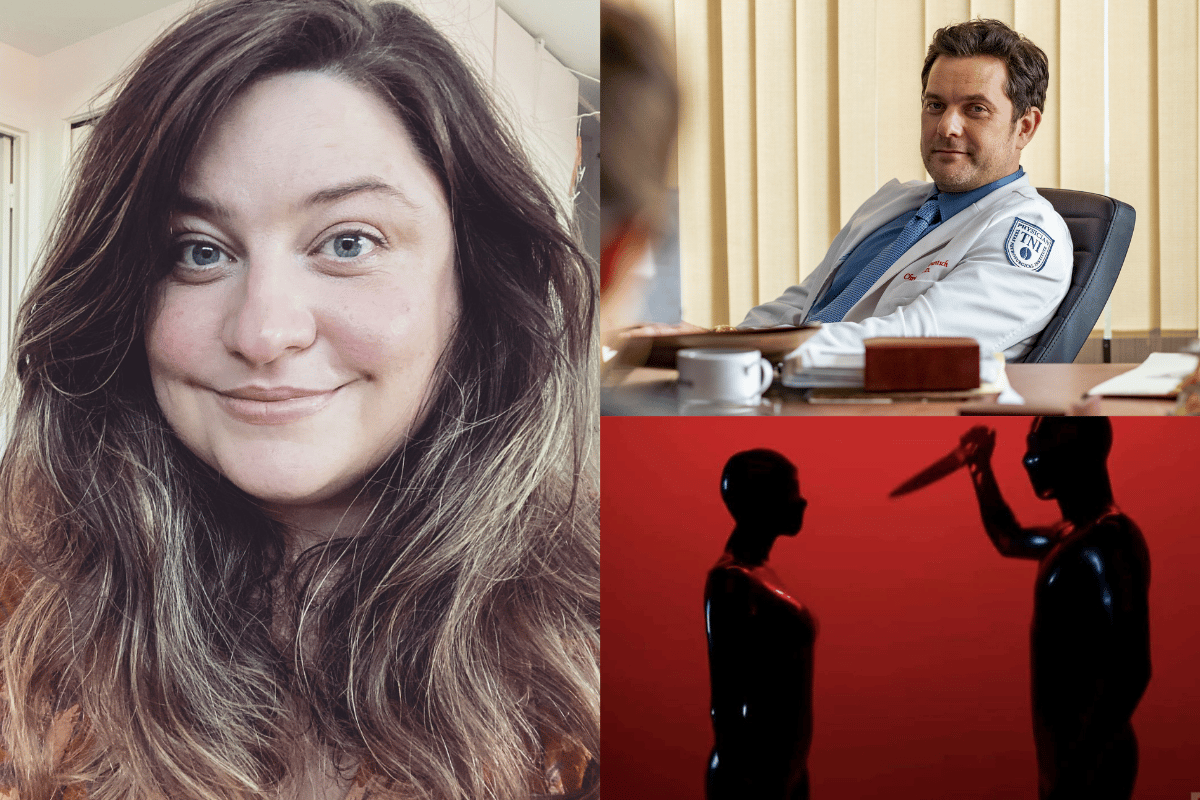 I'm going to be watching Dr. Death on Stan for several reasons:

1. Joshua Jackson. Pacey is all grown up, and he's up to no good.

2. Christian Slater and Alec Baldwin. What a cast!

3. I was absolutely obsessed with the podcast when it first came out so I can't wait to see how they tell that story on screen.

I'm also going to be watching American Horror Stories on Binge. Ryan Murphy, the creator of American Horror Story and many other spooky things, is back with an anthology series that tells a different horror story each episode. It's right up my alley.

Kee Reece, Host of The Spill and Branded Audio Manager. 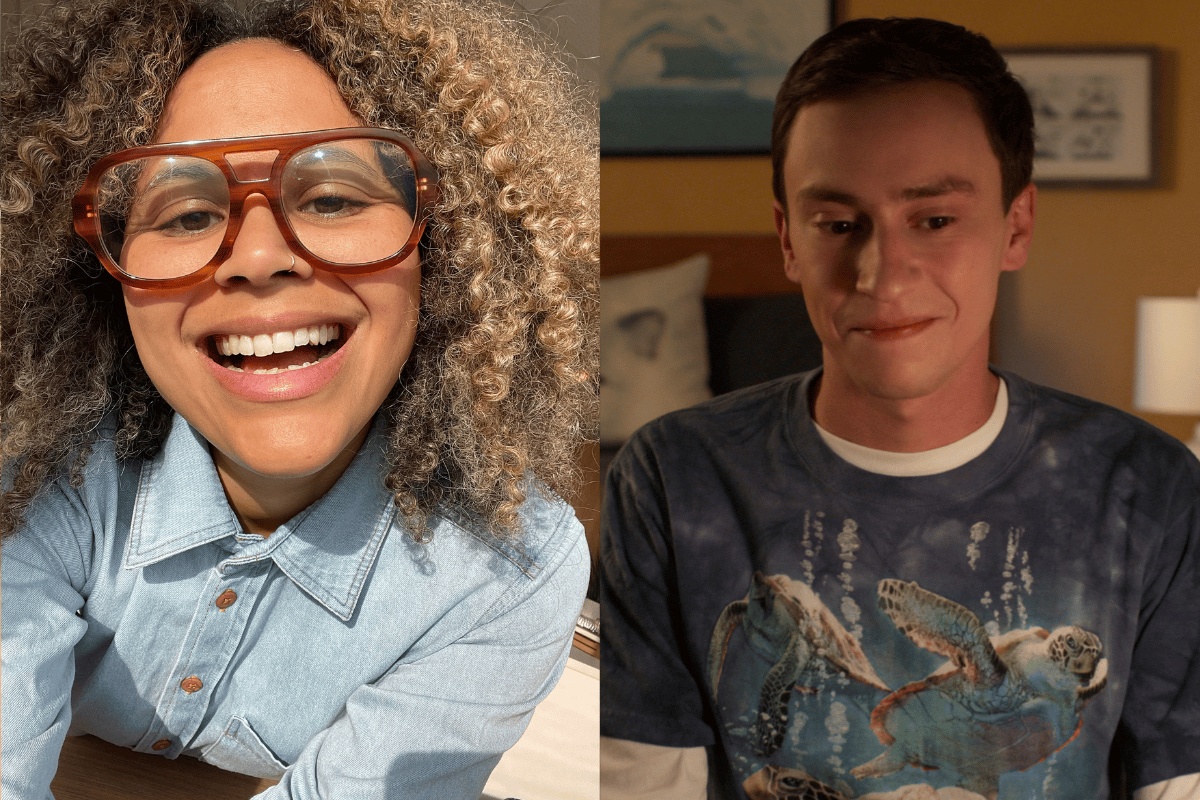 I'll be watching the fourth and final season of Atypical on Netflix!

If you haven't watched the first three seasons, you are in for a treat. It's a coming-of-age comedy that follows Sam, a teenager on the autism spectrum who is navigating the ups and downs of high school, friendships and relationships.

As Sam is on this journey of independence, his family are also navigating the changes and the impact this has on their individual identities.

In season four, we see Sam embark on his biggest goal yet: moving out AND going to college.

It's a feel-good series that will make you laugh and cry. Highly recommend! 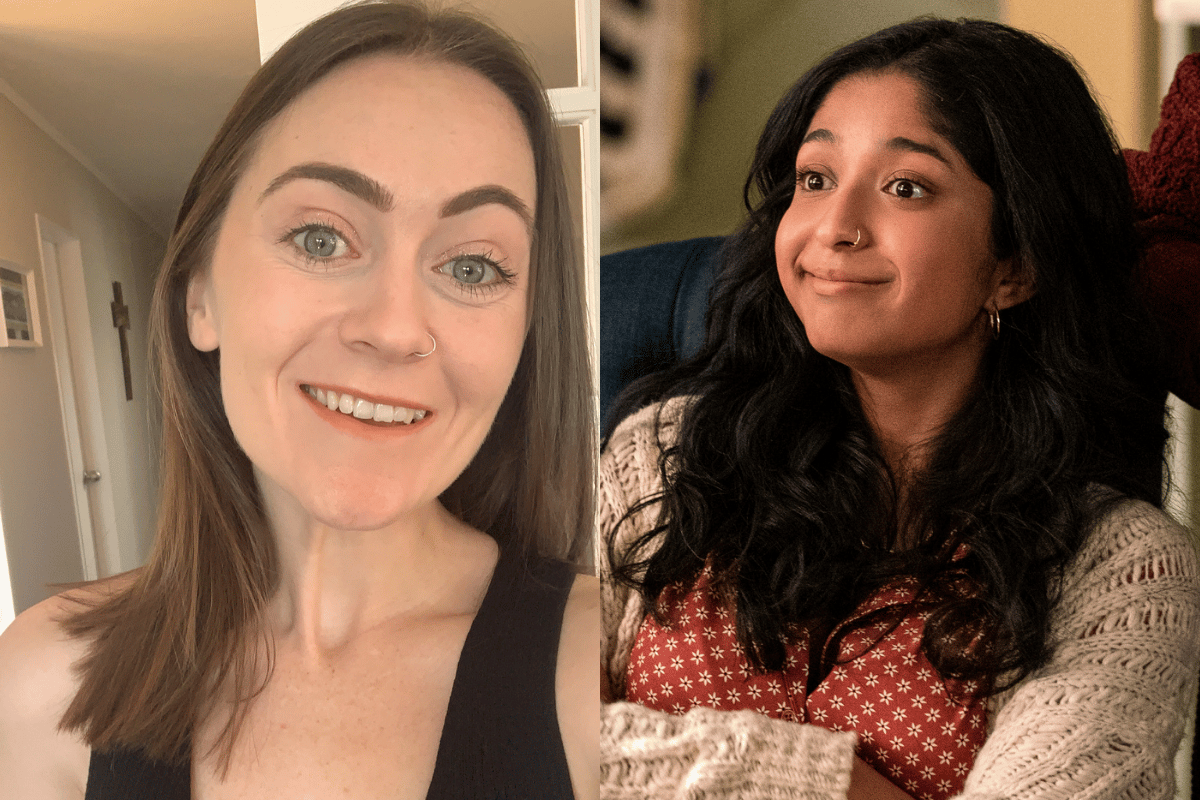 Never Have I Ever, Netflix.

I'll also be binge watching season two of Never Have I Ever this weekend. Hopefully, all in one go!

I'll watch anything Mindy Kaling touches and Never Have I Ever is up there with her best work. It's funny, sweet and a really unique take on typical 'high school coming-of-age' stories.

Plus, it approaches topics like grief and race in a really mindful, accessible way.