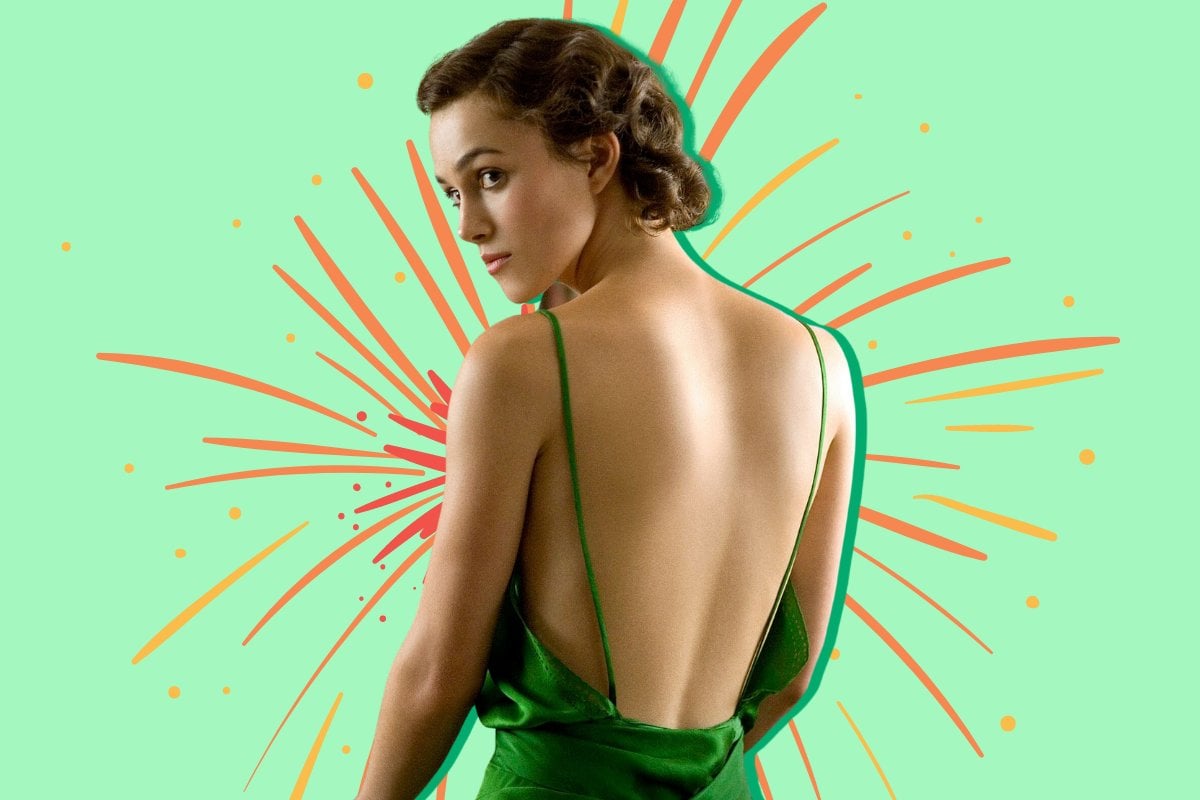 On screen sex scenes range from terrible and... hilariously inaccurate to Connell and Maryanne in Normal People-level hot.

But whether they're good or bad or terrible, filming a sex scene must be weird.

While on screen we're watching two people (most of the time), behind-the-scenes are... more people.

A director. Lighting. Sound engineers. More often than not these days, an intimacy coach. Plus whoever else is deemed necessary to capture the fake sexy times.

Keira Knightley is hesitant to ever do it again.

In conversation with director Lulu Wang and writer-producer Diane Solway on the Chanel Connects podcast in January 2021, Knightley said she doesn't have a desire to portray the "male gaze".

"If I was making a story that was about that journey of motherhood and body acceptance, I feel like, I'm sorry, but that would have to be with a female film-maker," Knightley said.

"I don't have an absolute ban, but I kind of do with men."

She continued: "I don't want it to be those horrible sex scenes where you're all greased up and everybody is grunting. I'm not interested in doing that.

"I feel very uncomfortable now trying to portray the male gaze. Saying that, there's times where I go, 'Yeah, I completely see where this sex would be really good in this film and you basically just need somebody to look hot'.

"So therefore you can use somebody else, because I'm too vain and the body has had two children now and I'd just rather not stand in front of a group of men naked."

From disastrous, gross and empowering, here are 12 Hollywood women on their experiences filming sex scenes. 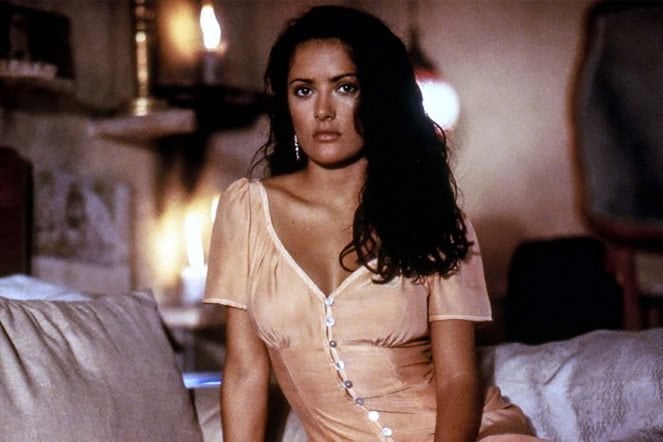 Salma Hayek's breakout role was alongside Antonio Banderas in the 1995 thriller Desperado, and it featured a sex scene she wasn't told about.

She told podcast Armchair Expert with Dax Shepard (and Monica Padman) the scene wasn't in the script when she signed on, and she was terrified about going ahead with it.

"Oh God, I'm gonna be in trouble – but the love scene was not in the script," Hayek, who would have been 28 at the time of filming, said.

"It was demanded by the studio when they saw the chemistry test. I had a really, really hard time with that... I don't enjoy the scene," she added.

She eventually agreed to film the scene in a closed-set environment.

"One of the things I was afraid of was Antonio – he was an absolute gentleman and so nice, and we're still super close friends – but he was very free," she said.

"It scared me that for him, it was like nothing. I started crying, and he was like, 'Oh my God. You're making me feel terrible.' And I was so embarrassed that I was crying." 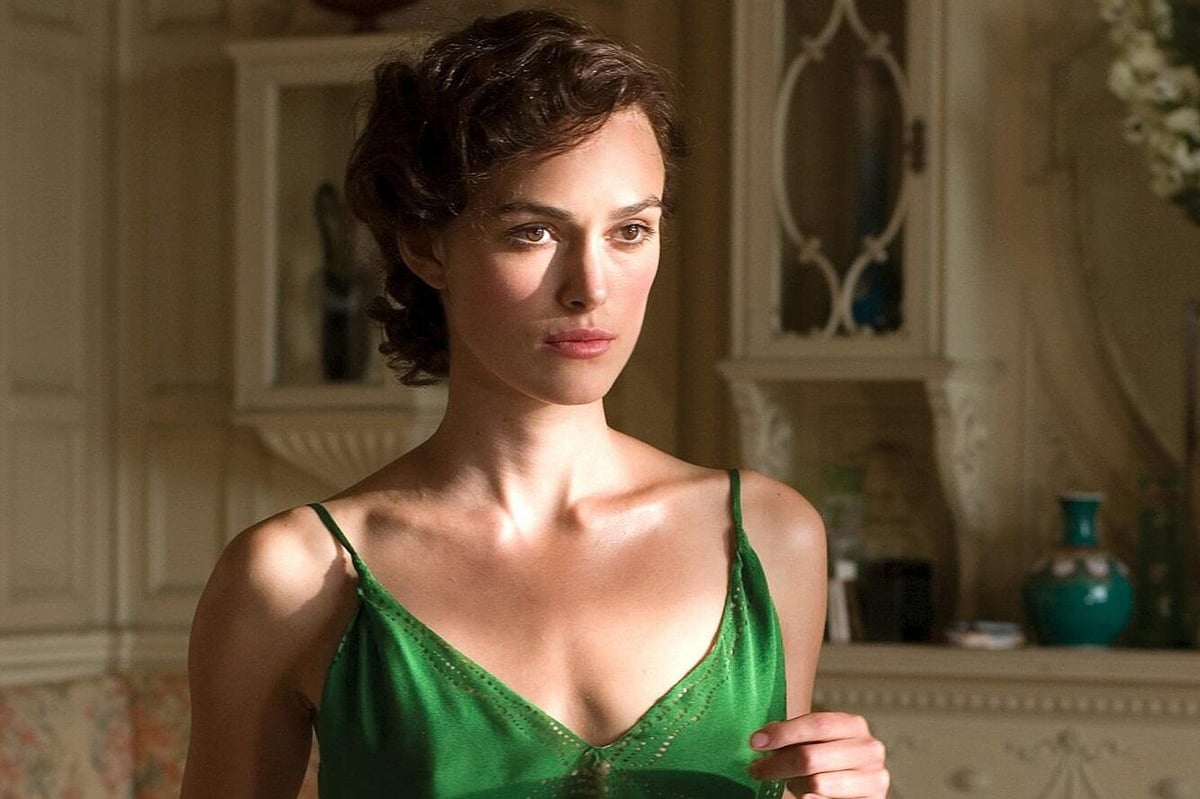 Pre-sex scene ban, Knightley spoke about the best sex scene she had filmed; one in which she felt the most comfortable.

"The best sex scene I've done on screen is the one in Atonement, on the bookshelf. It was both the best sex scene, but also [the best] to shoot," she told Vulture in 2019. 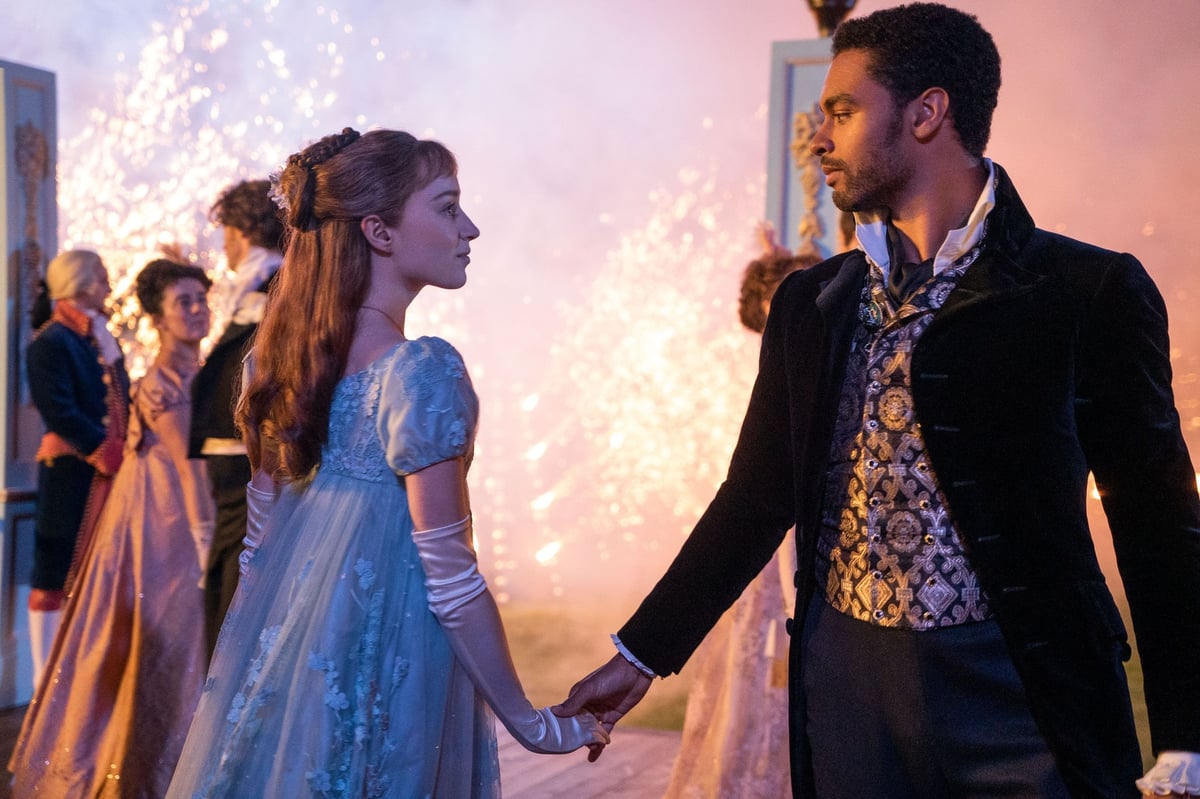 Anyone who has seen episode six of Netflix's Bridgerton season one... knows. The episode was almost one giant sex scene.

Phoebe Dynevor spoke to Harper's Bazaar about the amount of time and preparation that went into making the scenes.

"It really was like shooting a stunt, it looked real, but we've got padding on," she said.

"The angles are very… I mean, I've shot intimacy scenes before in the past without any of that. And I can't believe really how new this all is, because it just changed the game."

The show had an intimacy coach, who helped she and co-star Regé -Jean Page feel comfortable. 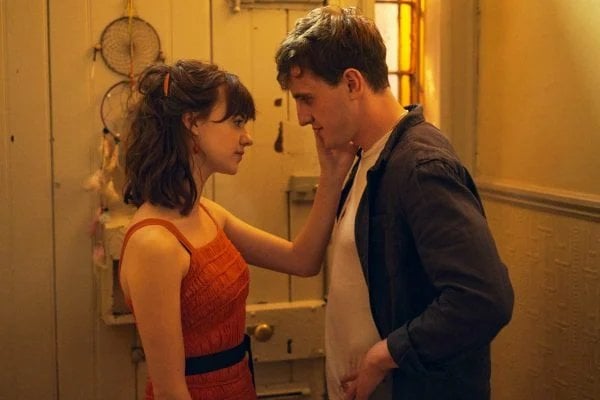 The production hired intimacy coordinator Ita O'Brien, who Edgar-Jones and co-star Paul Mescal spent a lot of time with rehearsing.

"Ita would make sure Paul and I would discuss the boundaries and what we were and weren't comfortable with.

"We also agreed on touch and would say, 'this area is fine but please stay off this area,' or, 'I don't feel comfortable with this.'"

And they often had more clothes on than what we could see.

"Depending on what shots they were filming we were allowed to wear modesty gear so for a large amount of it we were fully clothed," Edgar-Jones said.

"Then for the wide shot we would make sure we felt comfortable and there was enough protection as possible and then yeah, from action to cut we were able to freestyle knowing what the boundaries were and we were able to act the scene." 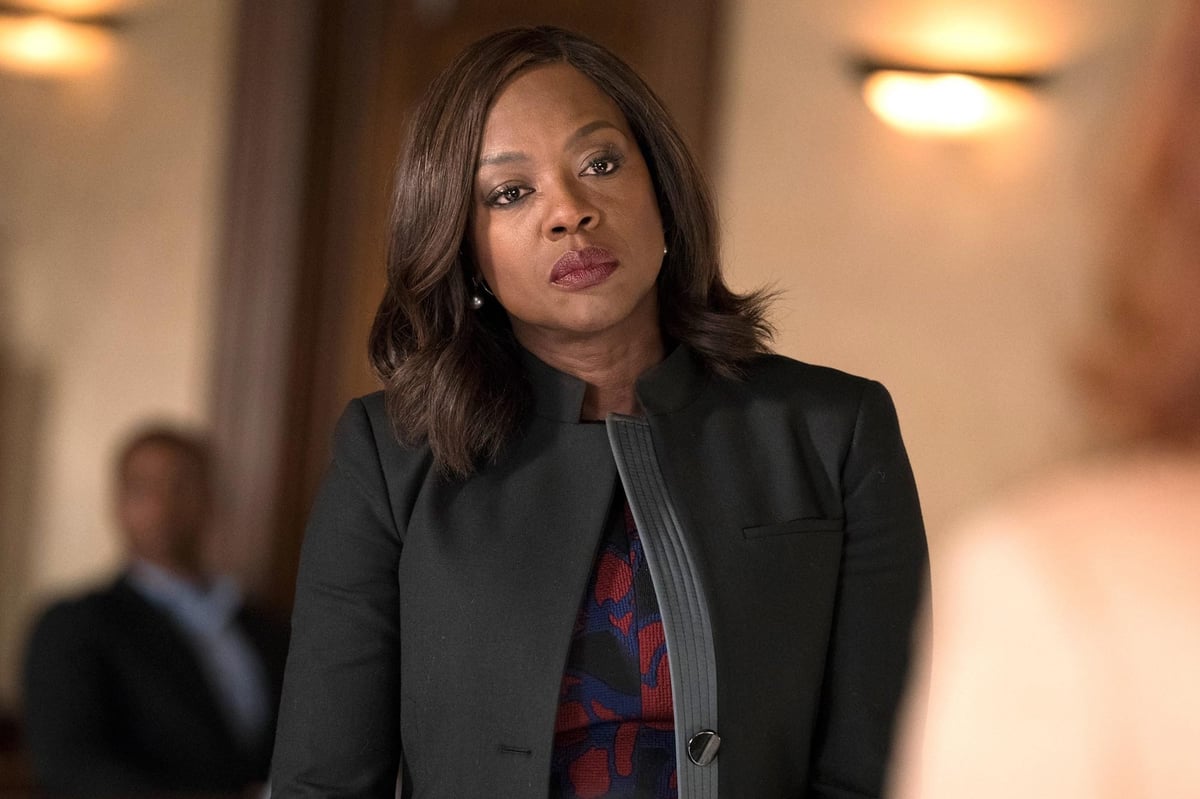 Viola Davis told Tom Hanks during Variety's Actors on Actors she has no problem with sex scenes, as long as they're as realistic as possible.

"If I'm in a sex scene, I want to play the sex scene. I want to say, 'This is why I'm attracted to you, it's gotten to this point, this is what my body looks like.'"

This is part of the reason she loved her role as Annalise Keating on How to Get Away with Murder, she explained.

"There's a difference between sexualized and sexy."

She's previously told PopSugar she was so anxious about filming the sex scene with co-star Billy Brown in the show's pilot - her first sex scene ever - she couldn't eat or sleep.

"I just remember the fear and the thing about fear with acting, when you work through it and when you believe you can do it... then the sweet spot comes.

"And the sweet spot came because I had a massive revelation. And that is why can't I do this role? Why can't I play this woman? Why not me? And that became the revolutionary moment in my mind and my spirit, and I think for the show." 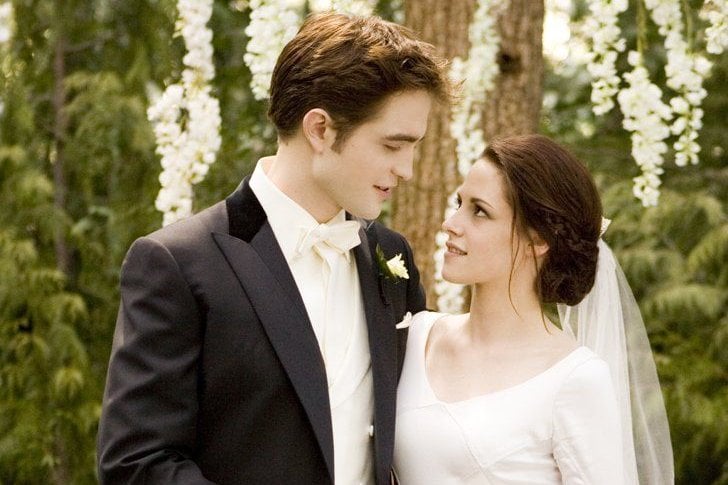 "I only hate [sex scenes] when they're contrived," she said.

"On Twilight we had to do the most epic sex scene of all time. It had to be transcendent and otherworldly, inhuman, better sex than you can possibly ever imagine, and we were like, 'How do we live up to that?' It was agony. Which sucks, because I wanted it to be so good." 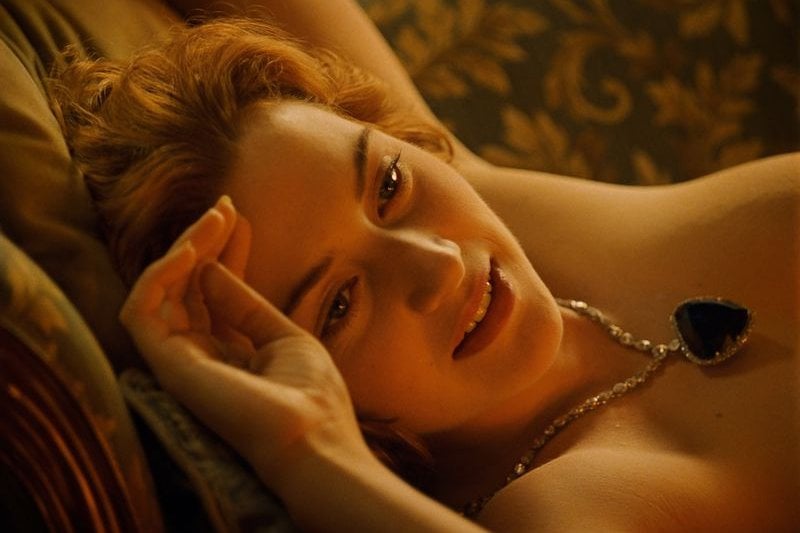 Kate Winslet has done her fair share of sex and nude scenes, but she told V Magazine that didn't mean she liked them. Actually, it's the opposite.

"I hate it! Listen make no mistake, I just get on it. I just go in and say 'Oh f***, let's do it.' and boom. If you complain about it or procrastinate, it's not going to go away. It's a profoundly bizarre thing to do.

"As actors you talk about it all the time. You can literally be tangled in sheets, and you turn to the other actor and say 'What the f*** are we doing?'

"Dear Mum, at work today I had so-and-so's left nut sack pressed against my cheek. It's sort of unethical if you think about it in those terms." 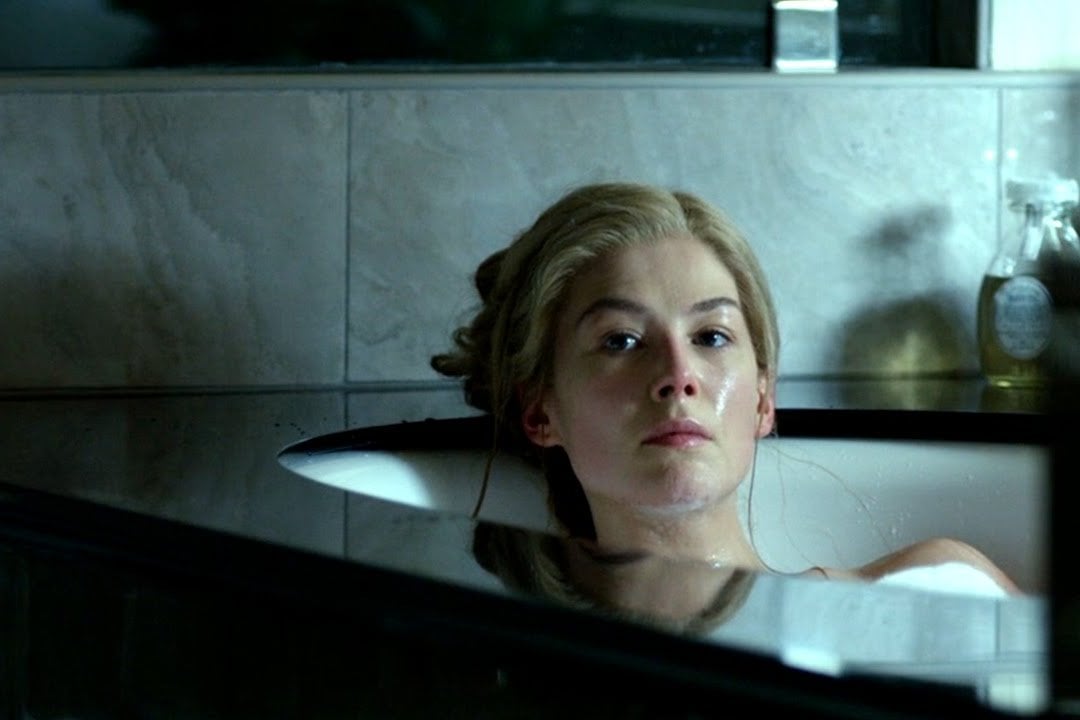 Rosamund Pike and Neil Patrick Harris' sex scene in Gone Girl sounds like it was... a strange day on set.

She told Seth Meyers that director David Fincher asked her and Harris to "rehearse this scene for two hours, alone, on an empty soundstage - just Neil and myself".

"That is when it feels highly inappropriate. You're alone with a man who's not your husband who also has a husband... he's in his underwear, you're in your underwear, and you're sort of dry humping on a bed," she said. 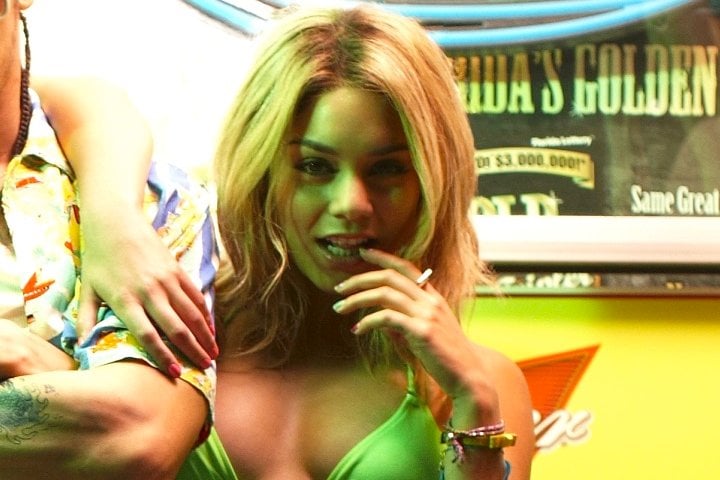 "It was very nerve-racking for me," she told Glow magazine.

"I told my agent that I never want to do it ever again."

She told MTV News it was definitely the most nerve-racking part of the movie for her.

"[Director Harmony Korine] is so amazing, though," she said. "He's so supportive, and he let me know it was going to be OK, and at the end of the day, if there's something I don't like, we can snip it out of there. So there were like a few little portions that I was like, 'Can we please get rid of that?' But it was like a great compromise. I think that it turns out really beautiful and artistic." 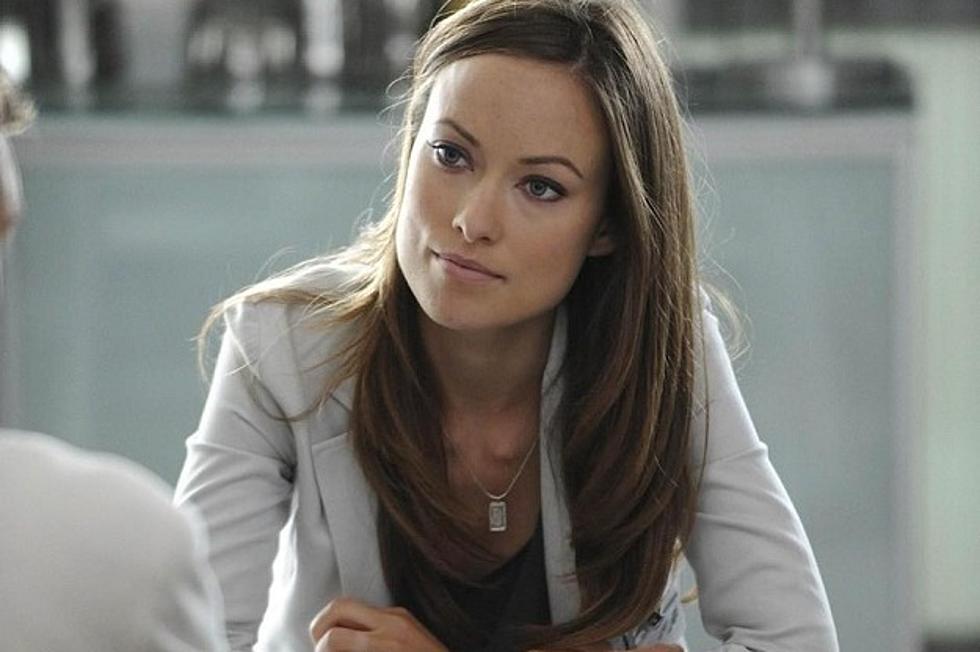 In a 2009 interview with GQ, Olivia Wilde discussed the reality of filming sex scenes on House.

"There is always a particularly large and hairy man holding a boom wearing a crop top. I don't know if they're like, 'Ooh, sex scene, where's my crop top because I need to hover above Olivia, make sure my hairy belly is somewhere in the vicinity of her face.'

"People imagine it's this really glamorous and sexy thing, but I always laugh because in reality there are 50 people in the room. You are stopping and starting. There is someone yelling, like, 'Can you move your hand, can you just put your shoulder down, OK, good, more, more..."

Now a director, she told Katie Couric during the 2020 Makers Conference the changes she'd made to make scenes more comfortable for her actors.

"I thought, 'Okay, I'll finally teach everyone what a closed set means,'" she recalled of filming a sex scene in Booksmart.

"And I said to our actresses that are doing this intimate scene, 'When you're on your next film set, I want you to demand what I’m showing you today.'" 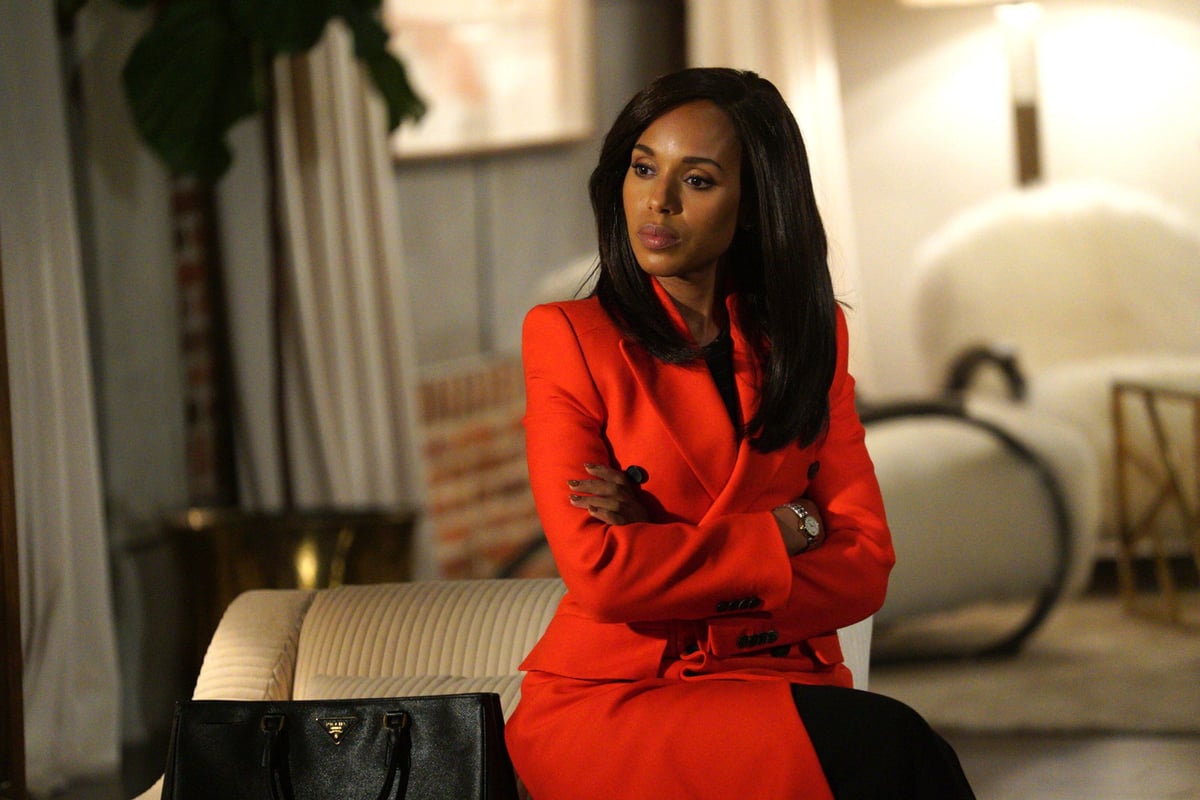 Kerry Washington filmed sex scenes with the same co-stars, Tony Goldwyn and Scott Foley, for years on Scandal, which she told Chelsea Handler led to a really strong off-screen trust.

"You have to be so clear about it not crossing over after cut, and so I trust those guys more than a lot of people that I know in my life because I can be in a situation like that with both of those men and know that they don't misunderstand it, that they know how much I love my husband, that there's no funny business, there's no taking advantage.

"There's a real, genuine friendship I think out of necessity, because you have to be in a space of trust."

She'd previously told Ellen DeGeneres that no matter how many scenes they film, it never gets easier.

"It's awkward, but it’s been awkward from the beginning. It's always awkward. It doesn't stop being awkward," she said. 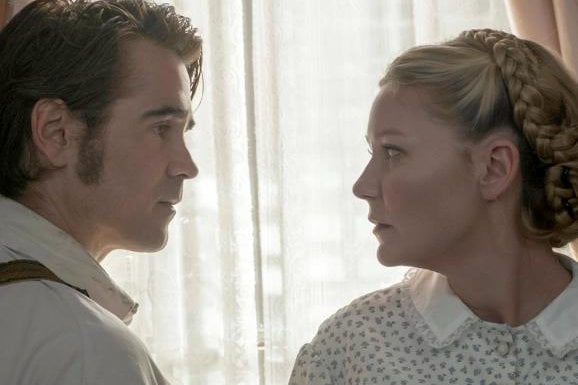 Dunst said male directors often want "to shoot it from every angle".

"At least Sofia's like, 'We're going to get this done quick, we're just gonna shoot it here, we'll do three takes, be done.'"

Reply
Upvote
Hopefully articles like this will prod our consciences about the human cost of what we consume as entertainment.
katp 18 days ago