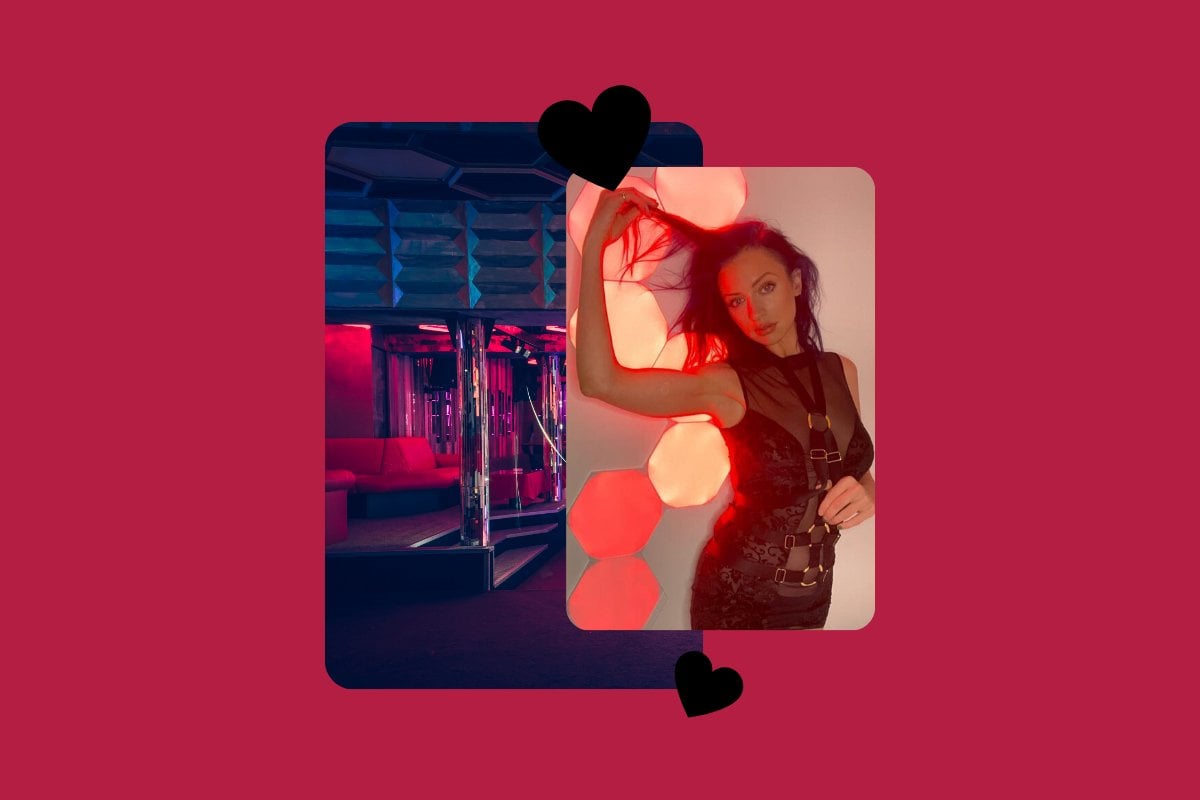 We've heard the words 'sex club' uttered in romance novels. We've seen a few seedy portrayals in TV shows. We've imagined what it would be like to walk into a fantasy sex club.

But what actually happens at a real life sex club?

To answer this question (and a few others we know you've definitely googled), we turned to Mamamia's favourite sexologist, Chantelle Otten.

So, without further ado, let's chat all things sex clubs...

Who can go to a sex club?

There should be no restrictions on who can physically go to a sex club, but each establishment may have different house rules. Lots of sex clubs also run themed nights, so you may be required to fit a theme to attend - e.g. be in a couple who are interested in swinging, or for an all-female sex club night, only women will be let in.

However, most of this information can usually be found on the club's website, or at the very least, it will be made known to you by security on the door!

How much does it cost to go to a sex club?

This is a bit like asking how much it costs to get into a nightclub, because there's a real range. However, we've hunted down some IRL prices so you can get a sense of what kind of financial commitment you'd be making to go to a sex club.

Some sex clubs operate on a membership basis, so you pay to sign up for a fixed period of time - like a month or a year. This would usually start at $100 and go up from there, depending on the fanciness of the club.

On-the-door rates for casual attendees vary a fair bit, but the minimum you would usually find is around $40 for entry. However, quite a lot of sex clubs demand an entry fee for men attending and let women walk in for free.

Also, there are often paid extras once you arrive - such as coat charge, locker hires, drinks or private room costs. Usually there will be a bar too, so if you're keen on purchasing some drinks, bring along cash for that too.

What happens at a sex club?

The first myth to debunk in this section is that not all sex clubs involve sex. At least not in the penis-in-vagina sense.

Sex clubs are meant to be home to a whole host of different activities, and can cater to people who want to involve themselves in everything as well as support people who just want to go and watch.

But, as Chantelle Otten explains in Sealed Section, what happens at a sex club is often quite different to the fictional portrayal we see on shows like SEX/LIFE.

"That was a really, really bad example," shares Chantelle. "It's actually quite a toxic example of sex clubs. So if you've watched it, please disregard that scene."

Instead, she explains, that sex clubs are way less frightening than people may think.

"Sex parties and events that are designed for hooking up may seem a little bit intimidating, but they're actually perfect for shy people because they are there to explore. And the secret is, you don't actually have to engage with anyone if you don't want to."

Instead, you can observe, you can make conversations, you can go with a partner, with a friend or just by yourself. There are no fixed or compulsory elements of attending a sex club - but that sure wouldn't be fun, would it?!

To give you a bit more of an insight, Sealed Section listeners shared their own experiences of sex clubs too.

One attended a sex club in Berlin, and was surprised at how unphased they were with the goings on.

"I went to a sex club in Berlin around 2015, and it was a great time! Just to be clear, I was in a very happy relationship. So I didn't go there to participate in anything but it was still a really enjoyable experience. I was a little bit uneducated, so when I rocked up, they did make me take off my t-shirt and kind of dress down. I guess in a way it's to make other people feel comfortable. So it wasn't like this outsider looking in, you know?

"But overall it was a really fun, safe environment. And I didn't feel at all infringed upon or anything like that, regardless of the fact that the whole thing was so open with sex and sex acts in the venue itself."

To listen to this episode of Sealed Section, press play below. Post continues after podcast.

Do you have to have sex at a sex club?

It is in no ways compulsory to have sex at a sex club. In fact, it's quite the opposite, as sex clubs are usually pretty damn good at enforcing enthusiastic consent at all stages.

Many people attend sex clubs with zero intention to engage in anything sexual at all. Some people attend to watch, observe and play more of a voyeuristic role. Some go to dabble in foreplay, but don't go to full penetration. And some people will attend with the view of having as much sex as possible!

It's best to think of it all as a no-pressure buffet. You can indulge in as much, or as little as you please.

How do I prepare to go to a sex club?

Much like you would for a night out, we guess. Or perhaps we should specify: A night out where you're pretty sure you're going to end up sleeping with someone.

A lot of concerns of those who have not yet attended a sex club is that the place will be a bit... gross. Mainly due to the hygiene of the place. Questions like 'how do they clean up after a sex party?' or 'do you BYO hand santiser?' are commonplace, but know that if a venue is running a professional sex club, then it will be just that: professional.

That means a proper clean up after and before any events, and good hygiene practices throughout.

Sex clubs don't exist in dive bars, or the grotty pub up the road. Instead, they are more formal, prestigious and undergo a much deeper clean. So don't mark cleanliness as a 'con' for sex clubs.

What do you wear to a sex club?

Now, there's not a formal dress code, but there's usually an assumed attire that people roll with when going to a sex club.

And that involves... lingerie.

Now that's a word that has many interpretations - so don't feel like you have to go out and purchase a whole new fancy set of undies - but this is going to be something you're seen in, so make sure it's something you feel confident and yourself in.

As mentioned above with the Berlin sex club, there's sometimes a degree of un-dress-ness that's required for entry so that no one feels overly naked. But there are ways you can do this in a covered up manner, if that's what makes you feel more comfortable.

Here are some options that could work for your sex club visit: 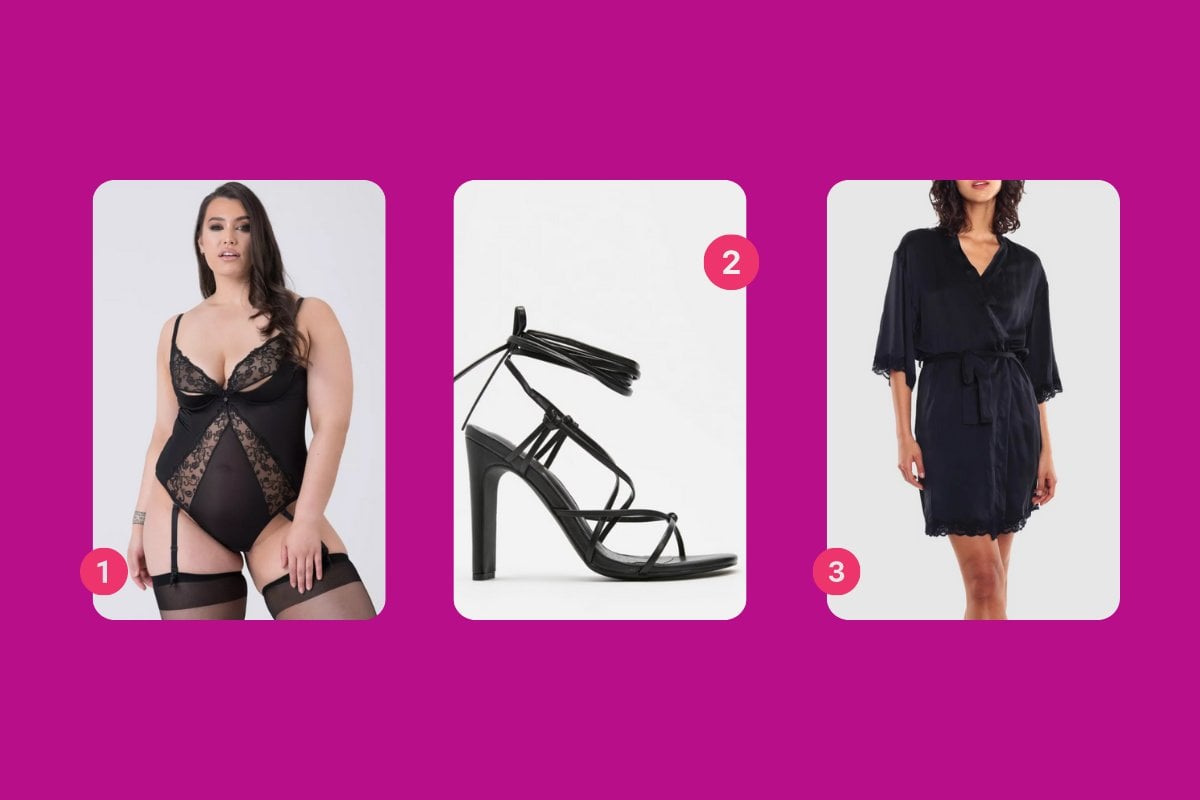 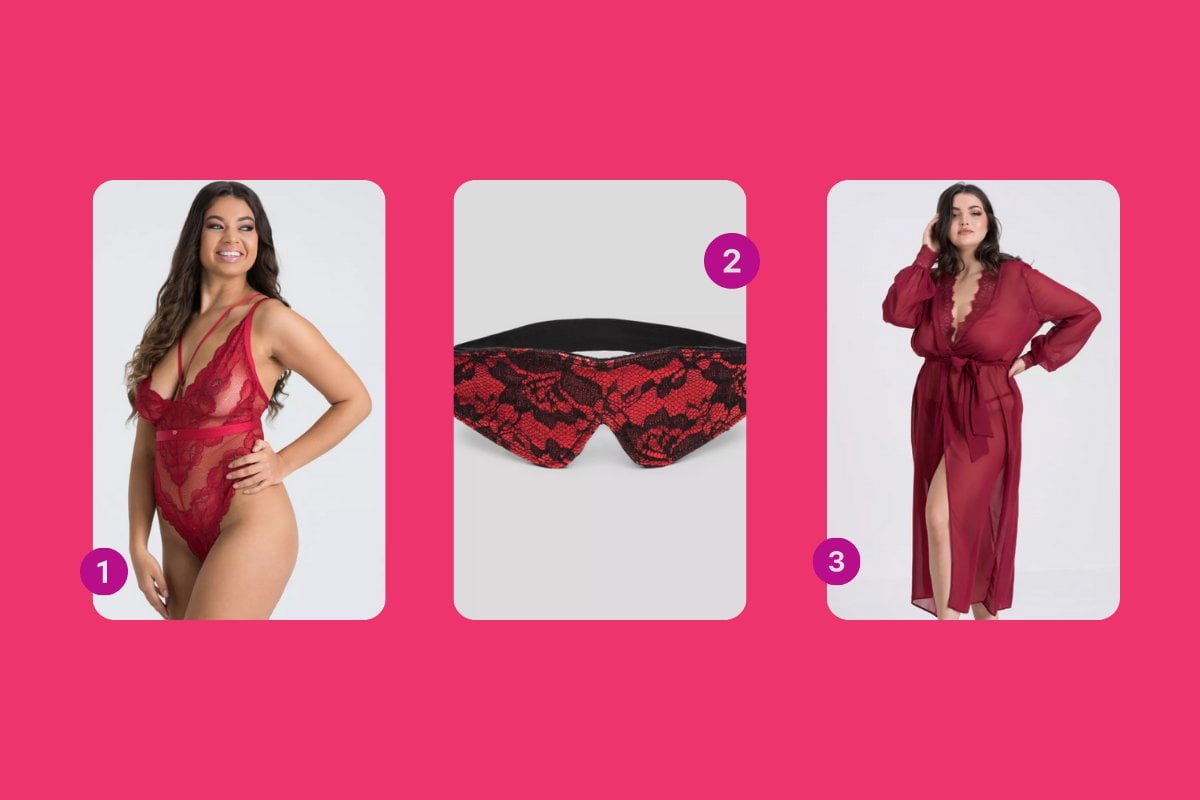 How do I ask my partner if I want us to go to a sex club?

There is nothing sexier than healthy communication with your partner. And we say this because this is the golden ticket to safely and confidently exploring what each of you want - particularly in the bedroom, or in this case, a sex club.

If you're keen to go to a sex club with your partner, there are a few questions you need to ask them before anything is locked in. These could include:

One of the most important (and, by proxy, most awkward) things to discuss is what you and your partner feel comfortable with when it comes to making a connection at a sex club. This is a normal response when someone interacts with you that you find attractive, but when entering a situation with a partner, you need to consider how they will feel too.

Chantelle says, "It is really important to talk about emotions that come up with these cases, things like jealousy, how to deal. And it's important to identify ways that you can take care of your own needs, but also be really supportive of each other. For example, you may be okay with your partner having sex with other people as long as they check in with you regularly. And maybe you're only willing to hook up with just your partner in one of those sexual scenarios as well. Develop some ground rules and keep the lines of communication open with each other."

Then if you do decide that you both want to attend a sex club together, be sure to make a plan of how you're going to check in with each other while you're there.

"Communicate with each other at the club," Chantelle suggests. "You can always put a pause on it on any activity, and there are so many quiet areas where you can sit in chat. If things feel a little off, you just say 'Hey, let's put a pause on this tonight. Let's go home. We'll talk about it tomorrow and the next couple of days with our therapists, and reconvene after that'."

Chantelle's final words of advice for all things sex club? "I think it's also important for you to set some boundaries with yourself." So make sure you're checking in with your own wants and needs too - otherwise this party potentially won't be as fun as you want it to be!