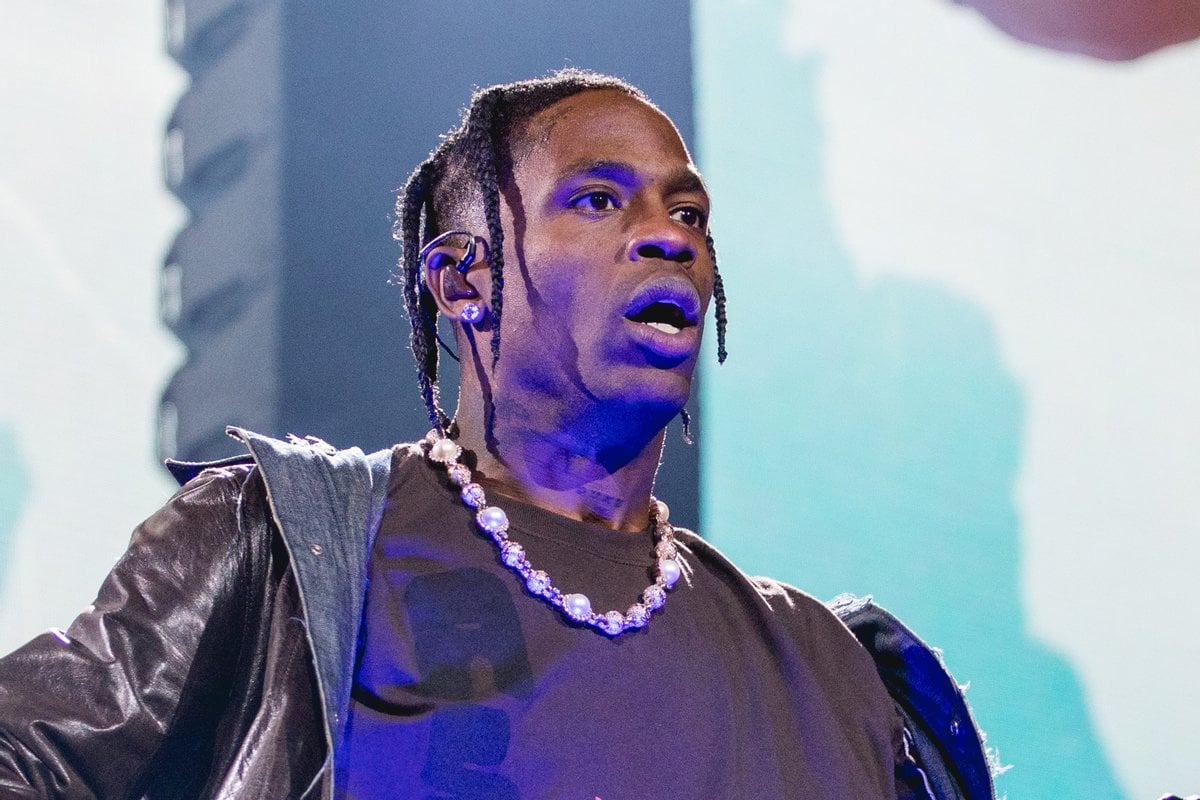 There’s a lyric by Travis Scott he must wish he never wrote.

In the song 'Stargazing' Scott raps, "it ain't no mosh pit if ain't no injuries, I got 'em stage divin' out the nosebleeds."

When he wrote those lyrics in 2018, he did not know there would be eight people who would spend their last moments gasping for breath at his own concert.

That would never have been his intention.

Scott - whose real name is Jacques Webster - will no doubt be forever changed by what happened on Friday night. The death of a 14-year-old boy who loved baseball. A 16-year-old girl who loved dancing. Eight families deep in grief, who will spend their lives wishing their loved one never bought a ticket to Travis Scott's Astroworld Festival.

This is not the first time a stampede of sorts has ended in mass casualties.

According to The Washington Post, there have been at least 110 deadly crushes of crowds at events in the last 20 years. These include concerts, soccer games and religious pilgrimages.

But what happened on Friday night was different.

Travis Scott wasn't just an artist performing at a music festival. Astroworld was founded by him in 2018, located in his home city of Houston, at the site where Six Flags Astroworld once stood.

Astroworld was Scott's festival. It is synonymous with his name. That's why his alleged history of "inciting violence" at live events and ignoring safety protocols is something he likely regrets.

He told security to "get the f*ck back" and added, "middle finger up to security right now." While leading the chant "we want rage," Scott encouraged attendees to climb over security barricades and storm the stage.

He was charged with disorderly conduct.

In an interview with GQ in the same year, Scott admitted he wanted his performances to feel like "it's the WWF or some s**t".

"We don’t like people who just stand," he told the publication.

Two years later, during a show at the Walmart Arkansas Music Pavillion, Scott was arrested after encouraging fans to, again, ignore security and join him on stage. Several people were injured, and the rapper was accused of inciting a riot, disorderly conduct and endangering the welfare of a minor. Ultimately, he struck a deal with prosecutors, and paid more than $6,000 to two people who were injured.

Scott reportedly encouraged crowd members to jump from the second-storey balcony into the mosh pit below. He allegedly told fans "don't be scared", and in video obtained by The New York Times, he insists "they're going to catch you".

Green, who was 23 at the time, says he was pushed from the level above.

Despite being seriously injured, Green claims Scott told fans to drag him to the stage so he could be given a ring as a 'consolation prize'.

Today on Mamamia Out Loud, we discussed the horrific crowd surge which caused the deaths of eight people, and what led to it. Post continues below.

Speaking to the New York Post, Green said: "Before I knew it, I was surrounded by security guards, who scooped me up."

"Travis Scott was yelling at his security guards to bring me to the stage.

"I was in a lot of pain. I just laid there, and finally, an ambulance came."

Green was partially paralysed after the incident. He sustained a fractured vertebra, a broken wrist and a fractured ankle. Scott, as well as his manager, the concert promoter and security company, were sued, and the case is ongoing.

Green's lawsuit claims both the venue and security company should have known Scott "had incited mayhem and chaos at prior events". This had become a pattern of behaviour.

Then, there was last Friday night.

As The Washington Post reported, "it was trouble from the start."

From early in the day, crowds were reportedly knocking down barricades and storming gates.

When Scott's performance began at around 9pm, the crowd - already pushing and shoving - changed.

Speaking to The New York Times, 17-year-old Nick Johnson described it as "like hell".

"Everybody was just in the back, trying to rush to the front."

Another attendee, 23-year-old Chris Leigh, said "people were literally grabbing and pinching at my body trying to get up from the ground. I was fighting for my life; there was no way out."

About 20 minutes into his set, Scott paused the show, noticing a "small boy" hanging in a tree. But then he continued.

According to those who were there, Scott stopped and started the show at least four times.

At one point, he spotted an ambulance driving into the crowd.

At one point, two men entered the stage, and whispered something to Scott. We do not know what they said. But we do know that Scott dismissed them, and then asked fans to put their hands in the air, introducing the next song.

Not long after, Scott identified someone in the crowd who appeared to be unconscious.

Nobody wants to even listen! She is telling them someone is dead Travis Scott Concert. pic.twitter.com/7skDKyxOag

This is the CREEPIEST video I have ever seen!! A concert where you MUST have taken the COVID shot to go to. People in their 20s dying of CARDIAC ARREST while this guy sings a CREEPY chant through an autotune mic while the BODIES are being carried away!! WTF!!?? #TravisScott pic.twitter.com/VD22FStGN9

"People are dying, i want to save somebodys life that's somebodys kid"
Damn this guys a hero was trying to stop the show and get help whilst people telling him to calm down#ASTROFEST
pic.twitter.com/JDkTsiijmn

ppl were literally screaming bloody murder asking for help right there. #AstroWorld #ASTROFEST rip to all those who lost their life last night, it’s shouldn’t have turned out that way. pic.twitter.com/Qs3WvzmG4O

Fans urged and pleaded with Travis Scott to stop the #ASTROFEST show amid the mass casualty event. He continues to sing. pic.twitter.com/xsBdX2Ew3x

During and after Scott's performance, more than 300 people were treated by medics. The Washington Post reports 23 were transported to hospital, and 11 of them were in cardiac arrest. Eight ultimately lost their lives.

From the stage, it's entirely plausible Travis Scott was not aware of the escalating situation unfolding in the crowd below. Perhaps he sensed some unease, but did not comprehend the gravity of it.

No performer stands on a stage and wishes harm on the people who make up their audience.

His concert history - arrests, injuries, tensions with security - could conceivably be entirely unrelated to what happened on Friday night. An unfortunate coincidence.

It will likely be up to a court to determine that.

The other possibility is that a scene had long been set for a crowd to lose control. To ignore security. To push and rage and make the ground shake.

As tickets for Astroworld sold out in May this year, Scott wrote in a since deleted tweet: "NAW AND WE STILL SNEAKING THE WILD ONES IN."

It was a reference to fans who had not bought tickets jumping the fence. A key concern from many attendees over the weekend has been their experience of overcrowding.

Regardless of what a court finds, the lives of eight families are changed forever.

So too is Travis Scott's.

Reply
Upvote
Concerts in the UK employ dedicated crowd spotters who have noise blocking headphones & their only responsibility is to monitor the crowd for issues & then call a show stop. Because its a whole job on its own performed by people who have years of experience managing events.

Im not sure its fair to expect an artist- any artist- to be able to spot a complex crowd dynamic. People in the crowd said they didn't realise there were bodies on the floor until they fell down themselves. The artist is already doing a job, they cant hear anything from on stage, you can barely see anything cause all the light is on you- asking a performer to be the line of defence against a crush is just ludicrous.
S
simple simon 9 months ago

Reply
Upvote
So given this history, for an open stand up show, wouldn't there have been police monitoring the event?
During the show attendees were foreseeing such an outcome, and saying the show had to be stopped.
C
cat 9 months ago