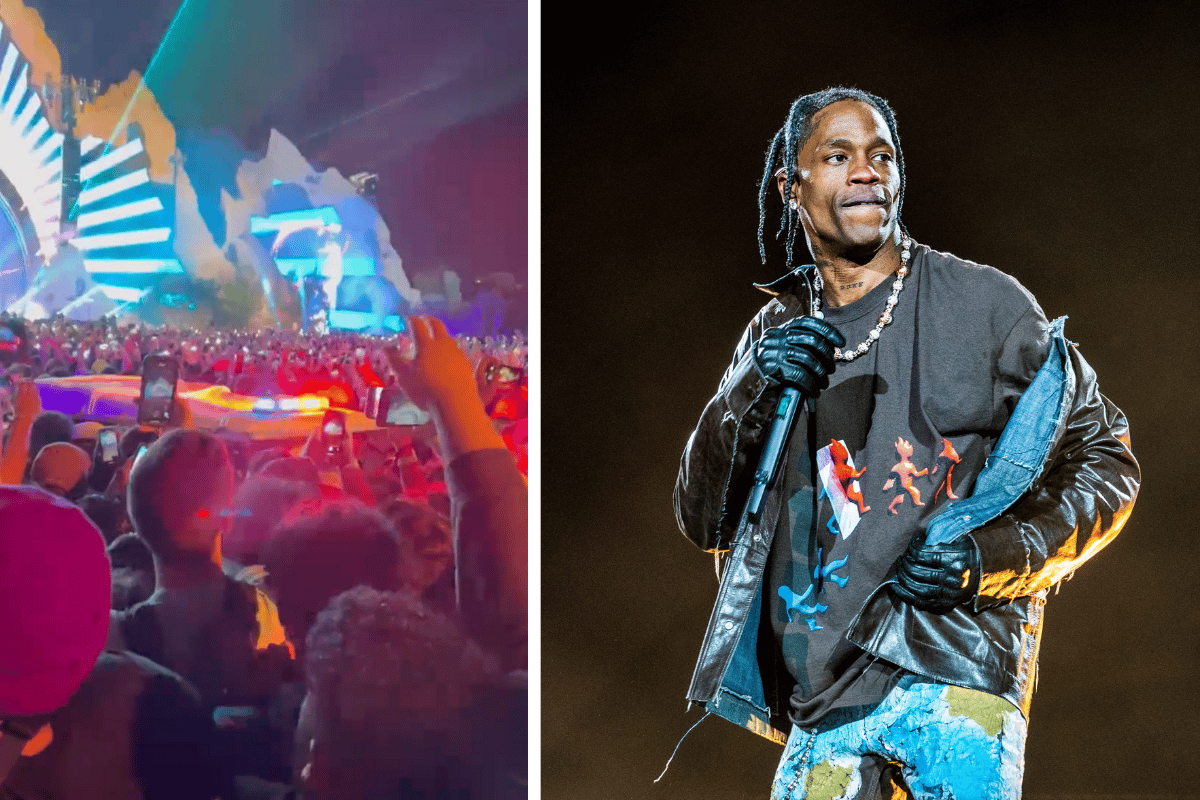 Nine people have died and several others were injured after a crowd surge at the Astroworld Festival in the US state of Texas.

Grammy Award-nominated singer and producer, Travis Scott who is also the partner of Kylie Jenner, was headlining and performing at the time of the incident. He has shared his devastation and is cooperating with authorities.

According to the Houston Police Department this morning, the matter is now under criminal investigation.

And as we hear about the stories behind the victims, there are calls being made for better safety and age restrictions.

Watch: The devastating attack at Ariana Grande's Manchester concert in 2017. Post continues below.

Houston Fire Chief Samuel Peña said the crowd pushed toward the stage around 9:15pm Friday (local time) while Scott was performing on stage.

As some in the sold-out audience surged toward the stage, people began to fall unconscious, some apparently suffering cardiac arrest or other medical issues, officials told reporters outside the venue.

Minutes later the chaos was declared a “mass casualty incident”.

Eight people died Friday night and hundreds of others were injured during the opening night of a popular weekend music festival at NRG Park, authorities said. #Astroworld https://t.co/xuVw7JPMyQ pic.twitter.com/CLyUaSK3ZI

“The crowd began to compress towards the front of the stage, and that caused some panic, and it started causing some injuries,” said Fire Chief Peña.

Videos posted online showed Scott stopping multiple times during his 75-minute performance when he spotted fans in distress near the stage. Sadly nine people have so far been confirmed to have died at the event.

Stories from the Astroworld festival-goers.

After mobbing entrance gates and merchandise booths early in the day, the crowd grew increasingly unruly as performers took the stage, according to 19-year-old festival goer Hamad Al Barrak.

“There were just too many people,” said Al Barrak, who described the chaos as he tried to buy festival gear. “People were up on each other. We were all pressed together. You felt like you couldn't breathe.”

“Packed in like sardines” — that’s how festival goers including these 2 guys in the front row describe last nights tragic event @astroworldfest. They say a wave moved through a crowd of 50K — people pushing to the point where they couldn’t breathe or move. Just awful. @KHOU pic.twitter.com/XGOJLWV41e

Astroworld attendee Madeline Eskins, a 23-year-old ICU nurse, told Buzzfeed News: “I mean, the amount of pushing. People rush the stage whenever Travis comes on: I’m used to that. This was something completely different. I mean, nothing could’ve prepared me for this.”

“In the front, there was a lot of jumping,” fellow attendee Angel Colon said to KHOU. “If you didn’t jump, you would fall and get trampled on, definitely. The crowd is pushing back and forth. If you were even a little tired, you were going to fall.”

there was ambulances literally inside the crowd at astroworld pic.twitter.com/nQIU6WrEgp

“Every gap was filled, [in the mosh pit], where your feet were placed was where they stayed. The rush of people became tighter and tighter. Breathing became something only few were capable of.”

“My friend began to gasp for breath. There was nowhere to go. It became more and more violent.”

“I watched my friend being dragged away from me, and lost sight of her. I was shoved further to ground, my face down at the cold hard plastic below us, and saw the body of a man.”

There are also reports from those in the crowd that security and festival organisers did little to stop the event when members of the crowd were calling directly for help. There is also footage of Seanna Faith talking directly with the festival’s cameraman, who continues to disregard her calls for help.

“I saw the cameraman,” Faith said. “I climbed the platform ladder and pointed [to the crowd], telling him people were dying. He told me to get off the platform. He wouldn’t look in the direction either.”

Though most of the crowd likely had no idea people were in trouble, it’s clear from videos shared online that some of the crowd did and tried to help. https://t.co/kBdqVKb98I #khou11 @BrandiKHOU #Astroworld #TravisScott

“We will leave no stones unturned. There are a lot of narratives out there right now. We need to make sure we follow the facts and evidence.”

There has also been a development in the case, with officials confirming the fear of needle spiking at the event has been overturned, the initial reports no longer believed to be true.

Listen to The Quicky: can we ever really control a concert crowd?

Scott released a statement via Twitter saying he will be assisting the Police Department in whatever way he can, while also extending his sympathies to those who have died. 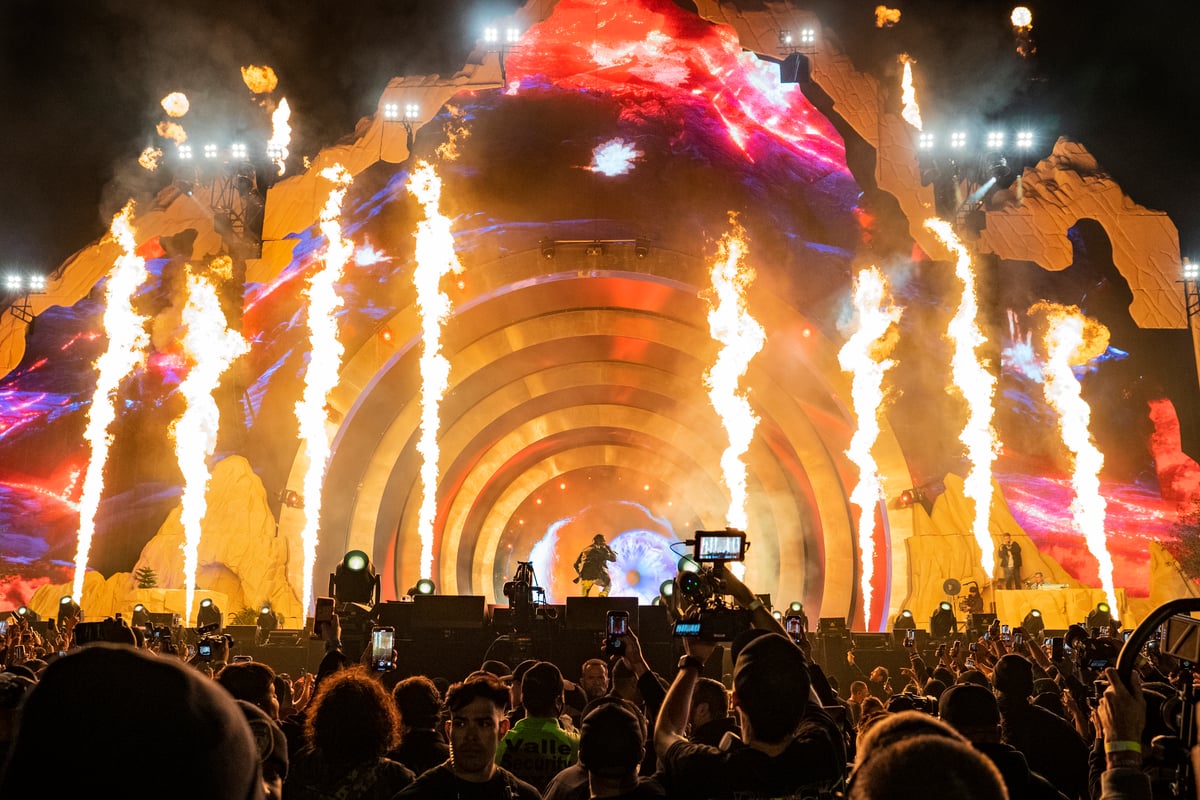 Image: Getty. “I'm absolutely devastated by what took place last night. My prayers go out to the families and all those impacted by what happened at Astroworld Festival,” Scott wrote.

“We are focused on supporting local officials however we can,” Astroworld Festival said in a Twitter message, adding it was cancelling Saturday’s second day of the festival.

Scott himself was born and raised in Houston, Texas.

The victims of the Astroworld Festival.

Given just how young some of the victims are, there are calls being made for better safety and age restrictions at festival events in the US.

For the Astroworld festival there were no age restrictions. Anyone under the age of 14 was allowed to attend, as long as they were supervised by an adult guardian.