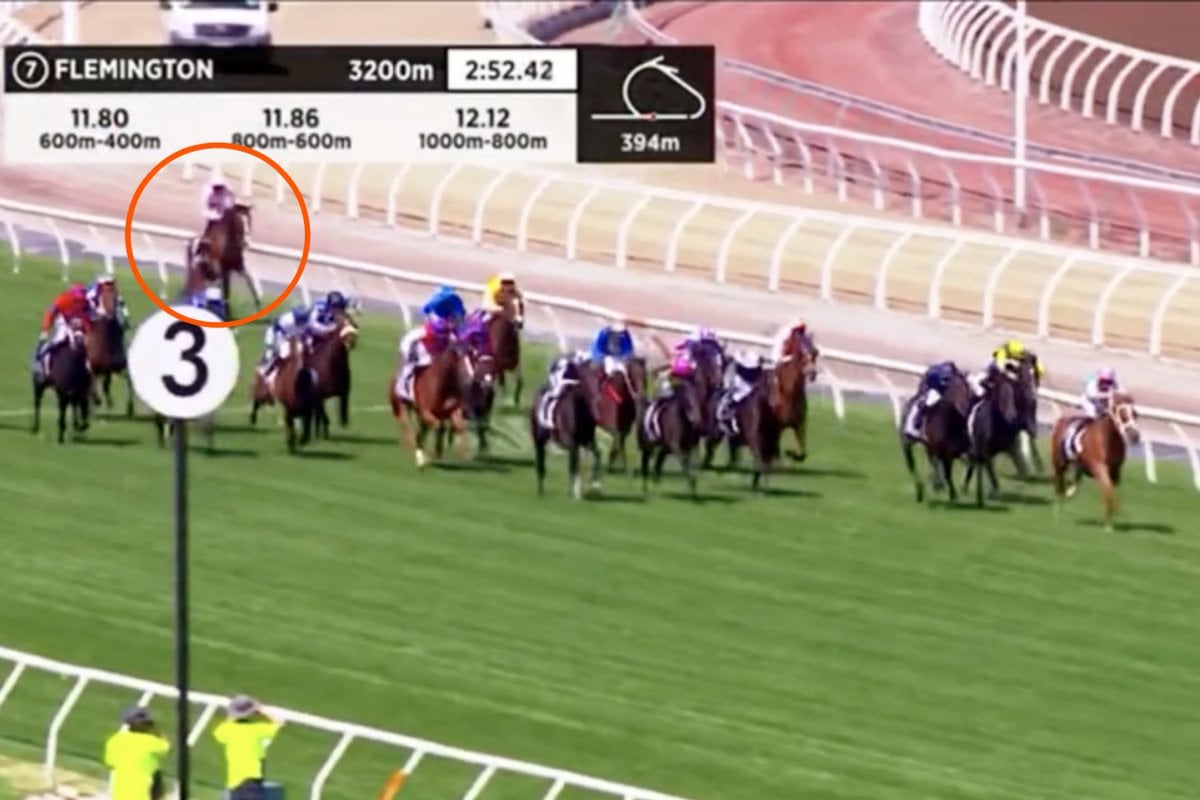 In the midst of a pandemic, rowdy crowds were prohibited from the field. An unusually silent atmosphere replaced the roars of the tens of thousands of thunderous people who traditionally fill the Flemington stands. The highly prestigious Fashions on the Field was replaced by a socially-distanced Fashions on your Front Lawn.

But still, even in this unprecedented scene, one storyline was entirely unaltered.

A horse who ran in the ‘race that stops the nation’ was euthanised.

This year, it was Anthony Van Dyck.

Anthony Van Dyck was ridden by jockey Hugh Bowman and trained by Aidan O’Brien. The five-year-old had recently come second in the Caulfield Cup and won the English Derby in 2019, making him a favourite for thousands of punters who hoped he would reach his peak in this 3200-metre race. Certainly, there were some hesitations about Anthony Van Dyck, given he was the heaviest horse of the race, carrying 58.4 kilograms. Alas, his betting odds were about $8 before the race had begun, placing him as a firm favourite. 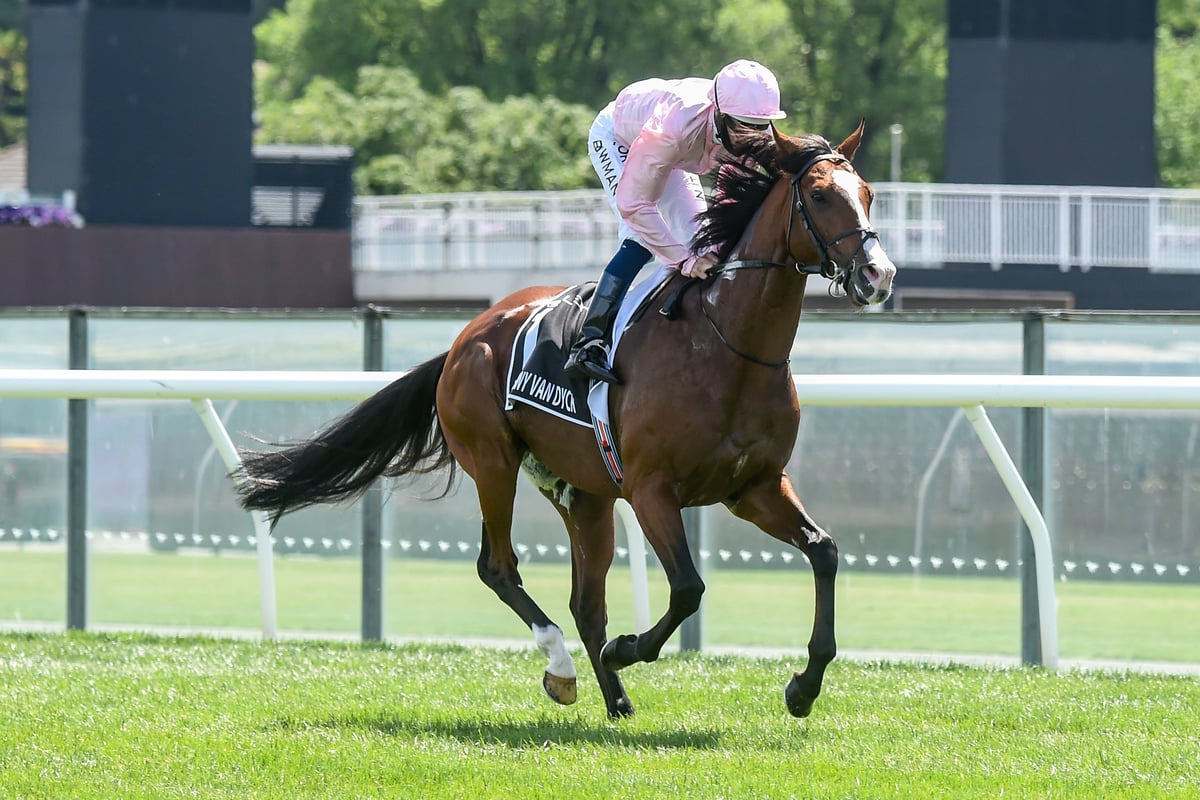 Anthony Van Dyck ridden by Hugh Bowman prior to the Lexus Melbourne Cup at Flemington Racecourse on November 03, 2020 in Flemington, Australia. Image: Getty.

At 3:00pm, when the front stall doors bolted open and the horses stormed through, Anthony Van Dyck stayed with the pack, sprinting round the race course whilst being beaten with a whip to go faster. Because that’s what they do in the so-called Sport of Kings.

Then at the 400-metre mark, Anthony Van Dyck suddenly broke down. It wasn’t immediately clear what had happened, but it looked like he had injured his leg.

Those familiar with what happens to injured horses in this sport immediately speculated that we had just witnessed the last few minutes of Anthony Van Dyck’s life.

After Anthony Van Dyck broke down, jockey Bowman dismounted the saddle as an ambulance arrived to take the five-year-old away, reports The Age.

Watch the last 30 seconds of the Melbourne Cup race here. Post continues below.

"It is with sadness that we confirm that Anthony Van Dyck had to be humanely euthanised after sustaining a fractured fetlock during the running of the Melbourne Cup at Flemington," Stier said.

"The horse received immediate veterinary care, however he was unable to be saved due to the nature of the injury sustained."

He continued: "Our sympathies are extended to the owners of Anthony Van Dyck, trainer Aidan O'Brien and all his staff who cared for the horse and are greatly saddened by their loss."

His death follows his jockey’s dismissal of concerns about his weight on Monday night.

“The reality is the top weights are usually no hope anyway but this year that’s not the case. This year the top weight is one of the leading contenders,” Bowman told Racenet.

“I know history is against him. But it’s no concern to me.

Now, Anthony Van Dyck is the seventh horse since 2013 to pass away after running the Melbourne Cup.

Listen: What Happens To The Horses After The Melbourne Cup? Post continues below.

In 2013, four-year-old Verema snapped a bone in her lower leg, about 2000 metres in. A green tarp was erected on the racecourse and Verema was euthanised.

In 2014, two horses were similarly put to death. First was Admire Rakti who dropped dead in his stall following the race. Not long afterwards, another horse, Araldo, suffered a broken leg and was euthanised.

In 2015, Red Cadeaux broke a bone in his front left leg. He died two weeks later from surgery complications.

Then, in 2017, Regal Monarch fell mid-race and died that evening.

In 2018, Cliffsofmoher broke his shoulder and was euthanised on the track, becoming the sixth horse in six years to die during the Melbourne Cup.

Last year, no horse died, however Rostropovich was badly injured before being taken to a nearby vet for treatment. He is still in rehabilitation.

Even in an unprecedented year, the story of the Melbourne Cup is nearly always the same.

The people gamble. The horses are whipped. And some die.

E
esther0 a year ago

Reply
Upvote
4 upvotes
In the past I have enjoyed Melbourne Cup day.  The fashion, the food and generally upbeat feeling to the day, despite not being a gambler.  However I think I can no longer stomach Melbourne Cup.  Whatever enjoyment I gleaned from the day feels completely ruined by the news of another horse needing to be put down.  I don't think it's worth it.  I'm not turning into a goody-two-shoes and I don't really mind how other people spend the day but for me 2020 was my last Melbourne Cup; just like it was for Anthony Van Dyck.
C
chrissyinthemiddle a year ago

Reply
Upvote
@esther0 This is exactly how I felt. My last Melbourne Cup was 2018; just like it was for The Cliffsofmoher.
K
kiwicat a year ago