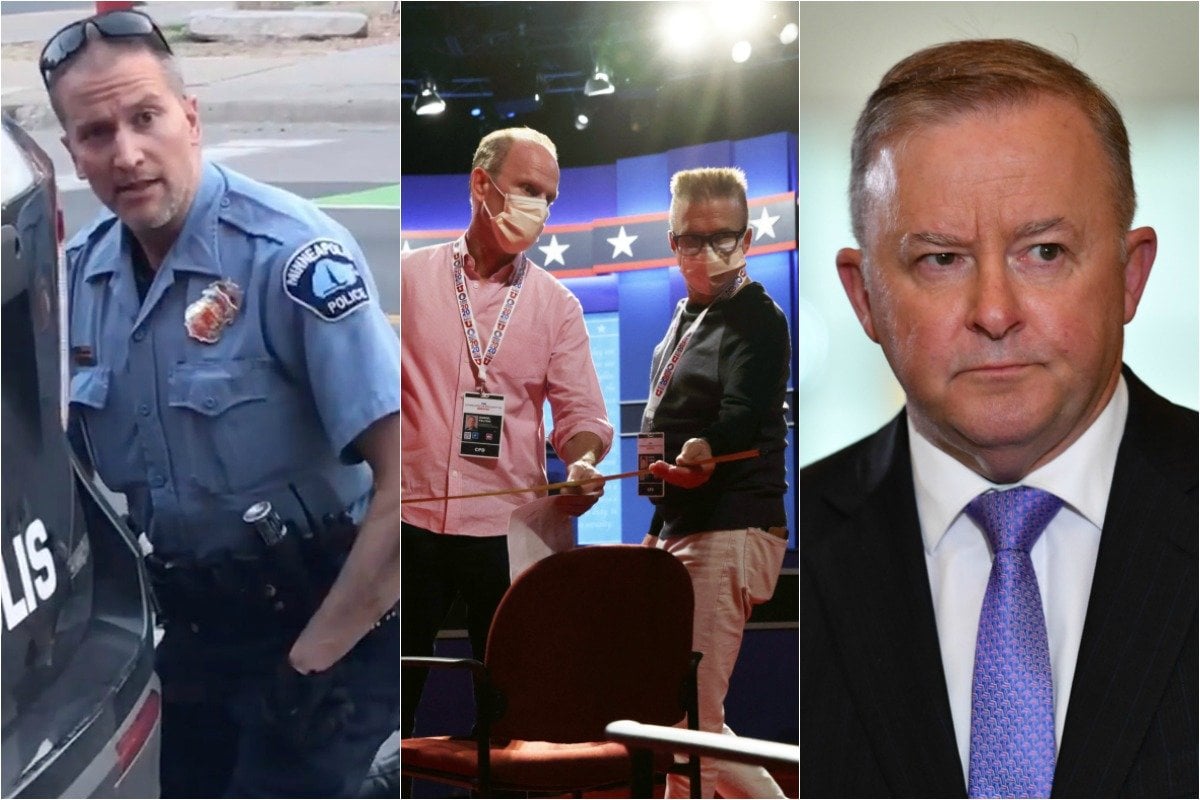 Victorians could be asked to take a coronavirus test to travel interstate when borders reopen.

Premier Daniel Andrews said he agreed with Prime Minister Scott Morrison that borders should be opened by the end of the year.

But he flagged authorities may request travellers undergo testing before leaving the state.

When you’re looking for information, it is important that you get it from the right sources. We've compiled some of the most useful pages here for easy access⤵️ pic.twitter.com/NoIRlOtC6d

"Or we might have one of these rapid testing technologies fully proved up with enough stockpiles to be able to do a test and 30 minutes later you are free to fly."

At present, NSW and South Australia remain closed to Victoria with some exceptions for border community residents.

The countdown is on to see if NSW can find the source of three mystery COVID-19 cases before Queensland resets the clock to reopen the border.

Queensland Deputy Premier Steven Miles on Wednesday said plans to reopen the border at the end of the month may be delayed if NSW Health can't find the source of the unlinked cases in the next 48 hours.

Anyone who attended the Mazda Artarmon repair
centre on Campbell Street between 7.30am and 9.30am on Friday 2 October are considered casual contacts and should immediately isolate and get tested if they develop the slightest symptoms of COVID-19.

The border between the two states has been closed since August 8 with Queensland setting NSW a target of 28 days of unlinked community transmission before it fully reopens.

The southern state went for 12 days without a new coronavirus case before three new cases emerged in Sydney late on Tuesday.

Dr Miles said NSW had until Thursday night to link those cases or the border clock could be reset.

Pence, Harris to clash in US VP debate.

US Vice President Mike Pence and Democratic vice presidential nominee Kamala Harris are set to face off in their only debate.

The televised encounter in Salt Lake City, Utah, on Wednesday evening (Thursday morning AEST) comes after President Donald Trump announced last Friday that he had tested positive for the coronavirus amid a White House outbreak.

Joe Biden, the Democratic presidential nominee, is leading Trump in US polls with less than four weeks until the November 3 election.

Mike Pence and Kamala Harris will be seated more than 12 feet apart tonight, with plexiglass barriers between them. But the barriers are pretty useless, experts said. https://t.co/fG7xqjFsCp

Polls show the race to be closer in some of the election battleground states that could determine the winner.

The two campaigns have squabbled over installing barriers on stage between Pence and Harris to guard against infection.

The debate is unlikely to match the chaos of the first presidential debate last week in which Trump repeatedly interrupted Biden and the two traded insults.

Pence, who once hosted a radio show, and Harris, a former prosecutor known for sharp questioning during Senate hearings, are seen as polished communicators.

Trump symptom-free as Supreme Court prepares to subpoena him over taxes.

US President Donald Trump has had no COVID-19 symptoms for the past 24 hours, with a physical examination and his vital signs showing his condition remains stable, White House physician Sean Conley says.

Conley, in a statement released with Trump's permission, said the president has been fever-free for more than four days and had not needed or received any supplemental oxygen since his initial hospitalisation.

A federal appeals court says Manhattan's district attorney can enforce a subpoena seeking Donald Trump's tax returns and other financial records for a criminal probe into the US president and his businesses.

In a 3-0 decision, the 2nd US Circuit Court of Appeals in Manhattan rejected the Republican president's claims that the subpoena was overly broad and amounted to political harassment by Manhattan District Attorney Cyrus Vance, a Democrat.

Jay Sekulow, a lawyer for Trump, said the president will appeal to the US Supreme Court and seek a stay against enforcing the subpoena.

Former Minneapolis police officer Derek Chauvin has been released from prison after he posted $US1 million ($1.7 million) bond.

Chauvin was charged with murder after kneeling on George Floyd's neck for nearly nine minutes in May.

Floyd's death was captured in widely seen bystander videos that set off protests around the world.

BREAKING: Derek Chauvin, ex-former officer charged in the killing of George Floyd, has been released on $1,000,000 bond. https://t.co/2a8jglsPzN

Three other officers were fired and charged with aiding and abetting both second degree murder and manslaughter. They all previously posted one million dollar bonds to be released pending their trials.

Chauvin is required to return for his next court appearance in March.

READ: His name was George Floyd.

Anthony Albanese will lay the foundations for a Labor government, making public housing maintenance a cornerstone of his federal budget reply.

The opposition leader will on Thursday formally respond to the Morrison government's economic blueprint.

Labor has promised a $500 million plan to start clearing a maintenance backlog of 100,000 public and social dwellings across Australia.

Federal Opposition Leader Anthony Albanese will tonight outline his vision for Australia as he delivers his formal response to the Government's big spending budget. #9Today pic.twitter.com/FAC2yZEJdJ

There is also speculation the opposition leader could make a childcare commitment after the sector didn't receive any new spending in the budget.

"If you are suggesting we should have free child care for everybody, that is not something we are proposing," he told ABC's 7.30.

Tyrrell families to speak at inquest.

Both of William Tyrrell's families are due to speak as the inquest into the NSW boy's disappearance six years ago draws to a close.

William was aged three when last seen playing at his foster grandmother's home in Kendall on the state's mid-north coast about 10.30am on September 12, 2014. 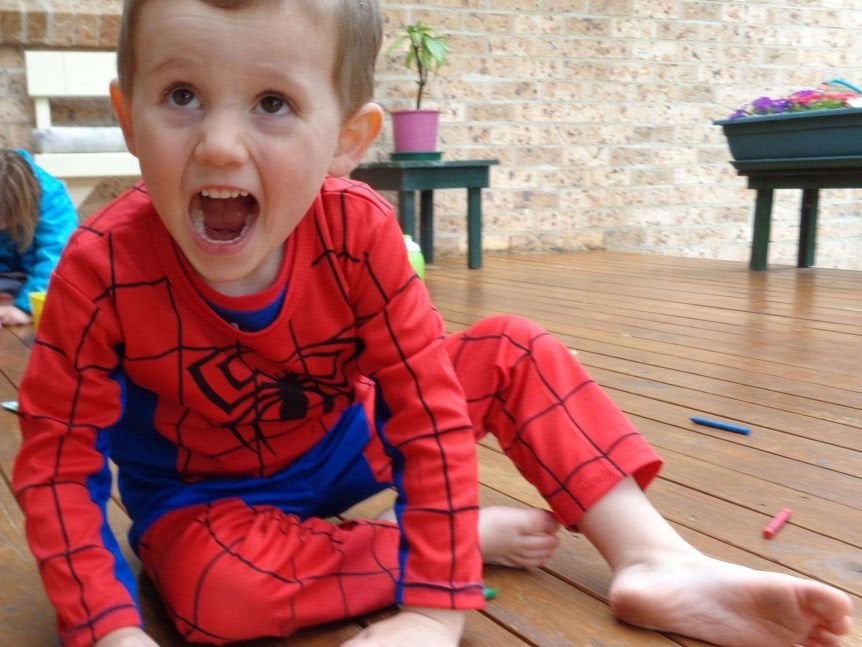 Despite police being called within the hour, hundreds of persons of interest being investigated and stacks of evidence documented, no trace of the boy or his Spider-Man suit he was wearing has been found.

The inquest, which resumed for a fourth and final round of hearings on Tuesday, has closely examined the various lines of inquiry and heard from scores of witnesses since March 2019.

No person has been arrested, let alone charged, over the boy's disappearance.

Breast cancer detection for many Australian women may have been delayed or missed entirely as the first wave of coronavirus led to nearly 150,000 fewer checks than usual.

New data released on Thursday by the Australian Institute of Health and Welfare shows mammograms with BreastScreen plummeted from January to June as COVID-19 hit, with the service suspended in late March.

The temporary shutdown of the biennial program for women aged 50-74 meant breast cancer screenings fell from 70,000 in March to just over 1100 in April.

That was about 72,900 fewer mammograms compared to the same month two years earlier.

- Buckingham Palace has held its first royal event in more than six months as Prince William and wife Kate welcomed Ukraine's president and his wife.

- Filming on the new Jurassic World movie in Pinewood Studios in the UK has been suspended for two weeks because of COVID-19 cases on set.

- Organisers of the Tokyo Olympics are expecting to welcome international spectators at next year's Olympics despite concerns over the COVID-19 pandemic.