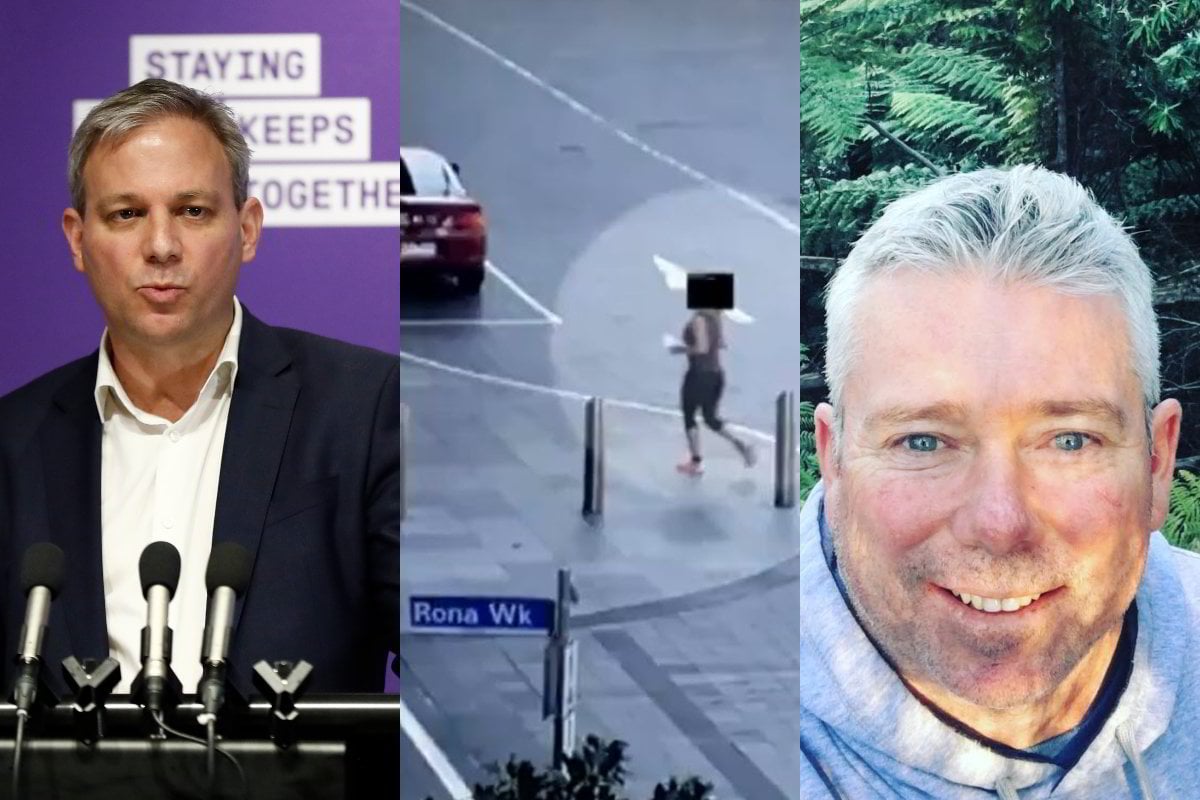 One of the leading COVID-19 vaccine trial has been paused to investigate a suspected serious adverse heath event in a study participant, health news website Stat News reported on Tuesday.

Stat News quoted an AstraZeneca spokesperson as saying in a statement that the "standard review process triggered a pause to vaccination to allow review of safety data."

"This is a routine action which has to happen whenever there is a potentially unexplained illness in one of the trials, while it is investigated, ensuring we maintain the integrity of the trials."

The statement said it is possible the illness in one participant is not related to the trial, which was in phase 3. The participant is believed to be in the United Kingdom.

"In large trials illnesses will happen by chance but must be independently reviewed to check this carefully," the company said.

"We are working to expedite the review of the single event to minimise any potential impact on the trial timeline."

The AstraZeneca and Oxford University trial is one of two manufacturers in a deal with the Australian government to provide vaccines if they prove successful.

Earlier this week, Prime Minister Scott Morrison said it expected 3.8 million doses of the AstraZeneca vaccine, the global frontrunner in the race for a coronavirus vaccine, early next year.

Victoria has enlisted the support of NSW to boost its contact-tracing efforts, as Melbourne's fortnightly case average dives below 80.

Victorians are now fixated on the two-week case average, a key indicator for the government's "roadmap" out of the state's second wave of COVID-19.

It means some Melbourne workplaces and schools are inching closer to reopening from September 28 if the average drops below 50.

Epidemiologist Adrian Esterman is predicting Victoria should be down to 20 cases a day in two weeks if current trends continue.

In the face of criticism from the prime minister, Premier Daniel Andrews said a team of officials would visit NSW later this week to look at that state's contact tracing system.

"NSW are dealing with very small numbers of cases," he told reporters.

"That's a different challenge to dealing with hundreds and thousands.

"They may have some insights into what we can expect to confront. Not right now, but in three weeks, four weeks, five weeks' time."

Victorian chief health officer Brett Sutton told 3AW he wished the system was as "robust" then as it is now, but couldn't say if NSW's team would have stopped the second wave.

On Wednesday, Victoria recorded 76 new coronavirus cases and 11 further deaths. More details about the cases, as well as the official 14-day case average will be released later today.

Victoria Police met with private security contractors two weeks into Melbourne's hotel quarantine program to discuss how to "better coordinate" security, according to internal emails seen during an inquiry.

The emails showed a former police officer wrote to Victoria Police Commander Tim Tully over concerns returned guests appeared to be breaching the designated outdoor area for exercise at the Pan Pacific Hotel.

"Tim, we have quarantined people out again this morning, you will see one has tried to enter the convenience store," the former officer wrote.

In a separate email, he said: "I happen (sic) to see one guest go down Rona Walk and stand in front of urban hub (sic)," with images attached.

"The guard went and spoke to him and he went back into the exclusion area."

He told Commander Tully a guest had accessed a cafe and "we even saw what looked like someone with a takeaway coffee" in another email.

The emails and images were passed on to the Department of Health and Human Services and prompted a meeting between police and security guards.

After the meeting, the officers agreed there were concerns around exercise but determined police would not be required to be on site at all hours, the ABC reported.

Last week, Commander Tully told the inquiry there were no requests for police to be at the hotels at all hours.

Three of the nine COVID-19 cases announced on Tuesday are linked to an outbreak at Concord and Liverpool hospitals, taking the cluster to seven.

The hospital has banned visitors from Wednesday to Friday morning, and all wards will be deep cleaned.

The workers had no symptoms while at work and wore personal protective equipment while caring for patients.

Mr Hazzard says NSW hospitals are still among the safest in the world and are well equipped to weather outbreaks.

"There are approximately 100 staff that have been asked to stand down for the required period of 14 days," he told reporters on Tuesday.

"The New South Wales health system is the tenth-biggest business in the country. There is 140,000 staff. We certainly do have enough staff to make sure that the positions are filled."

The nine new cases were diagnosed in the 24 hours to 8pm on Monday night from 12,494 tests.

NSW Health said five of the new cases were linked to a known local case or cluster, one did not have a known source, and three were returned overseas travellers in hotel quarantine.

NSW Health is treating 79 COVID-19 cases, including seven in intensive care, with three of those being ventilated.

In Queensland, health workers are "aggressively" tracing contacts of people potentially exposed to COVID-19 from an outbreak at Ipswich Hospital.

More than 200 staff at the health facility west of Brisbane remain in isolation.

Beaches on the Gold Coast are closed after a surfer died in a shark attack, the first such fatality in the area in 60 years.

Nick Slater, from nearby Miami, was dragged from the water by fellow surfers and lifeguards at Greenmount Beach at Coolangatta on Tuesday evening.

A man has died in the first fatal shark attack on the GC in more than 60 years. 7NEWS spoke with one of the men who tried to bring him into shore. “I ran down to the beach, dropped by board, sort of trudged through the line-up to get to him.” https://t.co/Wb51GZuMVi #7NEWS pic.twitter.com/tEtlrh9iLQ

The 46-year-old suffered serious leg injuries after reportedly being bitten from the hip down and was pronounced dead by paramedics at the scene minutes after they arrived.

The attack has taken locals by surprise because Greenmount Beach has drum lines and is one of several on the Gold Coast with shark nets in place. 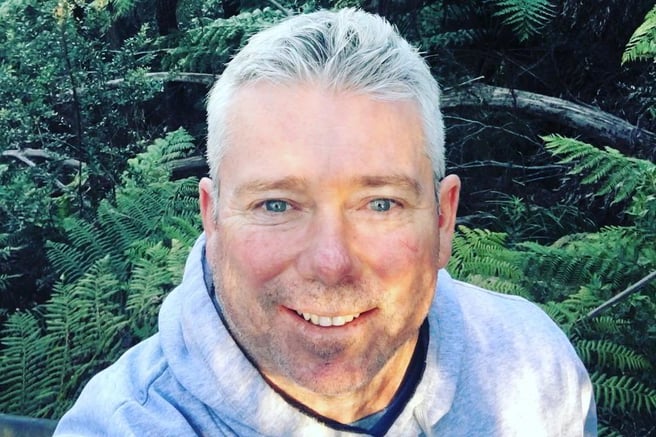 Queensland Ambulance Supervisor William Houghton said the victim was surfing with mates, one of whom witnessed the attack.

"It was a pretty traumatic event for everybody concerned," he said.

A Westpac Lifesaver Rescue helicopter was circling in the area after first light on Wednesday looking for sharks.

Beaches from Burleigh to Snapper Rocks have been closed for the day and lifeguards are patrolling the waters on jet skis.

It's the first fatal shark attack at a Gold Coast beach since 1958.

It's also the second fatal shark attack in Queensland in little more than two months after 36-year-old Matthew Tratt died while spearfishing off Fraser Island in early July.

In June, Gold Coast surfer Rob Pedretti, 60, died after he was mauled by a three-metre white shark at Salt Beach at South Kingscliff in northern NSW.

No Australian correspondents left in China.

Australia no longer has any correspondents working on the ground in China after two journalists were forced to flee the country.

Bill Birtles from the ABC and Michael Smith from the Australian Financial Review have returned home after a five-day diplomatic stand-off.

Chinese police told the journalists they were people of interest in the case of Australian television anchor Cheng Lei, who remains in detention under suspicion of committing "criminal activity endangering China's national security".

Both men were ordered to report for questioning.

It's nice to be home but deeply disappointing to leave China under such abrupt circumstances. It's been a big part of my life & the past week was surreal. A very big thank you to the ABC, friends, colleagues & those involved at DFAT. Plus @MikeSmithAFR for sharing the ride out. pic.twitter.com/zkJEV4Oa27

They sheltered in Australian diplomatic compounds for days as their travel rights were revoked.

Consular officials secured safe passage after the pair agreed to be interviewed.

Both journalists say they are relieved to be home but disappointed about the circumstances surrounding their departure.

It’s a relief to be home in Australia but disappointing to leave in this way. Even if the whole exercise was a piece of theatre by China to harass Australia, the risks were too real to ignore. We no longer felt safe.

The Department of Foreign Affairs urged the ABC to withdraw Mr Birtles from China last week after it learned of Cheng Lei's detention.

Foreign Minister Marise Payne said the government had become concerned about the uncertainty posed for other Australian journalists.

Senator Payne said there was no specific intelligence to suggest the journalists would get a knock on the door from Chinese police but it was important to take appropriate precautions.

Chinese foreign ministry spokesperson Zhao Lijian told reporters on Tuesday the questioning of the men was a normal enforcement of the law which authorities had strictly adhered to during their investigations, Reuters news agency reported.

He said China protected the legitimate rights and interests of news gathering staff and they had the obligation to comply with the laws and regulations in China.

"As long as foreign journalists conduct news reporting in accordance with laws, they should have nothing to worry about," Zhao said.

The Australian government is advising all Australians not to travel to China, warning they could face arbitrary detention.

Australia has now been left without any credentialed journalists in China for the first time since the 1970s.

Senator Payne described the saga as a very disappointing series of events.

"Australia, of course, is a strong advocate of freedom of the press," she said.

"We will work appropriately with media organisations to determine next steps."

- There is joy in Ireland, following a government announcement that pubs can resume pouring pints from September 21, ending a prohibition introduced in March as part of COVID-19 restrictions.

- US President Donald Trump said he was considering spending his own money on his presidential campaign, as his cash advantage over his opponent Joe Biden has evaporated. The Democrat raised a record-shattering $364.5 million last month.