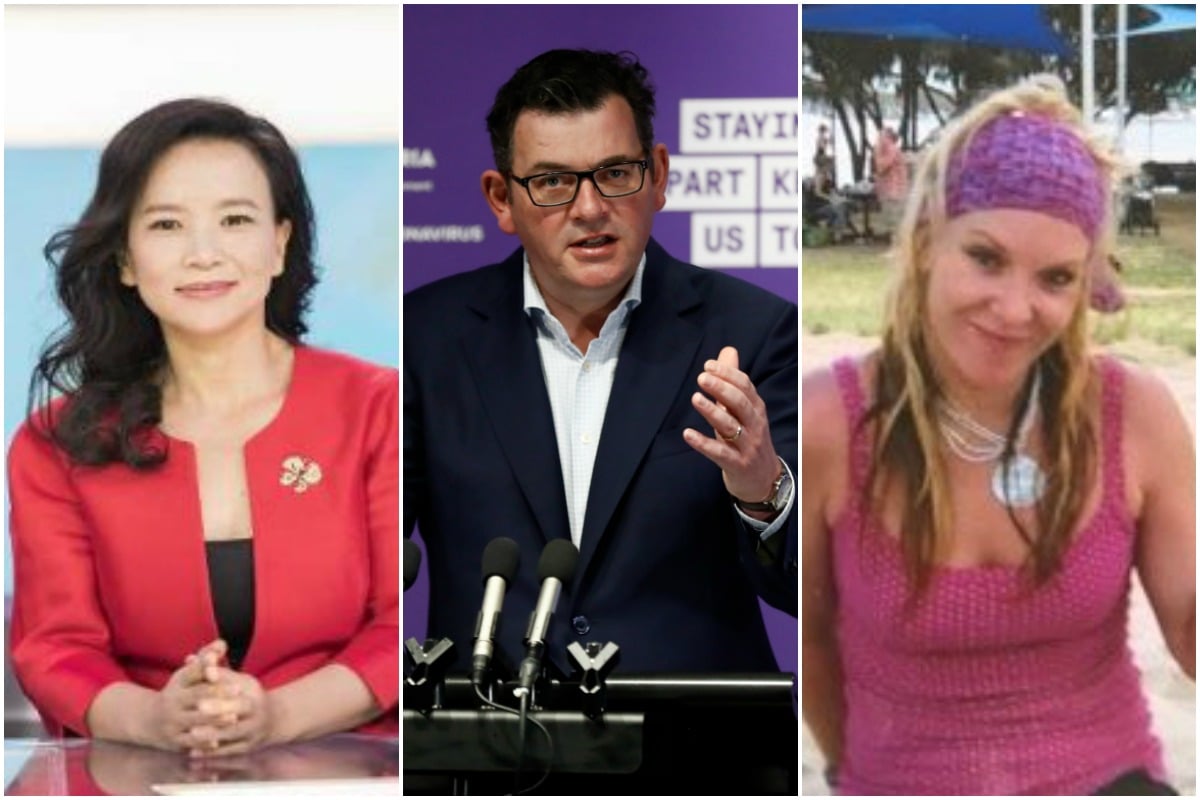 An Australian woman working as a TV presenter in Beijing has been detained by Chinese authorities.

Cheng Lei has been in custody for more than two weeks, the Australian government revealed overnight.

"Australian officials had an initial consular visit with Ms Cheng at a detention facility via video link on (Thursday) and will continue to provide assistance and support to her and her family," Foreign Minister Marise Payne said in a statement.

No reason has been provided for her detainment.

A prominent Australian journalist, Cheng Lei, has been detained in China as tensions between the two countries rise. She is a business anchor on CGTN, the international arm of China's state-owned broadcaster, according to Australian officials. https://t.co/8socNBcsGg

China-based Australian journalist Stephen McDonnell, who works for the BBC, tweeted that Cheng was being held in a secret location without charge.

Born in China, she studied commerce at the University of Queensland before working for Cadbury Schweppes and ExxonMobil in Australia.

After moving to China, Cheng — who speaks with a distinct Australian accent — worked for the Chinese state broadcaster CGTN, the country's biggest TV network.

This is terrible news! Apart from being a top notch journalist (able to do solid stories even inside #China’s massively flawed media) Cheng Lei is an Australian of great character, now held in a secret location in #Beijing without charge. #Australia https://t.co/wtNo2I1a65

She had recently shared a number of in-depth personal updates on Facebook that included criticism of the Chinese government’s response to the coronavirus pandemic.

The ABC reported that Cheng's two young children are in Melbourne.

Victorian Premier Daniel Andrews is believed to have garnered enough support to pass a revised six-month extension to state-of-emergency powers.

With the state-of-emergency provisions to expire on September 13, the Andrews government has been in talks to win over wary crossbenchers.

The premier had wanted a 12-month extension, but he will likely have to compromise ahead of parliament's vote on the amendment when MPs return on Tuesday. 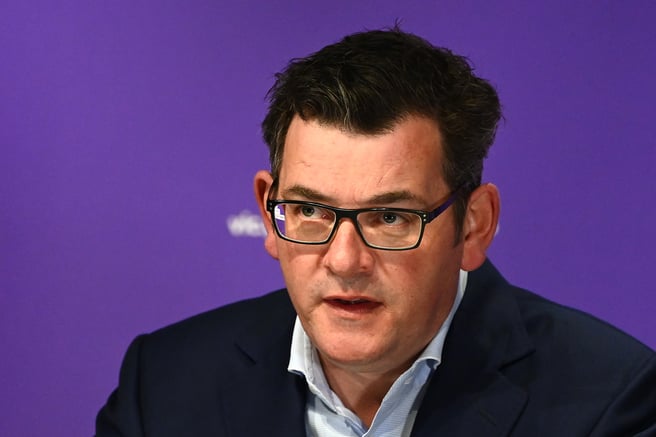 Key crossbencher Fiona Patten has indicated that she could get behind a sixth-month extension, but only if the state of emergency is justified to the minor parties and independents once a month.

Victoria's police, doctors, nurses and paramedics unions have all publicly called for the powers to be extended.

Labor will have to pass the bill without the backing of ex-party factional powerbroker Adem Somyurek, who said he will abstain from voting on any bills until a corruption watchdog probe is finalised over alleged branch stacking.

Mr Andrews has refused to say if restrictions will end on September 13, but he has promised to provide the state with a "detailed roadmap" that will outline Victoria's exit plan.

NSW nursing home ban could be reversed for Father's Day.

Sydneysiders may be allowed to visit nursing homes for Father's Day if the coronavirus cluster in the CBD remains under control, NSW Premier Gladys Berejiklian says.

NSW recorded 10 new cases of COVID-19 on the last day of winter, with six of those travellers in hotel quarantine and four linked to the CBD cluster.

The cluster associated with the City Tattersalls gym has now reached 34 cases.

Ten new cases of #COVID19 were diagnosed in the 24 hours to 8pm last night.

Ms Berejiklian said if the cluster stays contained she may reconsider the ban on visits to Sydney and Central Coast nursing homes in time for Sunday.

A Sydney bus route, gym and pub are the latest to be subject to urgent public health warnings related to the CBD cluster.

The premier is expected to visit the NSW border town of Albury today to announce an easing of the state's border permit system with Victoria.

She will reportedly announce a 50km border buffer zone on either side.

In Queensland, a school in the southeast is at the centre of the state's latest COVID scare. Only one new case was detected yesterday.

#BREAKING: A Logan school in Queensland's south east has been exposed to one of the state's new COVID cases. #9Today pic.twitter.com/CjurTt1BcT

Search underway on Gold Coast property for Tina Greer who went missing in 2012.

Homicide squad detectives are "confident" they'll find the remains of missing Queensland woman Tina Greer on a property in the Gold Coast h﻿interland.

They executed a search warrant there yesterday morning in relation to the missing mum's disappearance eight years ago.

The 32-year-old was last seen on January 18, 2012, when she dropped her daughter off at a friend's house before driving west to see her boyfriend, Les Sharman.

Her car was found three days later on a dirt road near Governor's Chair Lookout.

It's believed she was murdered elsewhere and brought to the property with the help of others. Detective Inspector Hansen said he is "also very confident" they'll be able to prosecute people for this offence.

A lawyer for relatives of victims killed when Malaysia Airlines Flight 17 was shot down over eastern Ukraine in 2014 has told trial judges that the families want damages in recognition of the injustice they have suffered.

Lawyer Arlette Schijns was speaking at the resumption of the Dutch trial in absentia of three Russians and a Ukrainian allegedly involved in the downing of MH17. The four men have been charged with offences including mass murder.

All 298 passengers and crew, including 38 Australian citizens and residents, onboard the Boeing 777 flight from Amsterdam to Kuala Lumpur were killed when the plane was blown out of the sky by a Buk missile on July 17, 2014. 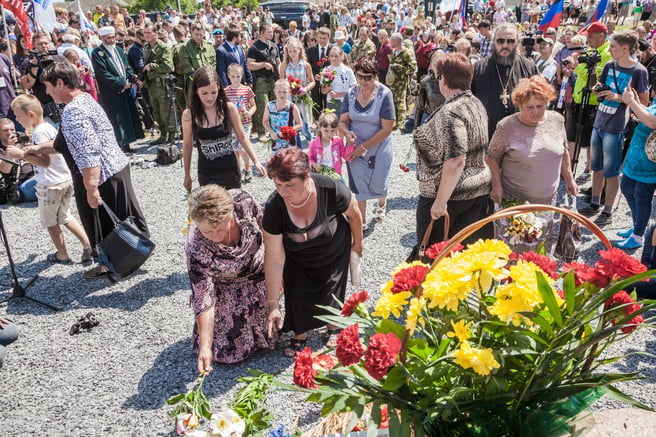 Visitors leave flowers in the stone memorial where the malaysian flight MH17 fell in the Hrabove village, Ukraine, during commemorations. Image: Celestino Arce/NurPhoto/Getty.

Schijns, who is representing 450 relatives, urged the court not to lose sight of the suffering of the hundreds of people who lost their loved ones as she addressed the judges on legal questions linked to families' right to claim damages.

"This is about individuals who were confronted six years ago with a terrible loss that continues to have an influence on their lives today," she said.

Lawyers said that 76 relatives have so far said they want to make a victim impact statement during the trial and 316 have said they plan to apply for damages.

At the end of Monday's hearing, Presiding Judge Hendrik Steenhuis adjourned the trial until September 28.

— A three-year-old girl entangled in the tail of a giant kite survived a terrifying ride after being swept more than 30 metres into the air during a kite festival in Taiwan.

A three-year-old girl miraculously suffered no injuries after she got caught in the strings of a kite and lifted several metres in to the air at a festival in Taiwanhttps://t.co/z98WbIMXl2 pic.twitter.com/iMA5GE2Lsb

— The head of the World Health Organisation is warning that opening up societies too quickly amid the coronavirus pandemic is a "recipe for disaster."