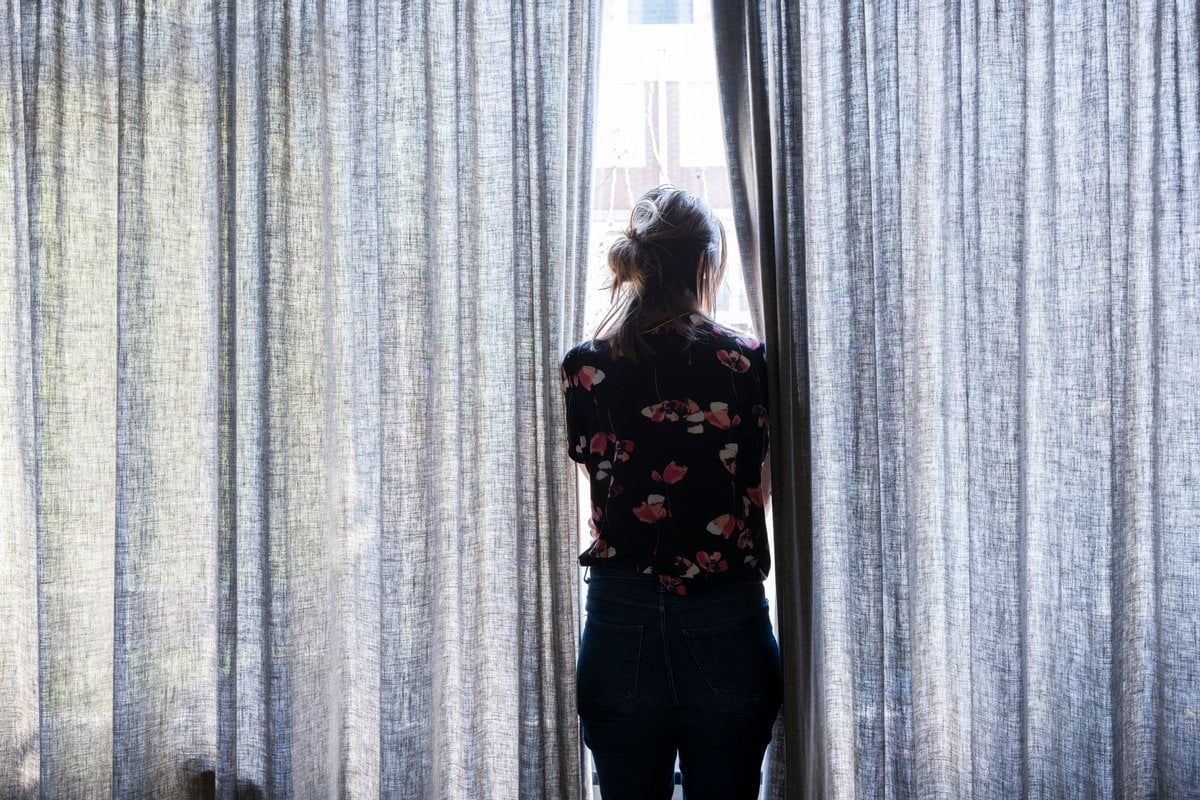 This is a love story that began when I was 17.

He told me he wanted to serve, and I complied, not knowing what I was complicit in.

I have wished a thousand times over that I knew when I kissed him goodbye, the man I loved so dearly would remain in Afghanistan.

After Afghanistan, I met him at the airport. I fell into his arms expecting my kindred and met a total stranger. He was too gentle to see what he saw.

Everything unravelled over 6 months.

Silences, rages and night terrors. Retreating one moment, showering me with affection the next. I was on uncertain footing every day, isolated from everyone I loved, and ashamed to tell them that my husband, the veteran hero, was terrifying me more as each day passed.

I remember being thrown against the wall and looking up into his eyes, seeing nothing.

That was the most terrifying aspect, to realise that he had exited the situation and I was alone with sheer, raw, rage. Rage that didn’t reason, and rage that was only fuelled by my pleas.

I came to on the floor, alone. Disoriented, sore, piecing together what had occurred.

I remember thinking I should be screaming, but felt nothing and decided that behaviour would be anti-climactic. I imagine this is how he felt the first time he saw a life lost.

I knew something I loved was broken, and in that moment wanted desperately to fix it.

It was going to be fine because it had only happened once, and could go back to how it was, mere seconds ago. That man who worships the ground you walk on, the one you only dared dream you’d find. The hero.

That life you had, until he tried to reinforce the wall with a person half his size.

I don’t remember much. I considered leaving, but couldn’t. Instead, I went and found him on our bed. I was at a loss as to the order of events.

There was no precedence for this in our relationship and I felt like someone who has arrived at a formal event in jeans. My instinct was to apologise. He began to cry and I held him while he sobbed, telling him that it was alright.

At that point, I honestly believed it was. We had too much history, and we loved each other too much. He was my hero and he needed me.

I wiped his tears, told I loved him. I wanted to take away the pain I knew he was in, and none of the bruises on my body hurt as much as seeing him so broken.

I told him it was ok, we knew there would be an adjustment period when he got back. He asked me to cover the wound on my arm and get into bed. I was so preoccupied that I hadn’t noticed I was bleeding.

For the first time in so long we fell asleep in each other’s arms.

So began the next 5 years of managing his PTSD.

The next morning, I woke alone, stiff and in pain. It was my birthday and my loving husband was making me breakfast before an appointment to see my psychologist. HBD to Me.

After months of begging, he came with me and we calmly stated what had happened.

She then became the first person to explain to me that he didn’t mean it, it was PTSD, and gave me details of a veterans counselling service.

It spiralled out of control from there. The memories are disjointed.

Cowering in the corner trying to disappear while he berated me. The hole in the kitchen table. Him disappearing for days at a time.

The day he told me I had murdered his child after I miscarried, also the first night I sat alone on the floor and honestly thought it would be better if I died. Sleeping with my car keys to escape the night terrors.

Each day I felt paler than the last. Weaker, sadder and more inclined to lie because all anyone could talk about was how brave he was.

I convinced myself that I deserved it because I wasn’t unselfish enough to deal with his trauma. The coercive tactic that made me feel I needed to stay.

With every argument, he was so convincing. I talked to him, intending to relay my unhappiness, only to agree with him regarding how inept I was, swearing to do better.

No matter how hard I could fight, he could fight harder, and the boundary wasn’t there for him anymore. It was rigorously and meticulously trained out of him.

He knew me, and used insecurities and events I trusted him with.

He took control over my own innermost thoughts. I was never safe, and reason was gone. The comfort of knowing myself was ripped from me.

My face in the mirror was a stranger and it was horrifying to feel like I didn’t know myself and maybe never had. The saddest part is that I believe this was a reflection of how he felt coming home.

That was what the Army did to him, stripped the reasoning he inherently had, and everything that made him question.

Do not think, do. Use anger, channel it to obey orders and feel powerful doing so. Training that encouraged behaviour parallel to gendered violence, and then disregarded this conditioning under the guise of trauma when the violence returned home.

Violence is a choice, but this conditioning facilitated the logic in which it was used. And no one believes you when you try and explain what the veteran is doing to you behind closed doors.

Listen to The Quicky where Claire Murphy investigates the warrior culture with Australia's SAS. Post continues after podcast.

I was directed to a partners of veterans “support group”.

Over 12 weeks I had his trauma explained to me while I divulged incidents that if I heard now, as a social worker, would make my blood run cold.

Not once was I directed to police, a family violence organisation or offered any safety planning other than workshops in changing my behaviour to minimise triggering him. I wasn’t alone.

A dear and brave friend I met in this program was also sent home into danger and uncertainty. The blessing was meeting each other and trauma bonding, as our friendship groups were the only supportive avenues of escape not involving shame at the audacity of wanting to leave war heroes.

On more than one occasion it was voiced that we must be particularly terrible women to abandon these traumatised soldiers when they needed us, never giving us the autonomy to explain that these men were twice our size and trained weapons of war.

After I left for good, in the timeframe now recognised as the most dangerous for victims, he called me around 20 times, and left a voicemail threatening to kill himself.

My instinct was to go to him immediately. I will forever be grateful to my sister who stopped me and called the police.

Later when I needed evidence of this incident, I was horrified to find it listed on record as a ‘welfare check’. He told the police he was an Afghanistan veteran with PTSD, and thereby a huge red flag was missed.

I wasn’t surprised when I learned of the war crimes currently under investigation.

When men are taken and deconstructed to believe violence is normal, and that they are heroes for perpetuating it, this is the horrific but natural trajectory of feeling entitled to grant life or take it.

I understand wounds that will be ripped open for so many and my heart is heavy with the very real and very tangible pain. However, I also know that for many like me and my friend, who didn’t understand or deserve what was happening and felt like our truth was being choked back down to eat us alive; this is finally an opportunity to feel heard, and to speak.

Reply
Upvote
Excellent article. I hope the Powers that be read it too and decide that they are responsible for reprogramming veterans.
guest2 2 months ago