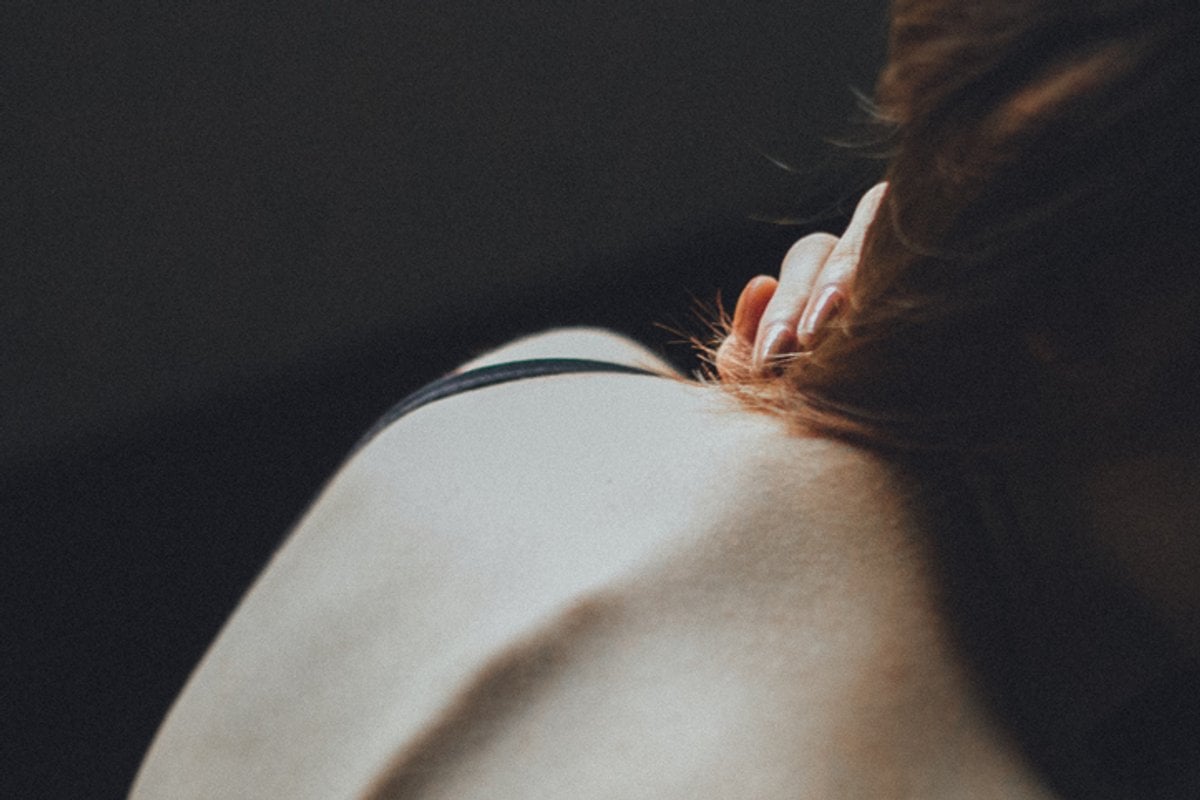 There has been a recent push to criminalise coercive control within Australia, but not everyone is on board. It’s not that we don’t agree that coercive control needs to be addressed, or that it’s not impactful. Because it is. It’s just that this campaign puts the cart before the horse.

Not everyone agrees that a new law can create or push for the reforms that are needed. Or that entire systems such as courts and police can be turned around as quickly as some would have us believe. Systems that were designed and laws that were written by powerful white men, that in turn have (both currently and historically) reinforced the invulnerable positions of those same powerful white men in relation to gender-based crimes.

The current criminalisation campaign poses a morally based proposition that coercive control is conduct worthy of public condemnation (a position no one disagrees with), however it places it almost exclusively within a criminal justice context. This is what is at issue.

Watch: Women and violence - the hidden numbers. Post continues below.

It is this context that has survivors of domestic and family violence (especially those from marginalised communities and with complex mental health) deeply concerned. We’ve been on the receiving end of these white, able, male dominated systems and know all too well how they have failed us. We fear how easily these laws could be abused.

For me, this is where gender, disability and the stigma that surrounds us collide. It is where disabled voices are dismissed, and complex mental health is used against us. It’s not just what’s expressed within community attitudes, it’s also embedded within the very structures that have harmed us.

The same structures we’re now told to place our trust in yet again. And honestly, I just can’t. Because it's women like me who don’t fit the impossible mould society dictates who will be the collateral damage if they get this wrong.

To be fair, no victim-survivor I have ever met actually does fit  the image of the perfect passive victim that’s needed to attract the sympathy and ‘protection’ of these patriarchal structures.

Talk of criminalising coercive control has created immense fear for the ones who’ve had the power of the system held over them.

The women who’ve been arrested or victimised by the system.

For me this was my abuser calling the police and enlisting them to come and take me away, willingly taking on an instrumental role in his domination and humiliation of me. Dragged off to hospital to be punished for responding to the trauma he inflicted.

The same police who stood there and empathised with him “yeah we know what they’re like”, physically picked up out of my wheelchair and placed (with threats of handcuffs) into an ambulance, an armed officer by my side.

It shattered my trust that police could ever believe me over him.

I was put on involuntary treatment orders, emaciated, refusing to eat, and then not believed. Saying “my husband wants me to die” but was discharged back home to his care.

I’m the woman who screamed, fought back and swore “you’re not listening to me” while begging them to please not send me home.

Yet during my distress they allowed him hold me down while they sedated me. Violent men and violent systems all situated around who has power and who hasn’t.

Further to this, some of us turned to petty crimes like theft or fraud to survive.

Left with little money and mounting debt I’d steal rolls of toilet paper from public toilets, and sugar packets of tables as I’d go past cafes.

Then there was other stuff like nappies and packets of baby wipes from the supermarket to get by. While this filled me with shame and guilt, it also filled me with fear of getting caught and punished even more.

I’d also been in a courtroom in the past and had all my psychiatrist notes subpoenaed and read out for everyone to hear.

I’d learnt through this process how our mental health is used against us, and how powerful the ‘crazy woman’ trope can be in the midst of unbridled patriarchy.

I was grilled on the stand for a day and a half by one powerful man trying to mitigate another powerful man’s guilt based purely on my mental health. He succeeded.

I had my entire life torn apart - dissected and disseminated for everyone to hear and to be placed in further danger by the disclosures contained in psychiatrist notes that were never intended for that audience.

I remember hoping they wouldn’t bring up the violence I was currently living with. While the risk this put me in has never been acknowledged, what it told me (and him) was that the system was stacked against me. Despite some tinkering at the edges in the name of ‘reform’, the system remains stacked against me.

As reported by the Conversation, the experts acknowledge concerns that "successful law reform would rely on victims’ willingness and ability to involve police. But there are many reasons why victims are hesitant to report abuse".

I was afraid and held off making a statement against the man who’d abused me for 10 years because I knew how a court had treated me in the past.

Sadly, the sentencing remarks full of sympathy for a guilty man, and scorn for his crazy wife did little to shift my trust moving forward to this day.

I, like others, can also see how these laws have the potential to be harnessed and used against us. Again, it’s women like me that will bear the brunt of unintended consequences.

After leaving the courts and him behind me, I reached out (like many women do) and grabbed onto anything and anyone I could to help drag myself and my children out of the poverty and isolation we were left to struggle in.

With this came further degradation. Fresh trauma piled on top of the rest. Emotional dumping grounds for angry men. Men who trawl tinder for women to manipulate and abuse. Men I won’t go back into that system (the one that’s meant to protect us) to hold accountable.

No victim should be bought into that system until we’ve stopped the harm. I want whatever law is introduced to come after systems are overhauled, dismantled and rebuilt from the bottom up and we’ve achieved lasting cultural change.

Victoria’s Royal Commission into Family Violence echoes this view: “Whatever laws we have will be only as effective as those who enforce, prosecute and apply them. Improving these practices—through education, training and embedding best practice and family violence expertise in the courts—is likely to be more effective than simply creating new offences.”

Introducing this law won’t make us less afraid of the police and the courts. It won’t turn all of this around. It won’t give us what we need to pull ourselves out of poverty and isolation.

Some (but not all) of the darkest days I’ve ever had were on the other side, after I got away from his violence and that courtroom. It also won’t build, or fund the structures needed to keep us and our children safe.

I got the justice everyone keeps saying we need, and it didn’t change anything. No amount of validation or vindication can give me back what he took. His sentence to be served concurrently are words I’ll never forget.

Others have had charges dropped due to not being able to meet the “beyond reasonable doubt” benchmark of the criminal justice system. Something I’ve also encountered.

None of this feels like justice. So we run from the system. I’m still running from it. Like many others I won’t ever return there.

I won’t engage with a system that’s built for men until it understands the position of women and addresses the damage it causes. This is what so many of us want to see before we give them more laws and more “power over”.

Placing validation for victims within the criminal justice system, can and does fall short. Until justice pathways are strengthened and rendered safe for all of us what I’m asking for are the tools and resources to be made available so we can validate ourselves.

Provide us with what we need to heal ourselves and protect our families. Build supports and deliver recourses so that we can bring our own lives out of poverty with dignity. So we don’t have to turn to stealing, or putting our bodies on the line (when we don’t want to) to feed our children.

Heal our children instead of putting more punitive measures in place for them to navigate.

Invest even more now in prevention so that no one needs intervention.

Listen to what communities need to break all of us out of these patriarchal systems and structures built by powerful white men.

For many of us from marginalised communities our trust in police and courts has been deeply damaged and what must come first is a rebuilding of trust via imbedded and proven change.

For those of us who’ve seen how the very same systems of power have been harnessed and weaponised against us hold real valid concerns that we’re repeating past mistakes.

The campaign has sparked heated discussions, ones we must continue as frankly and fearlessly as we can. This is where we will begin to bring about the long term change that’s needed.

Build the awareness surrounding all the different forms of violence, from multiple angles that speaks to the diverse nation that we are.

Get this right first, consult with victim survivors and researchers alike and not allow the system to continue causing more harm long into the future.

Reply
Upvote
I used to think that mediation would be the way forward. A feminine, collaborative method for the two people in conflict to respectfully communicate about their needs and fears, etc and find a solution to either peacefully separating or trying to overcome their relationship challenges.
I'm less sanguine now.
Some mediators and many participants seem to have just transferred the combative court process into the mediation room. Victims are scared and both sides play the victim card in order to gain the advantage in the negotiation.
It's a shame. It wasn't meant to be like this. However, I can readily imagine a time when abusive men are claiming to be victims of coercive control by their "manipulative" partners.
C
cat a year ago

Reply
Upvote
1 upvotes
@grumpier monster that might work for a couple who just have a bad marriage, but you can’t mediate a situation where one person wants and needs to control the other and it would be incredibly traumatic to try.
S
snorks a year ago