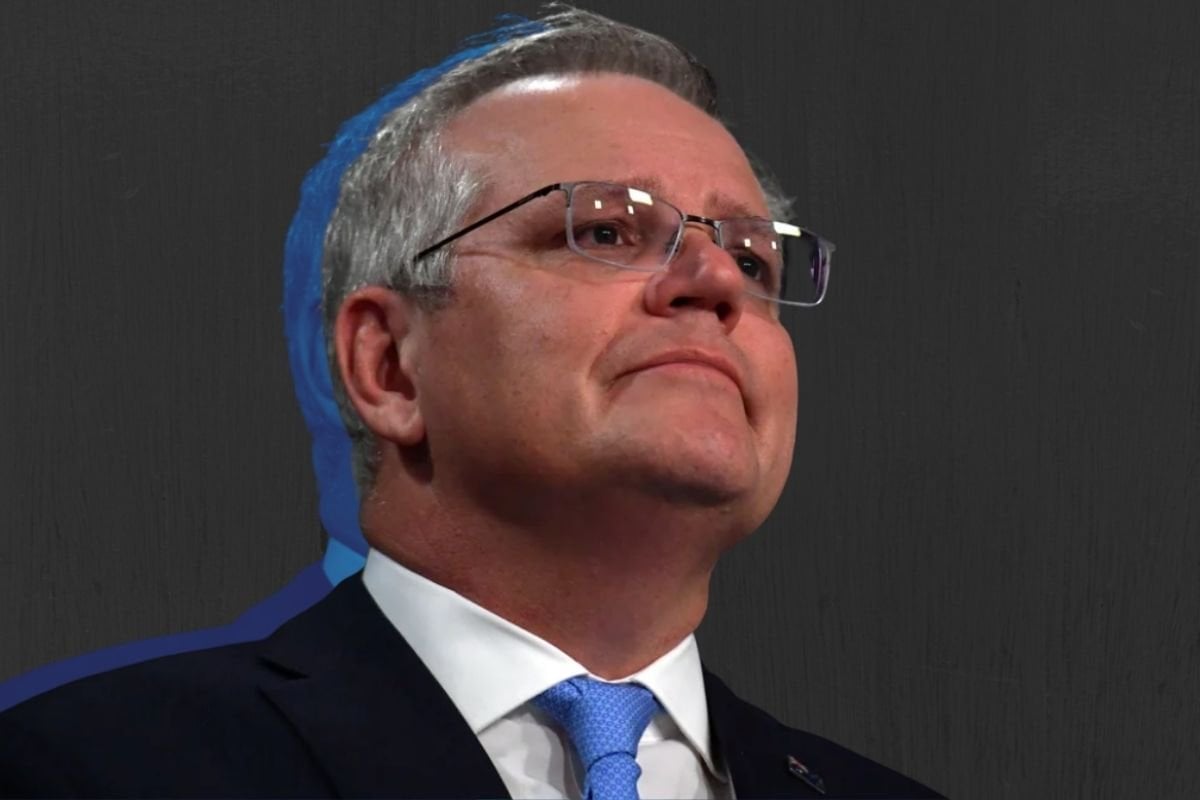 On Thursday November 19, 2020, a redacted version of a report four years in the making will be made available to the Australian public.

Its contents are so horrifying that the Prime Minister took the time to hold a press conference ahead of their release to warn us about the "deeply disturbing" allegations made inside.

"This will be difficult and hard news for Australians, I can assure you," Scott Morrison told reporters on Thursday.

He has warned us to prepare for allegations of "serious and possibly criminal conduct" and has already put a number of structures in place to make sure the public is confident the government will do everything they can to investigate.

338 witnesses and 55 incidents: What we know about the allegations.

An inquiry began in 2016, in response to rumours and allegations relating to possible breaches of the Law of Armed Conflict by members of Australia's Special Operations Task Group in Afghanistan from 2005 to 2016.

It was an administrative fact-finding probe, not a criminal one, and called 338 witnesses while examining 55 separate incidents or issues including alleged unlawful killings and 'cruel treatment' of unarmed civilians, and former combatants.

The inquiry also looked into whether organisational, operational and cultural factors enabled the alleged breaches, and was run by New South Wales Court of Appeal Justice Paul Brereton, who is also a Major General in the Army Reserves.

In July 2017, the ABC's investigation The Afghan Files reported on hundreds of pages of leaked secret defence force documents that suggested a growing unease at the highest levels of Defence about "ingrained problems" and a "warrior culture" within Australia's special forces.

A large proportion of the documents were reports on at least 10 incidents between 2009-2013 in which special forces troops shot dead insurgents, but also unarmed men and children.

Incidents detailed included the severing of the hands of dead Taliban fighters, the deaths of a man and his six-year-old child during a raid on a house, and a helicopter attack that killed boys with their donkeys.

The seven-part series investigation lead to a raid of ABC headquarters by the Australian Federal Police.

In March 2020, Four Corners aired footage from a helmet camera showing an Australian soldier shooting dead an apparently unarmed Afghan man in a field in May 2012. A former SAS soldier also told the program he saw three incidents of alleged murder.

Afghan villagers provided details as well, saying an SAS squadron raided the village of Sola in Uruzgan province on August 31, 2012, days after a rogue Afghan soldier killed three Australian troops. Villagers were allegedly blindfolded and tied up, and a local imam and his son were shot dead.

In 2018, allegations against Victoria Cross recipient Ben Roberts-Smith emerged in relation to reported war crimes, however the former soldier is pursuing defamation claims against various newspapers who he says wrongly characterised him as a criminal.

This week the former soldier has confirmed his own conduct is under investigation as part of Brereton's report and has welcomed the Morrison government's announcements of further probes.

Ben Roberts-Smith: War hero confirms conduct is being investigated in bombshell report to be released next week https://t.co/tcUZaf2Zn2

The report was handed to the Chief of the Defence Force on November 6, and came to a conclusion as to whether or not, and to what extent, there is evidence of a breach of the Law of Armed Conflict or other misconduct.

Australia Defence Association director Neil James has confirmed some of the allegations relate to "people that previously the country has held in high regard".

What did the Prime Minister say?

The Morrison government on Thursday announced it has set up a special investigator's office to examine the findings of the report, as well as a panel of experts who will oversee the Australian Defence Force's broader response to the inquiry.

Prime Minister Scott Morrison warned that the findings will contain "difficult and hard news," that there were a "significant number" of incidents and issues to look into, and the investigation would be "inherently complex".

He warned the process would "[require] us to deal with honest and brutal truths where expectations and standards may not have been met," and said it was going to be particularly difficult for our serving and veteran community. 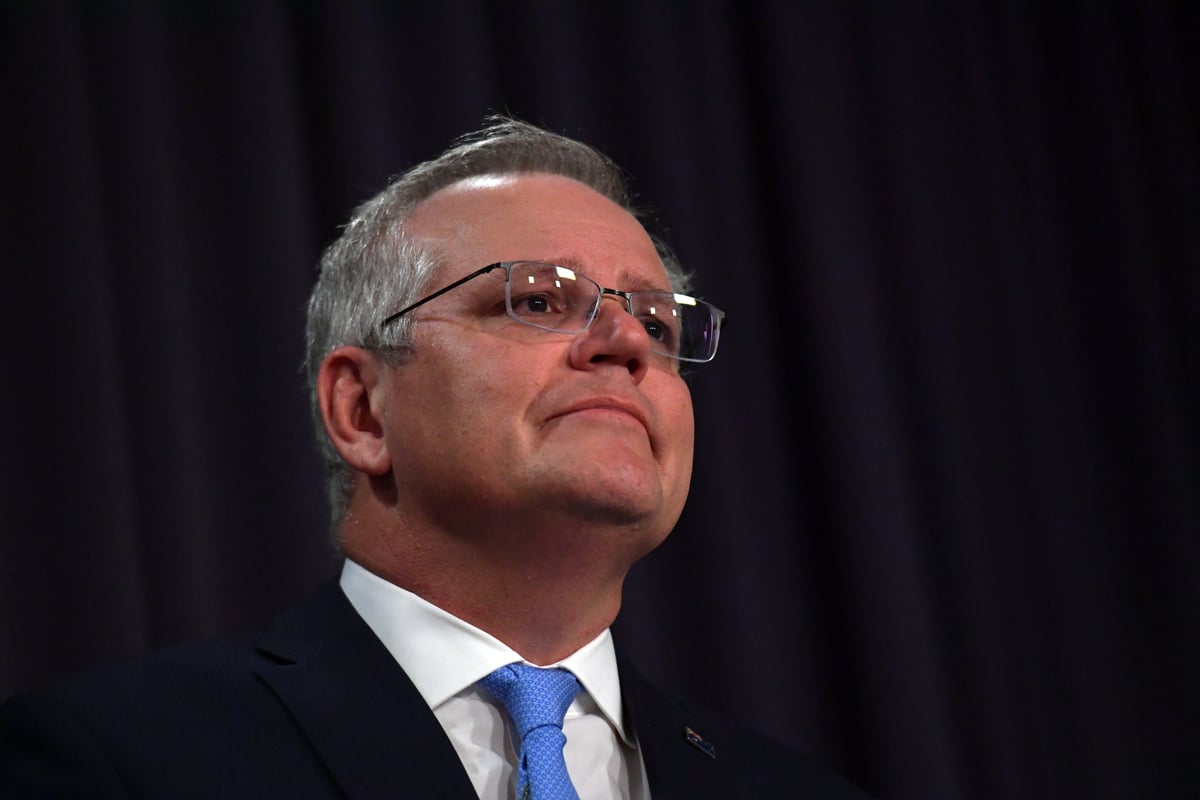 Morrison has pre-warned the country about the damning findings of the war crimes probe. Image: Getty.

"Given the likely allegations of serious and possibly criminal misconduct, the matters raised in the inquiry must be assessed, investigated and, where allegations are substantiated, prosecuted in court," said Morrison, adding: "The Office of the Special Investigator will address the criminal matters made in the Inspector General's report and investigate those allegations, gather evidence and, where appropriate, refer briefs to the Commonwealth Director of Public Prosecutions for consideration."

He believes potential prosecutions will mitigate against the possibility of Australian soldiers being called before the International Criminal Court.

"We need to deal with this as Australians, according to our own laws, through our own justice processes and we will," he said.

"I think that will say a lot about Australia."

The Prime Minister also stressed that "there is some disturbing conduct here, but we cannot then take that and apply it to everyone who has pulled on a uniform."

What will happen next?

Home Affairs Minister Peter Dutton said given the gravity of the allegations, it was appropriate that a special investigator assess each case forensically.

"That will take, I think, a longer period of time than people probably expect," he told the Nine Network on Friday.

"But it needs to be gone through thoroughly and we owe that to the soldiers, but we need to take the allegations very seriously."

"We have to be careful here that the men and women of our Defence aren't tainted with the same brush... No one can know the sacrifices they make, no one can know what it's like to be in the hills of Afghanistan for months." @karlstefanovic #9Today pic.twitter.com/pphJy4YdMp

Defence Minister Linda Reynolds has also echoed the Prime Minister's comments, saying she had "no doubt" it would be distressing.

She urged anyone who felt they needed help to contact ADF support services.

Sources have said that the report is not expected to name soldiers, alleged victims or witnesses, but details of incidents will be revealed.

The office of the special investigator will look at criminal matters raised in the report, gather evidence and potentially refer briefs to the Commonwealth Director of Public Prosecutions.

It will be led by either a senior counsel or retired judge with experience in international law.

The office will be staffed with investigators from the Australian Federal Police, state police experts and legal counsel.

The oversight panel will be led by former intelligence watchdog Vivienne Thom.

University of Tasmania vice-chancellor Rufus Black and ex-attorney general's department boss Robert Cornall will also be on the panel.

It will advise the government on cultural, organisational and leadership issues in Defence linked to the allegations, and will play an essential role in ensuring ongoing confidence in our country's defence force.

Punishments for some of the alleged offences already revealed range from 17 years in prison to life, reports the ABC.

Reply
Upvote
So,  I just saw the (redacted) Report - It's clearly as bad as the Prime Minister intimated.
This was not a criminal investigation, that may happen next. The ABC did do some good work on the legalities, what happens next and so forth which is worth a read for anyone with an interest here.
A
anonymous a year ago