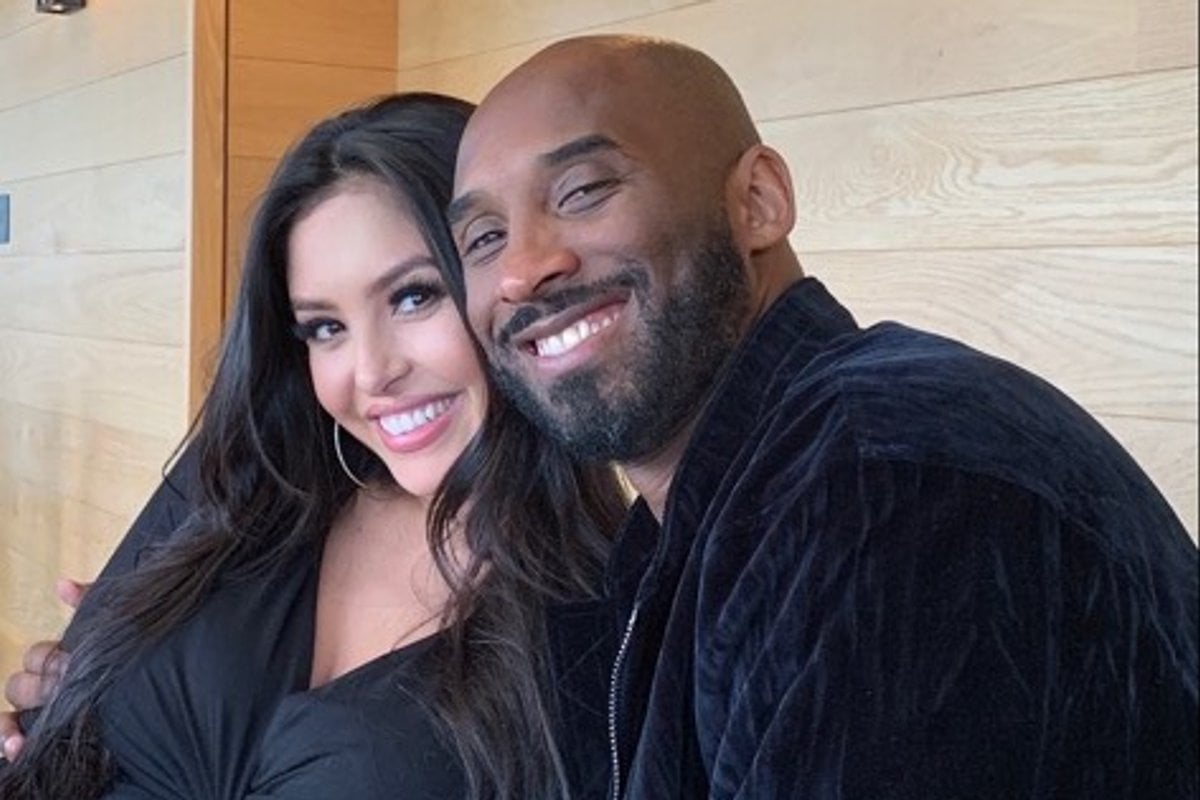 More one year has passed since the deaths of basketball legend Kobe Bryant, 41, and his 13-year-old daughter Gigi Bryant.

On January 26, 2020, the pair passed away in a helicopter crash alongside seven other people who were on their way to a women’s basketball tournament in Calabasas, California.

Kobe Bryant’s wife, Vanessa, suddenly found herself to be a widowed mother of three, the youngest of whom was not even one-year-old at the time of the deaths.

Last month, Vanessa opened up about her experience with grief on her Instagram, where she has over 14 million followers.

"Grief is a messed up cluster of emotions,” she reflected.

"One day you're in the moment laughing and the next day you don't feel like being alive," she wrote. "I want to say this for people struggling with grief and heartbreaking loss. Find your reason to live. I know it's hard."

"I look at my daughters and I try to push through that feeling for them. Death is guaranteed but living the rest of the day isn't," the 38-year-old concluded. "Find your reason."

On Saturday, Vanessa slammed a tweet shared by Evan Rachel Wood soon after her husband's death. The tweet referred to a rape allegation made against Bryant in 2003 by an unidentified woman, which was later dismissed.

"What has happened is tragic. I am heartbroken for Kobe's family. He was a sports hero. He was also a rapist. And all of these truths can exist simultaneously,” Evan Rachel Wood tweeted at the time.

"This just came to my attention," Vanessa Bryant wrote on Instagram this week, alongside a screenshot of Evan Rachel Wood’s tweet. "Your false, insensitive, defamatory and slanderous tweet on 1/26/20 is vile and disturbing to say the least."

Evan Rachel Wood defended the initial backlash at the time, saying her tweet was "not a condemnation or a celebration" but "a reminder that everyone will have different feelings and there is room for us all to grieve together instead of fighting. Everyone has lost. Everyone will be triggered, so please show kindness and respect to all".

Over the last 12 months, Vanessa has shared several tributes to her late husband and daughter and celebrated their legacy.

“I always wanted to go first so that I selfishly didn't have to feel this heartache. You were supposed to miss me. Gigi was supposed to be here with her sisters. It should've been me.”

The year following her husband’s death has been marked by further personal heartbreak, with her own mother publicly accusing Vanessa of making her work unpaid as a "longtime personal assistant and nanny" for the family. The mother sued Vanessa for $5 million, which Vanessa said was her mother trying to "extort a financial windfall" from her family.

Kobe and Vanessa began dating in 1999, after meeting on the set of a Snoop Dog video that she was modelling in, Vanessa was only 17 and still a senior in high school. Kobe was there because he (at the time) fancied a side hustle career as a rapper.

On Vanessa’s 18th birthday, she said yes to marrying the rising star of the basketball world, who was 21 years old at the time of their engagement.

Kobe and Vanessa Bryant married in 2001, when he was 22 and she was 18-years-old. Two years later, the pair welcomed their first child together, Natalia.

In July 2003, just a few months after Natalia was born, Kobe was accused of sexually assaulting a 19-year-old woman at a Colorado hotel. The basketballer admitted to being unfaithful to his wife but denied the alleged sexual assault. The criminal case was ultimately dismissed, when his accuser dropped the case.

At a press conference held at the Staples Centre in Los Angeles, Vanessa sat by Kobe as he professed his love to her.

“I sit here in front of you guys furious at myself, disgusted at myself for making the mistake of adultery,” he said. “I love my wife with all my heart. She’s my backbone."

After a decade of marriage, Vanessa filed for divorce from Kobe citing "irreconcilable differences" in 2011, amid rumours of cheating.

"We are pleased to announce that we have reconciled," Vanessa wrote on Instagram at the time. "Our divorce action will be dismissed. We are looking forward to our future together."

Kobe posted a message on his Facebook page the same day that read, "I am happy to say that Vanessa and I are moving on with our lives together as a family. When the show ends and the music stops, the journey is made beautiful by having that someone to share it with. Thank you all for your support and prayers."

But their life as a family of six was tragically cut short by the sudden helicopter crash in January 2020.