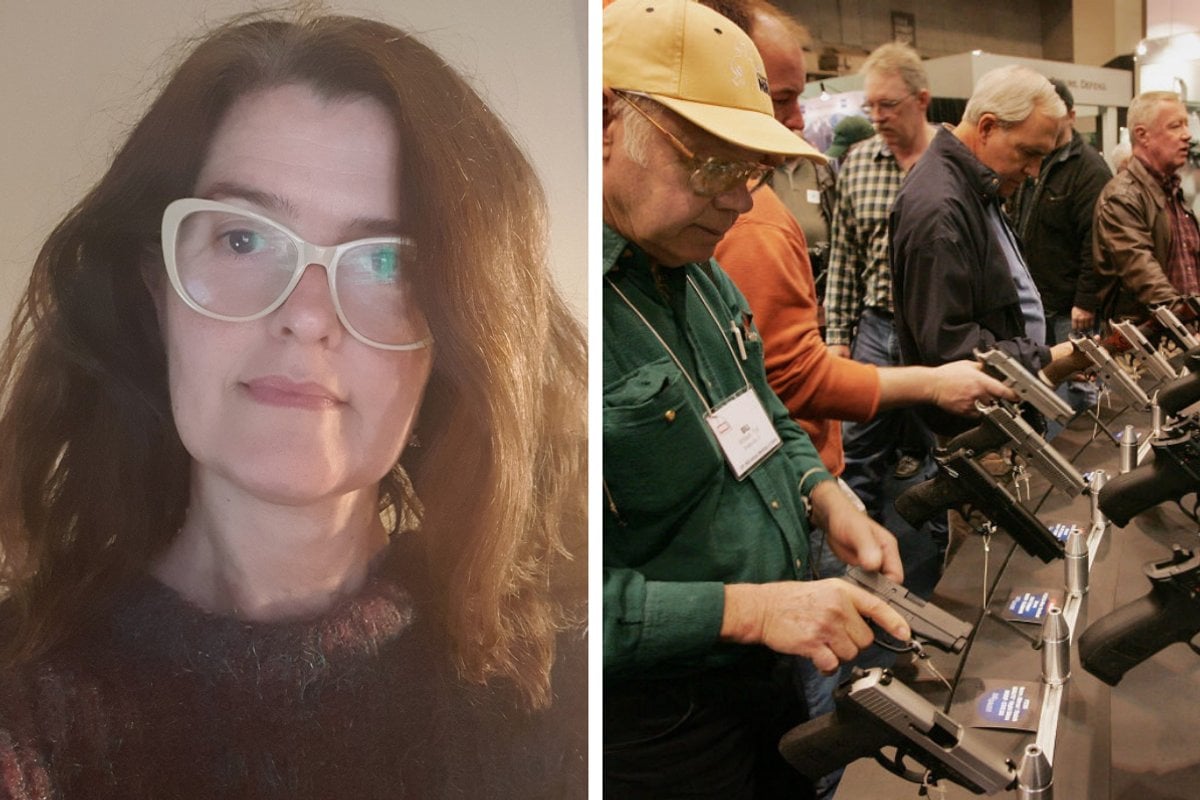 Twenty-two years ago, I lived in Houston, Texas. There, I witnessed how deeply ingrained gun culture is - how normalised, or even expected - it is to own a gun in America.

It's not something I’ll ever forget.

When it comes to guns in America, not much has changed since I lived there. In fact, data shows gun-related deaths and mass shootings have increased significantly over the past two decades.

In 2020, firearms became the leading cause of death for children in America. I know, so shocking and hard to believe you might just need to read that twice.

The tragic deaths of 19 children and two adults this week from a mass shooting at an elementary school in Ulvade, Texas, brings gun law reform back into the spotlight. Again. But the resistance to change still appears insurmountable. Even when innocent children are killed and will continue to be.

Many people suggest: limit access to guns to reduce mass shootings and gun-related deaths, like then-Prime Minister John Howard did after the Port Arthur massacre in 1996.

It worked here, but Australia doesn’t - and even in 1996, didn't - have the pervasive gun culture that America does. This means it is harder to get political consensus to implement reform.

Back in 2000, I volunteered at a grief counselling agency in Houston.

I’d been doing similar work in Melbourne; peer support and community education in grief and loss. What stood out to me doing this work in the US, in contrast to my work in Melbourne, was the prevalence of clients seeking support following gun-related deaths.

The clients I worked with in Melbourne were grieving because their loved ones had died of cancer, heart attack, suicide, car accident - but rarely because of a shooting.

In fact, in the two years I worked with the agency in Melbourne, I didn’t meet one bereaved as the result of a shooting. That’s not to say my colleagues didn’t, but death by shooting wasn’t a common cause here like it was in Houston.

The woman I co-facilitated the Houston peer support group with, had only recently returned to the role as she herself had been a victim of gun-related violence. One night, driving her car through Houston, she stopped at a traffic light.

A man opened her car door and held a gun to her head. He pulled her out of the car and drove off. It took her months to recover from the trauma of the incident.

The trauma of American children and school communities who have witnessed shootings in places that are meant to be safe is simply unimaginable.

I recall my first visit to my then-partner's workplace in Houston; his colleague asked where we lived.

When I told her, she was quick to point out the surrounding neighbourhoods that she “wouldn’t drive into unless I had a gun in the glove box”.

She was white. And the neighbourhoods she listed were predominantly Black and Hispanic.

Her attitude to gun ownership and the inherent racism in what she was saying was alarming. Can you imagine buying a gun and keeping it in the glove box of your car? Just in case.

No. Neither can I.

At a guess, I’d say sunscreen and baby wipes would be the most common items found in the glove box of most Australian cars.

One weekend in Houston, I noticed a gun expo being held. I was curious, and went along to find out who goes on.

The cavernous exhibition building was crammed with rows and rows of stalls displaying guns and gun-related accessories. The hundreds of people there were white, predominantly male.

A group of young Black American males came in and were closely followed by security guards. The clear and present perceived danger was and still is racism.

Walking the aisles felt surreal. I’d never seen so many guns in one place. Or so many people looking at guns with such interest.

Prior to attending the expo, seeing a gun on the hip of a police officer in Melbourne was my total experience with guns.

I noticed a small crowd that gathered around one of the stalls. The people listened to the gun seller’s spiel about a leather gun holster.

The holster was attached to his belt and sitting on his hip, he demonstrated the ease of access to the handgun and how quickly he could draw it and aim, replace it, and redraw. He demonstrated the movement over and over getting quicker each time.

Finishing his carefully rehearsed performance by pulling the gun out quickly, and saying “hey, hey, hey who wants to play in my sandbox today?,” then laughing. It was unnerving. His behaviour could be described, at best as immature, but unhinged feels more accurate.

In the minds of NRA members and adherents of the Second Amendment, guns do not represent a threat. They represent freedom.

Spend a moment on the NRA website and it won’t take long to understand what gun reform advocates are up against.

America needs a political miracle right now if children there are ever to go to school without the threat and fear of being shot.

After Australia’s recent election, we know political miracles are possible. It will take generations to free America from its deeply held connection to gun ownership; but the healing can’t start until the government takes action.

D
darcy m a month ago

Reply
Upvote
2 upvotes
Very accurate. I was living in Houston when Sandy Hook happened. The unbelievable response I heard over and over again from Texans was "this is why we need more guns". It's a bizarre place.

Reply
Upvote
3 upvotes
Always after a mass shooting in the US, after people start to advocate for stronger gun controls:

"HOW DARE YOU POLITICISE TRAGEDY!"

Say the gun lobbyists and their captive politicians, whose political activism allowed, even arguably, caused the tragedy.

Children have become twice as likely to die from guns in Texas in the 7 years that Texan governor Abbott has been in power. Yet, he'll likely be voted back in by gun culture adherents, who think he's doing a great job, in increasing Texan access to guns.

Opposite of a good job and, undoubtedly, a bizarre cultural malignancy.
L
laura__palmer a month ago

Reply
Upvote
1 upvotes
@gu3st "This isn't the time to talk about gun control" I've seen that said a lot by Americans on social media. Yes, it is. The good guys with guns did not stop the bad guy with a gun until 19 children and two teachers were dead. The teenager bought his high-powered, automatic guns legally when he turned 18. It's the perfect time to discuss it.
There is so much work to be done, but they need to start somewhere.
Good point, too. The NRA and their supporters both in and out of government literally politicised guns and the gun debate.
News
General
Opinion
True Crime
Politics
Sport
Explainer
Entertainment
Celebrity
Reality TV
Movies
TV
Books
Rogue
Royal
Lifestyle
Beauty
Fashion
Weddings
Home
Wellness
Health
Fitness
Travel
Food
Family
Before The Bump
Pregnancy
Baby
Kids
Teens
School
Parent Opinion
Work & Money
Money
Finance
Career
Lady Startup
Relationships
Sex
Dating
Separation
Friendship
Family
Real Life
Couples