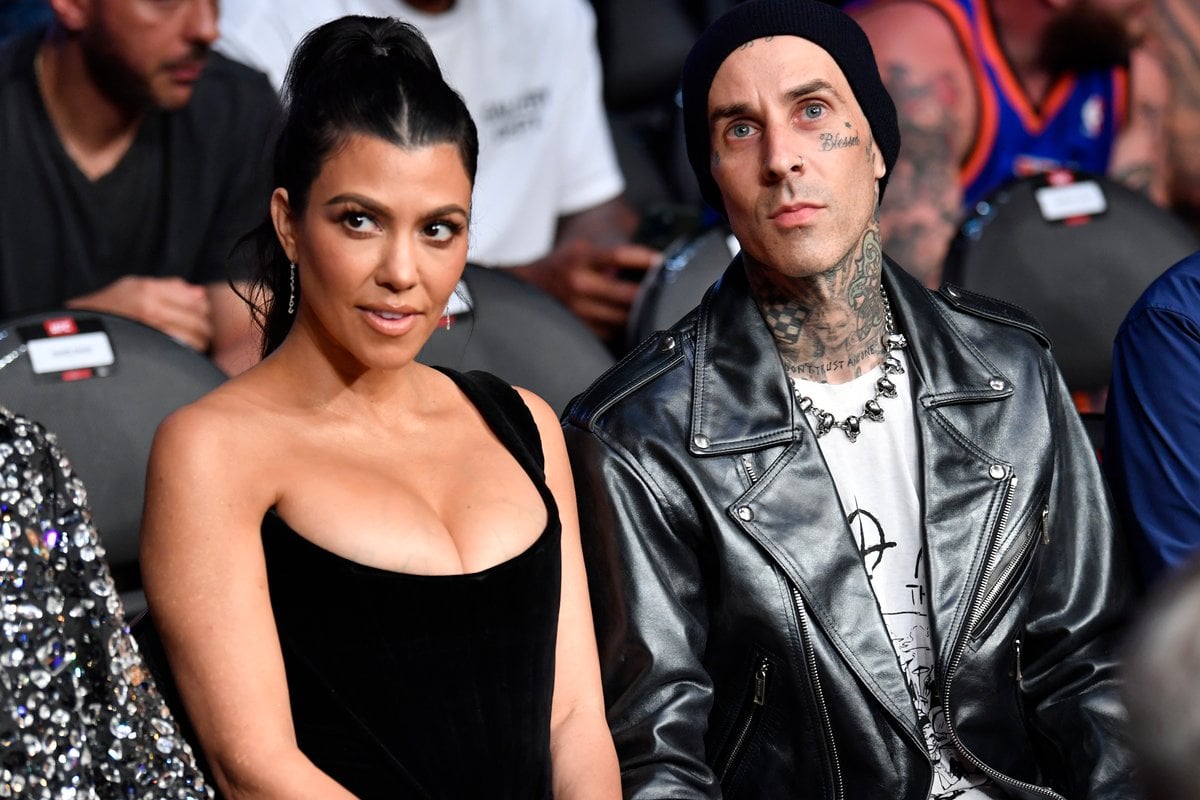 For 13 years, Travis Barker didn't step on a plane.

The Blink-182 drummer was involved in a deadly plane crash in 2008, which led to a long road to recovery, both physically and mentally, for the musician.

In August 2021, over a decade after the incident, Barker overcome his fear of flying, embarking on a flight with his now-wife, Kourtney Kardashian.

"With you, anything is possible," Barker wrote, sharing a photo with Kardashian in front of Kylie Jenner's private jet.

"Anything and everything with you," Kardashian commented.

The couple have since flown to Italy together, where they got married earlier this week.

Speaking to Men's Health in May 2021, Barker opened up about his experience with post-traumatic stress disorder following the crash, sharing that he was keen to face his fear of flying.

"I want to make the choice to try to overcome it.

"I could die riding my skateboard. I could get in a car accident. I could get shot. Anything could happen. I could have a brain aneurysm and die. So why should I still be afraid of airplanes?"

On September 19, 2008, Barker and his longtime collaborator, DJ AM (Adam Michael Goldstein), boarded a private plane after performing together at an event in Columbia, South Carolina.

According to Barker, the trip was a special occasion. 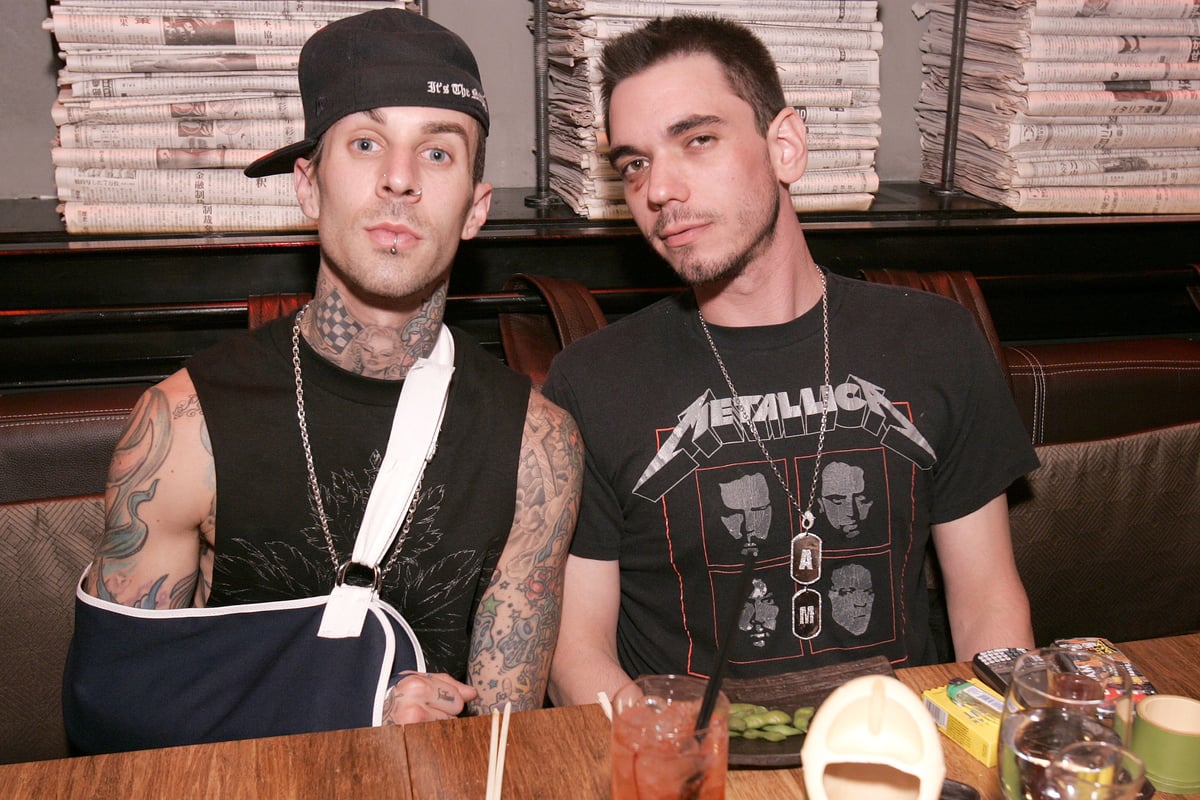 But just before midnight, as the plane was taking off, Barker and the other passengers heard a loud bang.

After the pilots aborted takeoff, the plane crashed into an embankment and burst into flames on a nearby highway.

Before the plane exploded, Barker and Goldstein jumped out of the plane's emergency exit door.

"When I jumped through the emergency exit when the plane blew up, I was in such a hurry to exit the plane I jumped right into the jet, which is full of fuel," Barker told Joe Rogan on his podcast, The Joe Rogan Experience.

"My whole body lit up. I had jet fuel in my whole body. I burped jet fuel for almost three months [later]," he continued.

"When I jumped into the jets, I started running... I was ripping off my clothes because that’s what my instinct told me to do... but little did I know I was still on fire because I was soaked in jet fuel."

Meanwhile, Barker suffered burns to 65 per cent of his body. Following the accident, he spent more than 11 weeks in hospital and underwent 16 surgeries.

"I kept thinking everyone was in the hospital, including the two pilots and including my best friends. I thought everyone was in different rooms until two weeks before I left. Then I went crazy... I wasn’t in a good place."

While recovering in hospital, the drummer tried to pay his friends to take his life.

"[They] had to take my phone out of my room because I was making these phone calls," Barker shared on Good Morning America.

"I would call friends of mine and go, 'You know, I’ll deposit a million dollars into whoever’s bank account. Like, I’m done.'"

Thankfully, Barker's two children, Landon and Alabama, helped him through the difficult period.

"Learning how to walk again and being able to take a shower by myself again... they were the good points that helped me turn a corner," he told Rogan. 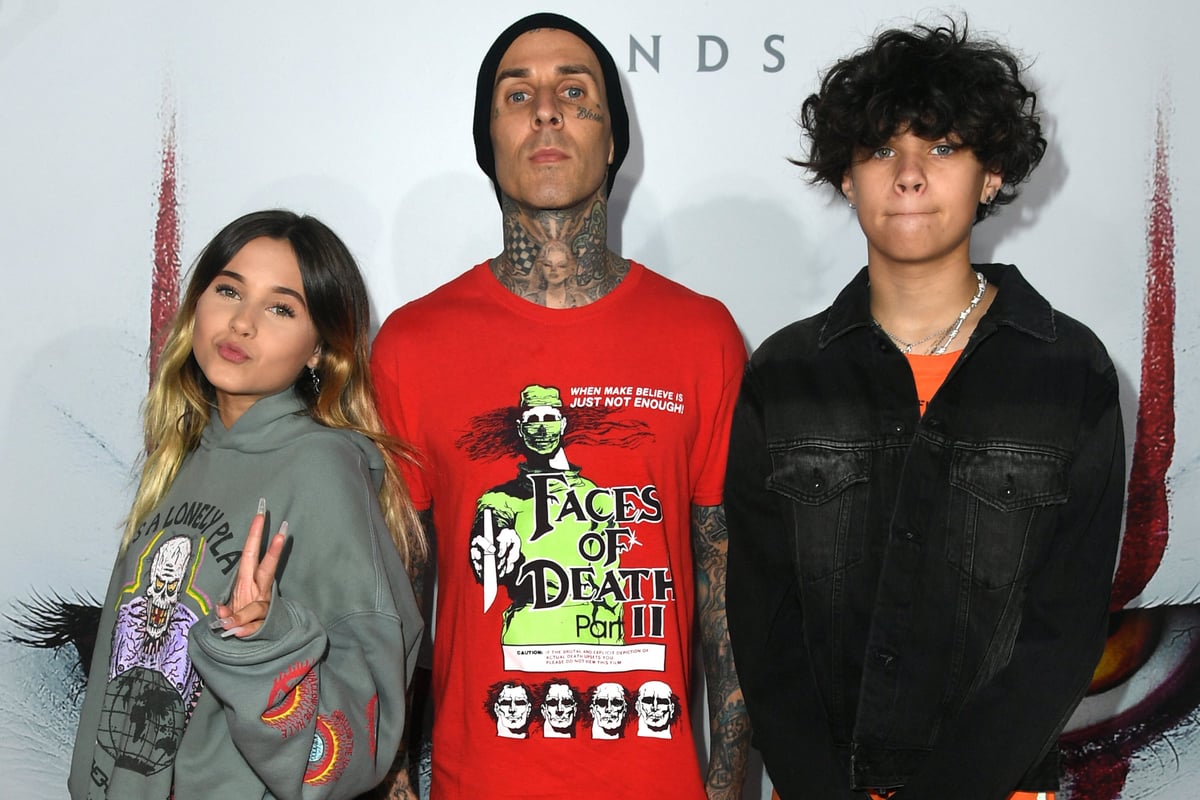 Alabama Luella Barker, Travis Barker and Landon Asher Barker in 2019. Image: Getty. In the years since the crash, Barker has only played Blink-182 shows when he could travel to the venue by car or boat.

In 2013, Barker shared that he would "knock himself out and get on a plane" to join the band at Australia's Soundwave Festival. However, he was later replaced on the tour by another drummer after changing his mind.

Speaking to Men's Health in May, Barker opened up further about his fear of flying.

"If I saw a plane [in the sky], I was determined it was going to crash, and I just didn't want to see it," he said.

"The closer I was to it, it felt like I was closer to the bad stuff than I am to the good stuff. I felt closer to the experience of trying to escape, [to] being in an accident and being burned, trying to grab my friends from a burning plane."

However, the now 45-year-old added that he wanted to "make the choice to try to overcome" flying.

"If I do it, and the angels above help me in my travels and keep me safe, I would like to come back and [tell my children], 'Hey, I just flew here, and then I flew home. And everything was fine.' I have to tell them, because I almost left them," he said.

Barker went public with his relationship with Kourtney Kardashian in February 2021. However, the pair were friends and even neighbours long before they began dating.

The former couple married in 2004, before Barker filed for divorce in 2006. They have two children together — Landon Asher Barker, 18, and Alabama Luella Barker, 16.

During their relationship, the family appeared in a reality TV series, Meet the Barkers, which aired on MTV.

On the other hand, Kardashian has three children with her ex-partner Scott Disick — Mason, 12, Penelope, nine, and Reign, seven.

The newly married couple are currently trying for a baby of their own.

Reply
Upvote
1 upvotes
I knew about the accident, but I didn't realise how badly injured he was. Good for him, that's a pretty traumatic event to move on from. And as obnoxious as I find the pda photos, he and Kourtney seem happy together, I hope it all works out for them.
G
gu3st a year ago