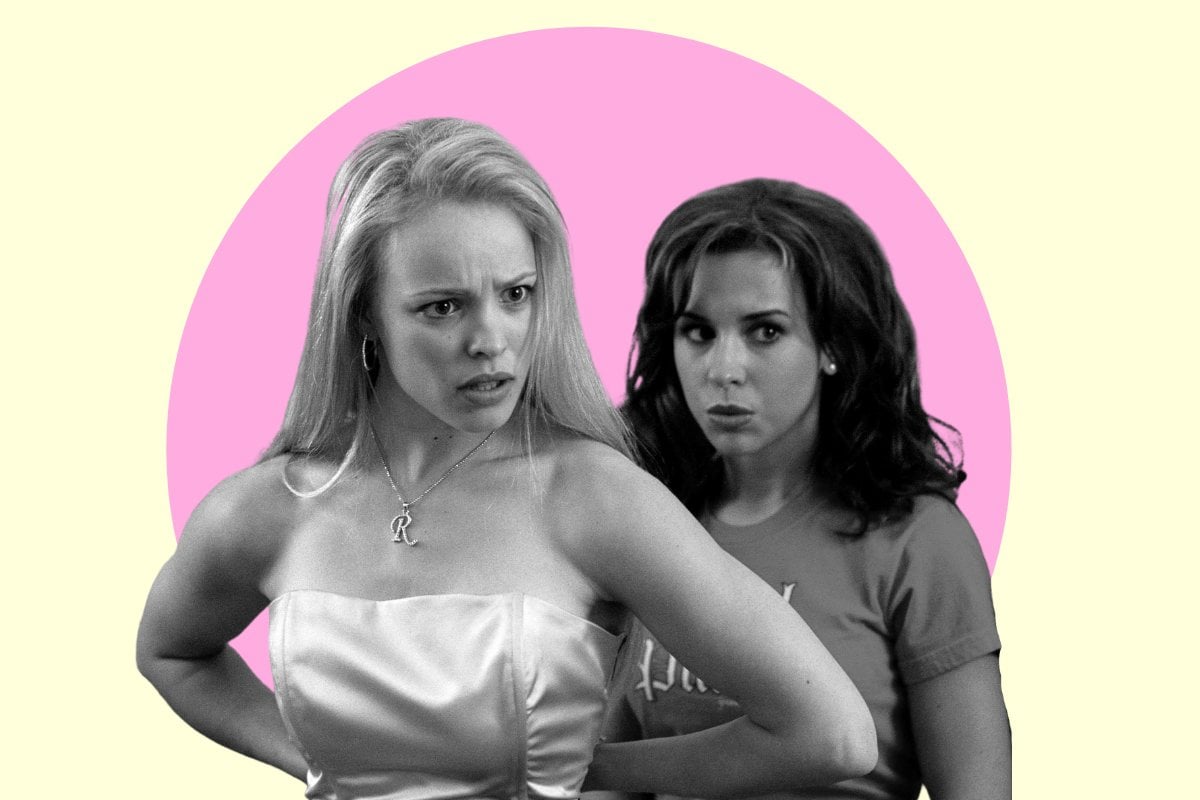 In-depth discussions about toxic relationship red flags occur on the daily here at Mamamia. Why? Because spotting them could literally save lives.

But why don't we apply the same logic to friendships? Being trapped in a toxic friendship can weigh heavily on your spirit and it can feel like you're having the happiness drained out of you, one conversation at a time. It can see people isolate themselves, deal with physical health problems resulting from it and much, much more.

Watch MM confessions, where people reveal the thing they wish they had never said. Post continues after video.

So, to kick-start the chat we think everyone should be having way more often, we asked 21 women from the Mamamia community about the exact moment they realised their friend was toxic.

From cancelling plans at the last minute to hysterically crying at your engagement party, here is every single answer in full - so you can take a mental note of these toxic friendship red flags.

Names have been changed for anonymity.

Toxic friendship red flags, the second they were spotted.

1. "When you feel guilty telling them any good news. Like you get a pay rise, and you're scared to share that news because you know they will just get jealous instead of celebrate it with you." - Chelsea

2. "When your friend takes out their anger at you, but overcompensates with being extra nice and accommodating afterwards. Hard to pick up on because they're being super nice and doing all this stuff for you so you think you have a great friend, but it's because they swing wildly the other way sometimes." - Melissa.

3. "When you find yourself having the same conversation every time you see someone, because they weren't listening the first time." - Annie

4. "My friendship ended because she invited me to go away for the weekend, but in a really flippant way. Then I forgot about it because it had only been mentioned in passing, and then the next weekend she called me to ask where I was because she was about to leave. I was like, was this a trap? She then ignored me for three days and said I was a bad friend. So much dumb DRAMA." - Emily.

5. "When they go from cancelling hangouts at the last minute to you having to message them to check hangouts are still happening and them saying 'Oh yeah, I don't have time for that'." - Kelly.

6. "When you feel really exhausted after hanging out with them because they just suck the energy out of you or you have to be really 'on' with them and not yourself." - Megan.

Listen to this episode of Mamamia Out Loud, where Holly, Jessie and Mia discuss the real reason your friend is blowing you off. Post continues after podcast.

7. "A red flag - which sounds obvious but isn't - is being stressed around them, or worried you're not a good enough friend. I always felt like I wasn't being a good enough friend because I was told I didn't call enough, wasn't considerate enough, etc, even though we spoke almost every day. After we stopped being friends, I realised she had these unreasonable expectations that I never consented to." - Sophie.

8. "When your friend constantly tells you they're jealous of your life and make you feel like you have to apologise for working hard to get where you want to be." - Bella.

9. "I had a best friend who would talk about other girls she had a falling out with, and there were SO many....in fact two of them were my partner's exes, so I'm the THIRD of his girlfriends who had big fights with her! I'm pretty non-confrontational so I was confused as to why we were having fights all the time, but she'd always be angry at me for one thing or another. Now she's not in my life I don't have fights with any of my friends." - Em.

10. "Beware of the person who becomes your best friend straight away. Where are their other friends?" - Claire.

11. "When she met my partner, she said: 'He's so little and cute, like a trendy hipstery little pocket rocket man.' For context, he's average height and taller than the both of us - and not at all 'hip'.
When I moved into an inner city apartment with a lovely view, she said: 'This is cute, I think I'll buy myself one too.' When I was made redundant during COVID: 'I'm angry at you for telling [another friend] before me, you didn't let ME console you.' Not once did she ask how I was doing.
When I told her I was starting a postgrad course, she said: 'Why didn't you consult me first?'
2019-2020 showed some true colours, and I finally realised that this was not a woman who was interested in fanning my flames - instead I was the firewood used for her own bonfire. We are no longer in contact as it went down in a complete s**t show when I pointed some of these things out to her." - Caroline.

12. "I have a friend who would (and still does) call me randomly and tell me she's on the way to pick me up after having not talked for months. When I do go, she asks how I am before launching into an hour story about whatever is going on in her life, and when I tell her I'm with my boyfriend or busy she tells me I'm boring and codependent." - Harriet.

13. "When it starts to feel like a competition. Every conversation is about one upping each other, whether it's to do with work or your lifestyle or your relationship. Weirdly, I've also had friends who put me in competition with a third party who I'm not that close with? Like 'Carla is doing really well at work. And her boyfriend is amazing. And she's also into yoga except she's really good at it'. Okay... I don't know Carla. But good for her?" - Francis.

14. "My friend called me once and cried and ranted saying I wasn't genuine or didn't care about her because I never call her on the phone - despite us texting often.. Now I know that's not how you feel when you're with true friends, you know they love you and that you're a good friend." - Ellie.

15. "I knew that I needed to end my friendship when I consistently used to get this sinking feeling every time I saw her name pop up on my phone. Particularly if it was a message with a LOT of question marks in it." - Margaret.

Quick! Have a listen to this episode of The Undone, where hosts Lucy and Emily discuss whether you can really be friends with your ex. Post continues after podcast.

16. "I would leave dinner with her and just feel s**t about myself. She would have spent the whole night questioning my life choices and offering no helpful solutions." - Amira.

17. "When they don't show an active interest in how you are or what you've been doing, and just expect you to tell them everything... I need you to care first." - Rachel.

18. "I have a friend who is in her 30s but thinks she's still 20 (good on her, of course!), but I swear that she only accepts dinner invites with me and my girlfriends so she can tell us how boring our married, baby-filled lives are." - Rhiannon.

19. "No matter what we're talking about - whether I'm trying to empathise with her or ask questions, she always responds 'Oh you wouldn't understand' which makes me feel terrible because why wouldn't I understand? It makes me feel like she thinks her life is so much better than mine." - Elodie.

20. "When you realise your friend actually has no idea what's going on in your life anymore and they never care to ask." - Simone.

21. "I had a very close friendship completely fall away the second I got engaged. There was hysterical crying at my engagement party and then pulling out of attending the wedding two weeks before because of 'work'." - Michelle.

em a month ago

Reply
Upvote
1 upvotes
I agree with a lot of these, but not necessarily the first.  I've been struggling with unexplained infertility, and I can tell already that my best friend is going to feel guilty when she inevitably tells me she's pregnant with no. 3 at some point this year (she falls pregnant super easily).  I love her children like my own, but have also shared my heartbreak with her.  I will definitely feel pangs of jealousy if she does indeed fall pregnant again, and she will most certainly know that. But that doesn't mean that she won't share, and that I won't be absolutely overjoyed for her.