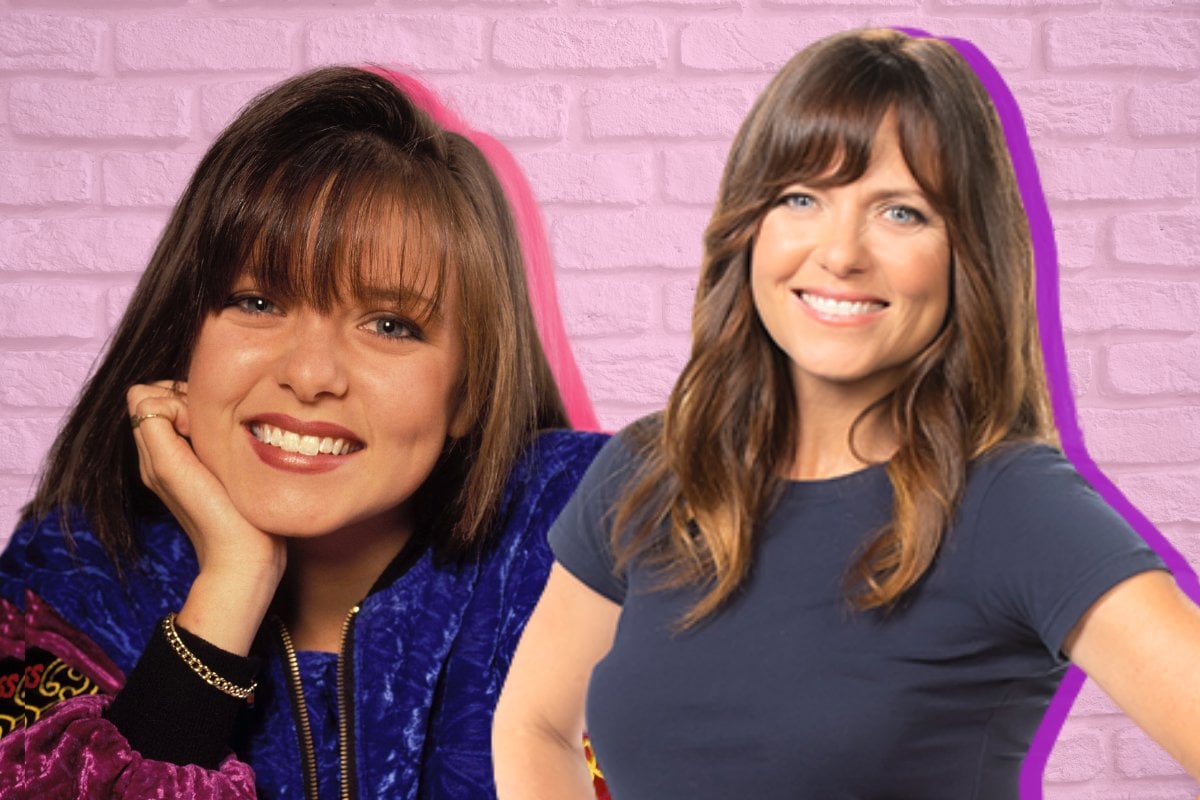 Toni Pearen was just 17 when she walked onto the set of Aussie 90s soap opera E Street.

For the up-and-coming actor, the role was Toni's big break and went on to help launch her career in the music and entertainment industry.

Now, three decades later, the actress, singer and presenter is back on our screens competing on the latest season of I’m a Celebrity…Get Me Out of Here!

And it didn't take long for her to win over Australia's hearts once again.

Watch: Toni Pearen talks about choosing motherhood over her career on I'm A Celebrity...Get Me Out Of Here! Post continues below.

These days, the 48-year-old's life looks very different to when we first met her.

Here's everything we know about Toni Pearen's life on and off the TV.

Her big break on E Street.

Toni was studying her HSC when she landed the role of Toni Windsor on E Street in 1989.

In the end, Toni agreed to stay in school and finish her HSC while filming the show.

"I had an on-set tutor, and I had lots of the cast members helping me and tutoring me."

Toni ended staying on the show for three years before she left to pursue her music career in 1991. 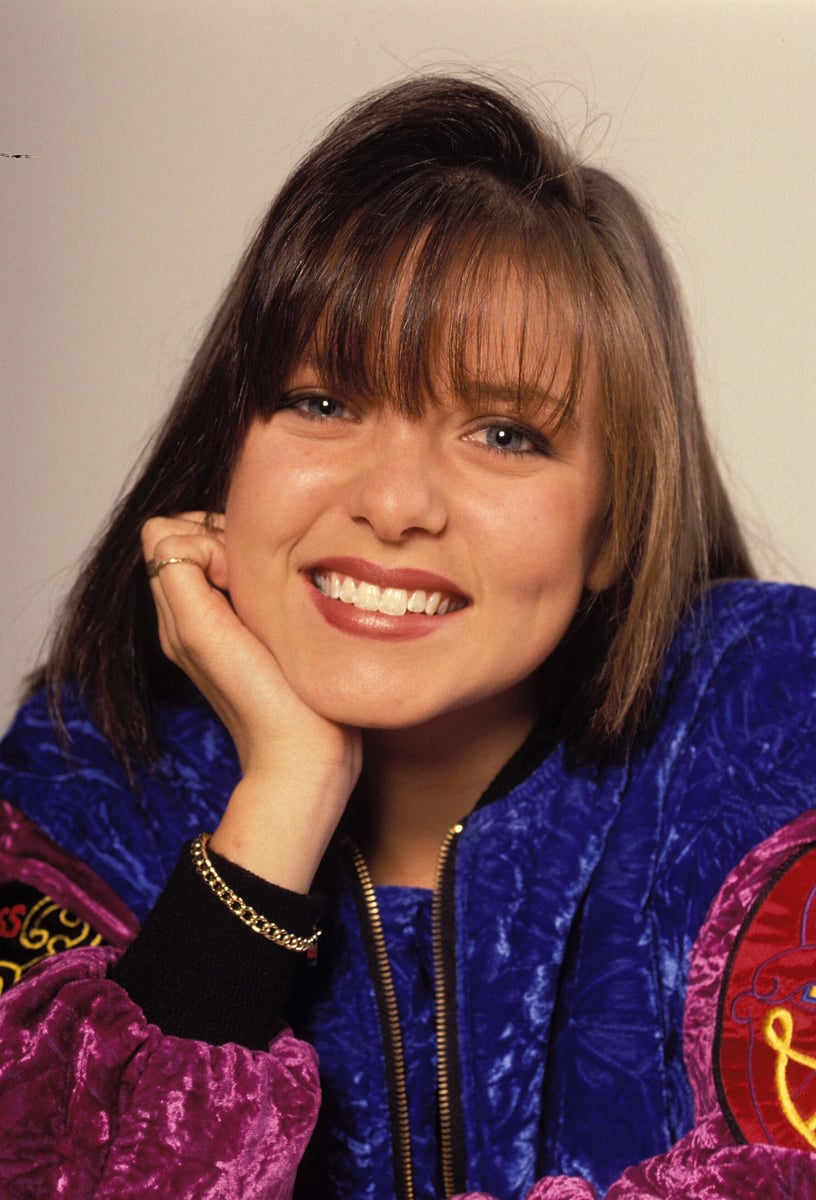 Two years later she returned to TV when she played Beth Armstrong on a different Aussie soap - Home and Away.

After a brief stint on the show, Toni did what a lot of young Aussie actors and singers eventually do, move to America.

"I'm glad I took the plunge," she told The Daily Edition about her move overseas.

"It was a great experience for me to understand the industry on a whole other level and to be competing with people that are just extraordinary."

But she didn't stay away for too long.

In 2003 she was back in households all over the country when she landed a role hosting Australia's Funniest Home Videos, which she held for four years. She also competed on Dancing With The Stars in 2008.

Aside from her successful acting career, Toni has also made a name for herself in the Aussie pop industry.

"Singing was always a big part of my life and before I was on E Street I had a band... so I always wanted to be a singer," she told The Daily Edition in 2016.

In fact, during her time on the show, Toni said she "always knew that I wanted to make music".

The singer went on to release a string of pop singles, including 'In Your Room' and 'I Want You', which both made the ARIA top 10 charts and received gold certification.

Putting her career on hold for her kids.

After a building an acting and music career, the 48-year-old decided to take a step back from the spotlight to spend more time with her family.

Toni shares 10-year-old Lucky and seven-year-old Ever with her husband Will Osmond, who's she's been married to since 2007.

"When I first had Lucky, we decided staying home is what I would do, and it was difficult for me to take a step back and hand over that control in many ways – financially and everything," she told Kidspot.

"Never in a million years before I had kids did I think I could step away from my career, but I’m really proud that I did it."

Toni also wanted to spend more time with her family after she lost her mother before giving birth to Lucky.

"When you’re in that situation of saying goodbye to a parent - especially your mum - your priorities change," she told the publication.

"I find it difficult every single day, but I also gather a lot of strength from it. She was an incredible mother who loved me unconditionally and gave me an incredibly upbringing."

These days, the actress and presenter lives a relatively quiet life away from the spotlight and runs a talent school, The Talent Co, with her business partner Raelee Hill.

Her appearance on I'm A Celebrity...Get Me Out Of Here!

Toni was one of the first celebrities to enter the I'm A Celeb jungle this season, where she's competing to earn money for the Gotcha 4 Life charity.

"This was the greatest and scariest gig of my life! So glad I did it. It was life changing," she wrote on Instagram when she announced she'll be appearing on the show.

During her time on the show, Toni has grown close with many of her fellow campmates, including Jack Vidgen and Abbie Chatfield, who she's known for a being a "mum" to.

She recently spoke to New Idea about the online trolling both Jack and Abbie have unfortunately experienced.

"You can't even imagine what it would do to them," she told the publication.

"Knowing who they are now and how sweet and sensitive and hard-working they are, I just don't think anyone has the right to judge anyone else."

Toni is also rumoured to be one of the final three contestants on the show.

According to Sportspert, Grant Denyer is favourite to win with odds of $1.70, followed by Jess and Toni. TAB, on the other hand, have tipped Toni second most likely to win, after Grant.

Here's hoping Toni takes home the victory and is crowned queen of the jungle.