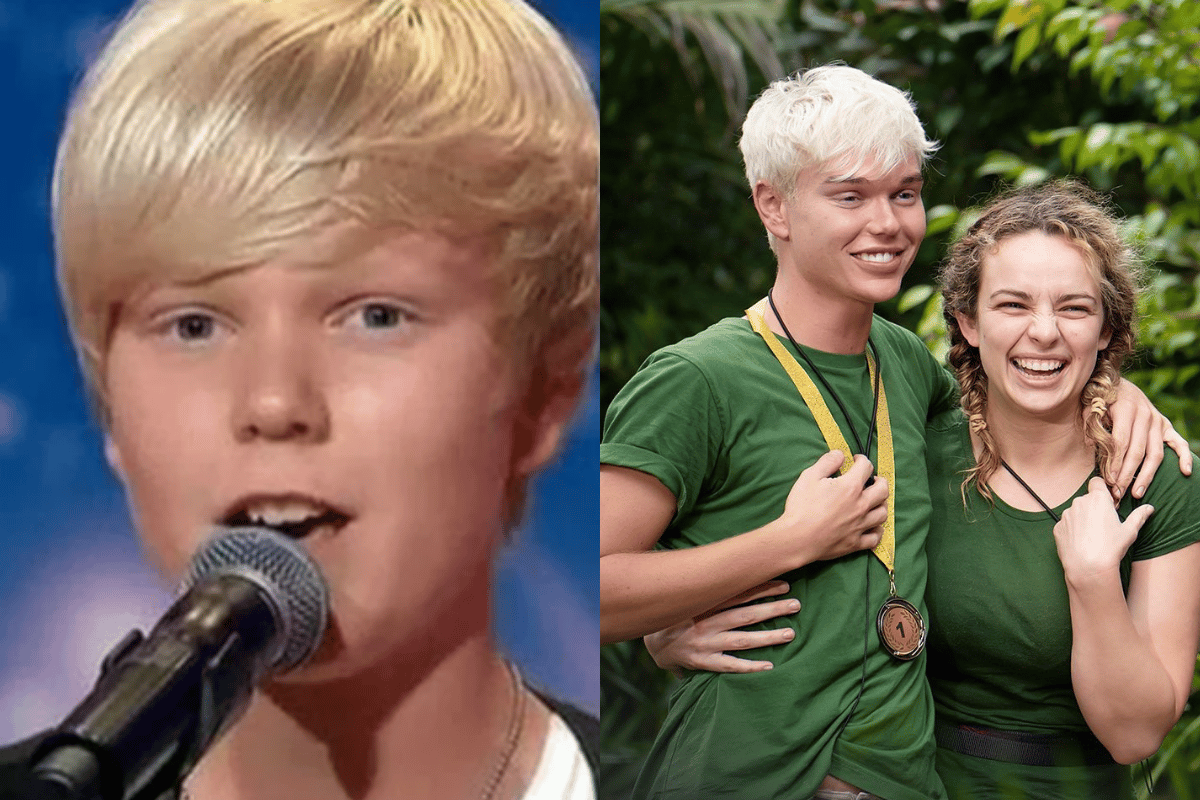 Jack Vidgen was just 14 when he walked onto the Australia’s Got Talent stage in 2011.

The young singer quickly won over the audience with his cover of Whitney Houston’s ‘I Have Nothing’.

It was a performance that stood out well beyond the others, and the reality television show’s judges Dannii Minogue, Kyle Sandilands and Brian McFadden dubbed the performance “mind blowing”.

Jack ended up winning Australia’s Got Talent, walking away with $250,000 and a record deal with Sony Music. His fame quickly transformed from a stint on a singing competition to full-time fame. Within two years, the high schooler had released two albums, Yes I Am (2011) and Inspire (2012).

Nine years later, Jack returned to the franchise when he appeared on The Champions edition of the American show, competing against other winners and finalists from Got Talent editions around the world.

Jack Vidgen on America’s Got Talent: The Champions. Post continues below video.

Video via America's Got Talent.

His performance of Lauren Daigle’s 'You Say', earned him a standing ovation from judge Heidi Klum, and praise of other judges Howie Mandal and Alesha Dixon.

The toughest critic – Simon Cowell, of course – told Jack he had an incredible voice “but that was way too safe”.

“I think you are way, way better than that, so I’m hoping the super-fans vote you through to the next round because there’s way more to come from you. Way more.”

Unfortunately Cowell’s words may have come back to bite him, as Jack didn’t receive the fan vote, leaving the judging panel to pick between him and two other acts to advance. Only Cowell chose the Aussie, which saw him eliminated him from the show.

Now, Jack is back on our screens on the latest season of I'm A Celebrity...Get Me Out Of Here!

As we watch the now 23-year-old compete to win money for his chosen charity, we decided to take a look back at Jack's life in the spotlight.

How Jack's life changed after his Australia’s Got Talent win.

In 2013, two years after Jack's television debut, the then 16-year-old boy left his family and friends behind in Manly to pursue a music career in Los Angeles, California.

In an interview with news.com.au the musician explained how he pushed away his family and friends in order to chase his dream.

“I went over to Los Angeles and I went by myself,” he told the publication.

But during his time in LA, he fell out of love with music. He completely stopped singing.

“I missed that joy that music’s meant to bring you, I just wasn’t enjoying it anymore,” he said.

Jack soon realised it was time to step out of the spotlight and return home and live a normal teenage life.

Speaking to the Daily Telegraph he said that after a year alone in Los Angeles, he was no longer in a “healthy place”.

“I needed to come back to the beaches to friends and family,” he told the publication.

He began working in an aged care home, a part-time job that the musician said helped heal him.

“That connection with people has been so therapeutic,” he said.

Unfortunately, Jack's relationship with his mum also changed after winning Australia's Got Talent.

"Our relationship has been hard over the years. When I won the show, our dynamic completely switched and I was the breadwinner," he told his fellow campmate Jess Eva on I'm A Celeb.

Jack went on to say that he felt like he was "parenting himself" at the time.

"There was nothing she could do, but I almost felt like I was parenting myself. I have so much resentment now that I can't control. I think in here I'm just reflecting on how I wish I'd treated her better," he said.

The emotional conversation started when Jack told Jess "I miss my mum," who he describes as "the most caring, loving, generous mum ever".

"She's always worked three or four jobs just to keep a roof over our head."

When Jack returned home to Australia in 2014, he had a health scare and had to have a tumour removed from behind his eye.

"I had to have an MRI on Monday after being referred by a specialist the Wednesday before, it showed there was a mass lesion (tumour) behind my eye," he wrote on his Facebook page at the time.

“I saw an ocular plastic surgeon who said it had to come out urgently,” he added.

“If it is not [completely removed] then the possibility of what’s left inside turning nasty is high.”

The musician has since made a full recovery.

"Accepting who I am."

During the past six years back in Australia, one element of Jack's journey included coming out as gay to his family and friends.

“I came out a couple of years ago. I got to that point where I was happy and accepting who I am and wanted to be able to share that,” the musician told Kyle and Jackie O.

Just off to dinner #mardigras2019

The musician has also talked openly about using lip fillers and how it’s been a key part of establishing his identity.

“That’s the thing with me over the years I’ve been looking for my identity,” he told Who Magazine.

“I’ve been trying to find myself again and I’ve definitely experimented with filler… there’s no denying that.”

“To me, lip filler is like makeup, it’s like doing your hair… it’s not permanent,” he added.

He elaborated on his exploration with cosmetic surgery in an interview with news.com.au.

“Obviously I’ve had my lips done, but to me, I can’t believe that is what people are talking about. I mean it’s obvious. Then there are these articles saying I’m denying it, I’m like, I’m not denying it. I couldn’t care less.”

Jack Vidgen's stint on The Voice.

According to the Daily Telegraph, Jack trained with Margi Coen, the same vocal coach who mentored the young man through his 2011 reality television stardom.

“I’ve got the love back for performing. I’ve got to a place personally that is right,” he told the publication.

“I have self love and self worth… I have my life together personally.”

Jack also competed for a chance to represent Australia in 2020’s Eurovision Song Contest on SBS’s Eurovision: Australia Decides 2019. Unfortunately, his song 'I Am King I Am Queen' placed 8th.

Here's hoping Jack is crowned king of the jungle on I'm A Celeb this year.

Child moves to LA by himself to pursue fame. Things end up badly. Is anyone honestly surprised?

What on earth was his family thinking?