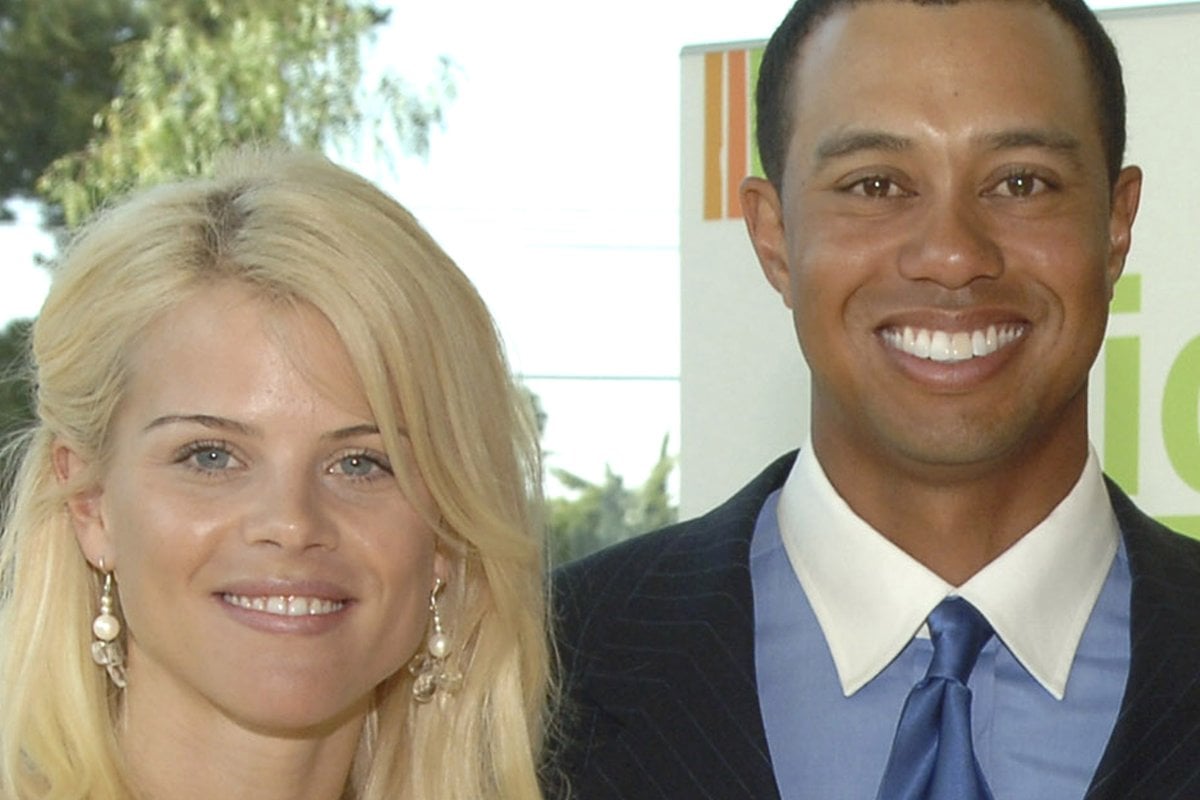 The Tiger Woods cheating scandal of 2009 was one of epic proportions.

While married to Swedish model Elin Nordegren, with whom he has two children – Charlie, 10 and Sam, 11 – the golf ace slept with 120 women.

It was a story that captured the world, and left the great sportsman disgraced in the eyes of the public.

Speculation surrounding the breakdown of Woods’ marriage to Nordegren began shortly after Woods, being chased by Nordegren, smashed his car into a fire hydrant. It ended with Nordegren smashing the rear window of the car with a golf club.

As it transpired, the car accident occurred after Nordegren, then 29, had texted the woman Woods was rumoured to be seeing pretending to be him, confirming her husband, the world’s most famous golfer and the man known for being a supremely well-behaved sports star, had been cheating on her behind her back. It was information that would quickly find its way to the press.

Months of headlines followed, with shocking information about Woods’ serial cheating coming to light. It started with rumours he had cheated on Nordegren with New York nightclub boss Rachel Uchitel, but soon it emerged the father-of-two had slept with a number of women, and had spent tens of thousands of dollars on escorts.

Tiger Woods was subsequently forced to apologise for his infidelity, and checked himself into rehab for sex addiction.

In a message on his website, he wrote: “I am deeply aware of the disappointment and hurt my infidelity has caused – most of all to my wife and children.”

Last month, a decade since their split, Nordegren stood beside Woods' girlfriend Erica Herman at the PNC Championship to watch the golfing great play with their 11 year old son Charlie.

It was the first time since 2009 Nordegren had been photographed at a golfing tournament.

This is what her life has looked like since their split.

In 2010, Elin Nordegren walked away from her five-year marriage to Tiger Woods with more than $100 million in the divorce settlement.

According to sources who spoke to People magazine, she was left "totally devastated".

For years, she stayed silent on the topic, until a 2014 interview with People in which she shared her side of the story, admitting coming to terms with her husband's self-diagnosed sex addiction and the deep pain it caused her required "intensive therapy".

"In the beginning, you tamp down the animosity for the kids' sake," Nordegren told the magazine.

"I'm not going to deny that I went through the wringer. But I don't think I doubted we'd end up here. That was always my dream, that the kids can have two loving parents that show respect for each other. And I feel that's what they have," she said of her co-parenting relationship with Woods.

However, the road to an amicable relationship was not without its bumps.

When Woods started dating Olympic skier Lindsey Vonn in 2013, Nordegren was reportedly "furious" that he had moved on.

"[Elin] hates Lindsey Vonn and everything about this romance," a source told Us Weekly. According to the magazine, things were so strained between Vonn and Nordegren, she tried to have Woods' visitation rights revoked.

In 2015, Woods' brief relationship with Vonn ended after he allegedly cheated on her as well.

But even after she left her ex-husband, Nordegren's opinion of Vonn remained negative.

In 2016, Page Six reported that event organisers were asked to seat Vonn and Nordegren apart at a party during the Kentucky Derby. "The staff was being told over a walkie-talkie that Lindsey was on her way over and must be put in a different area from Elin," a source told the tabloid.

Woods is now dating Erica Herman, who he is believed to have met during his marriage to Nordegren.

Nordegren used her divorce settlement to build a mansion in North Palm Beach, Florida, according to People. The beach-side home, which has nine bedrooms, a home theatre, mini-golf course, and pool, was reportedly put on the market last month for a staggering $66 million, reports The Sun.

The 41-year-old has been in a relationship with former Cleveland Browns and Miami Dolphins player Jordan Cameron for the last few years.

Nordegren keeps a low profile, and is currently raising her one-year-old son with her partner Cameron in Florida.

As for her current relationship with Tiger Woods, the two are apparently "close friends".

Woods told The Late Show host Stephen Colbert in 2016: "It becomes two simple things, okay? We have Sam and we have Charlie. And we love them so much that we are going to whatever it takes to make that work. That's how it happened," Woods, 45, said.

And it seems Elin Nordegren feels the same.

"I have moved on and I am in a good place, " she told People in 2014. "My relationship with Tiger is centred around our children and we are doing really good - we really are - and I am so happy that this is the case, he is a great father."

So, she’s selling her house and may be dating a guy? Well, that was an informative and fascinating story! I’m getting a bit tired of these stories of people associated with other famous people. This, Julian Assange’s (possible) children, Israel Folau’s wife. Most of the time they have nothing to do with the actual story, but I guess it’s a quick way to meet the story quota for the day, right?

K
kelly a year ago