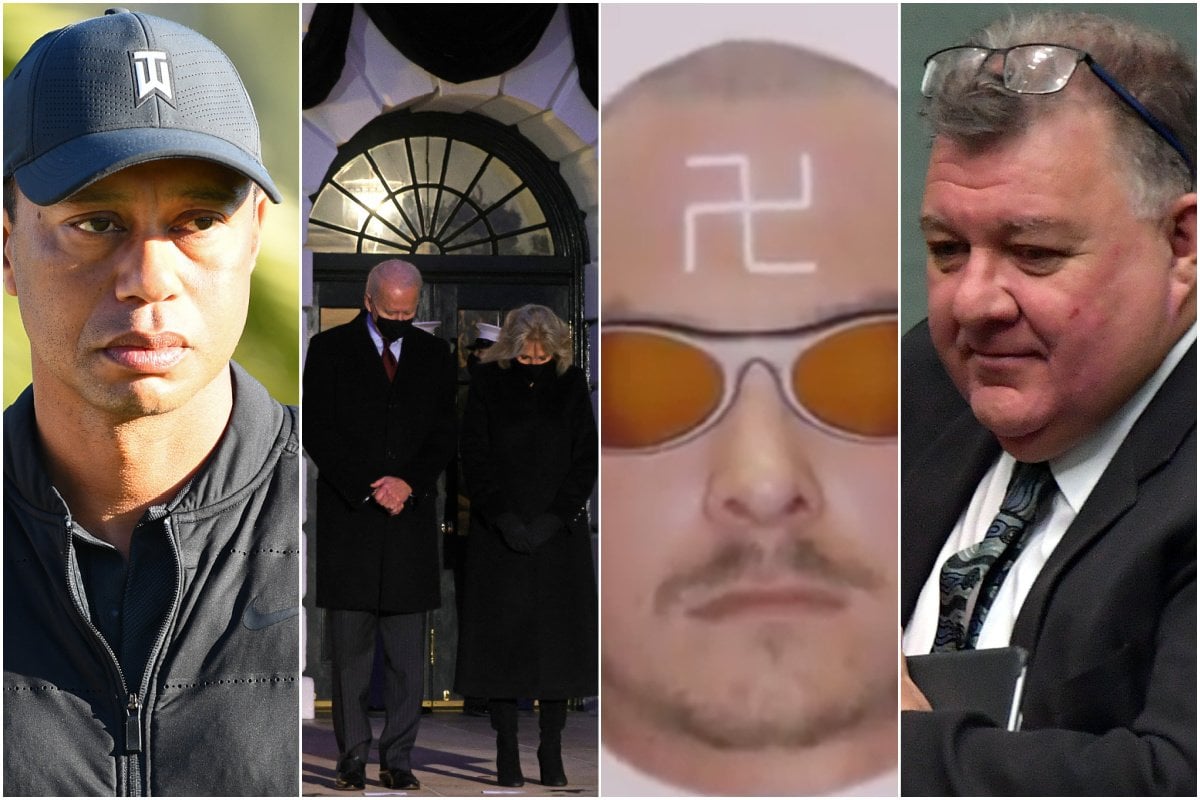 It is believed the 88-year-old man and 94-year-old woman received four times the intended dose.

The man is in hospital and neither of the elderly people have had adverse effects yet. It’s understood the doctor contracted by the Federal Government used the entire vial of the Pfizer vaccine. @9NewsAUS https://t.co/xCxCjtOu2M

Neither have reported adverse side effects, though the man is in hospital. Both are residents of the Holy Spirit Nursing Home in Carseldine in Brisbane.

"The safeguards that were put in place immediately kicked into action and a nurse on the scene identified the fact that a higher than prescribed amount of the dose was given to two patients," he explained.

Hunt said both patients are being monitored and neither has shown any signs of an adverse reaction to the doses.

The doctor involved has been temporarily stood down from administering vaccines.

Defence Minister Linda Reynolds has been admitted to hospital and will take medical leave, according to a statement.

"This follows advice from her cardiologist relating to a pre-existing medical condition," the statement said.

#BREAKING: Defence Minister Linda Reynolds has been admitted to hospital and is taking medical leave. She was due to give a speech at the Press Club today #auspol pic.twitter.com/L5ZNHRrktI

Reynolds has been under fire recently after former Liberal staff Brittany Higgins alleged she was raped by a colleague in the Defence Minister's office in March 2019.

Reynolds had apologised for summoning Higgins to a formal employment meeting about the incident in the same room that the alleged rape occurred.

Speaking in the Senate last week, Senator Reynolds said, "At the time of my initial meeting with the staff member, I was not aware of the details or the circumstance of the alleged incident in my office. Had I known, I would have conducted the meeting elsewhere."

On February 18, Reynolds broke down in tears while being questioned in the Senate.

She was scheduled to address the National Press Club on Wednesday.

Tiger Woods has been taken to hospital after his car crashed and rolled over in Los Angeles, police say.

Fire crews had to use the 'jaws of life' to get Woods from the vehicle after it rolled and suffered major damage.

The extent of the 15-time major winner's injuries has not been disclosed but TMZ reports he has multiple leg injuries and is currently in surgery.

The Los Angeles County Sheriff's Department said officers responded to a single vehicle roll-over near the Rolling Hills Estates shortly after 7am on Tuesday morning.

"The driver and sole occupant was identified as PGA golfer Eldrick 'Tiger' Woods.

"Mr Woods was extricated from the wreck with the "jaws of life" by Los Angeles County firefighters and paramedics, then transported to a local hospital by ambulance for his injuries.

"The traffic investigation is being conducted by investigators from LASD Lomita Station."

The unemployed and their advocates in Australia are outraged at the federal government's modest boost to the JobSeeker unemployment payment, describing it as a "heartless betrayal".

Unemployed workers will receive a permanent $50 a fortnight increase to the JobSeeker payment once the coronavirus supplement is scrapped at the end of March.

That represents an extra $3.57 a day and will come with much stricter requirements.

"What we've got today represents a heartless betrayal of the millions of people who have been hit by unemployment."

A single person on JobSeeker will receive a little over $300 a week to live on. A politician receives more than $280 per day in travel allowance when they are in Canberra on top of their salary. @leighsales asks Senator @Anne_Ruston why that is fair. #abc730 pic.twitter.com/YbE8mZDwkG

ACOSS and other welfare and activist groups had been fighting for a permanent boost to the payment, which was temporarily doubled during the COVID-19 pandemic.

It wanted an increase of at least $25 per day, from the old rate of $40 a day. Other groups like GetUp! were fighting for a minimum payment of $80 per day.

The modest increase to the base rate will be paired with tighter eligibility rules and harsher mutual obligations.

Employers will be able to dob in people on unemployment benefits who are offered a job and do not accept. Individuals may have their welfare payments docked if they cannot produce a valid reason.

Anglicare Australia executive director Kasy Chambers said it was really a cut, given the coronavirus supplement would be eliminated.

The prolific social media poster will become an independent after acknowledging his prolific promotion of two unapproved drugs was a drag on the government.

"My conduct has not helped the boat go faster," he told coalition colleagues after resigning.

"I don't want to be that sea anchor holding us back."

The shock announcement came just weeks after Mr Kelly assured Scott Morrison he would support the vaccine rollout and limit his medical commentary.

A Department of Finance investigation is underway into workplace health and safety concerns for staff in the office of now-crossbench Kelly, as New South Wales Police continue to look into claims of inappropriate behaviour by one of his senior staffers.

The Australian government has welcomed news of the first deal struck between a media company and Facebook after the government agreed to further amend its mandatory media bargaining code.

The social media giant pledged to reinstate Australian news on its platform, as Treasurer Josh Frydenberg confirmed the last-minute legislative changes on Tuesday.

Just hours later, Seven West Media announced it had signed a letter of intent with Facebook to set up a new partnership and provide news content to the social media giant.

Mr Frydenberg said in a Tweet the deal was a "positive development".

Facebook is expected to follow in Google's footsteps and strike more deals worth millions of dollars in the coming days, as its engineers work to restore news content on the platform.

"We've made it very clear they need to do commercial deals with Australian media businesses," Mr Frydenberg said as he announced the amendments.

Under the changes, digital platforms will be given one month's notice before they are formally designated under the code.

The bargaining code is expected to pass the Senate this week with support from Labor and the Greens.

West Australian police are hunting for a man who had a swastika painted on his head when he allegedly attacked a woman with a flamethrower.

Police say the 40-year-old woman and her teenage daughter were approached by the man in the southeast Perth suburb of Gosnells on Saturday night.

They say he yelled racial obscenities at the woman before attempting to burn her with a makeshift flamethrower made using a can of deodorant and a lighter.

We're investigating an assault in Gosnells on Saturday 20 February 2021 are seeking the public’s assistance for information.

WA Police want to speak with the man, who is described as fair-skinned, about 40 years old and 175cm tall. He had a white swastika painted on his forehead at the time of the attack.

"We are treating this cowardly and random attack on a woman and her child, doing nothing more than walking to the shops in the early evening, very seriously," Detective Senior Sergeant Sean Bell said on Tuesday.

Anyone with information is asked to contact Crime Stoppers.

A man accused of running a sex slave ring that saw victims drugged and branded like cattle has been hit with 13 new charges.

Matthew James Markcrow, 35, faced a Brisbane court earlier this month accused of keeping women for sexual servitude, and tattooing ownership claims on their bodies. He was initially charged with 10 offences.

On Tuesday, police said an additional 13 charges had been laid, including six counts of conducting business involving servitude, one count of grievous bodily harm, and four counts of supplying dangerous drugs.

Markcrow remains in custody and is expected to reappear in Brisbane Magistrates Court on Wednesday.

Police allege women aged between 17 and 24 were kept in conditions of servitude of unlawful prostitution, given stupefying drugs, and subjected to controlled living, financial and work conditions as well as being tattooed.

A total of nine alleged victims have so far contacted police. It's alleged social media was used to recruit them.

Victoria is on track to ease COVID restrictions as early as Friday. The state is looking to return to original COVID-safe summer settings, with mask and visitor rules easing.

Premier Daniel Andrews confirmed there were no new local or overseas acquired cases recorded on Tuesday.

SA's transition committee is due to meet on Wednesday to consider the existing travel ban on people coming from Greater Melbourne.

Under existing arrangements, people coming from Melbourne are not permitted to enter SA.

Philip to stay in hospital for several more days.

Prince Philip is getting a lot better, his youngest son says after Buckingham Palace announced the 99-year-old husband of Queen Elizabeth will remain in hospital for several more days to receive treatment for an infection.

Philip, the Duke of Edinburgh, walked into London's private King Edward VII Hospital last Tuesday evening after he was advised by his doctor to be admitted after he felt unwell and has spent seven nights there.

Duke of Edinburgh is “responding to treatment” for an infection, but is not expected to leave hospital for several days, Buckingham Palace sayshttps://t.co/kye7vp6qYp

"He is comfortable and responding to treatment but is not expected to leave hospital for several days," Buckingham Palace said, adding he was receiving medical attention for an unspecified infection.

"As far as I'm aware, he's a lot better... so he's looking forward to getting out which is the most positive thing," Edward, the youngest of his four children, told Sky News.

Edward said with a laugh that his father was "just a bit" frustrated at being in hospital.

"You can only watch the clock so many times and the walls are only so interesting," he added.

President Joe Biden has led Americans in observing a moment of silence to commemorate the grim milestone of 500,000 US deaths from COVID-19, urging Americans to set aside partisan differences and fight the pandemic together.

"Today we mark a truly grim, heartbreaking milestone - 500,071 dead. That's more Americans who have died in one year in this pandemic than in World War One, World War Two and the Vietnam War combined," he said.

Today, our nation passed another grim milestone in this pandemic: 500,000 lives lost. Join us as we honor their memory. https://t.co/AzUzXoVUgb

"As a nation, we can't accept such a cruel fate. While we've been fighting this pandemic for so long, we have to resist becoming numb to sorrow," Biden said in an emotional address.

Biden also ordered that all flags on federal properties and military facilities be lowered to half-staff for the next five days. 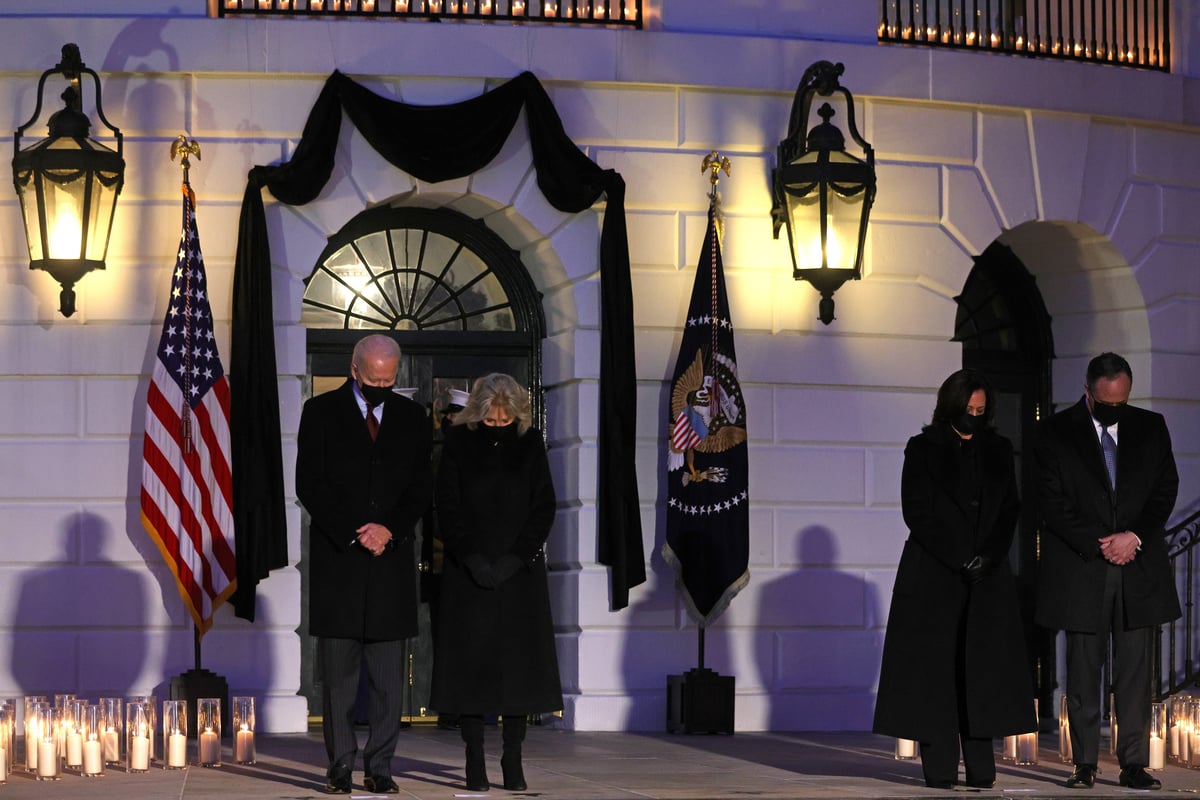 "We must end the politics of misinformation that have divided families, communities and the country. It's cost too many lives already," he said.

"We have to fight this together as one people, as the United States of America."

- British Prime Minister Boris Johnson is optimistic that all COVID-19 restrictions in England will end on June 21.

- A relative of the Queen has been jailed for 10 months for sexually assaulting a woman at his ancestral home. The Earl of Strathmore is the son of a cousin of Queen Elizabeth, and plead guilty to the attack in February last year.

Reply
Upvote
Leave the vaccinating for the nurses!