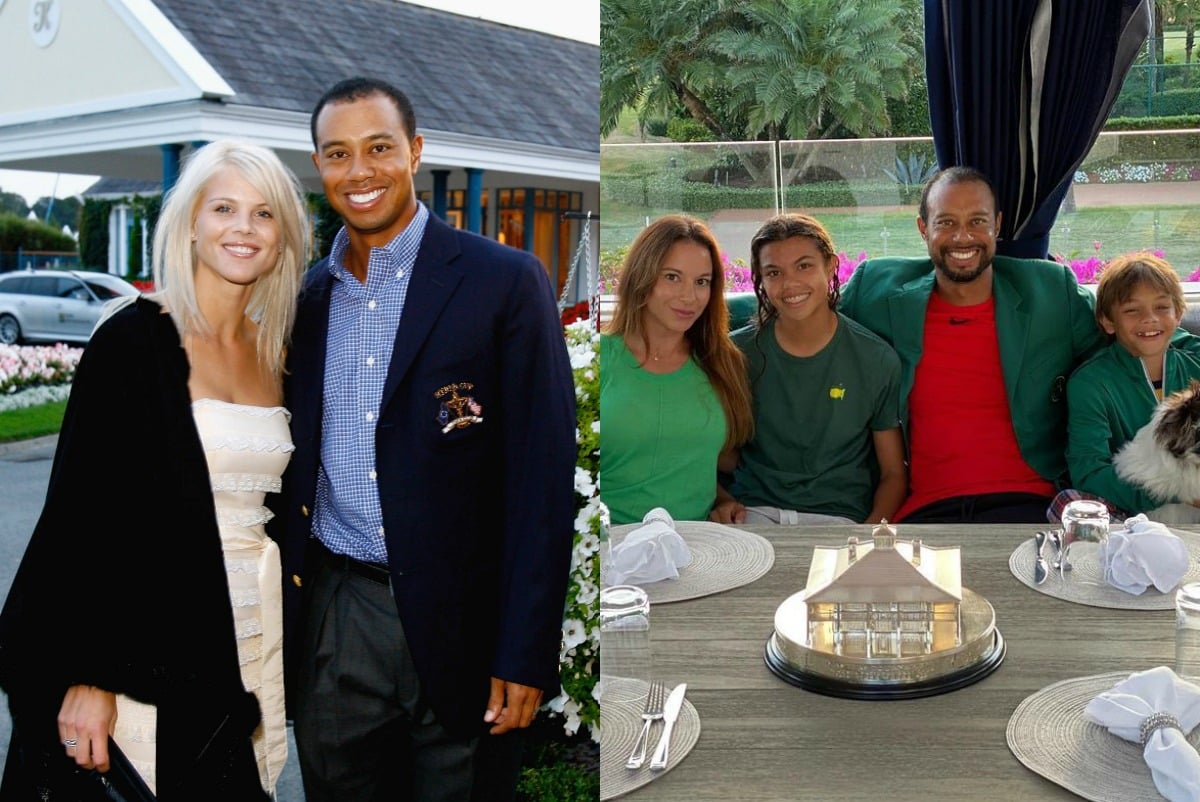 It's been 11 years since Tiger Woods' cheating scandal was sprawled across newspapers all over the world.

The prolific golfer was left publicly disgraced after it was reported that he had slept with 120 women, while married to Swedish model Elin Nordegren.

Speculation into the couple's marriage first started after Woods smashed his car into a fire hydrant in November 2009 while being chased by Nordegren.  Before the accident, Nordegren found out her husband and the father to her two children had been cheating on her after she texted the woman Woods was rumoured to be seeing, pretending to be him.

Rumours later started going around that Woods had cheated on his wife with New York nightclub boss Rachel Uchitel. But it soon emerged that he had slept with a number of women during his five-year marriage to Nordegren, who filed for divorce in 2010.

Now, over a decade on, Nordegren was seen back on the golf course watching Woods and their 11-year-old son, Charlie, play in the PNC Championship earlier this week.

In a full family affair, Nordegren was also joined by her 13-year-old daughter Sam and Woods' current girlfriend Erica Herman.

The three women were pictured standing together as they showed their support for Charlie and Woods.

It’s reportedly the first time Nordegren has been seen at one of Woods' tournaments since the 2009 Presidents Cup. 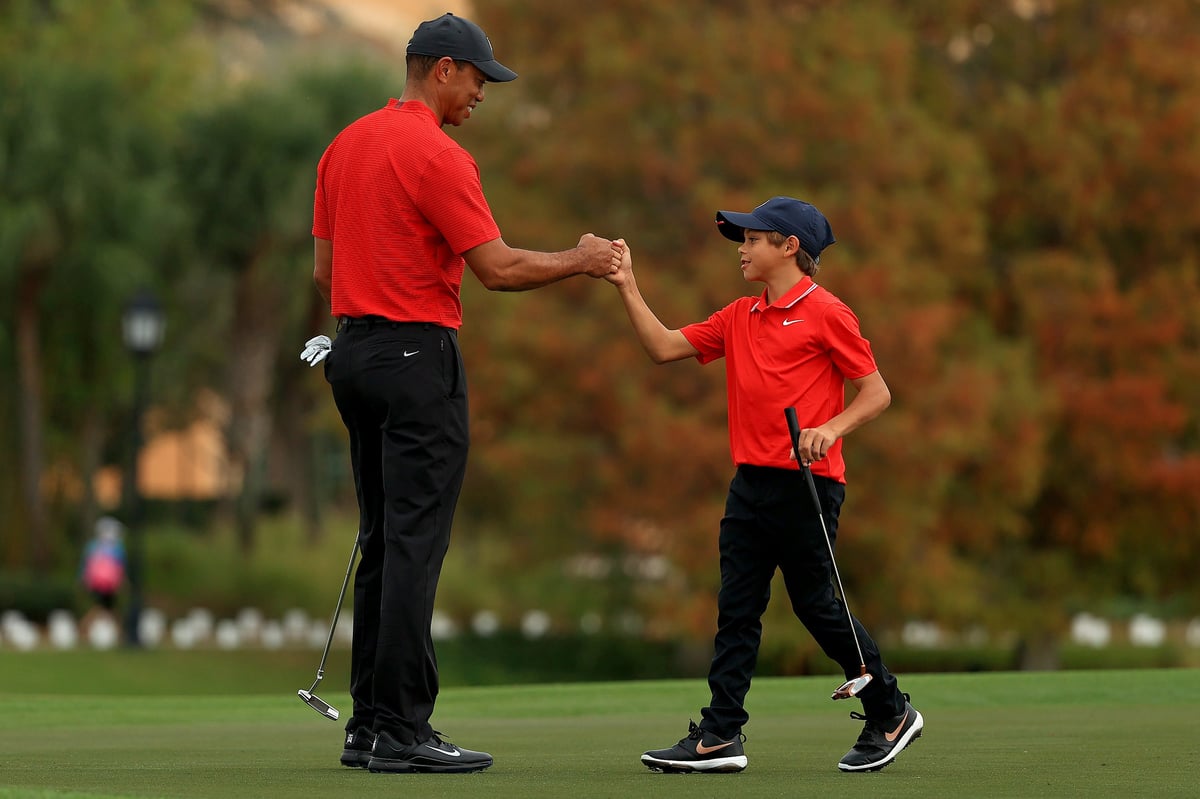 Here's everything we know about Wood's relationship with his ex-wife and girlfriend.

Tiger Woods' relationship with his ex-wife and kids.

These days, Nordegren and Woods seem to be on pretty good terms. A source even told People that the ex partners are "friends now".

"Everything that happened in the past is in the past. They both decided to be adults and to do what was best for the kids. So they get along really well," they told the publication in 2018.

Woods also spoke about his relationship with his ex during an interview with TIME magazine in 2015, where he said Nordegren is "one of my best friends".

"We’re able to pick up the phone, and we talk to each other all the time. We both know that the most important things in our lives are our kids. I wish I would have known that back then." 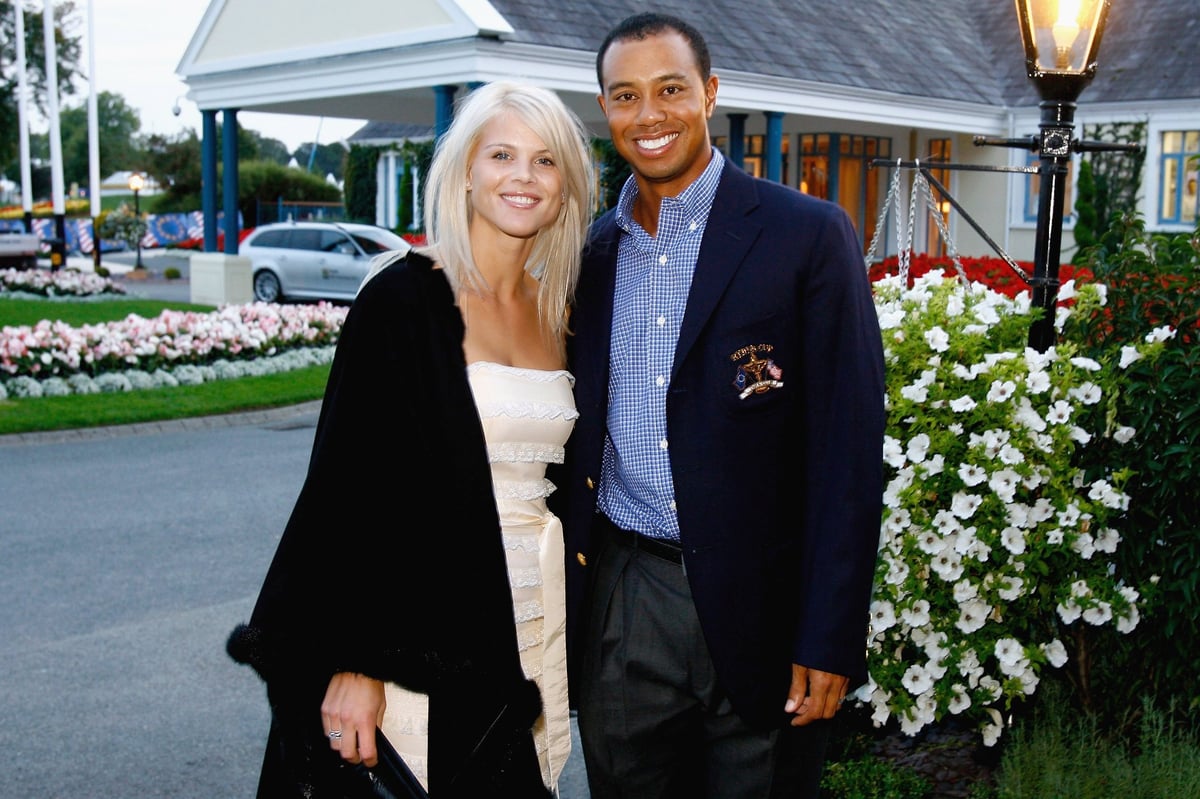 The 44-year-old also explained that he has been upfront with the kids about what happened between their parents.

"I've taken the initiative with the kids, and told them upfront, 'Guys, the reason why we're not in the same house, why we don't live under the same roof, Mommy and Daddy, is because Daddy made some mistakes,'" he told the publication.

In April last year, Woods was seen celebrating with his kids after he won his fifth Masters tournament, 14 years after his last Green Jacket.

His comeback was one for the history books and came after he had spinal fusion surgery in 2017 for chronic back pain.

After claiming the win, Woods made a beeline to Sam and Charlie to embrace them.

"I was very fortunate to be given another chance to do something that I love to do," he said at a press conference.

"But more importantly, I’ve been able to participate in my kids’ lives in a way that I couldn’t for a number of years ...now I’m starting to be able to play with them and do things in their sports. That’s something I always missed," he explained.

Tiger Woods' relationship with his girlfriend.

Woods reportedly first met his girlfriend, Erica Herman, while he was marred to Nordegren.

Herman worked at his restaurant, The Woods Jupiter, in Florida and reportedly started dating the golf champion in 2017.

That year, she accompanied Woods to court when he pleaded guilty to reckless driving under the influence of alcohol or drugs.

Their relationship was later made public in September 2018, when he kissed Herman after his win at the Tour Championship. A microphone also caught Woods whispering into her ear: "hmmm... I love you." A month later Herman wore a 'player spouse' badge at the President's Cup, confirming their relationship.

Earlier this year in April, Woods shared an Instagram photo of himself, Herman, and his kids enjoying a Masters Champions dinner at home during quarantine.

"Masters Champions Dinner quarantine style. Nothing better than being with family," he captioned the post.