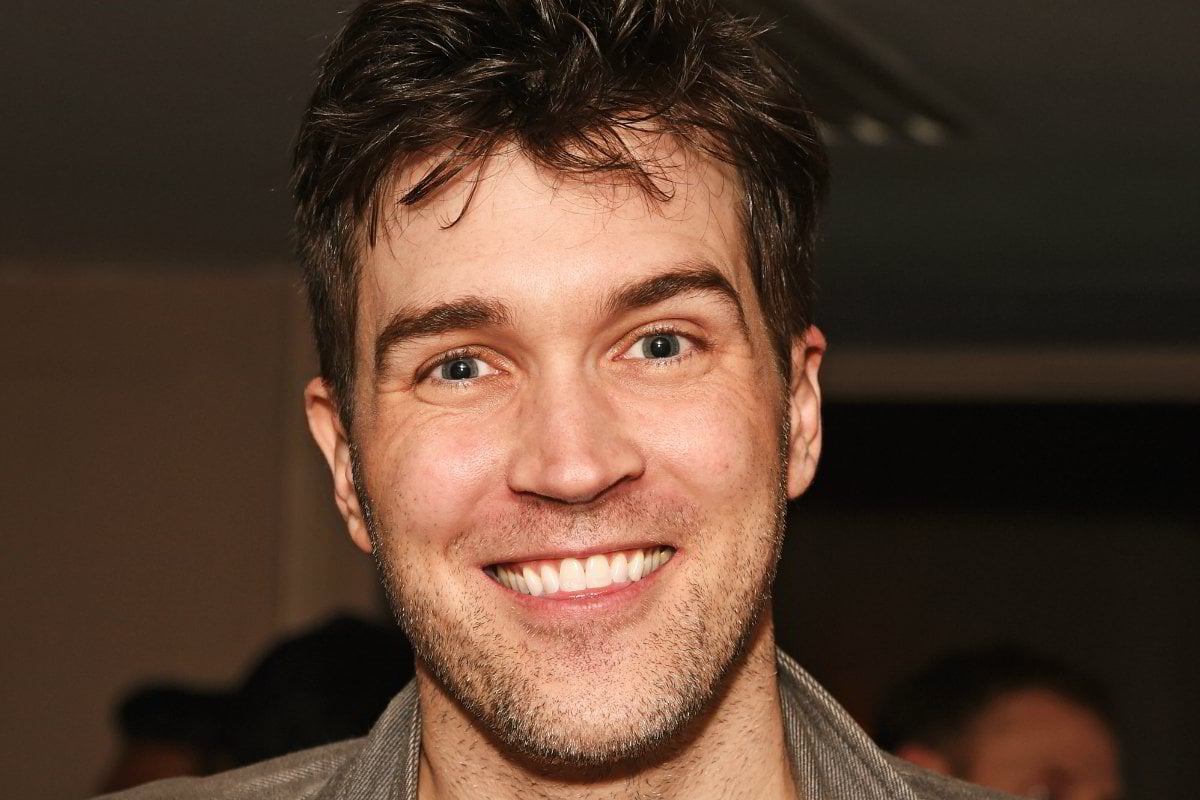 A.J. Finn is a professional fantasist and a personal fabulist; a man who lives a life of facades and false stories in every corner of his life.

Under such circumstances, you won’t be surprised to hear that A.J. Finn isn't even his real name - it's Dan Mallory.

The true story of the bestselling author has captivated the literary world for the past few years. Mallory himself has admitted to his own web of lies, after a New Yorker article exposed the intricate details of his inane fabrications in an investigative piece in 2019.

Dan Mallory wrote the bestselling thriller ‘The Woman in the Window’ under the pseudonym A.J. Finn. In 2018, his first novel debuted at number one on the New York Times best-seller list. It has since sold over three million copies, and was adapted into a feature film, released this year, starring critically acclaimed actors Amy Adams and Gary Oldman.

Watch the trailer for 'The Woman in the Window' feature film here. Post continues below.

But on his way to the top of the literary world, Mallory told lies to everyone from his bosses to his friends.

Here’s what we know about the writer’s lies.

The New Yorker article by Ian Parker dives deep into Mallory’s complicated past.

Mallory reportedly told employers he had received a PhD at Oxford, however when the publication contacted the University for confirmation, they said he graduated with a master’s degree in 2004, but never completed a doctoral degree.

It’s also alleged that he said during a job interview at Little, Brown - an American publishing company - that he was previously an editor at Ballantine. In reality, he worked as an assistant there. The author got the job nevertheless, and later said he had been offered another position at a rival company, which led to Little, Brown giving him a pay raise. No such offer from a competitor had been made, his bosses later discovered. Upon his employers’ revelation, Mallory promptly left, although the terms of his departure remain private.

Before he’d left the building, he had already secured another job as the executive editor at William Morrow, another American publishing company.

Behind the string of professional fabrications was even more concerning lies about his personal life, from illness to death. 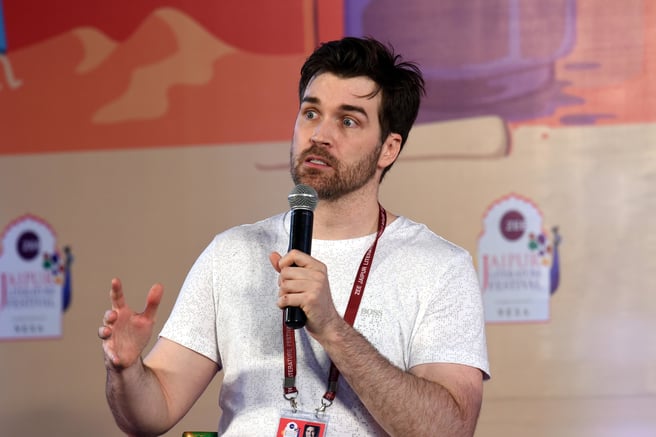 According to New Yorker, Dan Mallory told his colleagues that he had survived brain cancer but that it later returned and he was suffering from an ‘inoperable brain tumour.’ He mentioned his experience with cancer in his application to Oxford University and in job interviews, and also told his colleagues about the illness. He used his ‘cancer’ to justify his long absences from the office. In truth, Mallory never had cancer.

He also allegedly told several people that his mother had passed away from cancer, and his brother died by suicide. In an application to New College at Oxford where he hoped to undertake a doctorate, he claimed that the passing of his family members had affected his academic results in his master’s degree.  Neither his mother nor his brother had died.

Ultimately, the New Yorker article was an explosive piece that untangled Mallory’s lies and made claims that were extensively corroborated by former colleagues and friends. Now, it will forever be ingrained in Dan Mallory's story.

“It is the case that on numerous occasions in the past, I have stated, implied, or allowed others to believe that I was afflicted with a physical malady instead of a psychological one: cancer, specifically,” he shared.

“My mother battled aggressive breast cancer starting when I was a teenager; it was the formative experience of my adolescent life, synonymous with pain and panic. I felt intensely ashamed of my psychological struggles – they were my scariest, most sensitive secret. And for 15 years, even as I worked with psychotherapists, I was utterly terrified of what people would think of me if they knew – that they’d conclude I was defective in a way that I should be able to correct, or, worse still, that they wouldn’t believe me. Dissembling seemed the easier path.”

He added that he had been “afflicted with severe bipolar II disorder” and “experienced crushing depressions, delusional thoughts, morbid obsessions, and memory problems” as a result.

He continued: “It’s been horrific, not least because, in my distress, I did or said or believed things I would never ordinarily say, or do, or believe – things of which, in many instances, I have absolutely no recollection.”

So, what happened to Dan Mallory?

Despite the author’s lies, Harper Collins released a statement at the time saying they will still move forward with his second novel.

“We don’t comment on the personal lives of our employees or authors. Professionally, Dan was a highly valued editor and the publication of The Woman in the Window – a Sunday Times bestseller – speaks for itself,” a statement from the publisher said at the time.

The response drew backlash, with many saying his success demonstrates the privilege afforded to white men by society.

Jonathan Freedland wrote for The Guardian: “It would fit the pattern perfectly if Mallory were to survive this latest unpleasantness, as privileged men like him so often do. Only if that pattern is broken will we know that something has changed — and a new chapter has begun.”

Last year, it was announced that Mallory’s story will be made into a TV show, with the author being played by Jake Gyllenhaal. 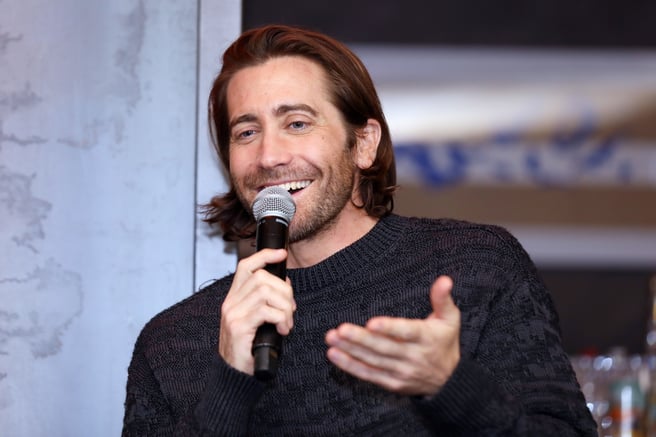 According to Deadline: “The series will follow an unreliable narrator who nurses brain tumours he does not have and mourns family members who are not dead while preying on people’s sympathy to get away with almost anything.”

The show will be brought to life by writer and director Janicza Bravo, who told Deadline that “our protagonist is white, male and pathological”.

“There is a void in him and he fills it by duping people. He’s a scammer. The series examines white identity and how we as an audience participate in making room for this behavior. Getting to partner with Annapurna and Nine Stories is a gift and I am most thrilled for what lies ahead.”

It seems fitting - albeit twisted - that Mallory’s series of made-up stories will be turned into a fictionalised TV show.

Reply
Upvote
2 upvotes
I'm honestly not seeing anything here which should stop people paying him to write a book.
R
rush 2 years ago

Reply
Upvote
14 upvotes
I suppose we should all just be relieved that he wrote a fictional novel, and didn't write a book about how he cured his cancer by eating only escargot and sunning his butthole.
R
redballoon 2 years ago