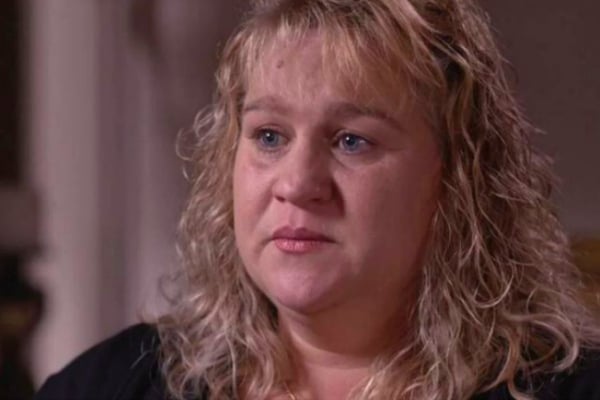 Despite being one of the largest religious groups in Australia, not much is known about the secretive Christian ‘cult-like denomination’ most commonly known as The Truth.

Google ‘The Truth Church’ or ‘The Truth cult’ and you’ll find nothing more than a few articles and obscure websites mentioning the group. And that’s the way The Truth likes it.

The Truth Church doesn’t have any churches or headquarters, nor do its followers adhere to any written policies or doctrines. Not a single building exists in The Truth church’s name.

According to Elizabeth Coleman, former The Truth member and author of Cult to Christ: The Church With No Name, the worldwide cult with a foothold in Australia blatantly describes all other churches as “false”.

Gathering in homes to sing hymns and listen to the word and parts of the Bible interpreted by the group’s highest members called “Workers”, The Truth demands women wear only long skirts or dresses in demure colours, no makeup or jewellery, and never cut their hair – their long hair must be worn in a bun, short hair on a woman is forbidden.

TV and movies are seen as “the work of the devil”, as is dancing and sex education.

But these are the least concerning facts about this nameless cult, which has been linked to claims of child sex abuse and welcoming convicted pedophiles back into its fold.

On Sunday night, 60 Minutes reporter Allison Langdon speaks to former members of The Truth cult in an exclusive investigation. Here’s what we know about The Truth Church in Australia.

You can watch the trailer for the 60 Minutes investigation into The Truth below. Post continues after video.

The Truth Church – a religious cult?

The Truth Church is believed to have originated in Ireland in the late 1800s when founder William Irvine, an evangelist with an interdenominational group called Faith Mission, began preaching independently on Mark 10 of the New Testament.

The group – known by names including The Truth, Two by Twos, Workers and Friends, Cooneyites, Christian Convention Church, The Way, The No-Name Church, The Friends and The Fold – are said to have members in America, Britain, Europe, Cananda, New Zealand and Australia.

As for how the group made its way to Australia, the Irish founder of the Cooneyites was the Protestant evangelist Edward Cooney, who moved to Mildura, The Age reports.

What do The Truth believe?

According to the Sydney Morning Herald, members of The Truth believe they are the only true Christians and all other denominations of the church are false.

Coleman spoke of the group’s cult-like secretive nature and hierarchy in her book, saying followers “hide in plain sight”.

“They meet in private homes on Sunday mornings, and in rented halls (school, community) during the week. They hide in plain sight, being almost impossible to recognise even if you stumble across them, as individually they claim no name, denomination, affiliation or even organisation,” she said.

“In truth they are a highly organised worldwide ministry with an extensive following that carefully hides its origins even from its own members. They refer to each other as “the friends” and to their clergy as “the workers”. Members of the public will only come across them by responding to small advertisements in public newspapers.”

Website Mandate Ministries, said to be dedicated to ‘breaking the chains of spiritual and religious bondage’, claims The Truth believe Jesus’ sacrifice on the cross is not enough to provide salvation to all humans. The Truth believes Jesus died to save only those who follow their ministers (or “workers”) and that “one must continue faithfully in their belief system through self effort, self denial, and unquestioning submission and obedience to their ‘shepherds’ until death.”

Former members of The Truth confirm the group hold fundamentalist Christian beliefs, where TV, movies, dancing, drinking, smoking, swearing, and gambling is described as the “devil’s work”. Women are expected to dress modestly and wear their long, uncut hair pinned in a bun; they are not allowed to follow current fashion trends, or wear makeup or jewellery. Men must have their hair cut short.

Only “Workers” are allowed to marry outside of The Truth, and according to Coleman, “Children in the sect are told that if they stray, bad things will happen – a lightning strike, for example, being hit by a runaway bus, or an illness.”

Ever wonder how someone like you could get sucked into a cult? Mamamia’s The Quicky spoke to a cult survivor about how people are recruited into cults, why they stay and what happens when you want to get out. Post continues after audio.

The Truth and child sex abuse.

The 60 Minutes investigation looks into claims of child sex abuse, and how the cult protected its elders to cover up institutionalised abuse.

In 2013, The Age senior journalist Chris Johnston asked Coleman about why she decided to leave The Truth after spending her entire life within its fold – she said it was the persistent rumours of male “Workers” sexually abusing very young girls within the sect, and the culture of cover ups and dismissal that meant the senior figures were able to get away with their behaviour.

”If something happened between a minister and a young girl, or a young boy, it would be swept under the carpet,” Coleman said.

”The minister would be moved away and nothing would be said. The families would be outraged – but they would also be scared of being kicked out of the tribe. I have reason to believe this is still going on.”

One such senior member was Chris Chandler, the former leader of a The Truth group with 2000 Victorian members. Chandler plead guilty to nine charges of abuse in 2014, including unlawful indecent assaults, indecent assaults and gross indecency on three young female victims. The charges date back to the 1970s when Chandler was aged in his 20s. Some victims were under 12.

A 2013 Fairfax Media investigation established Chandler’s behaviour was known to senior members of the sect, but was promoted to “Worker” anyway. In this role, Chandler travelled throughout Victoria and Tasmania, and at one point, worked a counsellor and contact for victims of child sexual abuse, The Age reports.

This is said to be just the tip of the iceberg when it comes to the child sex abuse committed within The Truth cult, as the 60 Minutes investigation will uncover.

You can watch the 60 Minutes investigation into The Truth on Channel Nine on Sunday April 21 at 7pm.

There are many inaccuracies in this article. I know because I am an ex member, having been in the ‘Truth’ for over twenty years.

What are the inaccuracies?

John Lennon had it right I reckon

Is this about walruses or have I missed something here?

I would never do such a thing Pearly ;o)