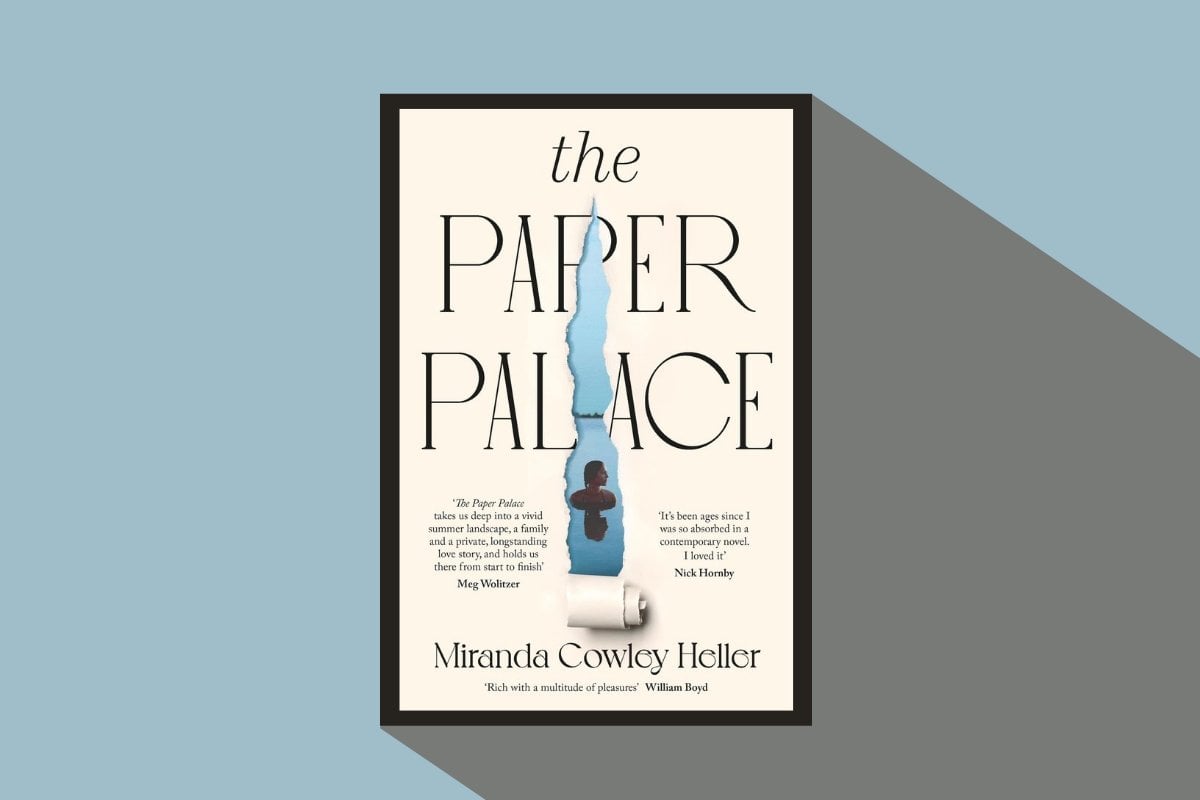 Content warning: This book deals with sexual assault and may be triggering for some readers.

On a glorious summer morning, Elle Bishop wakes early and leaves her husband Peter sleeping soundly in their bed.

She walks through the property, past the debris from the party the night before, strolls down towards the pond, strips off and swims in the gentle water before the rest of her family begin to stir.

During that early morning swim, she remembers what happened the night before. When she snuck out of the party and had sex with the man she had been in love with since they were both children.

And thus begins a story that is told over 24 hours and 50 years. A story about love, and loss, and trauma, and making an impossible decision.

Below I unpack what The Paper Palace is about and give my verdict on whether you should read it:

What is The Paper Palace about?

The Paper Palace follows the story of New Yorker Elle Bishop, who was raised by eccentric, divorced parents in the 1960s and 1970s.

After her parents divorced, a string of step-parents and step-siblings and step-grandparents came in and out of her life, causing all sorts of childhood trauma.

The one constant in her life was her mother's family holiday home - a rundown house and collection of cabins they called 'The Paper Palace', on the banks of a pond at Cape Cod.

Elle's family spent every summer there, and that's where she met her best friend Jonas.

Although they are destined to be together, a traumatic experience from Elle's childhood and a secret keeps them apart for decades.

Until the night of the party.

The Paper Palace is Miranda Cowley Heller's debut novel. After graduating from Harvard, Cowley Heller became a book editor, before working for a decade as the Head of Drama Series at HBO.

So, yeah, she knows how to tell a bloody good story.

Is it a sprint, a marathon, or a hike?

A marathon. The book flips between Elle's life growing up and the day after the party, so there's a lot to take in.

Her past is told through tiny vignettes of childhood trauma ranging from the amusing, to the almost unbelievable, to the absolutely absurd, so you almost need some time to process all of those little stories so you can take in the bigger picture.

Also, like in Where The Crawdads Sing, Cowley Heller creates a world in The Paper Palace that you'll never want to leave, so it's worth taking your time with it.

The love triangle between Elle, Jonas and Peter.

The mystery of what happened to Elle when she was a teenager and how she finally comes to terms with that.

The writing! Cowley Heller knows how to tell a damn good story so the book is full of passages that you'll want to highlight and read a second time.

What are some of the best quotes?

“Nice is the enemy of interesting.”

“If I could fly backward, I would," I said. To the safety of branches, to the time when my heart raced for him like a hummingbird's, 1,200 beats per second. And he said, as he always did, "I know.”

“But it’s what we do, what we’ve done for years now. We drag our past behind us like a weight, still shackled, but far enough back that we never have to see, never have to openly acknowledge who we once were.”

“But this time when I pull away from him, it is agonising. Not found, but lost. I pause, stand on the precipice of memory, wanting so desperately to fall into it, knowing I can't. Jonas is animal, Peter is mineral. And I need a rock.”

“Every single time I see the ocean, even if I’ve been there in the morning, it feels like a new miracle - its power, its blueness always just as overwhelming. Like falling in love.”

What books will it remind you of?

Where The Crawdads Sing for the setting and the epic love story that starts in childhood.

A Little Life for the childhood trauma and how that presents later in life.

And Great Expectations for the eccentric characters and almost unbelievable plot points.

The Paper Palace sits around the 400-page mark.

How will it make you feel?

The Paper Palace will make you feel a whole rollercoaster of emotions.

There's some genuinely funny bits that will make you giggle out loud. The plot is so intriguing, you'll be thinking about a random story from Elle's childhood while you're trying to work or cooking dinner.

By the end of the book, you will have genuine affection for the characters and what they've been through.

I was quite emotional towards the end of the book and couldn't wait to find out how it all panned out.

How many stars would I give it?

I would give The Paper Palace five out of five early morning skinny dips. It's definitely found a place on my favourite books of all time list.

My only issue with the book is that some of the stories from Elle's childhood seem outrageous but that's probably what makes it such a unique book. Also, it obviously makes it perfect for adaptation for a movie or TV series.

So, should you read it?

If you loved Where The Crawdads Sing and A Little Life, you'll love this.

In The Paper Palace, Miranda Cowley Heller creates a world you never want to leave and characters who you become genuinely invested in.

It's an epic love story, a coming-of-age story, a tale that explores the impact of childhood trauma and the power secrets hold over us.