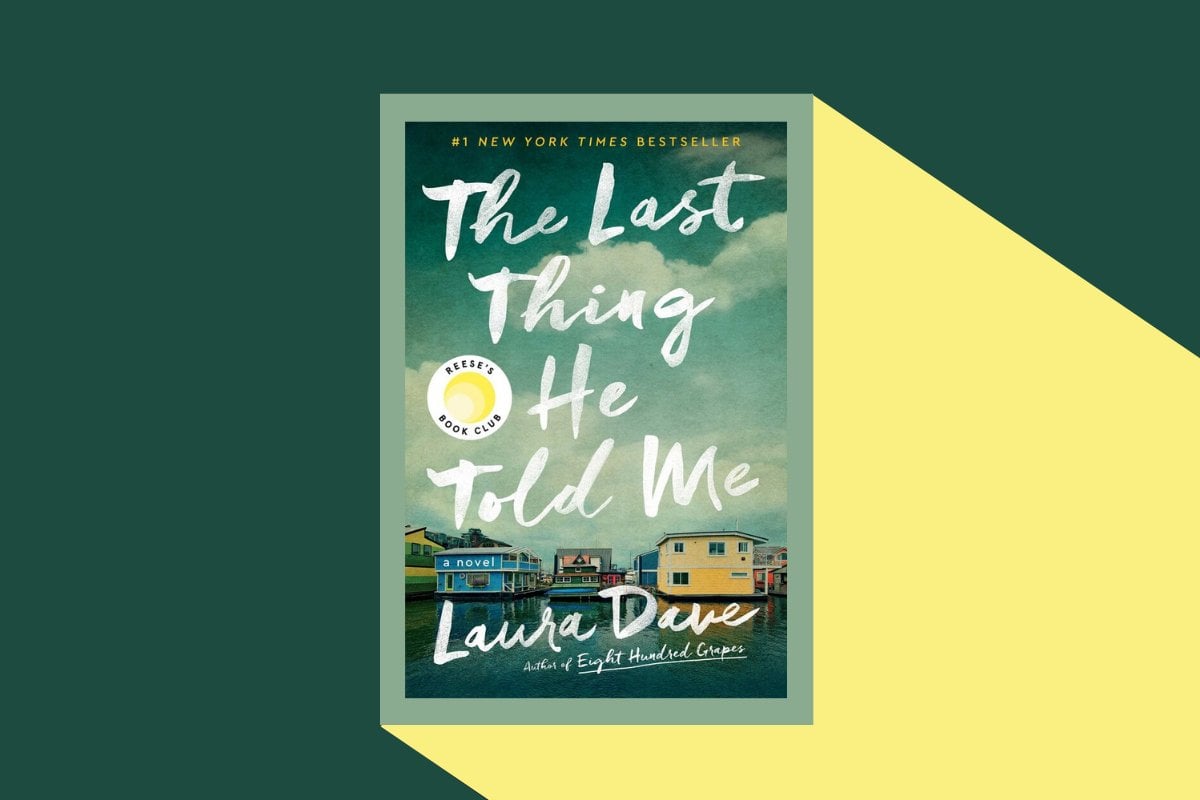 Occasionally a book comes into your life and slowly worms its way into your heart.

This year that book for me was Laura Dave's The Last Thing He Told Me.

From the very first page I was hooked. But The Last Thing He Told Me isn't a dirty little thriller you consume in one afternoon. It has a lot of heart, and the story is as much about the main character's relationship with her missing husband, and reluctant stepdaughter, as it is about the mystery at its centre.

Keep reading to find out what The Last Thing He Told Me is about and whether you should read it:

What is The Last Thing He Told Me about?

The Last Thing He Told Me is a slow-burning mystery with a lot of heart.

The plot centres around 40-something Hannah, a woodturner, who moved to Sausalito in Northern California to live with her new husband, Owen, and his 16-year-old daughter, Bailey.

One afternoon a note is delivered to Hannah from Owen that simply reads: "Protect her".

Owen has vanished into thin air, and with the FBI and the state troopers on her heels, Hannah must discover why Owen left and if he was ever really the man she thought she married.

The Last Thing He Told Me was written by Laura Dave, the bestselling author of Eight Hundred Grapes and other novels.

The bestselling novel is already a Reese Witherspoon Book Club Pick and Witherspoon is adapting the novel into a TV series starring Julia Roberts as Hannah.

Is it a sprint, a marathon, or a hike?

It's a sprint. But one where you can stop now and then and smell the flowers.

The mystery of what happened to Owen.

The beautiful writing. The burgeoning relationship between Hannah and her stepdaughter Bailey.

What books will it remind you of?

Everything I Never Told You by Celeste Ng.

It's around 300 pages. So you could read it over a few nights, or in one day if you're feeling it.

How will it make you feel?

There are some sad moments and it definitely doesn't have the happiest of endings, but The Last Thing He Told Me is really a book about being human and the connections we make.

Plus the mystery and following Hannah on her journey to find out answers is really fun!

What are some of the best quotes?

Like I said, The Last Thing He Told Me is packed full of beautiful writing and clever observations. Here are some of my favourite quotes:

“This is the thing about good and evil. They aren't so far apart - and they often start from the same valiant place of wanting something to be different.”

“This is the terrible thing about a tragedy. It isn't with you every minute. You forget it, and then you remember it again.”

“How do you explain it when you find in someone what you’ve been waiting for your whole life? Do you call it fate? It feels lazy to call it fate. It’s more like finding your way home - where home is a place you secretly hoped for, a place you imagined, but where you’d never before been. Home. When you weren’t sure you’d ever get to have one.”

“Maybe we are all fools, one way or another, when it comes to seeing the totality of the people who love us - the people we try to love.”

How many stars would I give it?

I would give The Last Thing He Told Me four out of five missing, duplicitous husbands.

What it lacks in massive plot twists, it makes up in fully fleshed out characters and beautiful writing.

So, should you read it?

Yes, you definitely should.

The Last Thing He Told Me is an unputdownable mystery with a lot of heart.

Reading it you can immediately see why it's a bestseller and why it has been picked to be adapted for TV.

Also, it's definitely the kind of book you'll want to read before the TV series comes out.