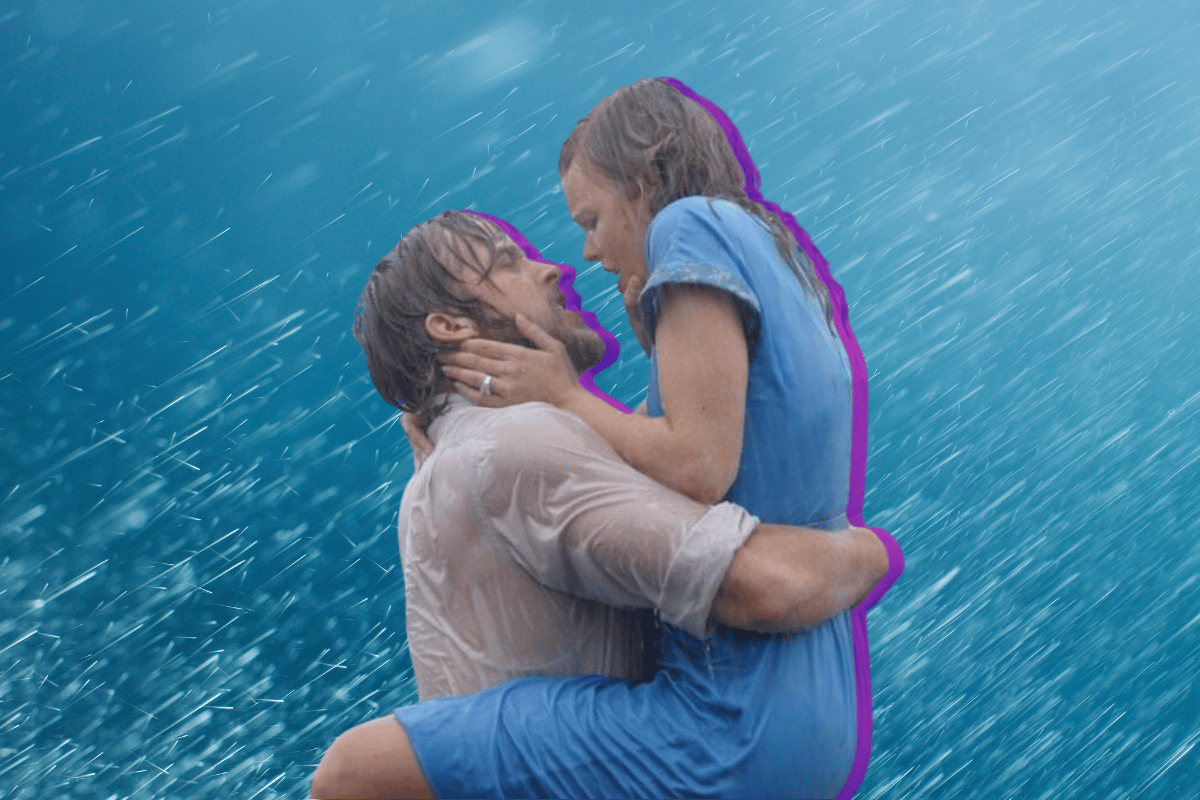 The Notebook is one of those films you’ve no doubt watched (and cried over) at least once in your life.

The 2004 cult classic, which is based on Nicholas Sparks’ novel of the same name, follows the story of poor country boy Noah (played by Ryan Gosling) and rich city girl Allie (played by Rachel McAdams) who fall in love despite her parent’s disapproval. And yes, while the film is admittedly full of cliches, the ending always leaves us ugly crying on our couch without fail.

Watch the trailer for The Notebook and relive all the feels. Post continues below.

16 years on from its premiere, there’s a bunch of things you probably didn’t know about the film.

From casting choices to improvised lines, here are 12 surprising behind-the-scenes facts about The Notebook.

1. Ryan Gosling was cast because the director didn't think he was "handsome".

Gosling told Company magazine that the film's director, Nick Cassavetes, wanted him to play the role of Noah because he looked like a "regular guy".

"I want you to play this role because you’re not like the other young actors out there in Hollywood. You’re not handsome, you’re not cool, you’re just a regular guy who looks a bit nuts," he told the publication.

And sir, we'd have to wholeheartedly disagree with you.

2. One of the film's most iconic lines was actually improvised.

In one scene in the film, Noah asks Allie the very difficult question, "What do you want?" It has gone on to become one of the film's most iconic lines. But it was actually improvised.

"There was a scene at the end where Ryan improvised, 'What do you want? What do you want?’ And it became one of the most iconic things from the film [that] wasn’t in the script. He just knew it," Cassavetes told the publication.

"I’m a literary guy, I was a lit major in college and I like words, but I also like improvisation, [so] that’s fine. But he was so on it. We just let him go."

3.  Britney Spears and other celebrities were considered to play Allie.

We can't imagine anyone else playing Allie other than Rachel McAdams. But she wasn't the only one considered for the role.

According to Entertainment Tonight, Gosling's former Mickey Mouse Club costar, Britney Spears, was one of the actresses McAdams beat out for the role. Others induced Reese Witherspoon, Ashley Judd and Jessica Biel.

Biel previously spoke to Elle about missing out on the role.

"That's one that I wanted so badly," she told the publication.

"I was in the middle of shooting Texas Chainsaw Massacre, and I auditioned with Ryan Gosling in my trailer - covered in blood. [Director] Nick Cassavetes put me through the wringer in an interesting, excitingly creative way. But there’s a million that get away. We’re gluttons for punishment. It’s just rejection."

4. McAdams wowed Gosling and Cassavetes in her audition. 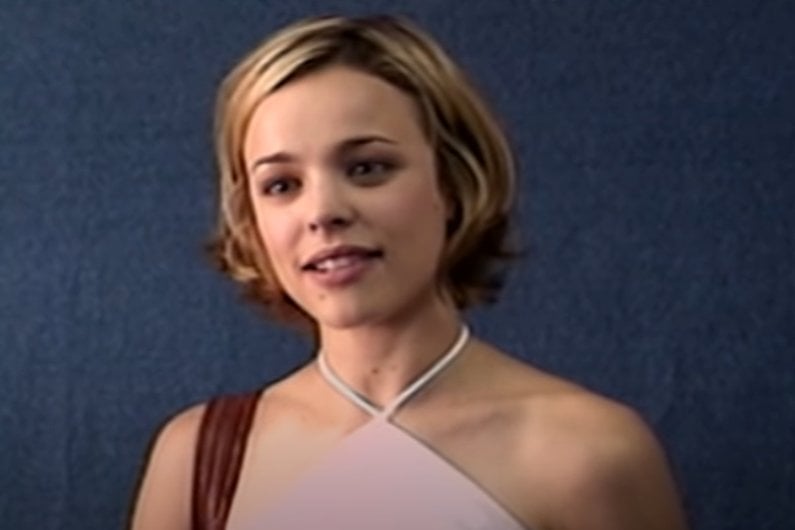 Speaking of auditions, McAdams seriously impressed Gosling and Cassavetes during hers.

"We met with a lot of actresses and they were all very good, most of them were very good," Gosling told Entertainment Tonight.

When it was McAdams turn to audition, the actress walked into the room with confidence and didn't ask any questions.

"She just kind of went, whew, to do this incredible gamut of emotion," said Gosling.

McAdams also told the publication that she was "very fortunate" to land the role.

"I was sort of at the end of the line. I'm glad I just kind of streaked in there."

5. Gosling and McAdams didn’t always get along during filming.

They may have played a young loved up couple in the film, but Gosling and McAdams didn't always get along with eachother in real life.

Gosling even asked Cassavetes to take McAdams off set one day and replace her with another actress.

"They were really not getting along one day on set. Really not," Cassavetes told VH1.

"And Ryan came to me … he’s doing a scene with Rachel and he says, ‘Would you take her out of here and bring in another actress to read off camera with me? … I can’t. I can’t do it with her. I’m just not getting anything from this'."

However, the couple eventually ended up falling for each other and went on to date between 2005 and 2007.

6. Gosling had to wear coloured contact lenses to play Noah. 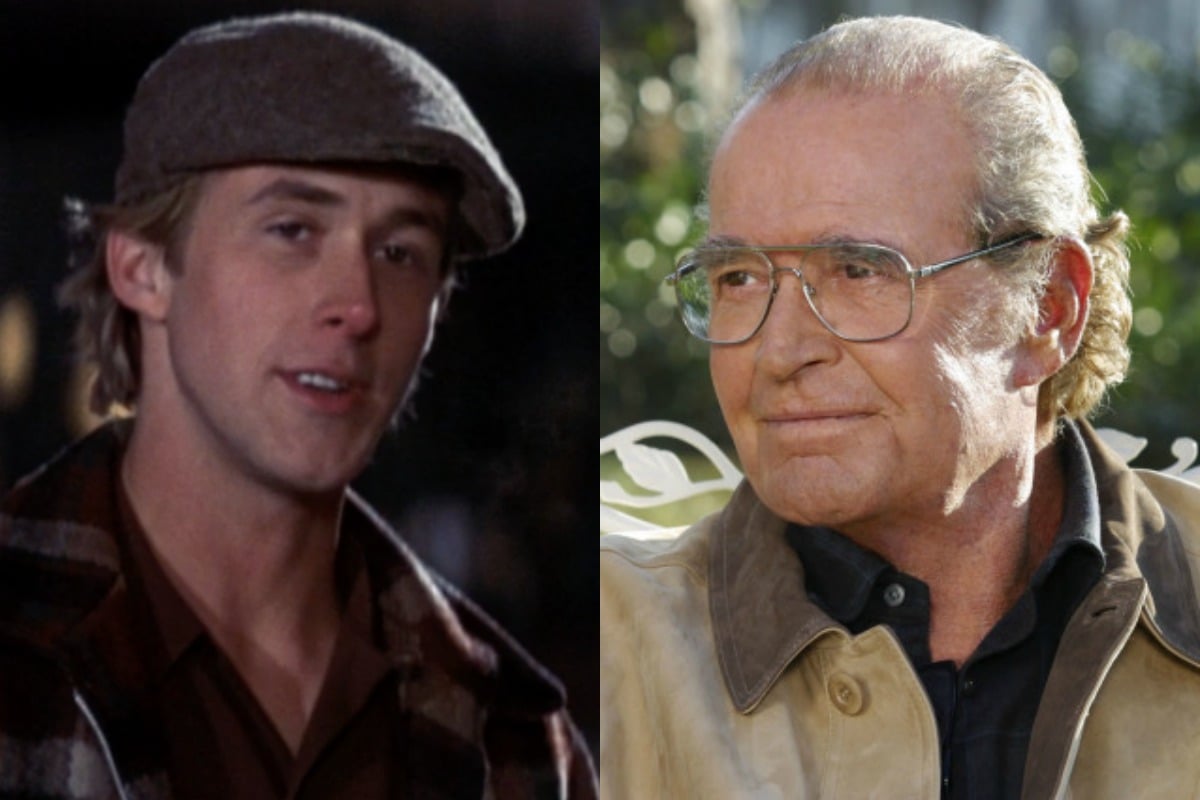 If you look closely you might notice that Gosling has brown eyes in the film, but in real life the actor's eyes are blue. According to VH1, Gosling had to wear brown contacts when filming to match his co-star James Garner, who played older Noah. 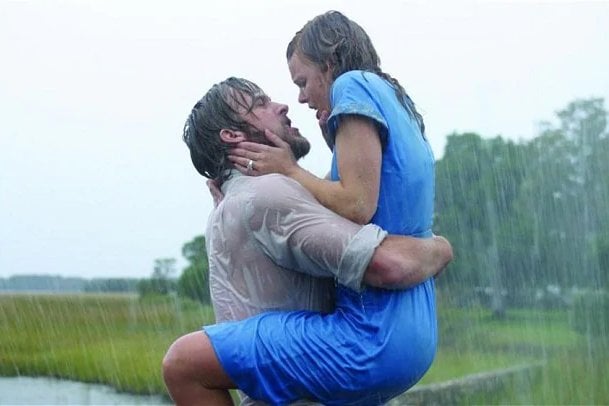 It seems the romantic kiss-in-the-rain scene wasn't as romantic as it was on screen.

"We just wanted to get out of the rain. It was very cold," McAdams told Life and Style magazine about filming the scene.

McAdams' dress and shoes even started to fall apart during filming due to the water.

"That dress was made for the film, but a lot of the stuff I wore was rented and was actually from the 1940s. So much of it was falling apart."

"I think there’s a scene in the movie where I’m running in bare feet, and it’s only because [after] the first few takes I did, the shoes disintegrated off my feet."

8. Gosling and McAdams ended up winning the MTV Movie Award for best kiss. 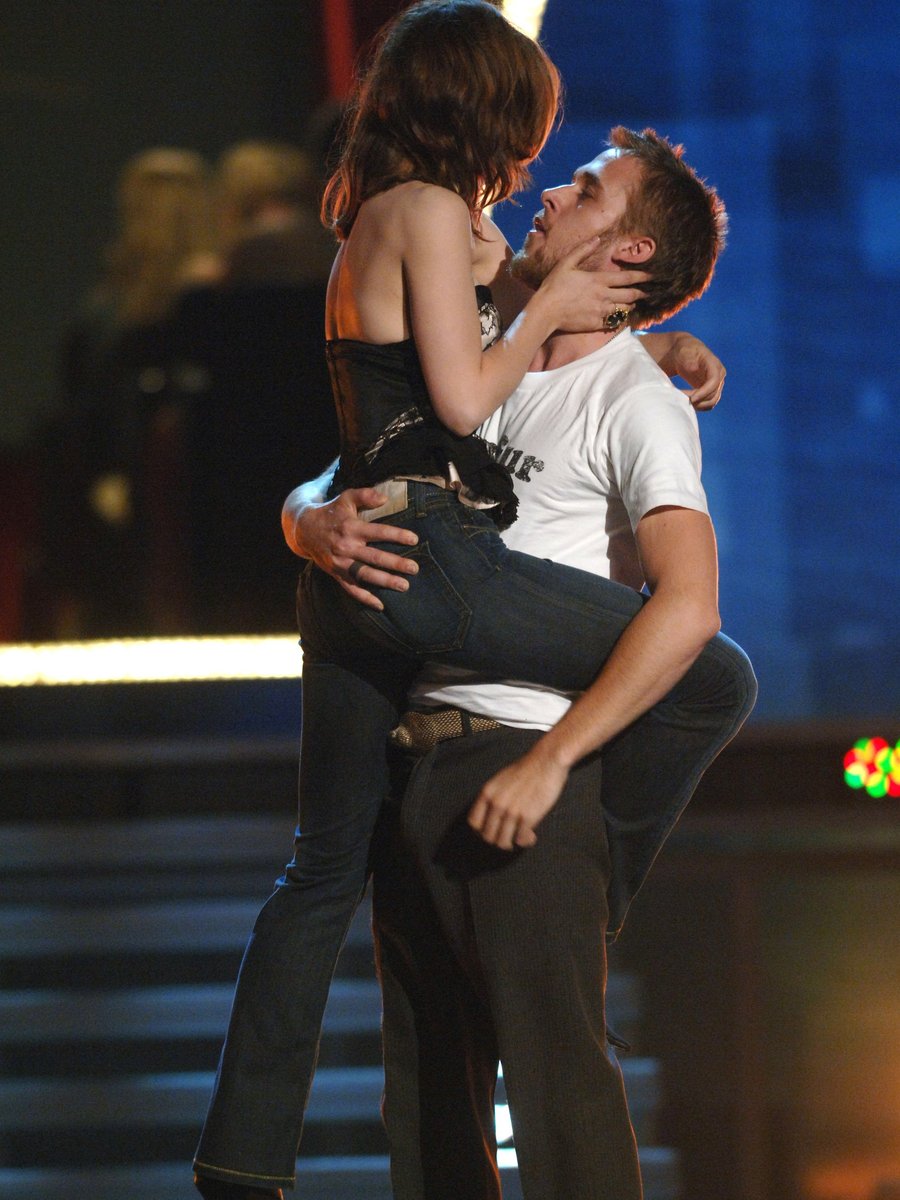 Speaking of the rain scene, Gosling and McAdams ended up winning the MTV Movie Award for best kiss in 2005.

The actors even recreated the famous kiss scene when they accepted the award on stage.

9. McAdams did a lot work to prepare for the role.

According to Maclean’s magazine McAdams took ballet classes to help her prepare for the role of Allie.

"Nick [Cassavetes] had me take ballet and etiquette classes. And I went to a few weddings and talked to some debutantes," she told the publication.

She also told the publication that she had to work out for the role.

"It got to the point where I turned to my trainer, pointed to my bicep, and said, 'This doesn't look 1940s anymore, it's gone even beyond pin-up girl.' So we had to tone it down."

The actress also told IGN that she worked with a dialect coach for two months to master Allie’s Southern accent.

10. The actress who played older Allie was the director’s mother.

The older version of Allie is played by award-winning actress Gena Rowlands who is also Cassavetes' mother. The 90-year-old has also appeared in films Yellow, She’s So Lovely and The Skeleton Key.

11. Kobe Bryant bought his wife one of Allie's dress for Valentine’s Day. 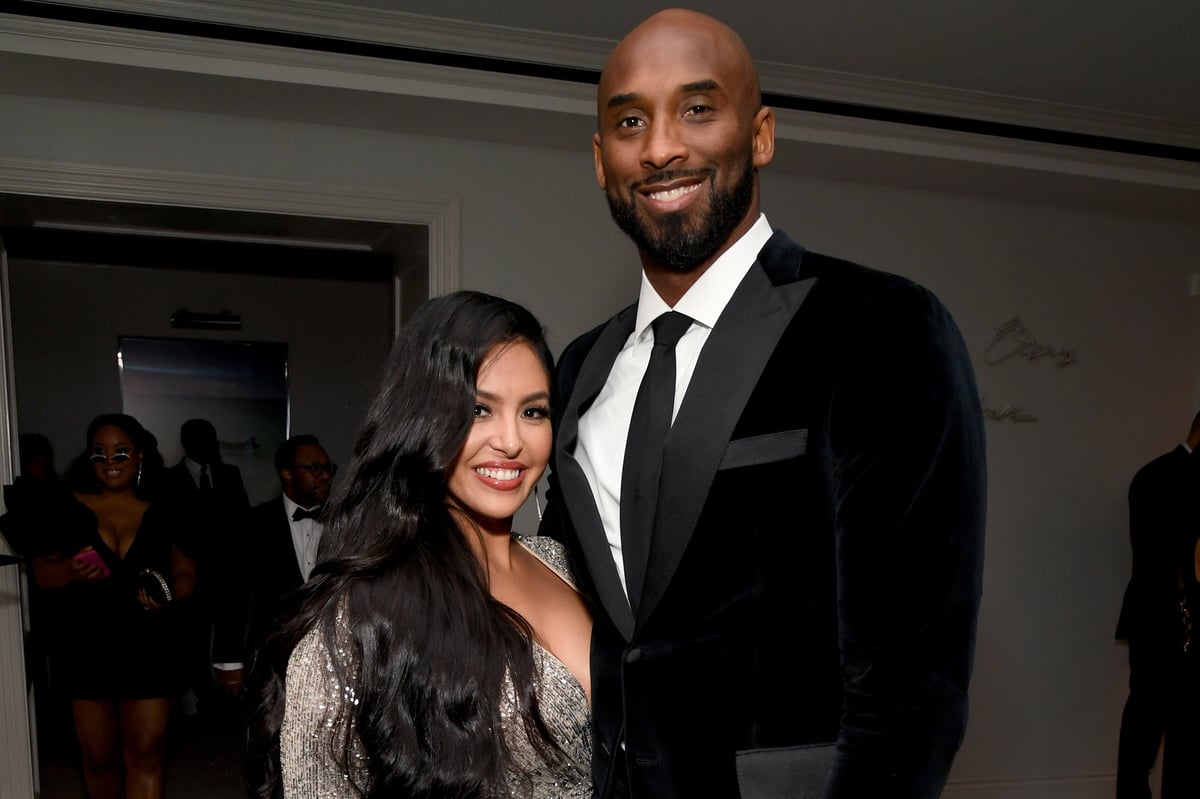 Late basketball player Kobe Bryant once bought his wife the same blue dress that McAdams wore during the rain scene in the film. The dress was a gift for Valentines Day in 2013 after the couple got back together.

"When I asked him why he chose the blue dress, he said it was because it was the scene when Allie comes back to Noah," Vanessa Bryant said during a tribute for her husband and daughter Gianna earlier this year.

"We had hoped to grow old together like the movie." 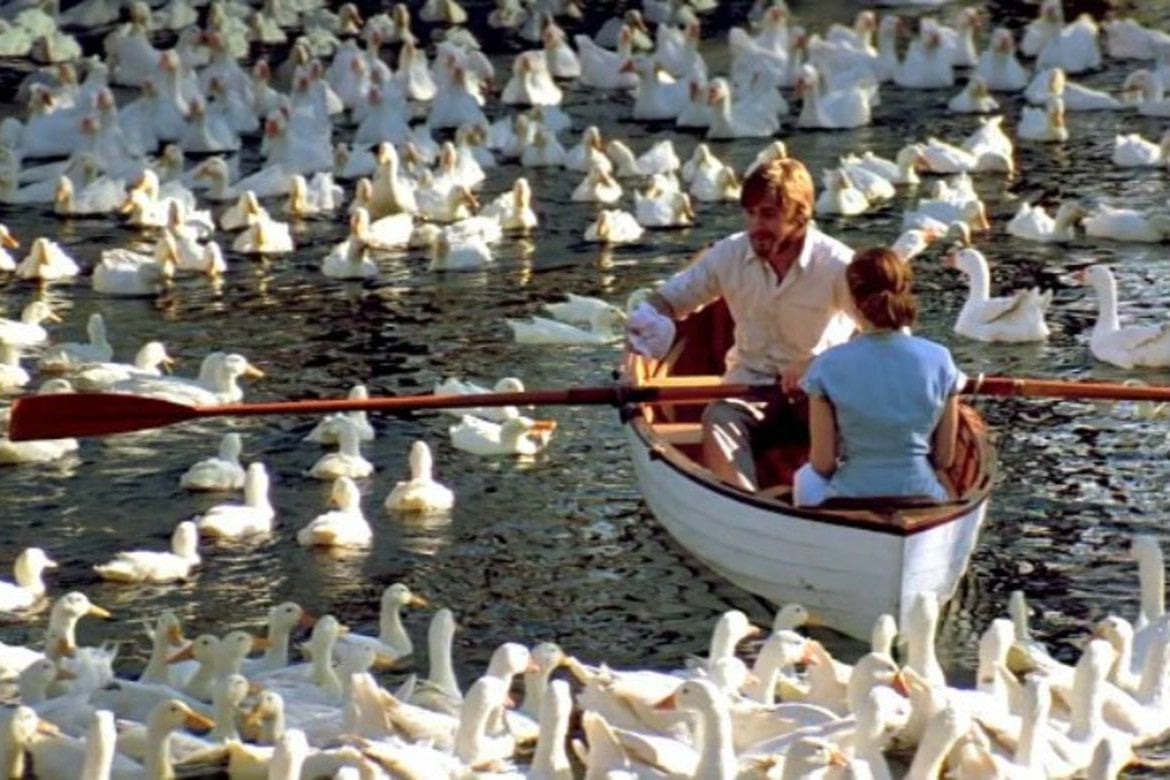 The scene where Noah and Ally row through a lake filled with swans almost didn't happen because the production company was worried about the birds being untrained.

To solve the problem, Cassavetes told VH1 that they bought a bunch of hatchlings and raised them on the lake so they were used to the area.

"By the time the movie was shooting, they were kind of grown, but they had been fed out there every day. So, when the studio came down to see the scene - because they didn’t believe we could do it - the guy marched them out there like the Pied Piper and they went out on the lake."

For more things you didn't know about other movies, check these out: