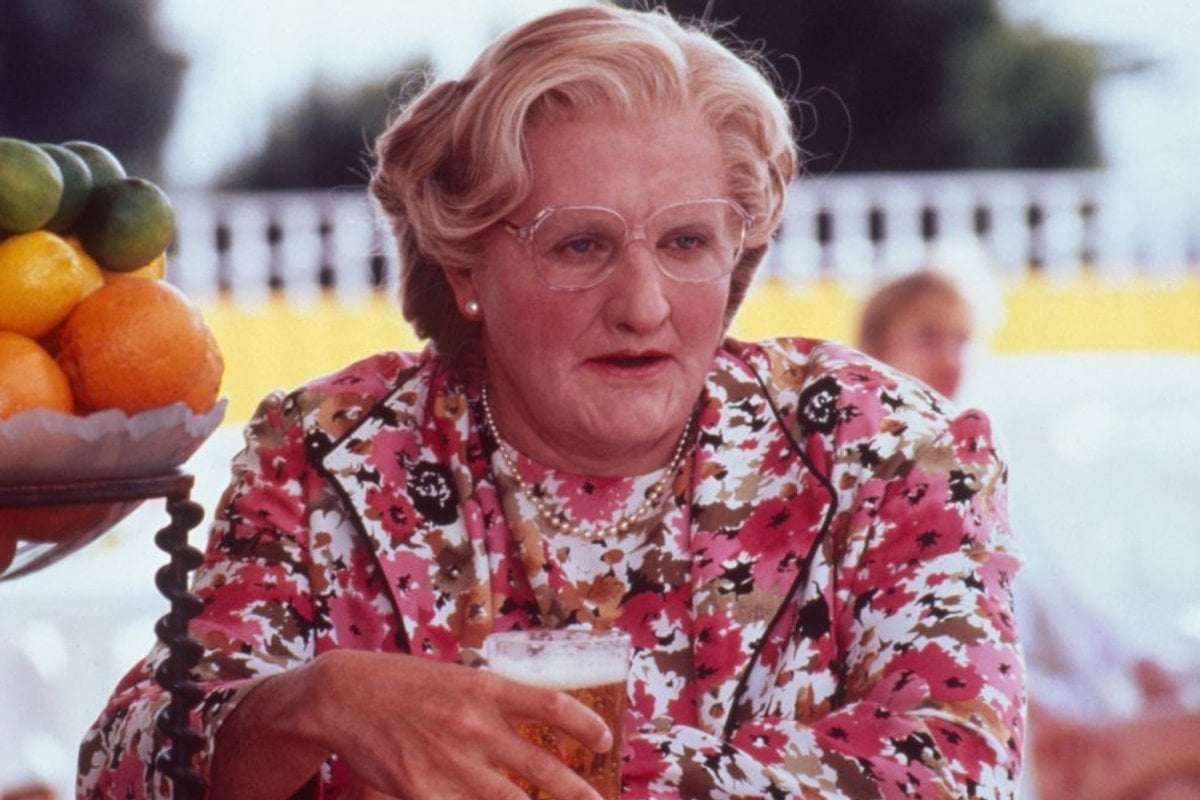 Mrs. Doubtfire is one of those quintessential movies that most 90s kids will remember watching over and over again.

The comedy-drama film, which was released in 1993, received a number of awards, with late actor Robin Williams receiving the Golden Globe Award for Best Actor in a Motion Picture – Musical or Comedy.

Now, 27 years on from its release, the film is just as beloved.

Watch the trailer for Mrs. Doubtfire below. Post continues after video.

In case you've forgotten the iconic comedy, the movie follows the story of voice actor and father-of-three Daniel Hillard (Williams), who is going through a bitter divorce from his wife Miranda Hillard (Sally Field).

In an attempt to spend time with his children, who are living with his ex-wife, Hillard transforms into grandmother and female housekeeper, Mrs. Doubtfire.

Here are 14 things you didn't know about Mrs. Doubtfire:

Mara Wilson and Blake Lively were some of the very last young actresses standing for the role of Natalie Hillard.

In the final round of auditions, Lively, who was just five years old, was nervous about auditioning with Robin Williams.

Lively's father assured her that she would be reading her lines with Williams' "twin brother". However, after entering the room for the final audition, someone introduced Williams as Robin, leading a very starstruck Lively to completely blow her audition.

The actress later described the experience as "horrible".

2. They based Mrs. Doubtfire on old photographs.

While deciding on a look for Mrs Doubtfire, director Chris Columbus and other filmmakers looked through "hundreds and hundreds" of photographs of old women.

"We all wanted Mrs. Doubtfire to be someone who would be the perfect grandmother," Columbus later said.

"We looked through hundreds and hundreds of photographs until we found a portrait of an older English woman. She had an incredibly sweet face, pretty, prim, very popular and extremely warm," he added.

"It became the key to Mrs. Doubtfire's look." 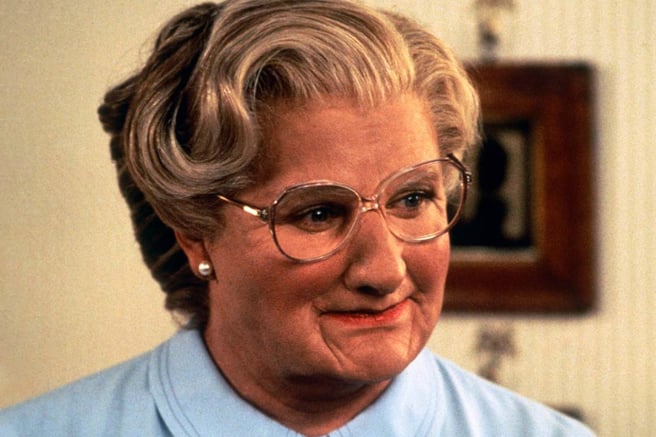 The process of transforming Williams into Mrs. Doubtfire was exceptionally long.

Each day that Williams had to appear in the film as Mrs. Doubtfire, it took the team of makeup artists four and a half hours to complete his makeup and get him suited up.

The makeup work in the movie even earned the team an Academy Award for Best Makeup.

4. The cast often went off script.

Some of the most memorable scenes in Mrs. Doubtfire were completely improvised.

As the icing accidentally dripping into the tea was unintentional due to the hot conditions on set, Williams improvised the rest of the scene.

"There you go, you've got your cream and your sugar now," Mrs. Doubtfire said.

It has also been reported that Williams went off script so often that director Columbus was able to make a R-rated edit of the film. In the end, the PG-13 edit was released. 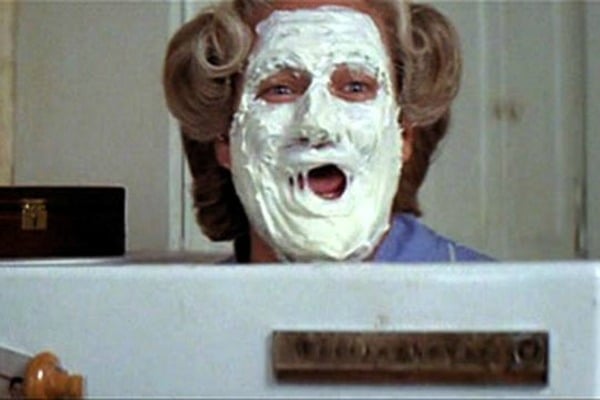 5. Lisa Jakub was expelled from her school.

Lisa Jakub, who played the eldest Hillard daughter Lydia, had to take five months off school to film the movie.

At the time, Jakub's school weren't happy with the decision, leading the actress to be expelled from the school.

Although Williams sent a letter to the school in an attempt to make them change their decision, the school didn't budge.

6. There were plans in place for a sequel.

In 2014, Elf screenwriter David Berenbaum began working on a second draft for a sequel to Mrs. Doubtfire.

When Williams passed away in August 2014 the project was scrapped.

In 2015, American composer Alan Menken shared that he was working on a musical adaptation of the film.

But in 2016, he later shared that the musical project was "on a creative hiatus".

In an attempt to see whether his costume was believable, Williams visited a San Francisco sex shop while dressed as Mrs. Doubtfire.

He attempted to buy a number of items but the store worker soon recognised the actor.

On another occasion, Williams' own son didn't even recognise his father in costume until he started speaking.

8. The movie is based on a British novel.

The novel was reportedly inspired by a jewellery shop owner who went by the name 'Madame Doubtfire'.

When the book was adapted for the film, author Fine requested that they "not make the children bratty".

9. A nod to Dead Poets Society.

In one of the most famous scenes in the film, Mrs. Doubtfire's dentures fall into her wine glass.

In the scene, she utters: "Carpe Dentum... seize the teeth". 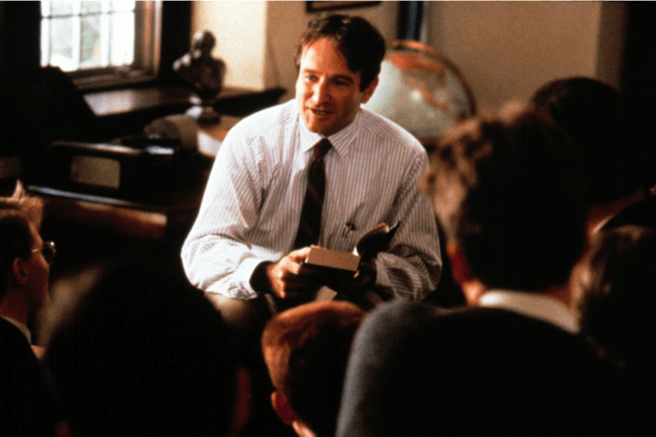 The line was in reference to Williams' iconic role in Dead Poets Society and the line in which he says, "Carpe Diem... seize the day".

Williams, who was well known for his improvisation skills, often made references to pop culture and his previous roles throughout filming.

Williams' role was largely influenced by his own childhood nanny, "Lolly".

While Lolly reportedly wasn't a fan of the attention, one local newspaper ran a story on the nanny, referring to her as "The Real Mrs. Doubtfire".

11. The lead role almost went to someone else.

The roles of both Daniel Hillard (Mrs. Doubtfire) and Stu Dunmeyer were initially offered to actor Tim Allen.

Allen turned down both roles, and went on to play Santa in The Santa Claus the following year.

Although it's hard to believe, the film actually marked Mara Wilson's acting debut.

Following her role in Mrs. Doubtfire in 1993 at six years old, Wilson went on to play several other roles, including the leading role in Matilda.

She later went on a 12-year acting hiatus, before appearing in a number of small roles from 2011 onward.

13. The film was shot entirely in San Francisco.

While Mrs. Doubtfire was originally set in Chicago, the movie ended up being shot in San Francisco.

When Robin Williams later passed away in 2014, hundreds of fans left flowers and letters outside the San Francisco home that featured in the much-loved movie.

The famous four-bedroom house later sold for US$4.15 million. 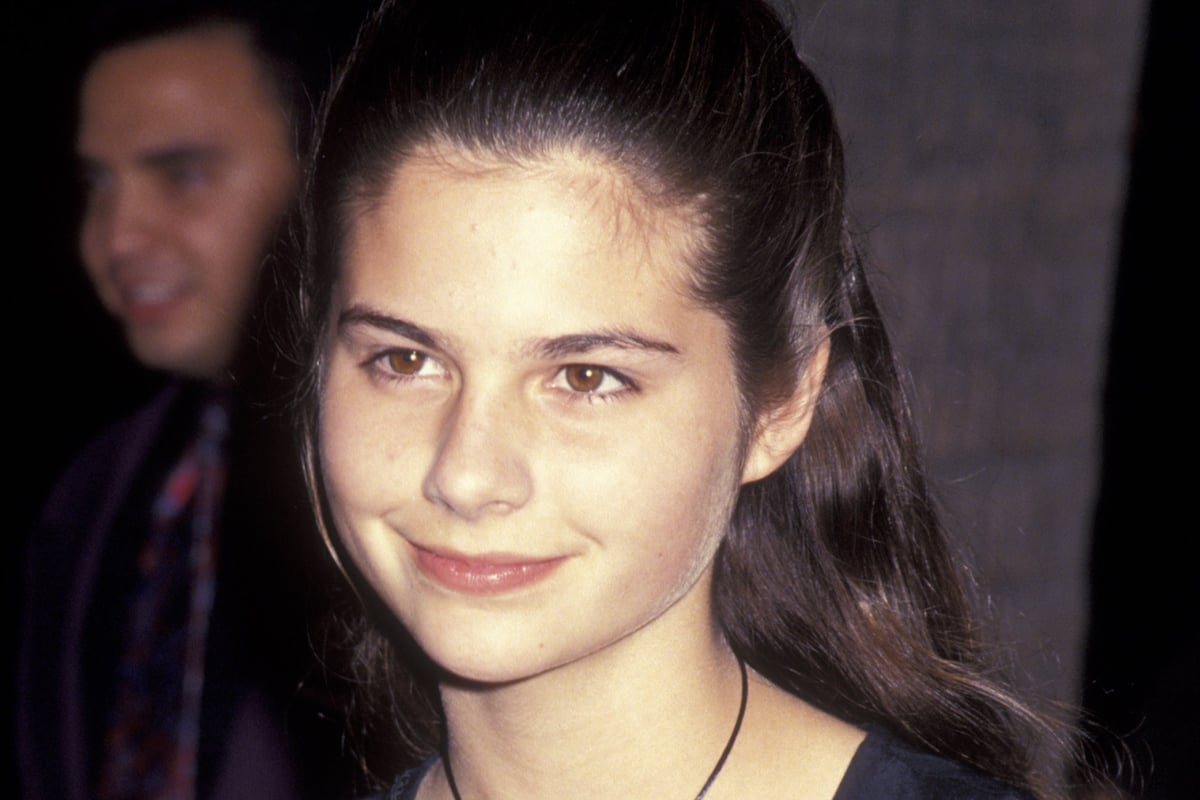 Lisa Jakub, who played Lydia Hillard, shared that Robin Williams helped her with her mental health struggles on set.

"Robin was everything that you would hope he would be," she told Yahoo Entertainment. "And he was very open and honest with me about his issues with anxiety and depression. I was able to share with him that anxiety was something that I struggled with."

The now 42-year-old continued: "He would talk to me about mental health issues in a way that 14-year-olds aren't usually used to adults being really open about those sorts of personal experiences with them."

The Canadian writer also shared that Williams advised her against turning to substances.

"He was very insistent in making sure that I knew that substances were not going to help," she shared.

"That was a route that he had gone down with addiction, and that it just made everything worse."

Reply
Upvote
1 upvotes
I rewatched this with my daughter yesterday. I haven't seen it since I was about 9 when it came out and I have to say, I am now firmly on the mother's side. I'm not sure it holds up, and it's not his best work, but it's still a bit of nostalgia.
News
General
Opinion
True Crime
Politics
Sport
Explainer
Entertainment
Celebrity
Reality TV
Movies
TV
Books
Rogue
Royal
Lifestyle
Beauty
Fashion
Weddings
Home
Wellness
Health
Fitness
Travel
Food
Parents
Before The Bump
Pregnancy
Baby
Kids
Teens
School
Parent Opinion
Work & Money
Money
Finance
Career
Lady Startup
Relationships
Sex
Dating
Separation
Friendship
Family
Real Life
Couples