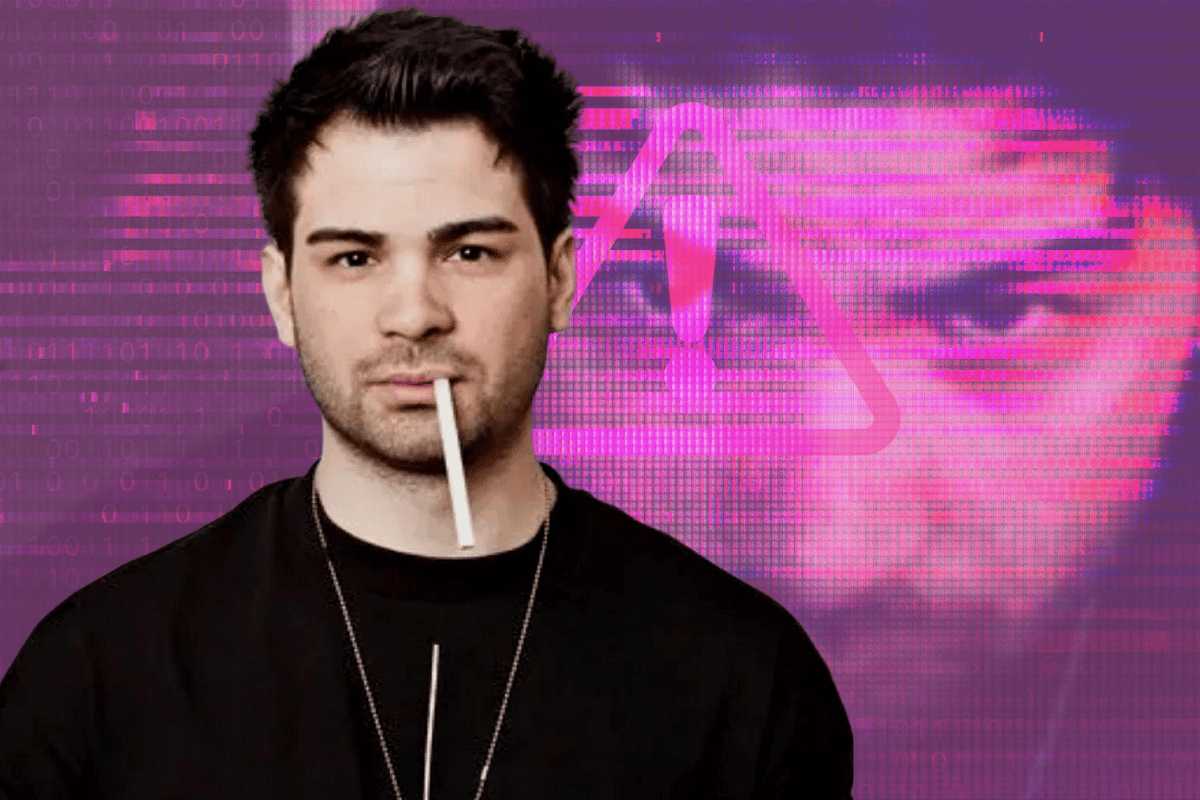 In 2011, a shock jock Internet culture was beginning to emerge – a time where social media was becoming a beast of its own, and users were causing online chaos with little repercussions.

It was during this time that a young American man, Hunter Moore, decided to create a website called IsAnyoneUp.com.

He already had a decent amount of notoriety online, thanks to his outrageous YouTube videos, provocative Twitter posts and his presence in the DJ/music scene in California.

He was 'Internet famous' for the time – regularly posting videos of himself partying, drinking, doing drugs, filming himself propositioning women and "making money f**king people over".

When Moore decided to create IsAnyoneUp.com, his intent was clear from the get-go: to humiliate, shame and ridicule strangers for perverse entertainment.

Watch the official trailer for The Most Hated Man on the Internet. Post continues below.

When Moore began to use his website to publicly post nude photographs of non-consenting people, the site's readership went from zero to 100 overnight. It went viral – making it one of the first examples of social media virality.

Smartphones had just become readily available to most teens across America at this point. With a smartphone now in the hands of most young people, the rise of the nude photo emerged.

The sad part is that the vast majority of the images Moore posted were from people unaware their photo had been stolen or re-shared without their consent. So-called friends would send in pictures of their mate's nude photos to Moore, as would vindictive exes – ruining someone's life with one click. The automated response from Moore that a user would receive when submitting a nude was: 'Thank you for being evil.'

It would later emerge that a hacker associate of Moore's would even steal images from victims' emails and phone libraries – often nude photos the victim had never sent to anyone before.

As one victim noted in the docuseries: "At this point in time, the Internet felt like this really fun festival. But Hunter Moore – he showed the world that the Internet is f**king permanent. And it has the power to ruin your life."

The victims – mostly all female – later said it wasn't just seeing their nude on the Internet that traumatised them. It was also the public comments left underneath their image. 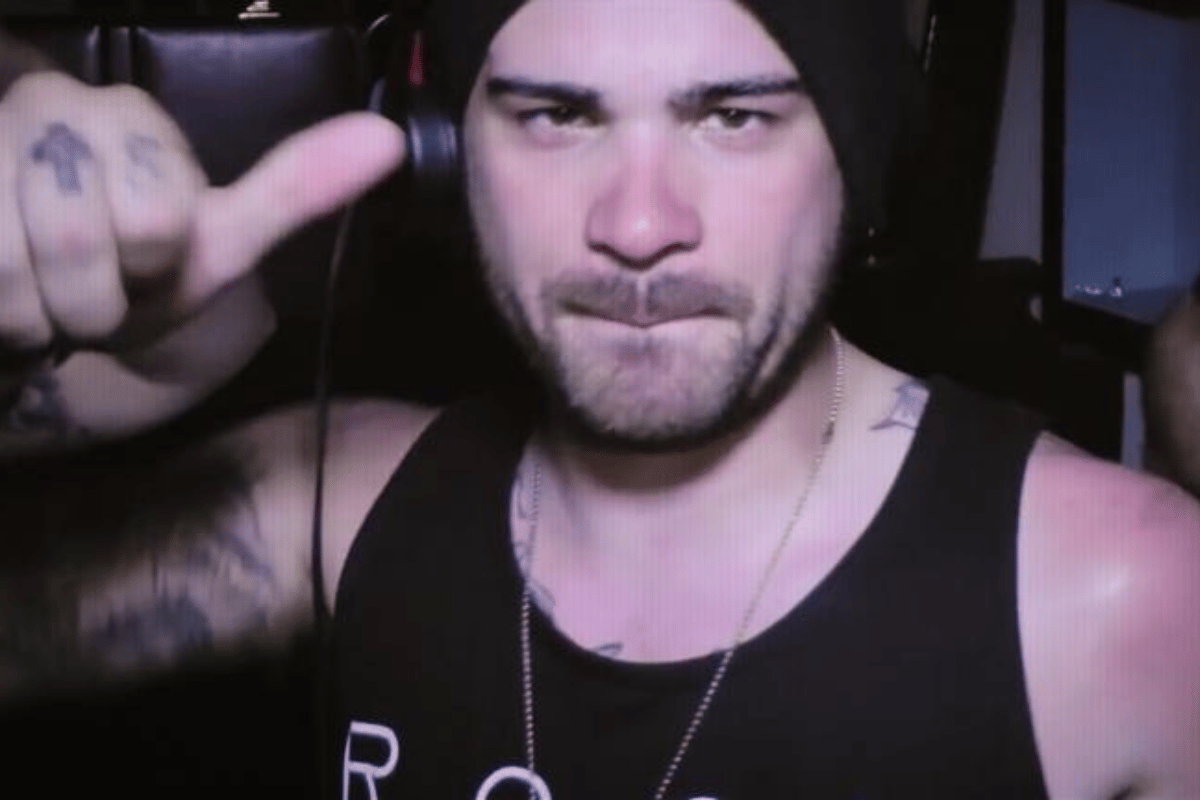 Soon after the site went viral, so too did Moore, with mainstream media publications and television networks deciding to interview him. Still, he faced very little repercussion.

By 2012, IsAnyoneUp.com was gaining traffic, meaning there was a growing list of victims. With a heightened sense of self-entitlement and no visible signs of empathy, Moore was becoming more and more dangerous.

"He loved the power he had over people. He was extremely talented at getting people's attention," one person said to The Most Hated Man on the Internet.

For the victims, it felt like a torrent of abuse and shame was piled on top of them, their pleas to Moore to take their images down falling on deaf ears. It wasn't just a violation. It was exploitation. And humiliation.

The Netflix docuseries focused on one victim's story in particular: Kayla Laws.

In 2012, her phone was hacked by an associate of Moore's, and a nude photograph she had taken of herself was published on IsAnyoneUp.com without her consent. She didn't know Moore at all, or his associate – she was a random person caught up in an evil man's twisted game.

Strangers who flooded her inbox with words of abuse and intimidation.

Because when Moore published the nude images of the women, he also published their Facebook profile, and even went as far as to sometimes publish their mobile number, age, their full name and parent's places of work. 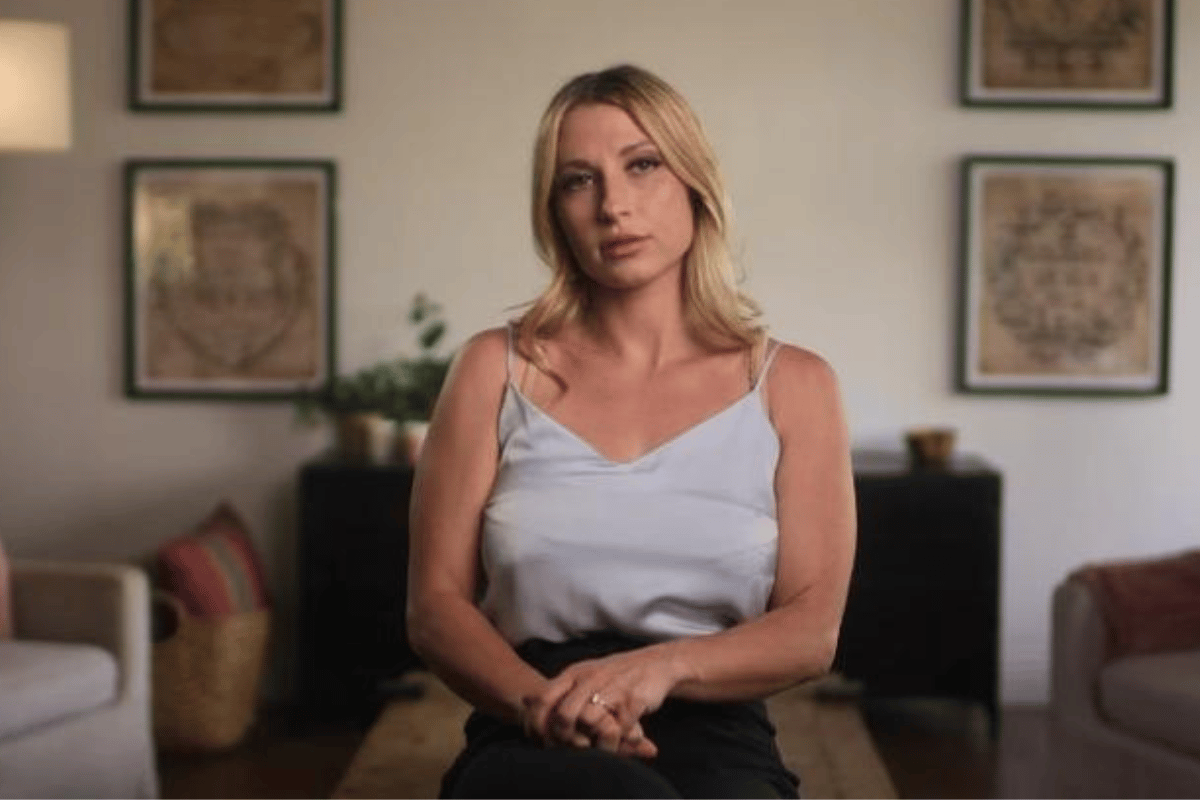 When Moore appeared on Anderson Cooper's daytime talk show, it gave Moore fame – but it also led to further scrutiny. People were turning on him, and he was slowly becoming titled as 'the most hated man on the Internet'.

"I went to his site and within ten seconds on being IsAnyoneUp.com, I just knew I really f**king hated the guy. It became my laser focus mission to completely destroy his life," McGibney said. "I wanted to intellectually mindf**k him."

McGibney had grown up in an abusive household, and when he came across the bullying and intimidation Moore was inflicting, he was determined to end it. And he had the skills to do it, as a former marine.

After working on cyber security networks for over 100 embassies across the world, McGibney used his tech skills to take down Internet bullies. He ended up overriding IsAnyoneUp.com with 'Bullyville.com' – a platform that offered support for victims of bullying.

McGibney wasn't the only one to fight back against Moore.

When Kayla Laws' mother, Charlotte, saw what had happened to her daughter at the hands of Moore, she wanted to take him down.

It was arguably her work and dedication that led to Moore being investigated by the FBI. Charlotte had got in touch with hundreds of victims, and collated a physical dossier of information and evidence that was several inches thick.

She then presented that to the FBI. 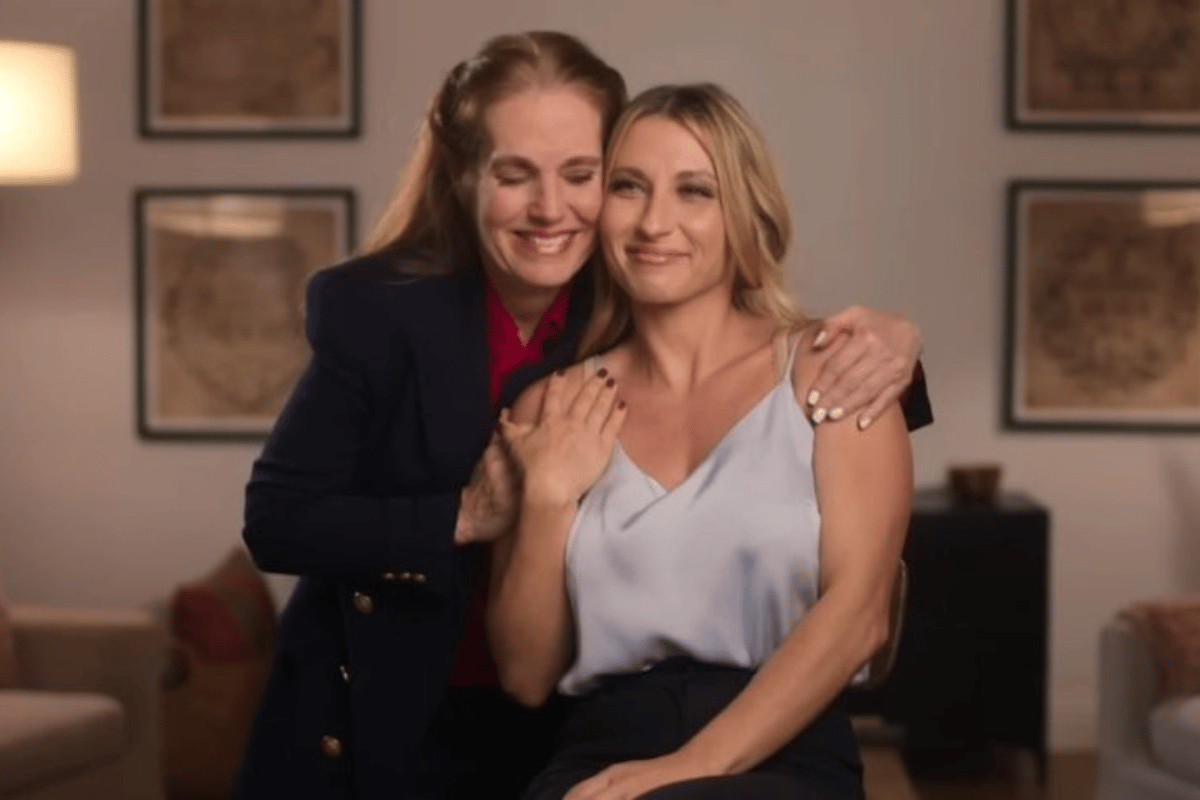 But even with his website down at the end of 2012, Moore didn't want to be stopped.

"He was travelling around big cities and DJ-ing and getting paid to get drunk and party with people. It still looked like he had won. He thought he was untouchable."

It was at this point that Moore decided to launch another website. He announced a new site in the works – a similar premise to IsAnyoneUp.com, but this time, there would be an added 'map' feature. This meant users would actually have access to the home addresses of the victims whose images were stolen -–meaning they could turn up at the victims' houses. It was a terrifying prospect.

But for Moore, he didn't care that lives were at stake.

As he said to one news outlet at the time: "If someone killed themselves over being on IsAnyoneUp, do you know how much money I'd make? The new site is honestly going to cause murders."

Unfortunately for Moore, he had pissed off the wrong people.

The famed hacker group Anonymous was brought into the picture, and they were going to take him down.

"Hunter Moore is coming back stronger than ever. This time he is taking it a step further and plans to list physical addresses next to the victim's pictures along with a map to their house. We will prevent these possible rape and murders as by-products of his site. We will hold Hunter Moore accountable for his actions," their statement read.

And indeed they did hold him accountable. They took down Moore's servers, wiped his data, wiped his backups, wiped out his social security number so he couldn't flee the country, hacked into his bank account and allegedly transferred his funds to women's shelters.

Finally, in 2014, Moore was charged and found guilty of hacking and identity theft, along with his accomplice Charlie Evans who did most of the hacking into the victims' email addresses to acquire nude photographs.

In the years since, Moore has kept a low profile – although he maintains that he doesn't regret creating IsAnyoneUp.com, is "proud" of his creation and that he would do it again.

For a man who called himself "a professional life ruiner," he had achieved his purpose.

"The Internet is pretty much a lawless world. It took a lot of effort, and it took a lot of years but we were able to bring Hunter Moore to justice in the end," Charlotte said. "It felt like a victory."

The Most Hated Man on the Internet is available to watch on Netflix.

If you have been a victim of image-based abuse, you can learn more and report here.

Reply
Upvote
2 upvotes
I really do wonder what is going on with people like this guy and that Tate person in the other article. Are they actually genuine sociopaths, with absolutely zero ability to empathise or feel remorse? Or are they just angry, spoiled, entitled men who feel "less than" in some way, taking their anger out on women?
L
laura__palmer 11 days ago

Reply
Upvote
4 upvotes
@rush I think they don't see others, especially women, as actual people. They don't have to empathise or feel remorse because they don't identify with the people they are hurting.
I was so disgusted by this man and the people around him. Glad I was older when this webpage came out and I could see it for what it was.
K
kelloneill 11 days ago

Reply
Upvote
2 upvotes
@rush I had the same thought. The psychology behind this behaviour is something that needs to be addressed more. The absolute absence of empathy and the desire to harm others is positivley terrifying. Were they born this way or abused themselves as a child? What Moore did and the atrocities that Tate is also running around committing are as alarming and disturbing as a serial killer. I don't understand why he only got a small sentence when he was not only causing people to consider suicide over his actions but also encouraging other disturbed people to hunt down the victims and commit all kinds of abhorrent acts. He's a menace to society and yet seemingly as free as a bird. Makes no sense to me.
J
jayled 11 days ago