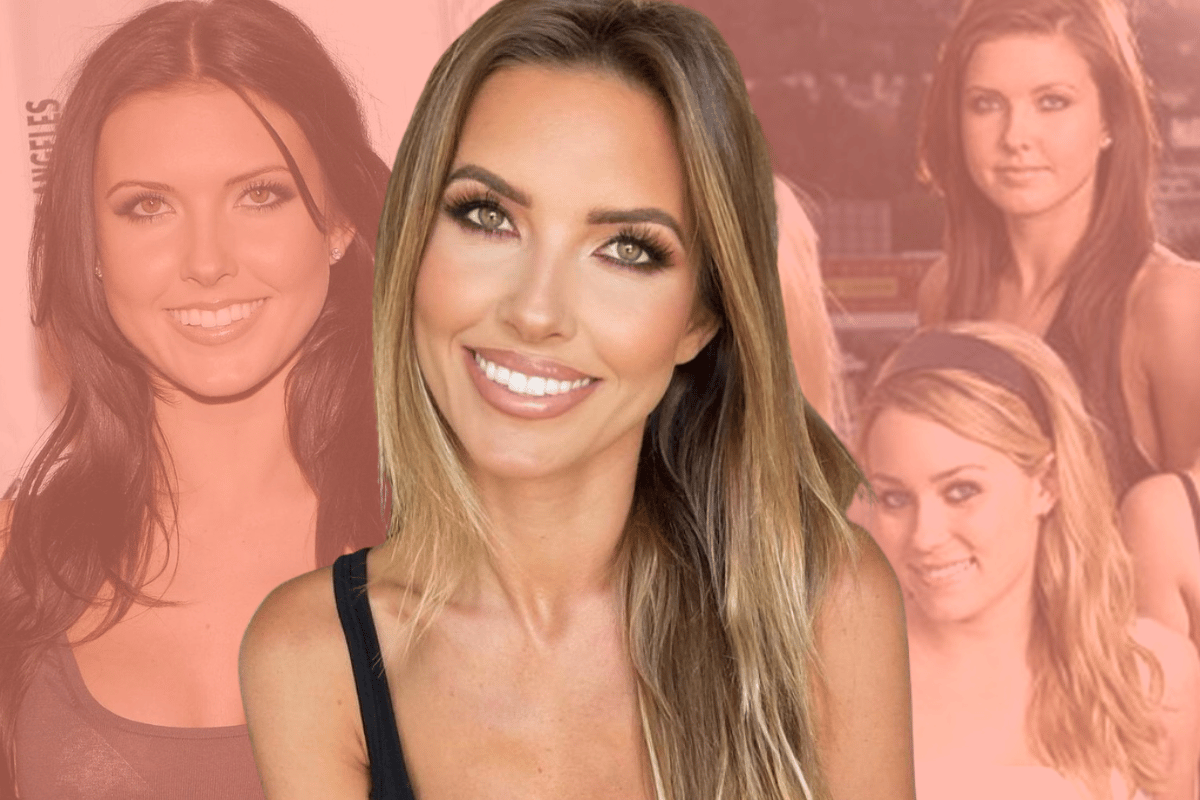 This story includes descriptions of domestic violence allegations that may be distressing to some readers.

Audrina Patridge rose to fame on the iconic reality TV series The Hills, which gave us a peak into the young elite in Los Angeles.

Patridge, Lauren Conrad, Heidi Montag and Whitney Port – to name a few – became household names because of their friendships, relationships and drama, which all played out on screen.

Now, it's been 16 years since the first episode aired in 2006, and the cast have their own respective lives now – although many remain in the public eye, including Patridge.

This week, she released a new memoir Choices: To the Hills and Back Again.

And it's full of plenty of juicy information now making headlines.

From her controversial relationship, to opening the lid on how reality TV is made, here's the six biggest revelations from the new memoir.

1. Audrina Patridge and many of her The Hills co-stars remain good friends.

It appears things are still peachy among many of the cast.

Patridge has said she remains close with many, including Whitney Port, Kristin Cavallari, Heidi Montag and Brody Jenner.

Patridge did say that some of the drama on the reality TV show was scripted by producers, meaning the fights she had with Kristin Cavallari wasn't very real.

"Kristin didn't want to wait around anymore, so she was there trying to calm me down enough to just film the scene and get it over with. We laughed about it off-camera, but on-camera, we yelled and glared and made it work," she said. 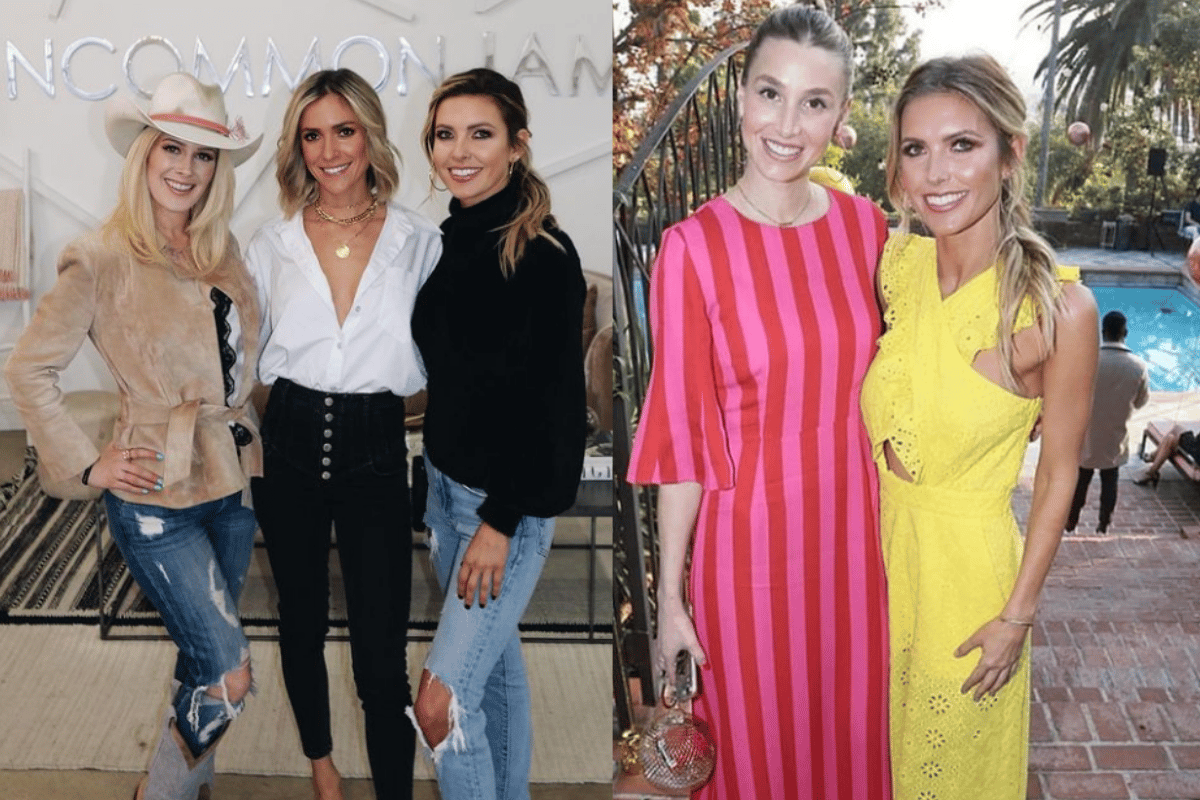 2. As for The Hills alum Lauren Conrad, things remain icy between her and Audrina Patridge.

Unfortunately, Patridge said that her friendship with Conrad didn't last the long run. In her memoir, Patridge suggested that Conrad "doesn't really talk" to anyone else from The Hills cast.

And according to Patridge, it has everything to do with Conrad's alleged "controlling" behaviour.

"There are reasons that she and I aren't friends anymore, and there was a lot of turmoil between us that we couldn't talk about on-camera at the time. It's what led to me moving out of the pool-house out back when I lived with her and Lo [Bosworth]."

She continued: "I also found her to be very controlling over her friends. If you're in her circle, you have to do and say what Lauren does or says. Otherwise, you're on the outs."

She did say though that their drama is now water under the bridge, with the pair both mums and older and wiser. 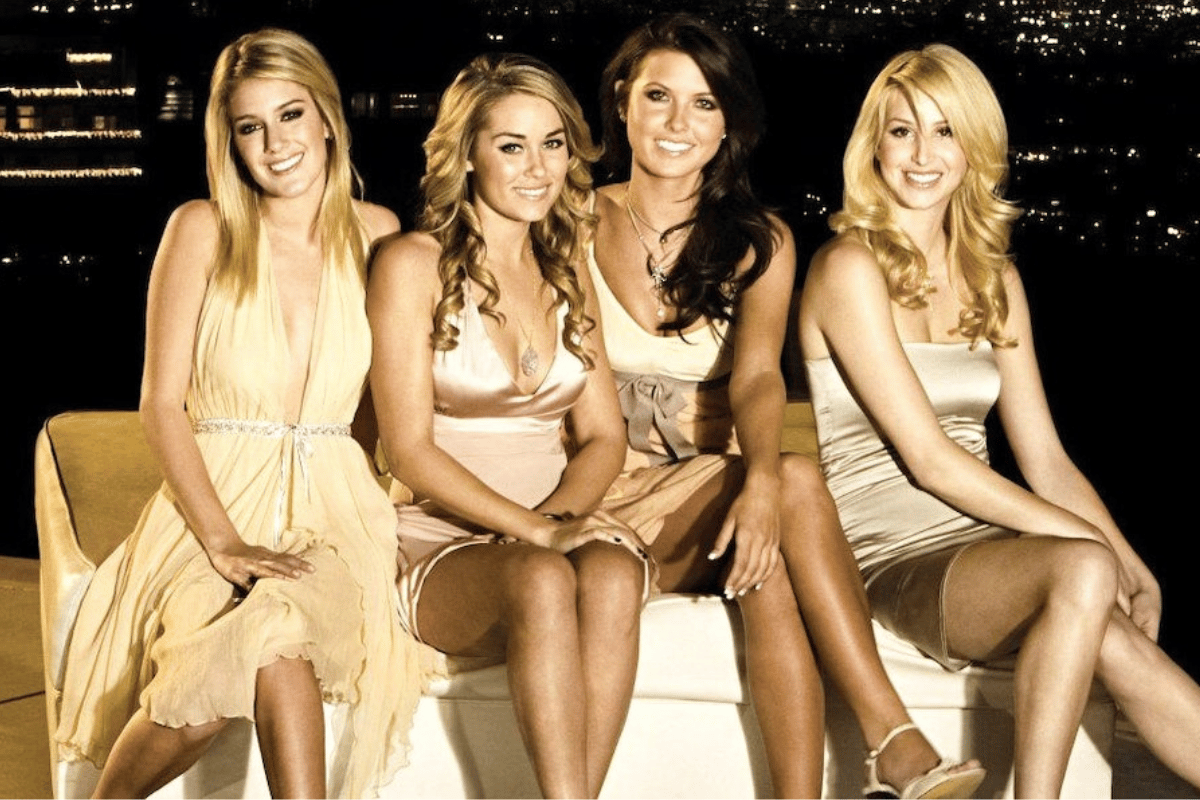 Lauren Conrad and Audrina Patridge in the centre. Image: MTV.

3. Audrina Patridge had some uncomfortable encounters with Justin Timberlake...

In 2007, Patridge along with her co-stars Lauren Conrad and Whitney Port presented an award for Male Artist of the Year at the MTV Video Music Awards.

Justin Timberlake happened to win that award, but looking back on the experience, Patridge said that Timberlake exerted "rude, diva behaviour".

"We were invited to so many awards shows, and even asked to present a few times. Whitney and Lauren were beyond excited when Justin Timberlake won, they were superfans. His wasn't my kind of music, so I couldn't have cared less, but I was excited for them," she wrote.

But once on stage, Patridge said the 10-time Grammy Award winner "wouldn't even come up to us and accept the award in front of a packed house".

What happened goes as follows: The Hills trio announce Timberlake as the winner, and musician Timbaland, who has produced many of Timberlake's hits, walks onstage. Timbaland grabs the award from the girls and insists on presenting it to Timberlake himself.

To finish off his speech, Timberlake then said to MTV: "Play more damn videos. We don't want to see the Simpsons on reality television, play more videos". It was a reference to the reality TV show with Jessica and Ashlee Simpson – essentially punching down at reality TV stars –  including the three girls on stage.

Reflecting on the event, Patridge said she and her co-stars felt "humiliated", labelling it a "personal attack". 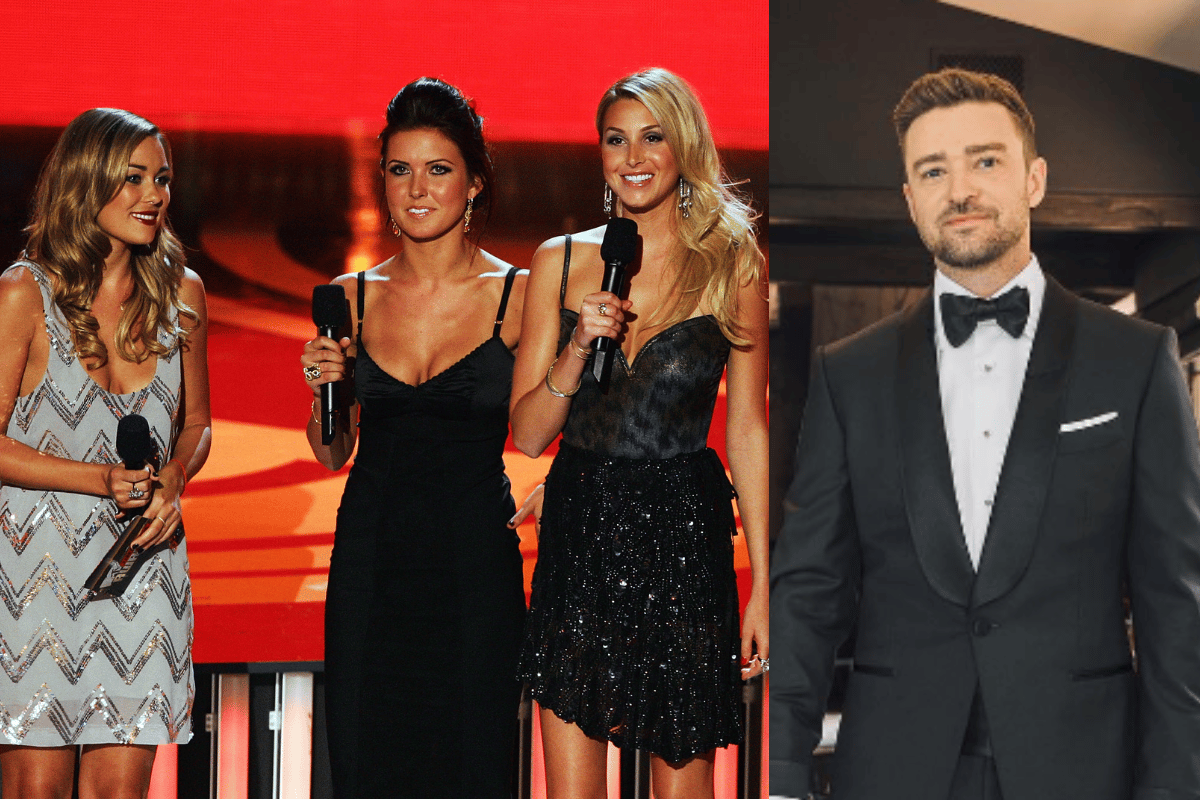 At the height of her The Hills fame, Patridge regularly attended parties at clubs across Las Vegas and LA. And on one of those occasions, she crossed paths with A-lister Leonardo DiCaprio.

"I was there with a few of my castmates, as well as Megan Fox and Brian Austin Green, and even Leonardo DiCaprio," she wrote.

"This bouncer kept coming over to me and saying that Leo would like to get me a drink at his table. I looked over at his table, and he was surrounded by supermodels. It was intimidating!"

When Patridge didn't go up to him, DiCaprio approached her instead. The two chatted for a while and "got to know each other". But Patridge said it didn't go further than that.

"He asked for my phone number, and we texted a little after the trip to Vegas, but we never actually hung out."

In the memoir she explained the reasoning behind this was likely due to their conflicting schedules and DiCaprio's serious attempts to ensure privacy.

"It just felt too tough to make anything work." 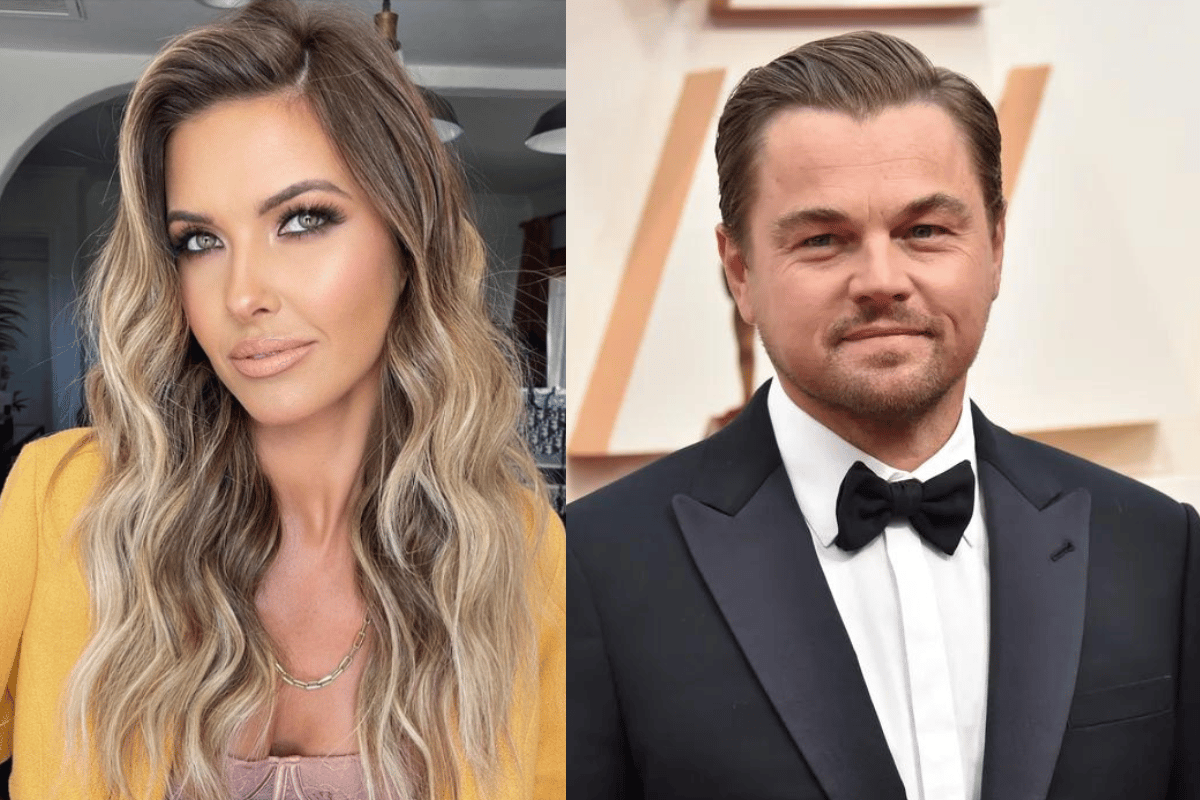 5. Audrina Patridge also had a thing with Chris Pine and Chace Crawford.

In 2009, Patridge was working on the film Sorority Row in Las Vegas where she met Chris Pine. The pair dated for a while, and they "really liked each other". But it soon fizzled out.

She wrote that it was to do with the paparazzi and their conflicting ideas on fame that hindered the relationship.

"He was an introvert, and very focused on his acting. He was a big up-and-coming actor with demands on his time, and it didn't seem like our lives were lining up, even though we really liked each other. I loved to go out, and of course I was usually filming The Hills, so our lifestyles were complete opposites in that sense," she said.

"With my filming schedule, and the fact that there was no way Chris would want to be on The Hills, I just knew that after a couple months that I couldn't date him. My life was the TV show, and there weren't enough hours in the day to do my job and find time to see him privately."

As for Chace Crawford, Patridge said they never formed an official relationship together, but that there were sparks from the moment they met. At the time they ran in the same social circle, and had a flirty chance encounter in Malibu.

"I ran into him in Malibu at a friend’s house, and what can I say – sparks were flying. We ended up staying there with our friend at this gorgeous mansion right on the beach for a long weekend, and we were just inseparable."

After spending time together, Patridge said they "really connected" and took their "friendship to another level".

When Crawford offered her a ride home from Malibu after the long weekend, Patridge turned down his offer – which looking back on, wishes she had accepted.

It wasn't long before Patridge resumed her on-and-off relationship with now-ex-husband Corey Bohan, who she shares a daughter with.

"A big part of me wishes I'd told Corey to kick rocks and just gone out with Chace," she wrote. "He's such a gentleman and so normal and kind. It would have been fun, if only I hadn't let Corey back in and screwed up our chance." 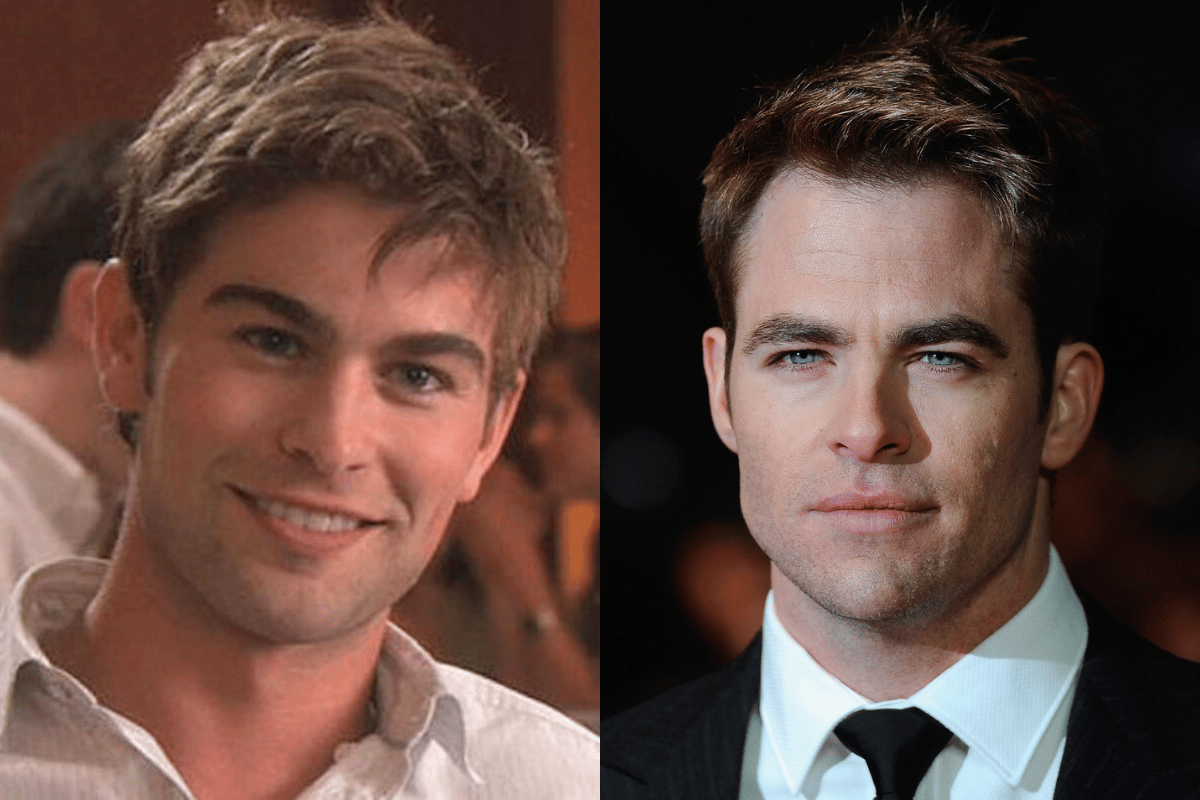 6. Audrina Patridge said that soon after marrying Corey Bohan, she regretted it.

Corey Bohan and Audrina Patridge were on and off for years.

In 2015, they were surprised when Patridge fell pregnant, and they welcomed daughter Kirra in 2016.

By the end of 2016, Bohan and Patridge were married. But it was a very fraught relationship.

Patridge said that Bohan initially refused to sign a prenuptial agreement, but he eventually agreed to. Her sister told her the night before that she didn't have to go through with it, and even when she was walking down the aisle on her father's arm, Audrina said she thought about running off.

She later said that she regretted the marriage.

"I knew he'd been cheating on me with random girls for years. I had stumbled upon naked pictures and dirty text messages in his phone; I had received tips and proof from strangers on social media; and I had heard it from his friends, who were there with him on the late nights and bender weekends," she said. 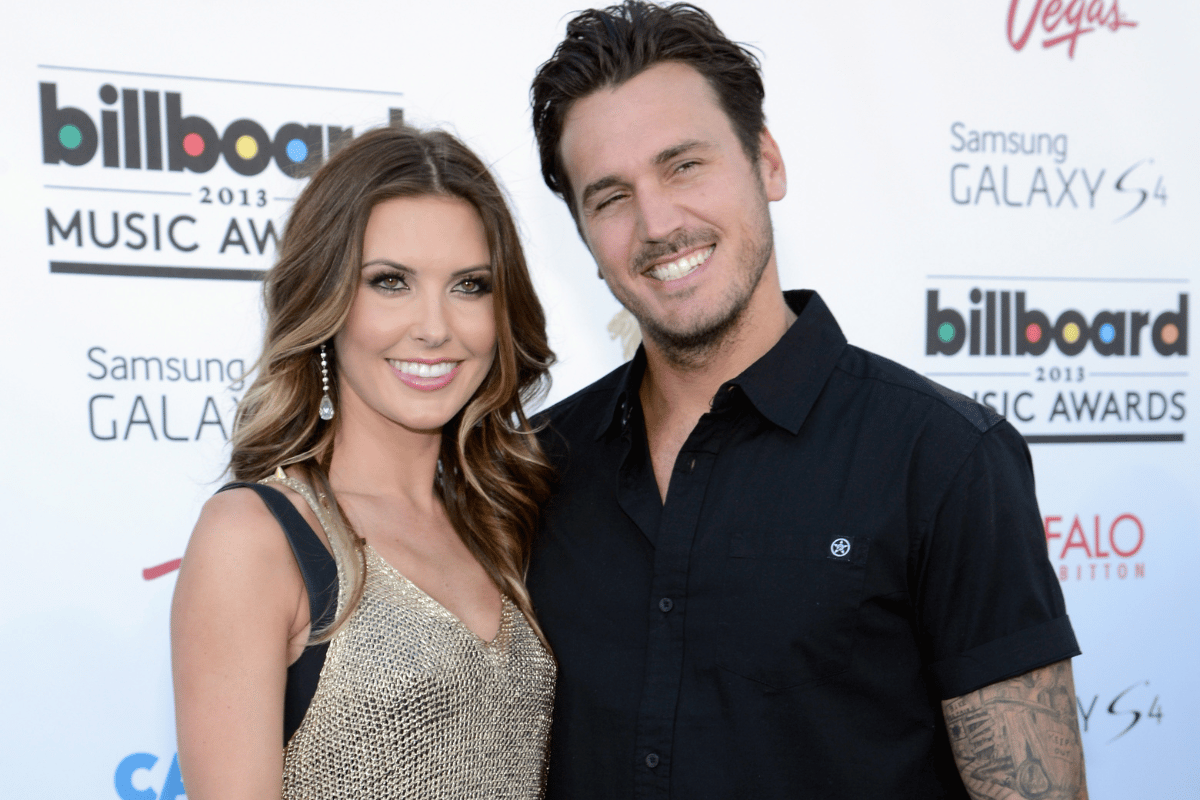 Corey and Audrina together in 2013. Image: Getty.

Patridge also alleged there were red flags from the beginning, with Bohan having a "jealous streak".

She also alleged that Bohan grabbed her at one point, leading to her obtaining a temporary domestic violence restraining order against him in September 2017, when she filed for divorce.

"He got closer and closer, his body changing as he got angrier. I took a small step forward toward the door, and he took a step toward me. Then he pushed me back with a hand on each shoulder. With Kirra in my arms. I stumbled backward, and, for a moment, I lost my breath from the shock."

She continued: "The entirety of my year-long marriage to Corey was essentially a long, hard road to divorce. I felt shattered to my core after years of manipulation and emotional abuse, and the idea of facing paparazzi and the public's inevitable curiosity just made the process seem ten times harder. But I was finally forced to say enough's enough and end my marriage."

Reflecting on her life now, Patridge said that she's in a much better place, loves being single, and focusing on her daughter.

"Writing a book has always been a dream of mine – it's vulnerable, it's real, and it's one hell of a wild ride."