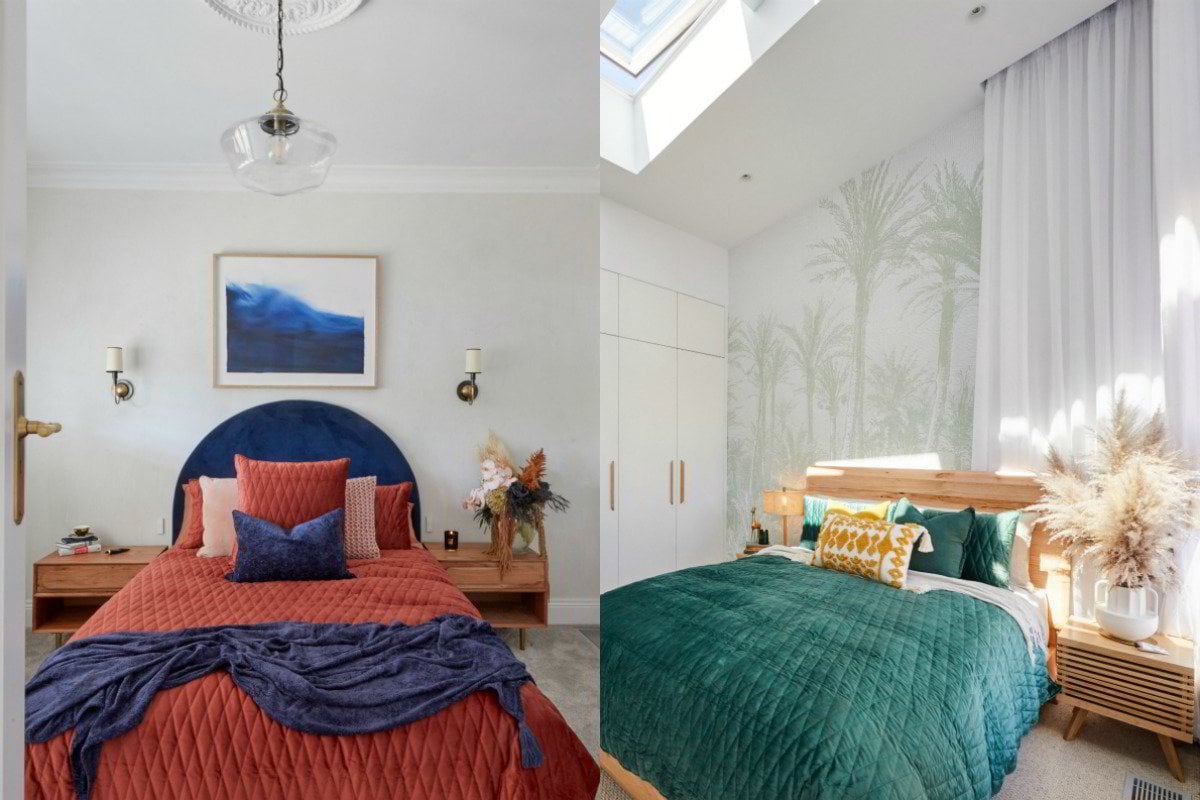 The first week of The Block 2020 is already done and dusted.

This season, the renovation reality show is based in the affluent Melbourne suburb of Brighton, where five teams have been tasked with bringing five family homes - from different decades - back to life.

For the first week of the competition, the five teams tackled their guest bedrooms to varying degrees of success.

Here are all the photos from The Block's guest bedrooms reveal:

First up are father and daughter duo, Harry and Tash.

The judges are impressed by how far Harry and Tash have come since their disastrous Beach Box reveal last week.

Neale says he is "blown away" by the improvement. He says the room feels contemporary but still "nods" to the 1920s. Overall, Neale thought the room was "confident".

Darren felt like the colour palette was right on trend and it was "very 2020".

Shaynna felt their guest bedroom was "spacious" and she loved the slippers which she thought were such a representation of the era. However, she thought the carpet was more "office" than "luxury". 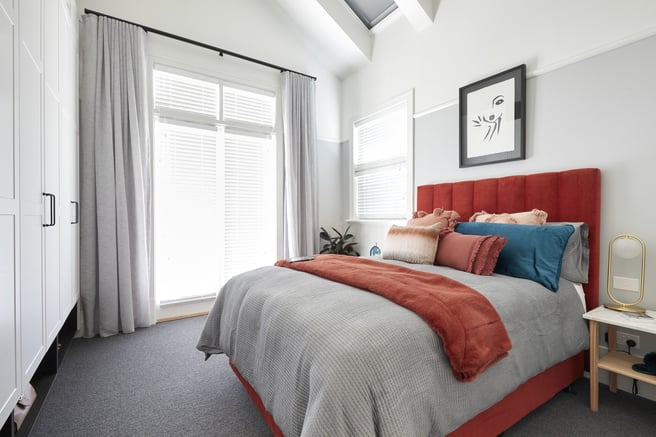 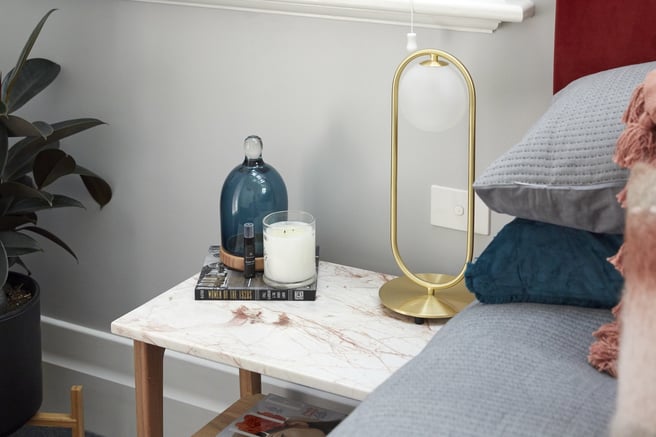 The side table. Image: Channel 9.

The judges thought Sarah and George's guest bedroom in their 1940s house was a "good start" with "lots to improve on".

Darren loved the colour palette, and the ceiling rose. Neale thought the room was "generous" but "dull" and he wasn't a fan of the light.

Shaynna felt like they had created their own version of the 1940s and hadn't incorporated the "beauty" from the rest of the house. 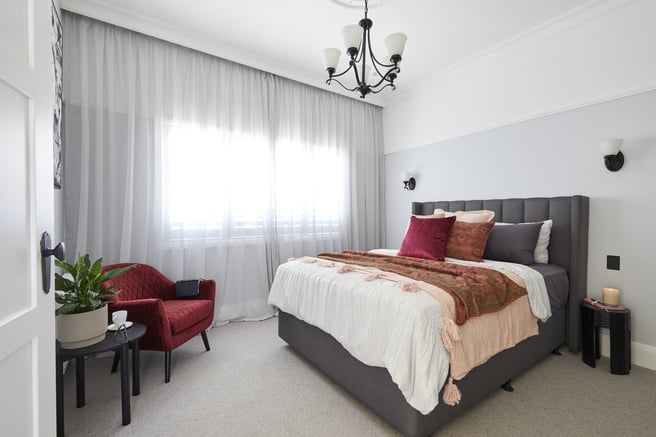 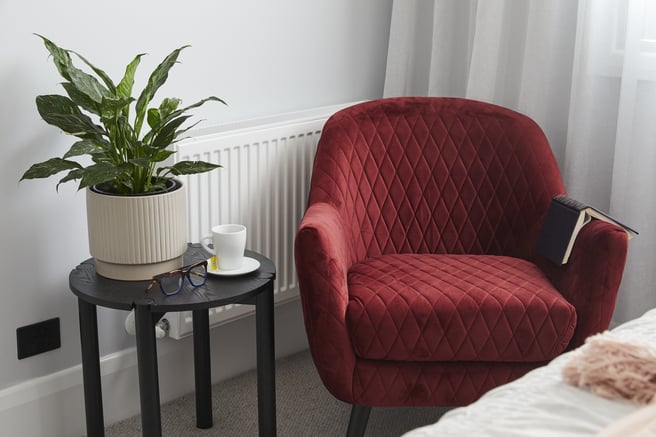 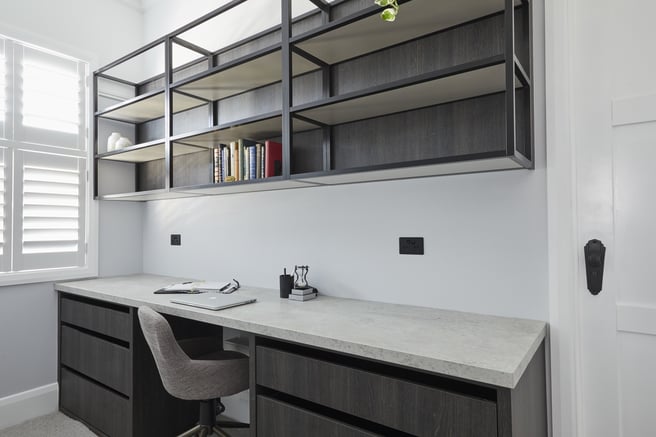 Overall, the judges were impressed with Daniel and Jade's guest bedroom. They felt they had done their research and executed the 1930s details well.

Darren loved the ceiling rose and the pendant light that Jade had discovered in the house earlier in the week and repurposed.

Neale thought it was a "very pretty" room, and he loved the light in the room. Shaynna loved the Asian details in the deco pieces but felt the plantation shutters did not suit the era. 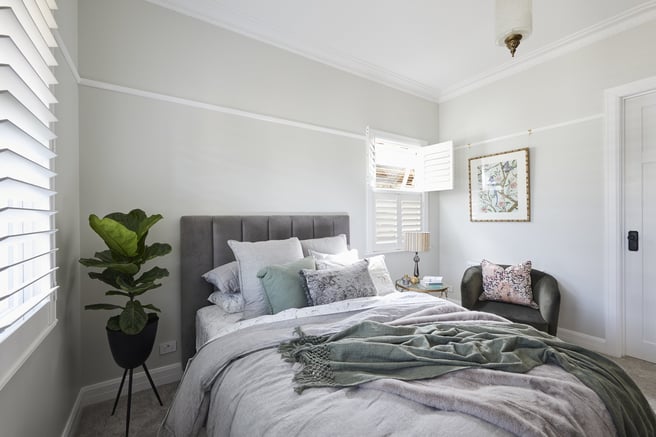 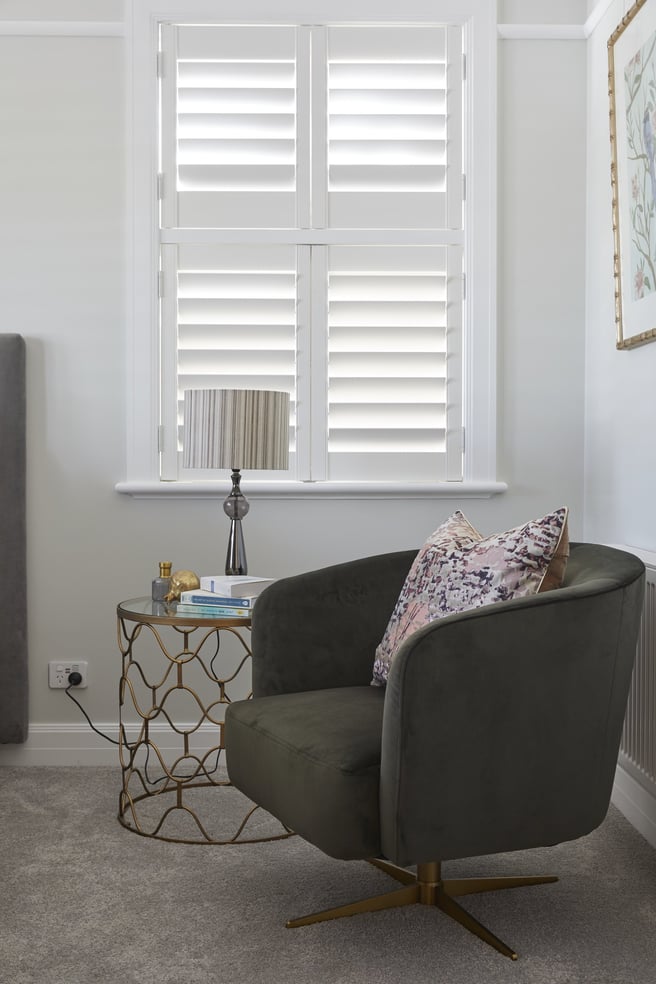 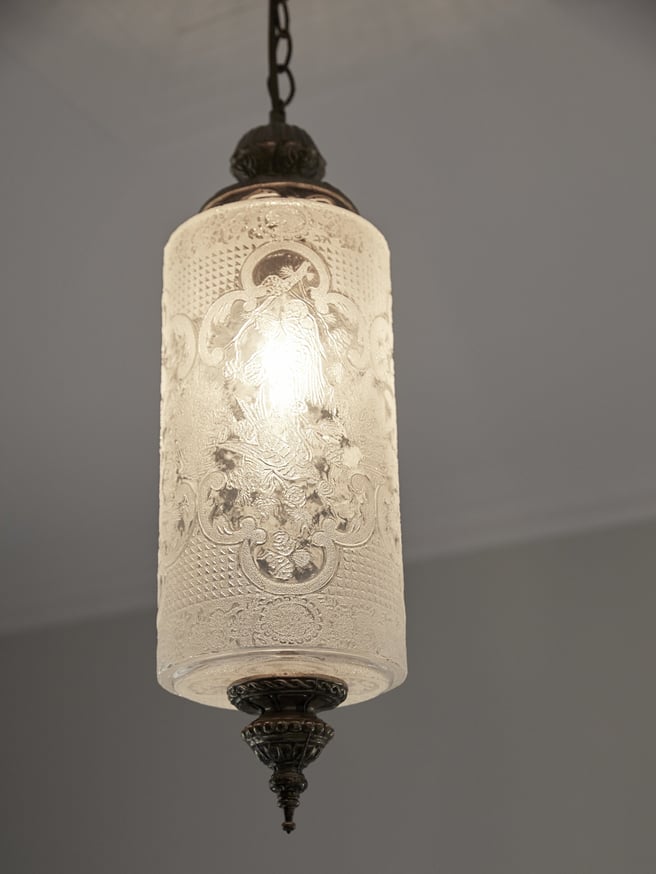 The judges felt that Luke and Jasmin missed the brief on their 1910s guest bedroom.

Neale said it was a "lovely room" and he liked the colour palette, but there was no real sense of the decade.

Shaynna thought it was the least relevant room to its era they had seen so far.

Darren felt like it was a "fair interpretation" of the era but Shaynna disagreed and thinks "it is a crying shame". Shaynna said the room is "confused with what it wants to be".

In the end, the judges agreed the room was lacking. Neale said they could have incorporated a few ferns and immediately sent out a different message. 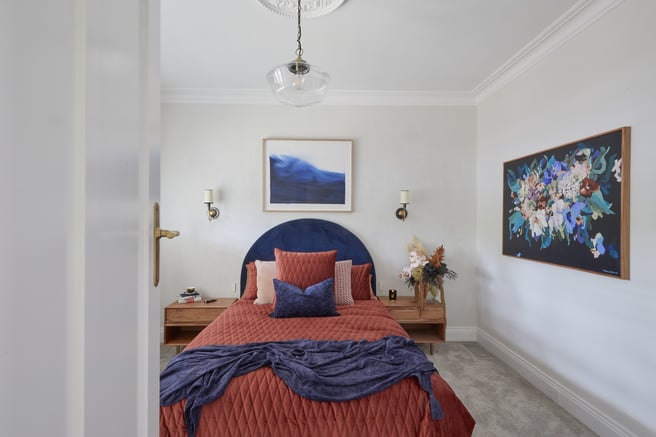 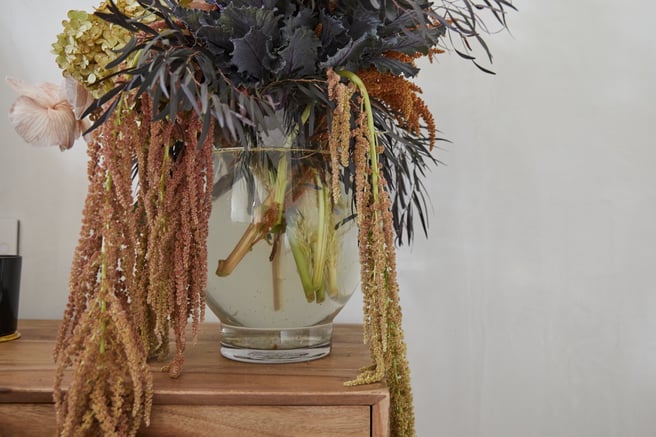 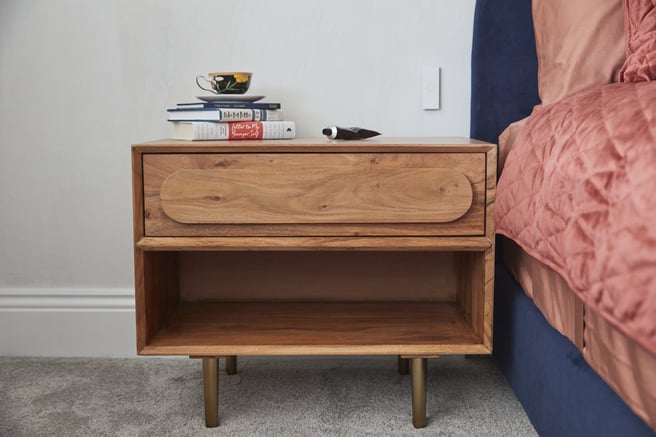 The side table. Image: Channel 9.

The judges loved the styling of Jimmy and Tam's guest bedroom.

Darren said he walked into the room and had an "evident powerful emotional connection" and he's "in love".

Shaynna did a little dance. The judges loved the secret door to the ensuite.

Neale said it's not what he thought this house would be but he "absolutely bloody loves it". 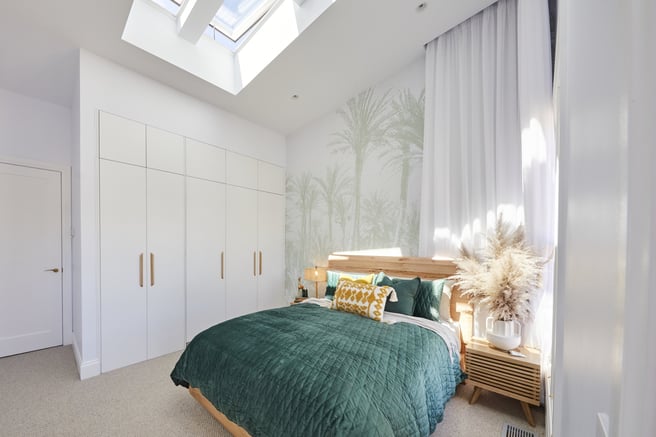 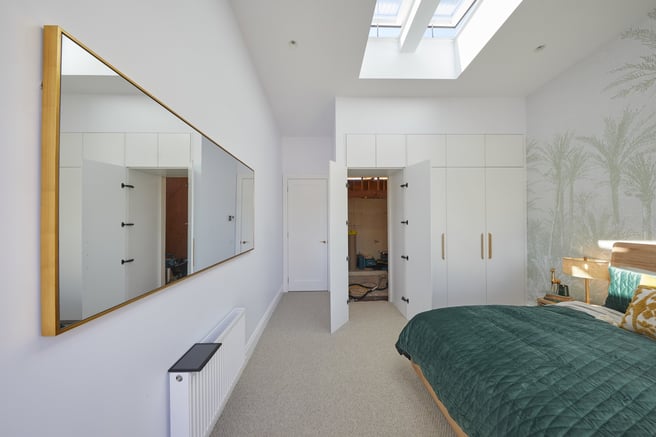 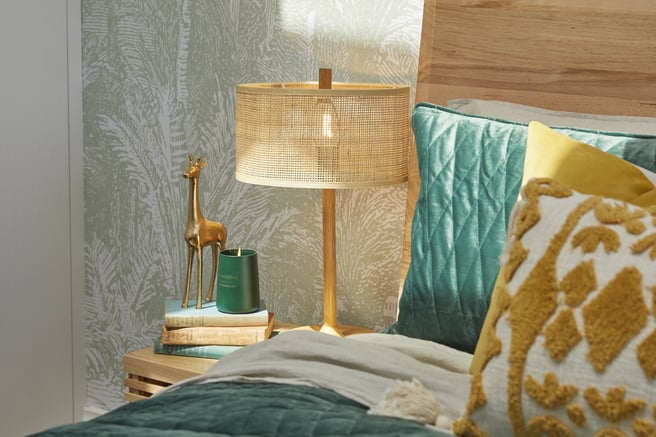 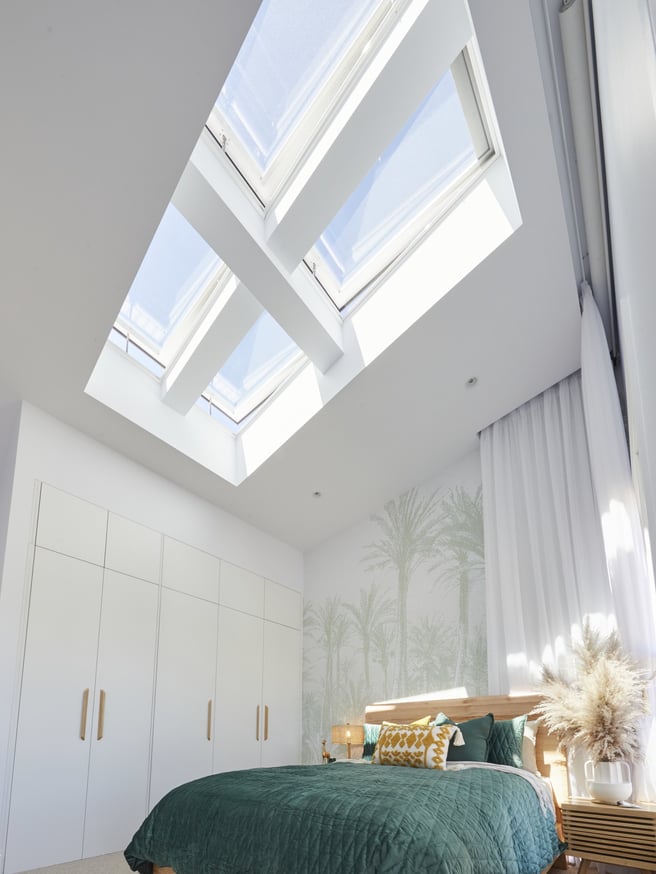 The judges' scores are tallied, and Jimmy and Tam win the challenge.

Next week, the teams will tackle their guest ensuites.

The Block continues on Monday night at 7.30pm on Channel Nine.

Reply
Upvote
The contestants in this show have been gifted these houses to renovate and basically the main brief was to honor the decade in which they were  built.
A bit of research and some humility is all they needed.
I ( like many viewers) would have loved the 1910 house.
This was from the post-Victorian era with hints of Art-Nouveau and The Pre-Raphaelites.
That pendant light would have blended nicely actually but I don't begrudge how it's being used now.
I'm just a viewer but I'd love to think that the woman who's insisting adding contemporary touches to that house that aren't the obvious modern cooking, air-conditioning, home-theater/sound-system items will eventually respect the period and bring that home some much-needed romance & charm.
R
rush 2 years ago