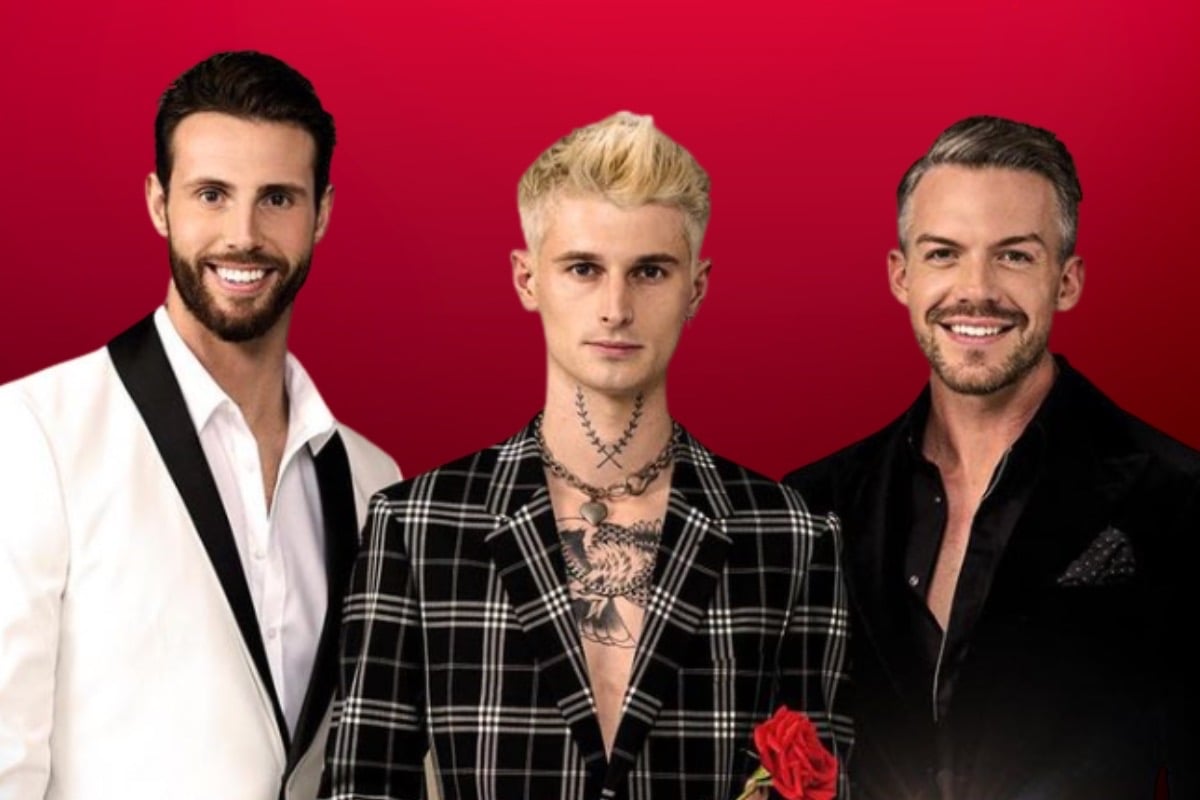 For months there were rumours The Bachelor Australia would be getting a massive revamp. And indeed, it proved to be true!

Initially, it was revealed by Megan Pustetto on So Dramatic! that we would be getting two Bachelors this season, and perhaps no Bachelorette. And then reports came out that we may be getting another Bachelor added to the mix. Because why have two, when you can have three...

So in May, Network 10 told us to expect an update on The Bachelor Australia. And on The Project, they cleared up all the rumours and actually confirmed the news to be true – we are getting three for the price of one this season, set to air later this year.

Watch: But remember when we had two Bachelorettes? Post continues below.

On The Project at the time, Osher said: "It's our tenth season of The Bachelor Australia, so we're so excited. We're doing a world first. No one else has ever had three Bachelors, and so therefore the way it works and the way everyone gets to know each other is very different this year – but you will see that as we go!"

Here's everything we know so far about the season.

It's filming on the Gold Coast.

Of course, reality TV news sites, such as The Wash, have already spotted many of the dates taking place recently, with filming underway on the Gold Coast.

"It's already been fascinating," Osher said. "We've been going for a little while now. Not only did we have to go to head office to say 'can we have three Bachelors?' – that was easy. But we want to do it without candles and without fairy lights. That was a meeting we had to get."

No candles and no fairy lights? Groundbreaking.

But the fact the show has been moved to Queensland came at great delight to Premier Annastacia Palaszczuk.

"The Bachelor and the Gold Coast is a perfect match," the Premier said. "Production of this reality TV series will create around 80 local jobs and contribute an estimated $4.1 million into the Queensland economy, with flow-on benefits for our hospitality and tourism sectors."

"And fans of The Bachelor will not be disappointed by next season’s single and group dates, which will showcase the most idyllic Queensland destinations – from white sand beaches, to lush national parks, local wineries, and intimate fine dining. We gladly accept the rose."

Felix is a pro basketballer, Thomas is a former restaurant manager turned fitness icon and Jed is a drummer/musician.

When asked by Peter Helliar why he decided to go on The Bachelor, Felix (basketballer) gave the most perfect cookie-cutter response you could ask for in a sports reporter voice.

"I wanted to jump in because I think I might have been born ten years too late. I don't use the dating apps, I'm not big on social media, I like talking to people face-to-face and we have no shortage of that [on The Bachelor]. So I'm really just enjoying having proper, one-on-one time and dates and getting to know people rather than just the Instagram DMs and all that stuff."

Jed – but we must refer to him as Machine Jed Kelly because wow the similarities are uncanny – was then asked if he would be relying on a kick-a** drum solo to woo the ladies.

"I don't know – it is one way to break the ice, but when you're standing next to two of the biggest and best-looking blokes in Australia, I need to pull something out of me [sic] pocket," he said.

As for Thomas (who has a phenomenal Italian accent) he said he's still getting to know the ladies, but it's on the right track.

"I expect things to get a little bit more loose and hotter in the coming weeks and maybe even more romantic." 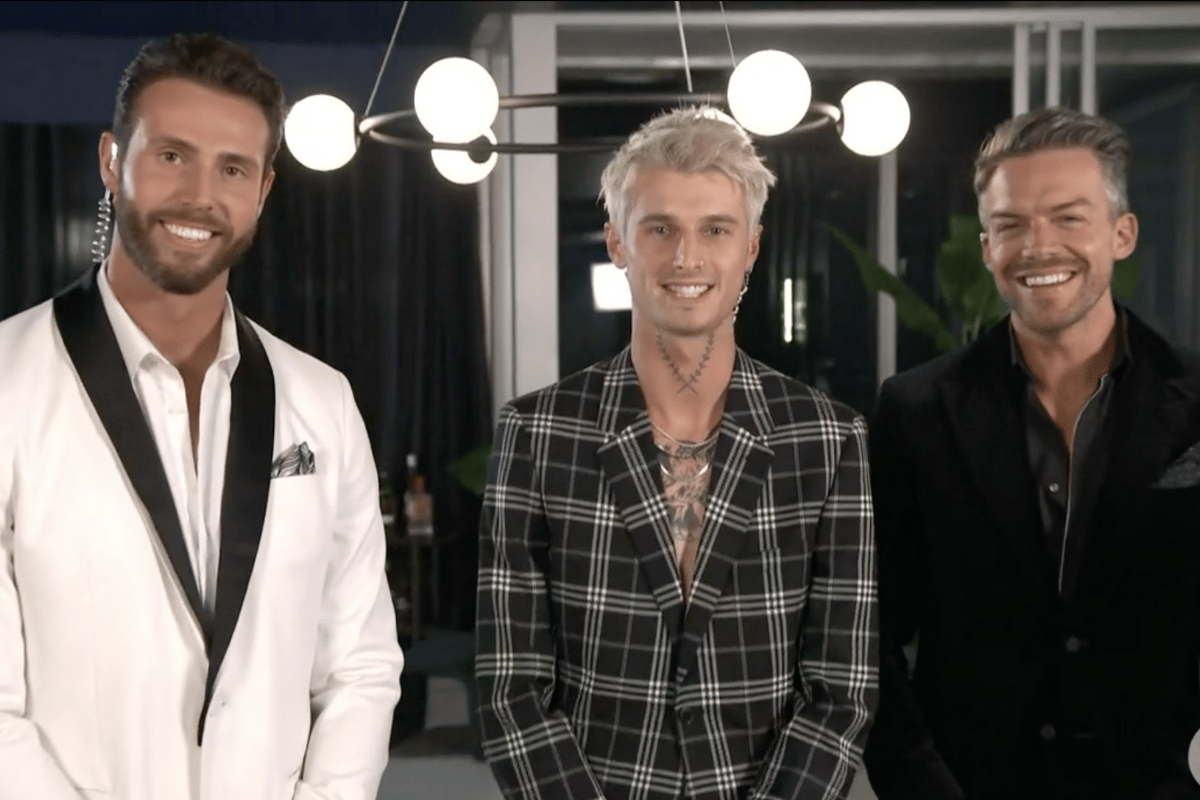 From left to right - Felix, Jed and Thomas. Image: Network 10.   It's a big shakeup for the franchise, and it comes after the show struggled with ratings in Jimmy Nicholson's 2021 season, along with Brooke Blurton's season of The Bachelorette.

As for what the season properly has in store for us, it looks like things are shaking up.

Prepare to see more similarities to the US version.

So Dramatic! reported there will be no red carpet, just first dates, with the source saying the suitors get to decide on where the date will be and what they will be doing together, and they can choose to go anywhere in the country.

In what perhaps is the best news for series, the new season of The Bachelors will apparently be introducing a popular US franchise addition: the fantasy suite. This is where the final three female contestants often get the chance to stay the night with the Bachelor. And with that in mind, sex is often on the cards – which almost always does great things for reality television.

And in a new teaser from Network 10 this week, we saw engagement rings. Yep. ENGAGEMENT RINGS.

Because nothing says committing to a lifelong partner like spending three months dating a guy who is dating a dozen people, only for you to be miraculously picked and proposed to at the end. 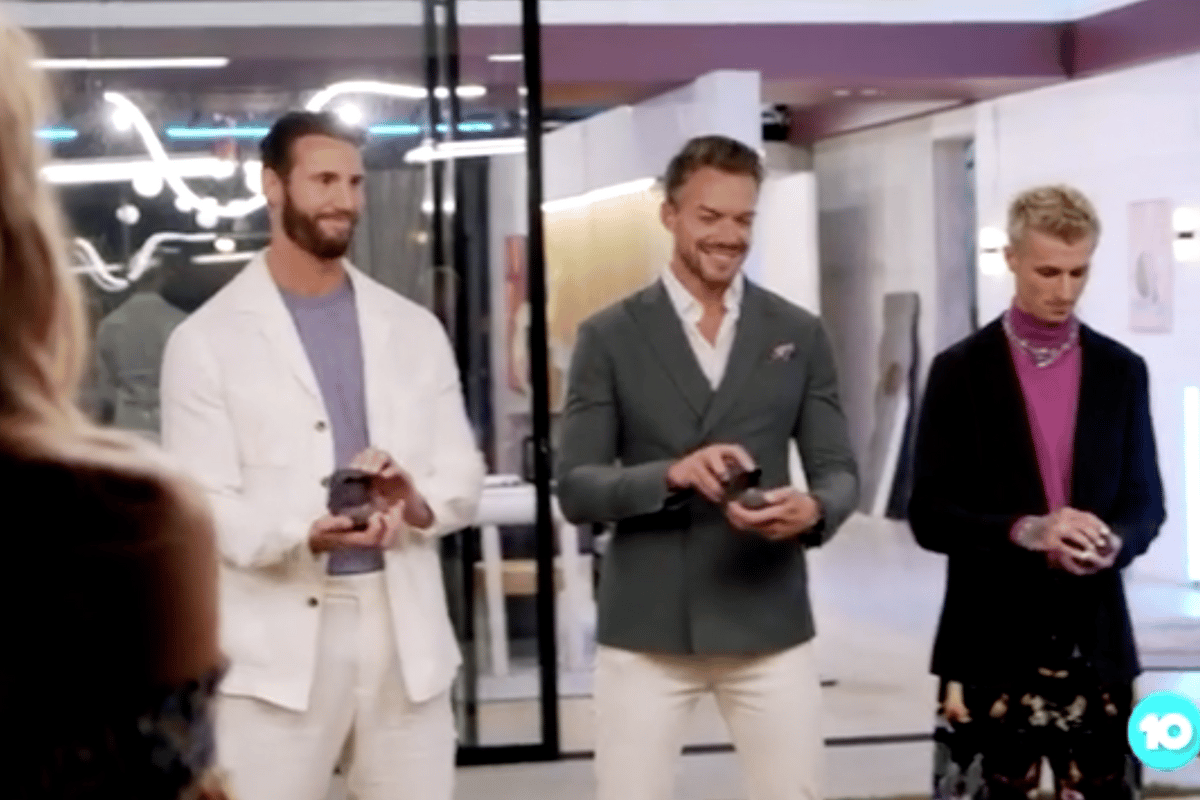 Right now, all three men's Instagram accounts are on private, but once they've been presumably deep cleaned by producers, they'll be good to go.

Something to point out, however, is the fact there have been calls for The Bachelor Australia franchise to be more diverse with their casting. Brooke Blurton's season was great in its representation of First Nations People and the LGBTQIA+ community.

And given there isn't much diversity among these three men, we'll have to wait and see how audiences react to that.

Here's what the reaction has been so far on Twitter:

the bachelor australia: we are gonna shake things up this year!!!

Reply
Upvote
So.. where’s the diversity? Is that meant to be the MGK lookalike? Confusing.

Reply
Upvote
1 upvotes
@taintedblackcat  I choose to believe that the diverse men out there have more sense than to be involved in this show! 😆
It will be interesting to see the women chosen, will there be any diversity at all, or will it be the usual crowd of influencer wannabes?
T
taintedblackcat 3 months ago