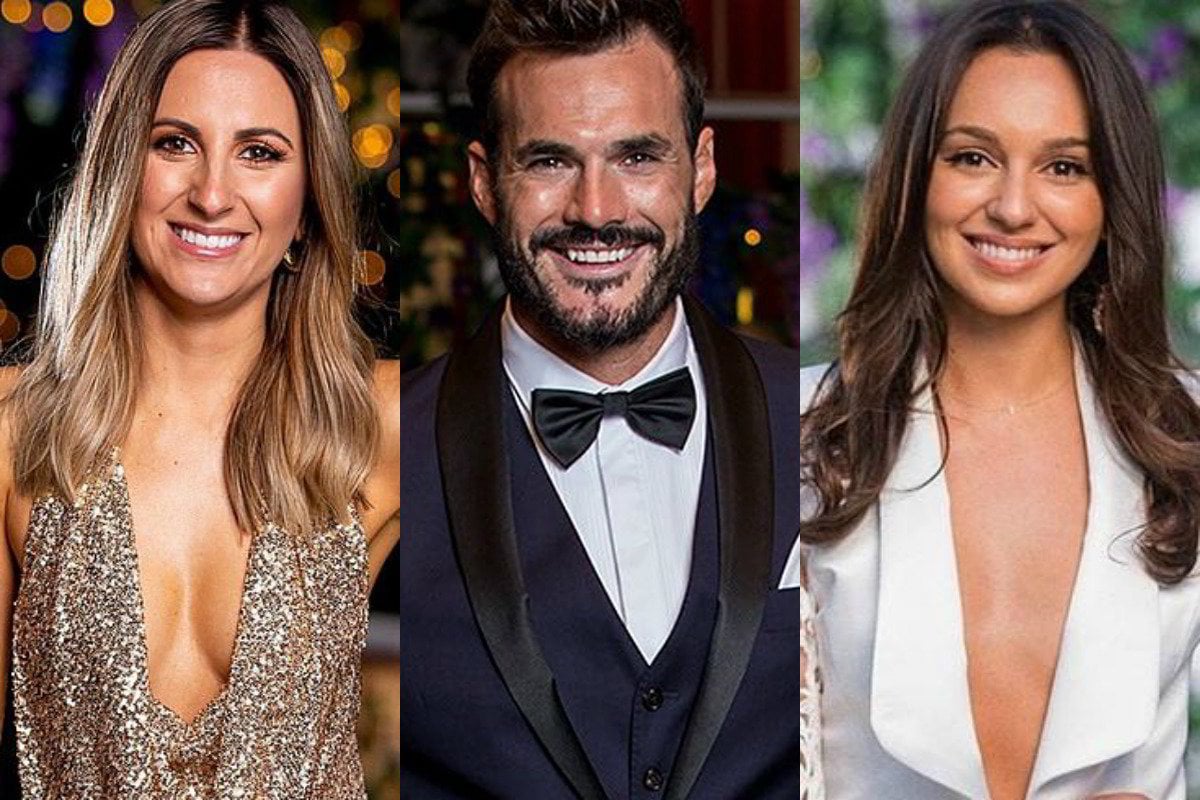 There are some names from The Bachelor franchise that conjure up very specific memories for us.

Within six to eight weeks of watching these people on TV, we became heavily invested in their stories.

WATCH: Our first look at The Bachelorette. Post continues below.

We just wanted Nikki Gogan to be happy. We were heartbroken when Richie didn't choose her in the finale.

After he was dumped by Georgia Love on The Bachelorette, we needed Matty J to get his happy ending on his season of The Bachelor. We thought him and Laura would be perfect together.

Heather Maltman represented every "cool girl" who had ever been friend-zoned by the man they were interested in.

Tim Robards, our first Bachelor, was looking for love on TV before Instagram influencers even existed and we quickly become whole-heartedly invested in his search.

Brittany Hockley and Sophie Tieman drew the short straw with the Honey Badger as their Bachelor, but their resilience and female friendship won the day.

Sam Frost was not only dumped by her Bachelor Blake Garvey, but her relationship with her winner on The Bachelorette didn't last. We've followed her story ever since.

These are the people who have kept us coming back to the franchise time and time again.

Sure we come for the drama and the gossip, but we stay for the genuine connections and the likeable characters.

In Australia, we have a track record of our Bachelor and Bachelorette contestants actually finding true love on the franchise and we have the Bachie babies to prove it.

As an audience we're yet to become completely disillusioned by the concept of finding love on TV, and underneath all the juicy gossip and shareable memes, we're still ready to believe in the fairytale.

That's what this season of The Bachelor mis-judged.

We wanted a 2020 version of what we already loved about the franchise. A likeable larrikin of a Bachelor, a relatable woman who didn't feel the need to get involved in the drama in the mansion, a truly diverse cast which reflects the world we're living in, and just a sprinkling of drama and gossip to keep us on our toes.

LISTEN: The moral compass on this season of The Bachelor. Post continues below.

Instead, we were given a Bachelor who seems to be dating every second woman in Australia. From the moment we were introduced to Locky, who had already been on two reality TV shows, it was hard to invest in his story.

He seemed too polished. A little too excited for his new slot on prime time TV. Soon the rumours began circulating about all the women Locky was allegedly dating before, during and after filming.

Then the season premiered and that sprinkling of drama and gossip we were hoping for was more like a downpour.

The season kicked off with a red-haired woman accusing a woman of colour of discrimination. Soon two very clear groups formed in the mansion and the bullying and ostracism that followed was reminiscent of year 9 at an all girls' school.

As the season continued, the drama and the gossip - both inside the mansion and in the outside world - escalated and one by one the contestants stories became more about their relationships with the other women in the mansion rather than with Locky.

By week six even the 'wifeys' - Bella and Irena - were publicly fighting with each other.

With so much drama going on in the mansion, we didn't really get to know a lot of the women's stories. Steph came and went with just a few minutes of screen time here and there. We're yet to learn much about Izzy.

Now we're one day away from the finale and we already know how it's going to end. And we're half-heartedly invested in the outcome at best.

There's no doubt it would have been difficult to produce a reality TV show in the middle of a pandemic and going in we knew this season was going to look a little different.

But somewhere between Channel Ten giving one of their own stars another platform, and fueling the tabloid headlines every week, this year The Bachelor lost a bit of its magic and spark.

It will be interesting to see whether we all still tune in next year when (hopefully) we won't be spending as much time inside our own homes, in front of the TV.