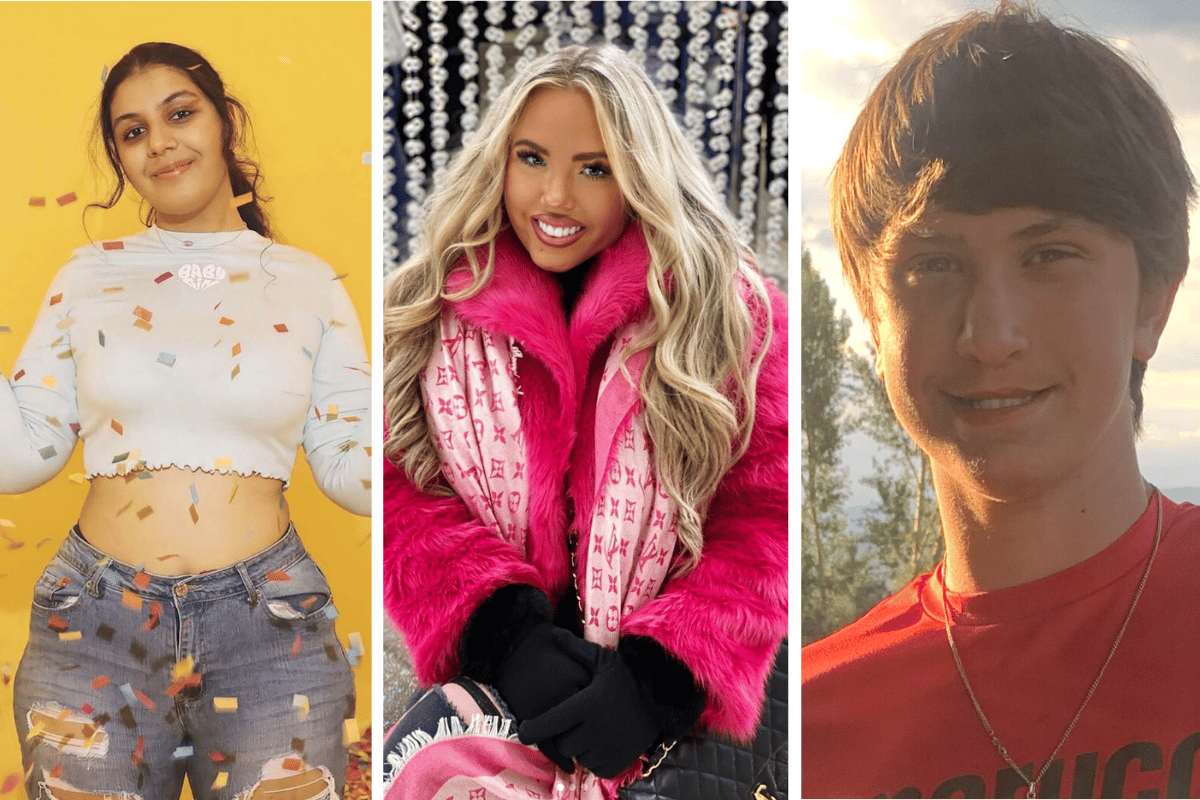 A ninth person has died following the Astroworld Festival in the US state of Texas.

Grammy Award-nominated singer and producer, Travis Scott who is also the partner of Kylie Jenner, was headlining and performing at the time of the disaster. He has shared his devastation and is cooperating with authorities.

Houston Fire Chief Samuel Peña said the crowd pushed toward the stage around 9:15pm Friday (local time) while Scott was performing on stage.

Minutes later, the chaos was declared a "mass casualty incident."

According to the Houston Police Department, the matter is now under criminal investigation.

The victims from the Astroworld disaster are between the ages of 14 and 27.

A nine-year-old boy has also been left in a medically induced coma after attending the festival with his father.

Treston Blount was carrying his son, Ezra Blount, on his shoulders when he began to be "crushed" and passed out. When he woke up, his son was nowhere to be found.

Ezra was eventually located at Texas Children’s Hospital after he suffered severe swelling in his brain and organ injuries. He was placed in a coma to help reduce the swelling.

"He’s made it very far. The doctor the first day told us that he wasn’t expected to make it after the day, but it’s how many days after, so I know he’s fighting in there," said Taylor.

Here's what we know about the nine people who tragically lost their lives. 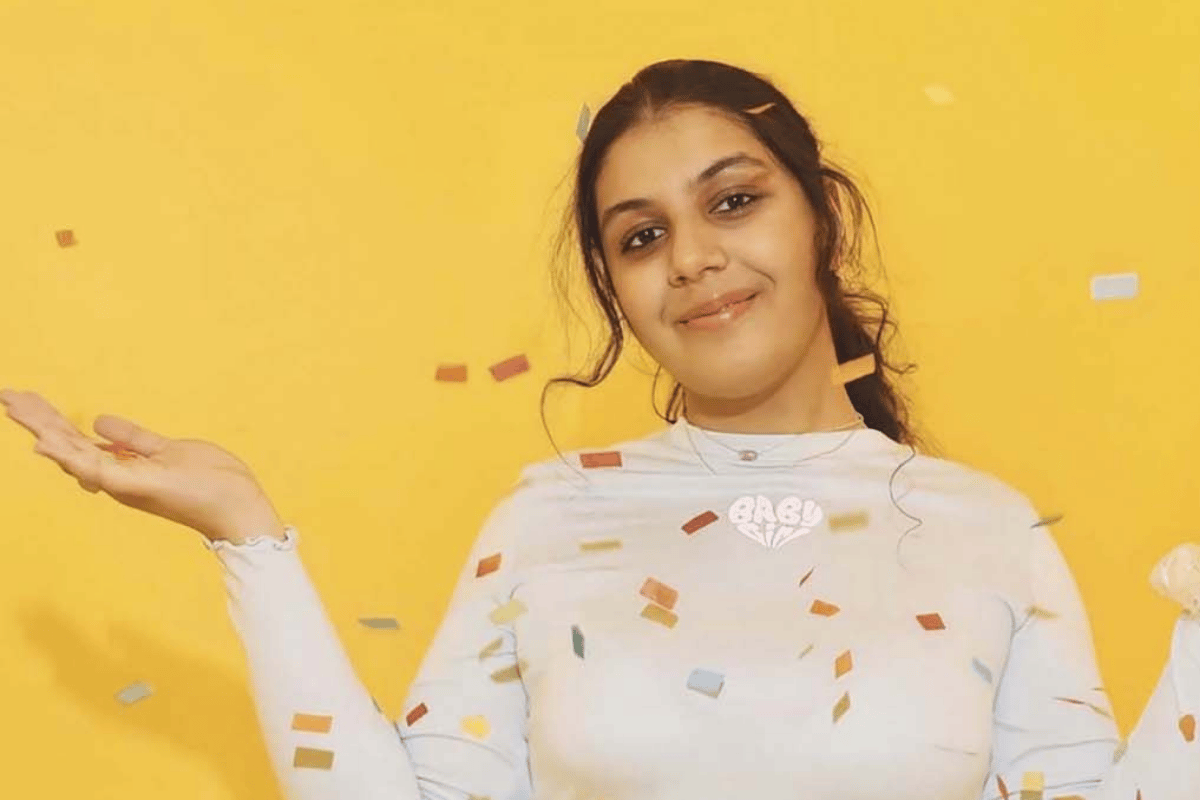 Texas student Bharti Shahani is the latest person to have died, the death toll from the Festival has now risen to nine.

Shahani passed away in hospital, succumbing to her injuries.

She suffered several heart attacks and lost oxygen twice, according to her cousin, Mohit Bellani.

"I think she lost oxygen for 10 minutes one time and seven minutes at another time. So her brain stem was swollen to like 90 per cent almost," Bellani said to ABC13.

Shahani was a computer science student at Texas A&M University. She went to the event with her sister and cousin who survived and said the barricades essentially trapped festival-goers and stopped them from being able to escape.

"If they hadn’t packed us in with barriers on all three sides, maybe this wouldn’t have happened," Bellani said.

Shahani’s family lawyer spoke at a news conference and said the family want to make sure the right people are held accountable to the deaths of the attendees.

"Having more security, having exits. A lot of things that could have prevented that. It’s really no excuse for it. It’s a lot of disappointment because it could have been prevented." 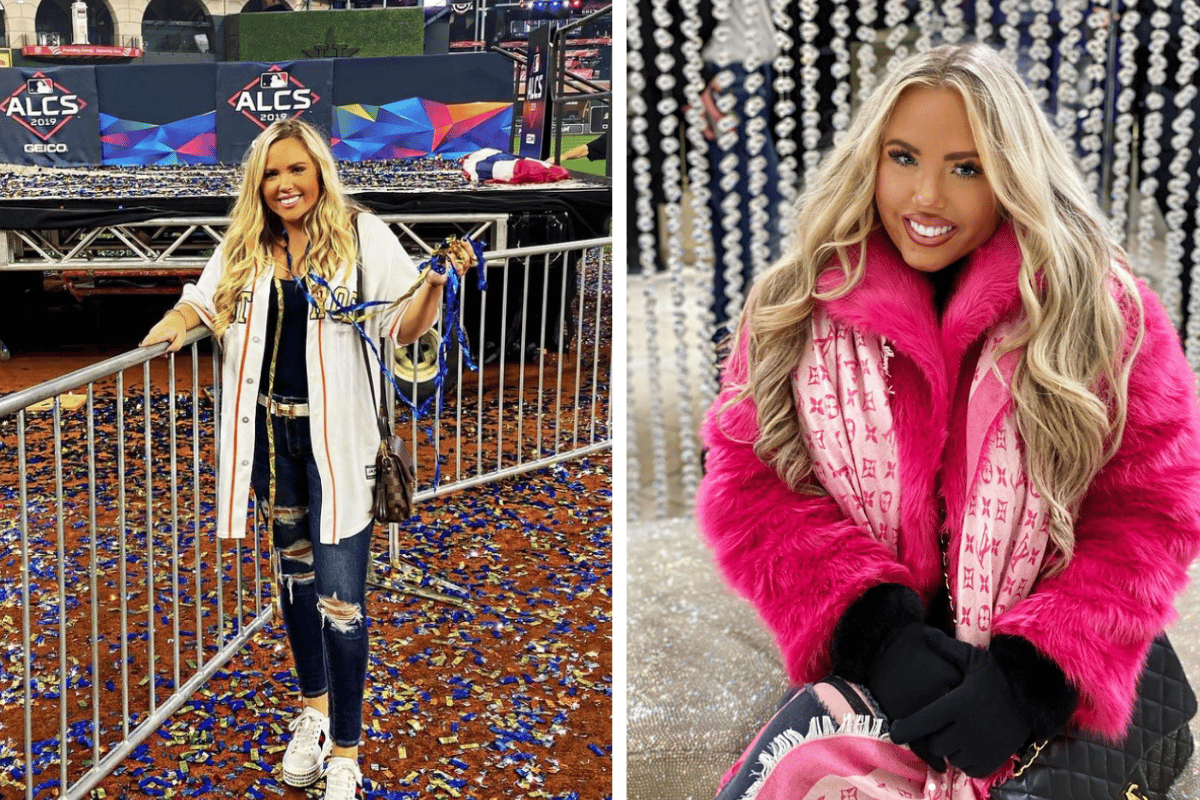 Image: Instagram. According to CNN, 23-year-old Madison Dubiski, from Cypress, Texas, was listed by the Harris County Medical Examiner's Office as one of the people who died at the festival.

She was attending the music festival with her younger brother Ty. The duo was together until they were pulled apart in the crowd.

According to the Houston Chronicle, Madison was "sucked into the crowd" while her brother tried to pull her to safety. No information on Ty’s condition has been disclosed.

"She was super bright, uplifting and just an all-around sweet girl," said Lauren Vogler, a former classmate. 'She was always so encouraging. She was definitely the life of the party and loved by so many people." 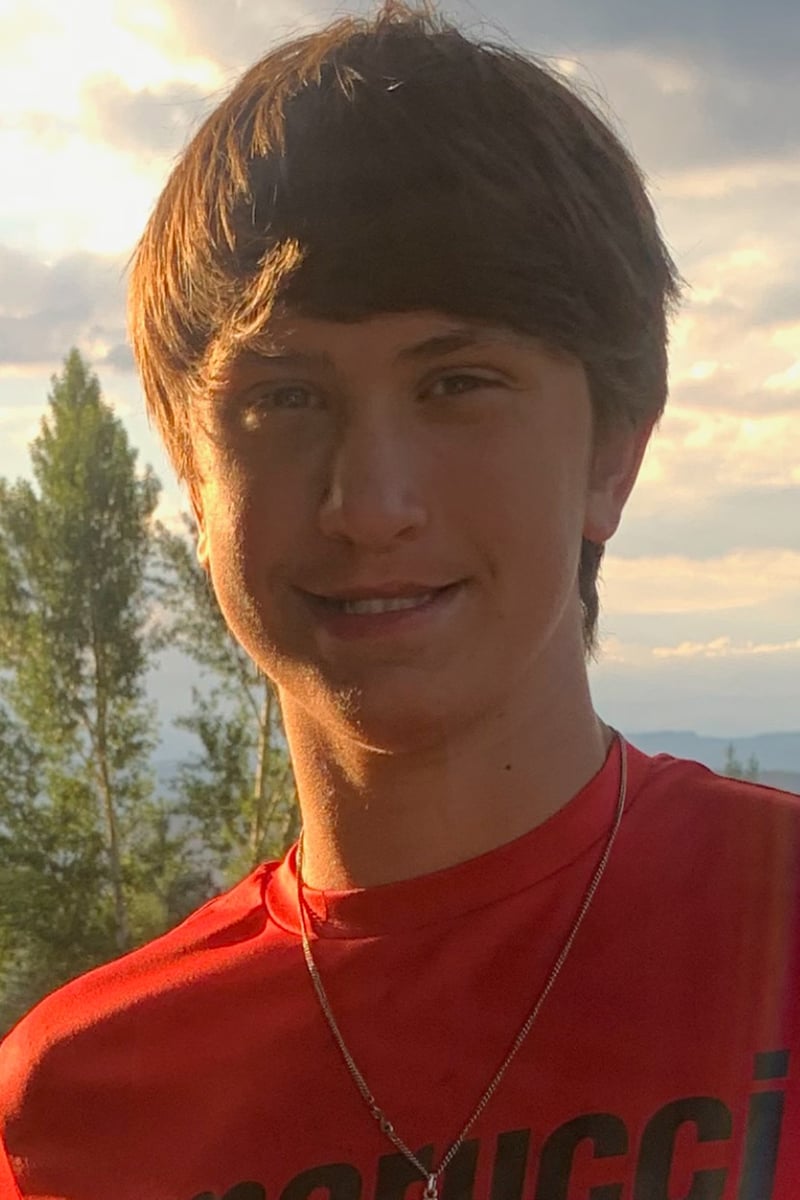 The youngest victim of the Astroworld mass casualty event has been identified as Texan high school student John Hilgert.

School administrators from Hilgert’s high school alerted community members of his death in a letter, which was obtained by ABC 13.

"Our hearts go out to the student's family and to his friends and our staff," MHS Principal Lisa Weir wrote. "This is a terrible loss, and the entire MHS family is grieving."

In the wake of Hilgert’s passing, baseball coach Justin Higgs took to Facebook to honour the young boy.

"RIP John Hilgert. He got the call up to the Major Leagues by the Almighty. John made an impact on anyone who met him and they always remembered him. I have memories of John I’ll never forget. You had to love the kid."

"One of the nicest human beings I've ever met," the baseball coach continued. "John was an angel the whole time I knew him… impacting others for good and he himself was a legend." 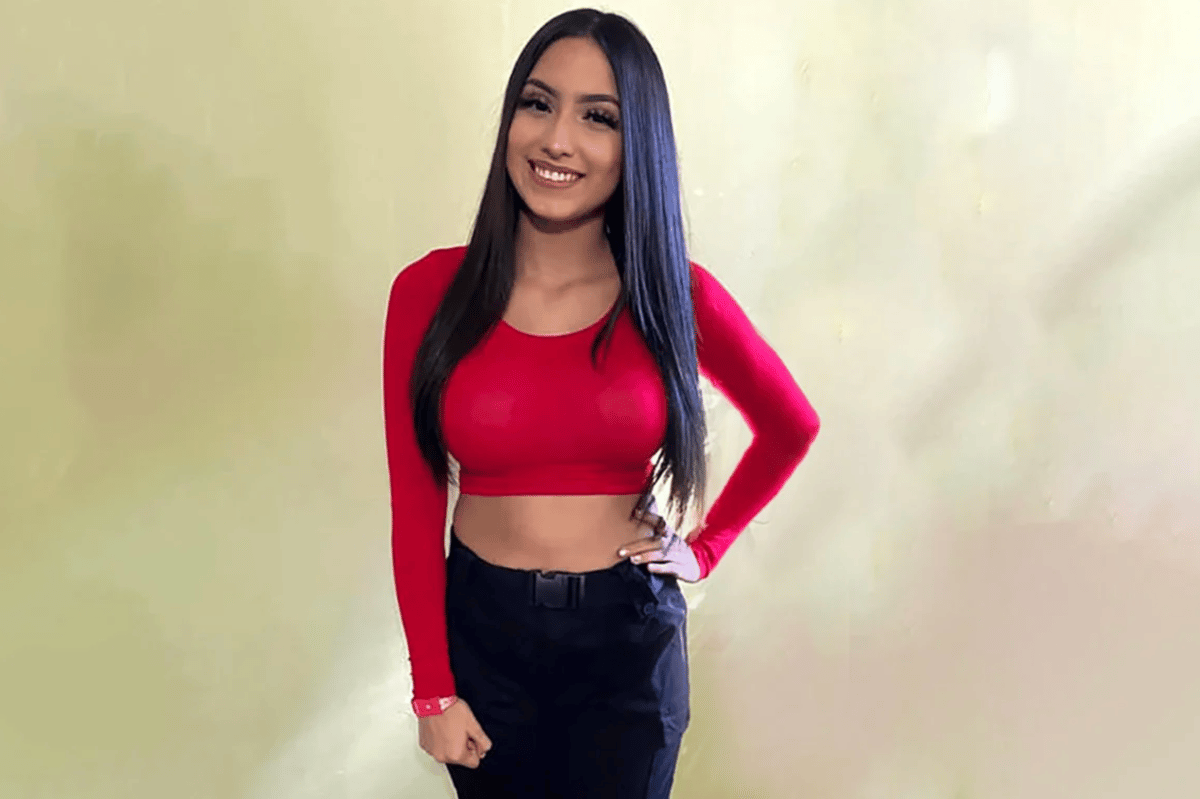 "Gone but never from our hearts. It is with profound sadness we lay to rest our beloved Brianna Rodriguez," her Aunt Iris wrote on a Go Fund Me page.

"She was a beautiful, vibrant 16-year-old high school junior at Heights HS in Houston TX. Dancing was her passion and now she’s dancing her way to heaven’s pearly gates."

Iris spoke to The US Sun, detailing the moment the Rodriguez family knew something was wrong.

"My sister-in-law had received a phone call that she was being taken to the hospital because she was not breathing. She called me at around 10.03pm on Friday. She said Brianna had gained her wings, I just remember screaming, and I blacked out." 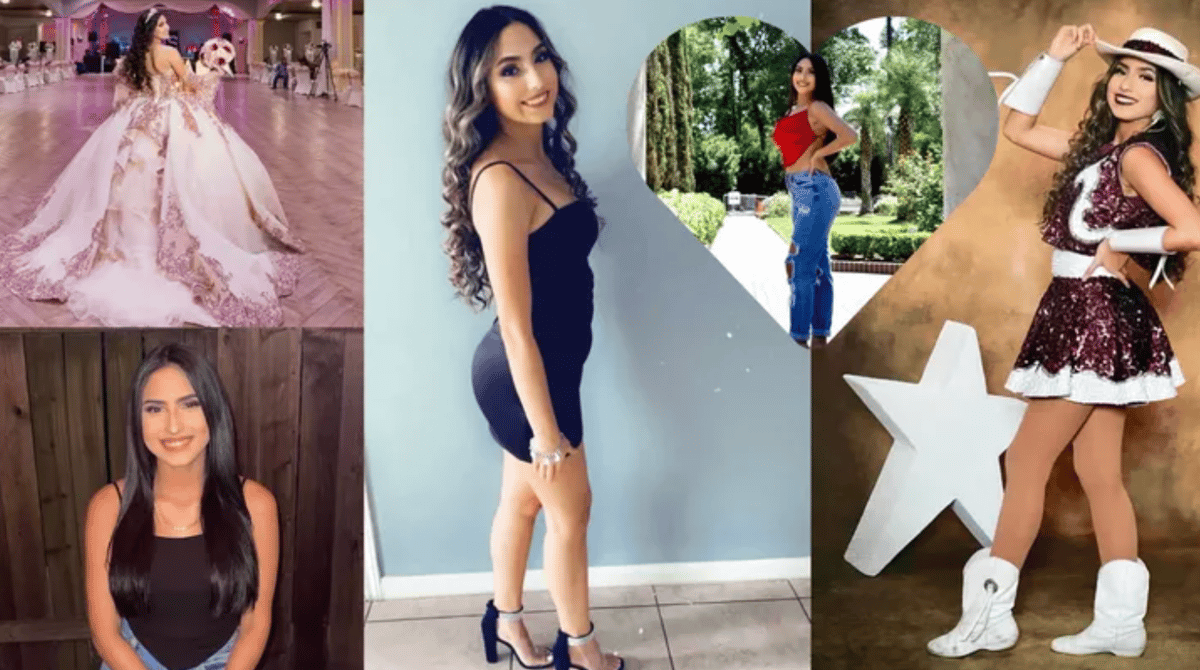 "I then came around but thought, 'no, she’s lying.' I called her back, but she didn't answer. And I knew she was gone. She was their first child, their eldest, but still their little girl."

Rodriguez had been at the festival with a group of friends, but when the crowd started to become aggressive, with "people shoving each other," that is when she was separated from her group.

"Somehow, they lost her and by the time they got to her, she was already unresponsive. People were trying to give her CPR, but it was too late."

"We don’t know exactly what happened, what caused her death. We are waiting for the autopsy results," Iris said.

Iris also told The US Sun, that the family does not blame Travis Scott directly for the disaster, but more so his team.

"He’s a father, you know. I would never want anything like this to happen to his babies. I just want to say to Travis that Brianna loved him, and that I’m sad his team weren't able to keep these kids safe."

"It’s tragic for all of the victims. These young people went there to have a good time. They did not expect to wake up that morning and never go home again." 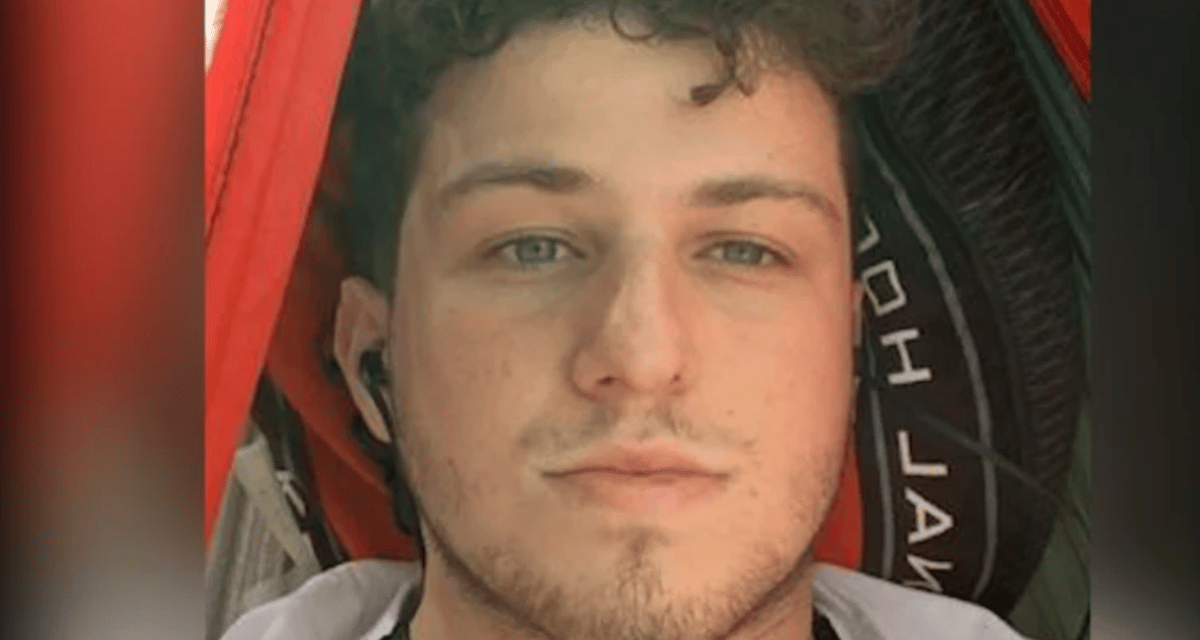 Image: Instagram. Jacob "Jake" Jurinek was a university student from Naperville, pursuing a career in the arts and media.

"Jake was beloved by his family and by his seemingly countless number of friends for his contagious enthusiasm, his boundless energy and his unwavering positive attitude," his family said in a statement released today.

"He was an avid fan of music, an artist, a son, a best friend to many. He was affectionately known as 'Big Jake' by his adoring younger cousins, a name befitting of his larger-than-life personality."

In the same statement, it was said that Jurinek’s relationship with his father Ron was what he will be remembered for most, the two sharing a close bond since Jurinek’s mother Alison died.

Speaking to TODAY, his father Ron said: "We are all devastated and are left with a huge hole in our lives. We're comforted by the fact that the hundreds of people Jake touched over the years will carry a piece of his spirit with them." 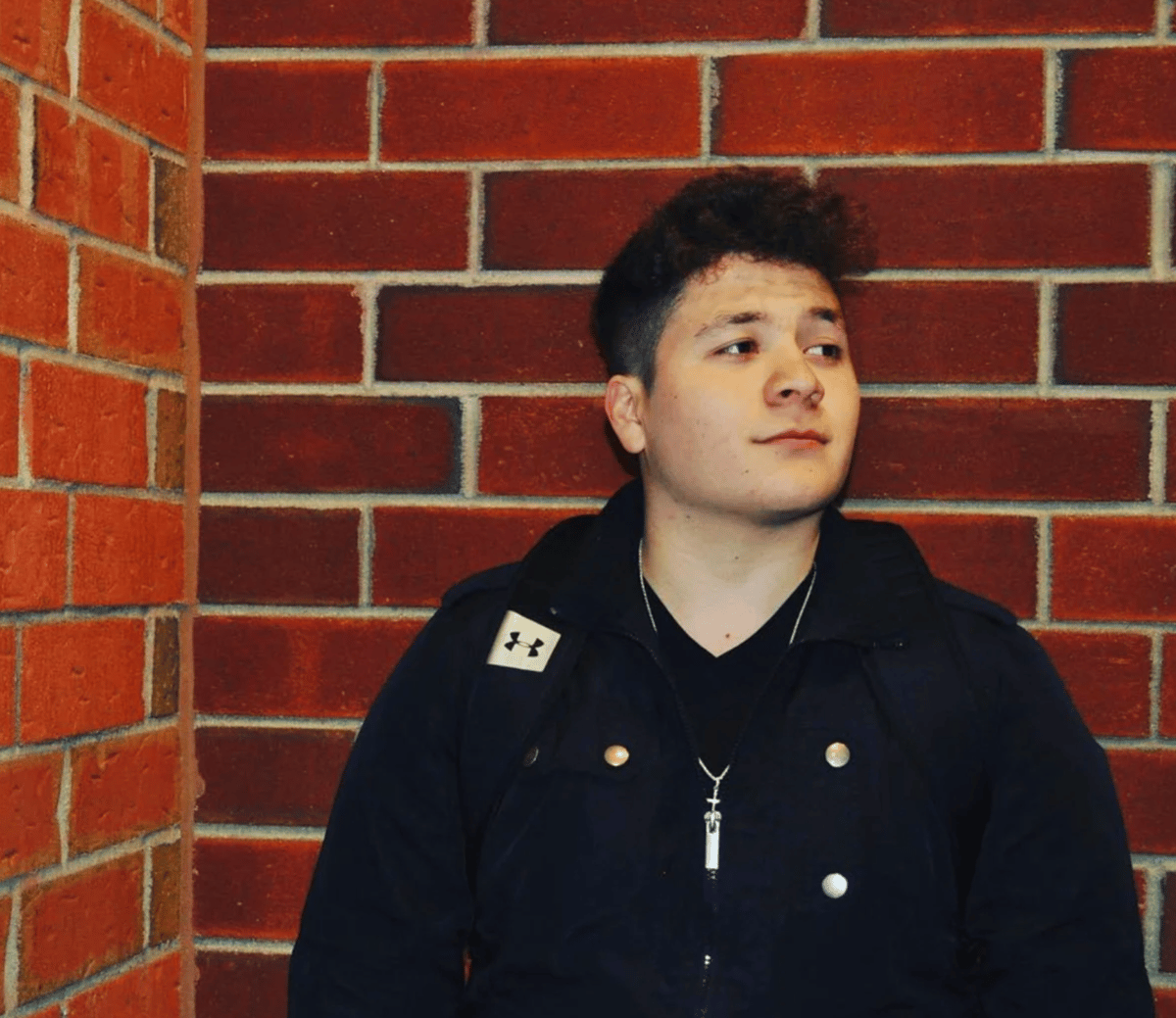 Patiño was a junior at the University of Dayton with a major in mechanical engineering. He and Jurinek had been best friends since elementary school.

Patiño and Jurinek had a mutual interest in hip-hop, so the pair saved up some money so they could attend the Astroworld Festival together to celebrate Patiño’s birthday.

"After a couple of hours, nobody had heard from him. My mum wasn’t able to reach him," Patiño’s older brother Julio recalled to Rolling Stone.

"And then she finally got a call. It was from his phone, from the nurse at the hospital and she thought it was him. But they were just letting her know what had happened." 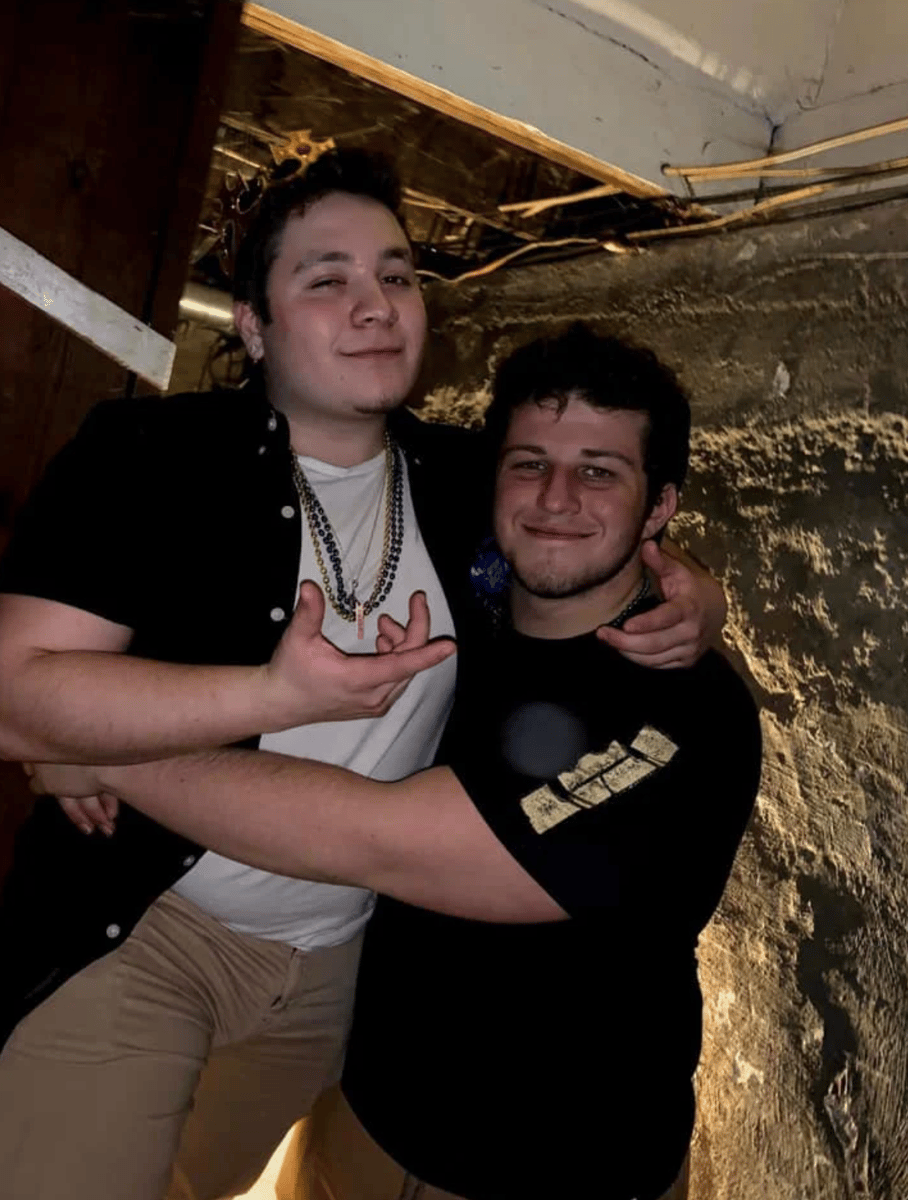 An avid athlete, Franco competed in football, rugby, and wrestling in high school, as well as having a love for the gym.

By speaking with Rolling Stone, Julio Patiño has shared his hopes to raise awareness of what happened at Astroworld and prevent such an event from happening again. "I just want something to change: that we don’t just forget about it and the next week, nothing happens and it continues to happen."

"Everybody I’ve talked to, they said that in concerts, big like that, if you go on the front, that’s what’s going to happen. You’re going to get squished. That’s just a norm. And I don’t want that to be anymore."

"People are dying and my little brother’s gone, and this needs to stop." 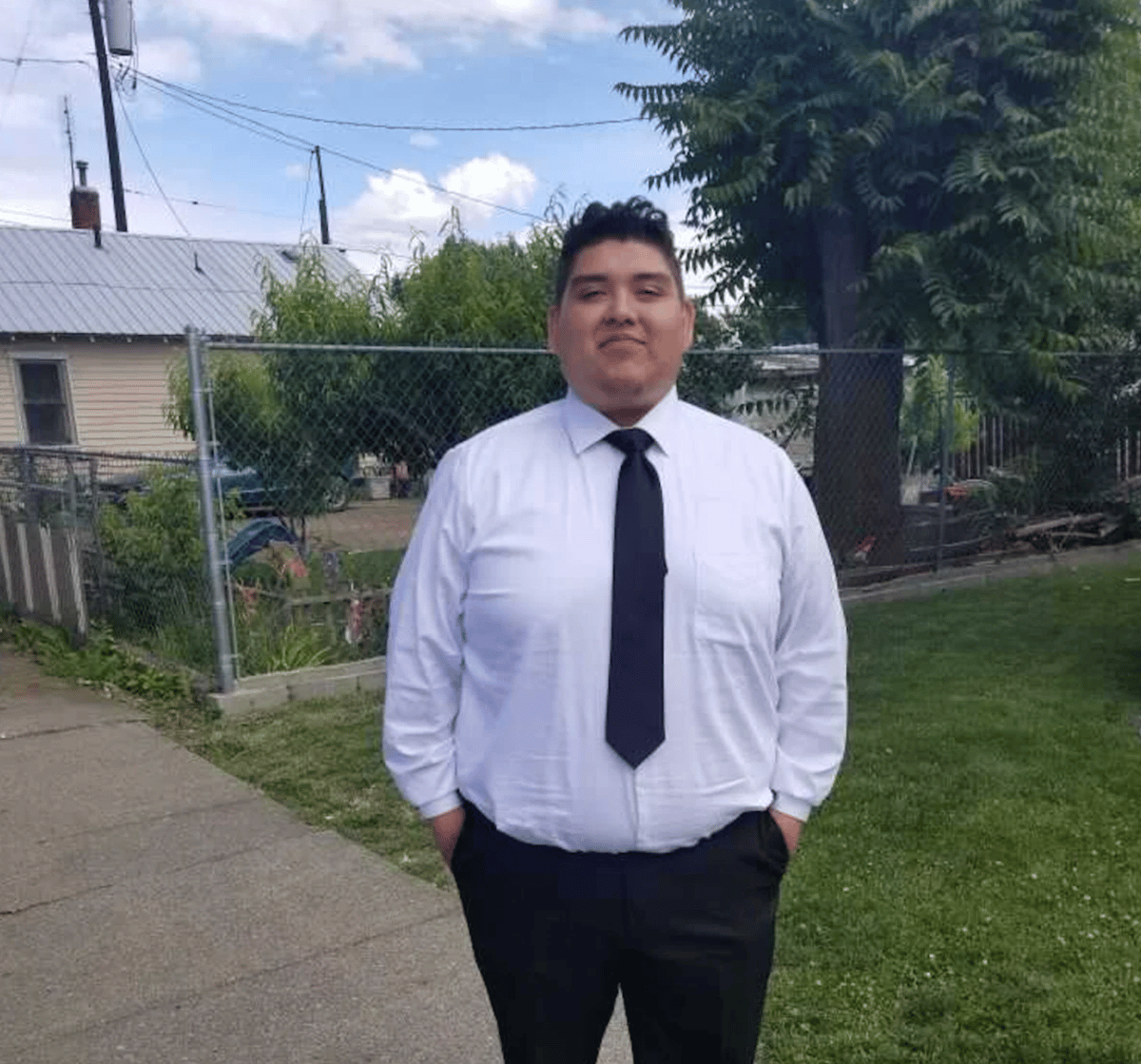 Axel Acosta's father Edgar confirmed it was his 21-year-old son who had passed.

Acosta was studying computer science at a university in Bellingham.

Cynthia Acosta, Axel’s aunt, said her nephew travelled by himself from Washington to see Travis Scott take the stage. He was at the event alone.

"It was his first time going to an event like that," his aunt said to ABC13. 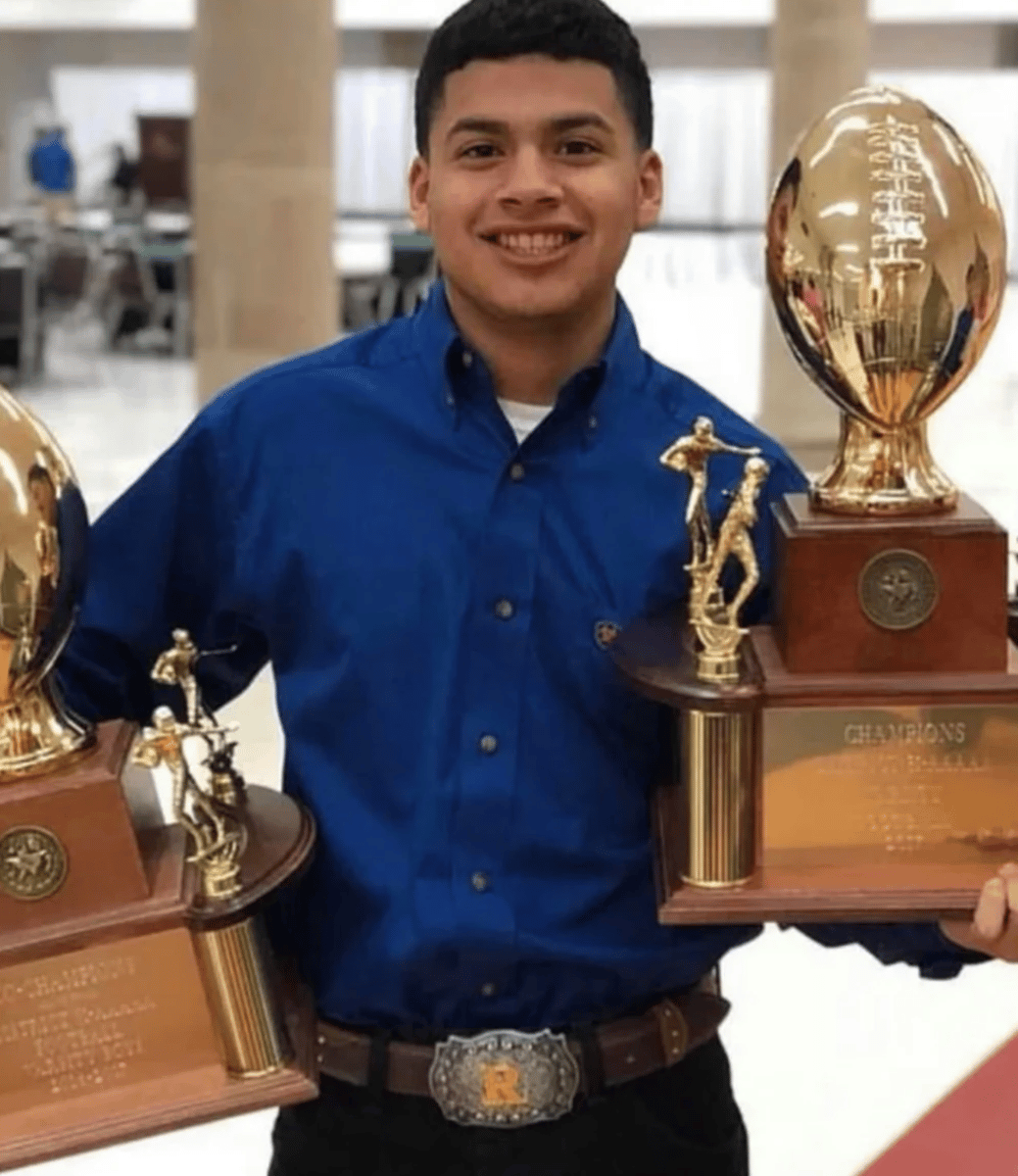 The Laredo Morning Times (LMT) broke the news that Texan Rudy Peña was one of the victims.

"My brother was the sweetest person, friendly, outgoing, he had many friends because he was always there for everyone. Yes, he was a big fan of Travis, he loved his music," Peña’s sister Jennifer said to LMT.

"We found out about my brother around 12:30am that he was taken to a hospital unconscious. They wouldn’t give info either until my mom got there, and it was there where they gave us the sad news that my brother had passed away," she said.

Listen to The Spill: Travis Scott, Kylie Jenner and what really happened during the Astroworld tragedy. Post continues after audio.

Rodolfo "Rudy" Peña was the youngest of five siblings and the undisputed "favourite" of his tight-knit family, according to Rolling Stone. The 23-year-old student loved music, dancing and cowboy gear and was studying criminology with the goal of one day working for U.S. Customs and Border Protection.

Sister Jennifer and her husband Sergio Gonzalez want answers but have received few so far.

"Who’s going to be held responsible? This rapper? The police department of Houston? Something happened. We are watching videos of people in the audience trying to stop the concert, and nobody did anything," said Gonzalez.

"He was singing and Rudy was dying. We have a lot of videos. Why did this happen? I want answers. All the family does." 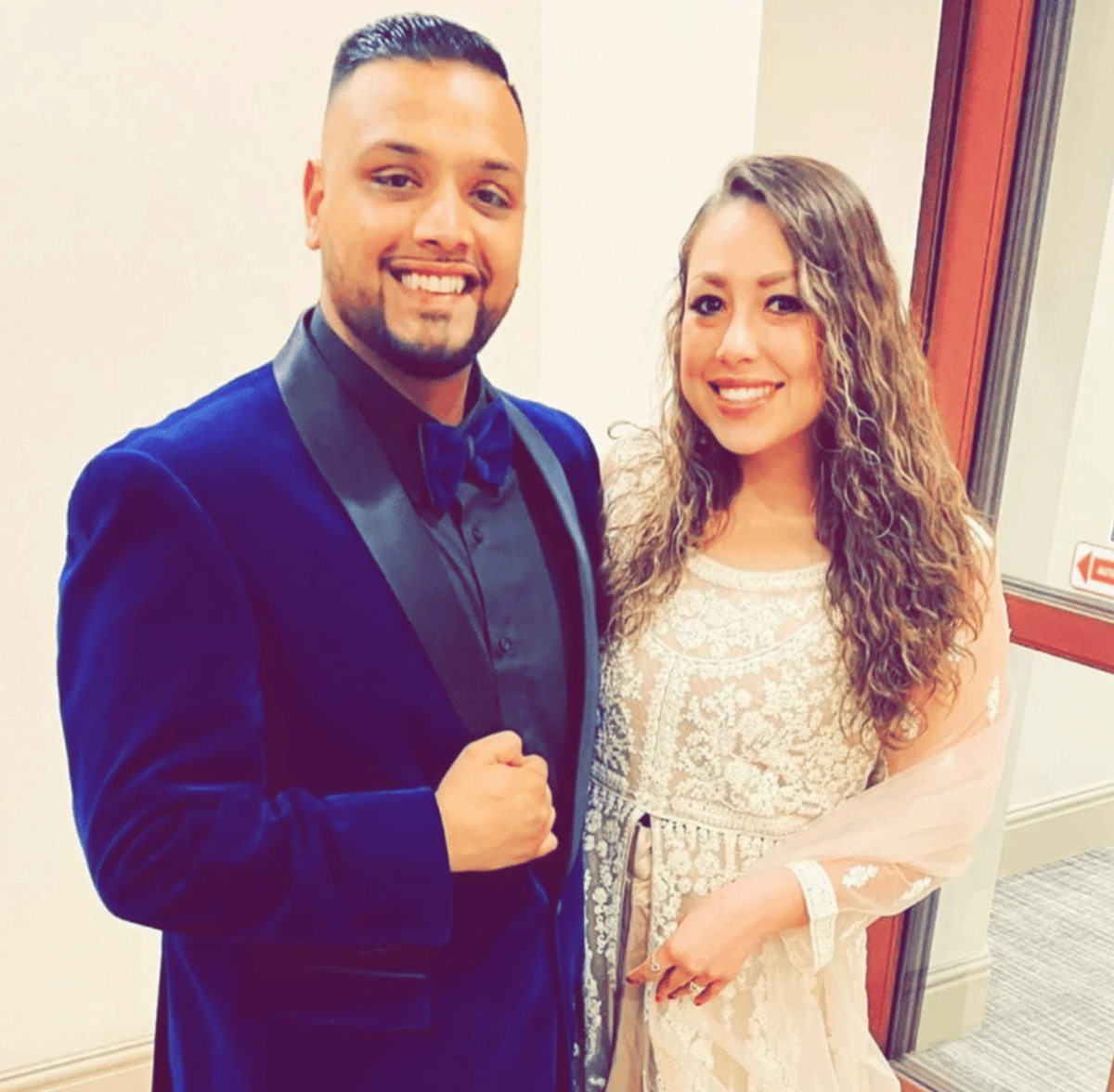 Mirza "Danish" Baig was at the Astroworld Festival with his fiancée Olivia and one of his brothers, Basil Baig. Amid the chaos, Baig was trying to save his fiancée from being hurt, in turn becoming swept up in the crowd.

"He managed to get it to where she was able to get out," one of Danish's brothers Ammar Baig told PEOPLE.

"Somehow, the ambulance managed to get to her and then, by the time they got to my brother, they tried resuscitating him. And they said that before they got to the hospital, he couldn’t make it."

"I love you my brother. I am scarred for life. You were my role model and I have so much pain in my heart. You deserved the world and more and I can’t believe I lost you. Just know I love you."

"Last night he showed his courageous act to save my sister-in-law/his fiancée from those horrendous things that were being done. People were hitting, pushing and shoving and did not care for anyone’s life." 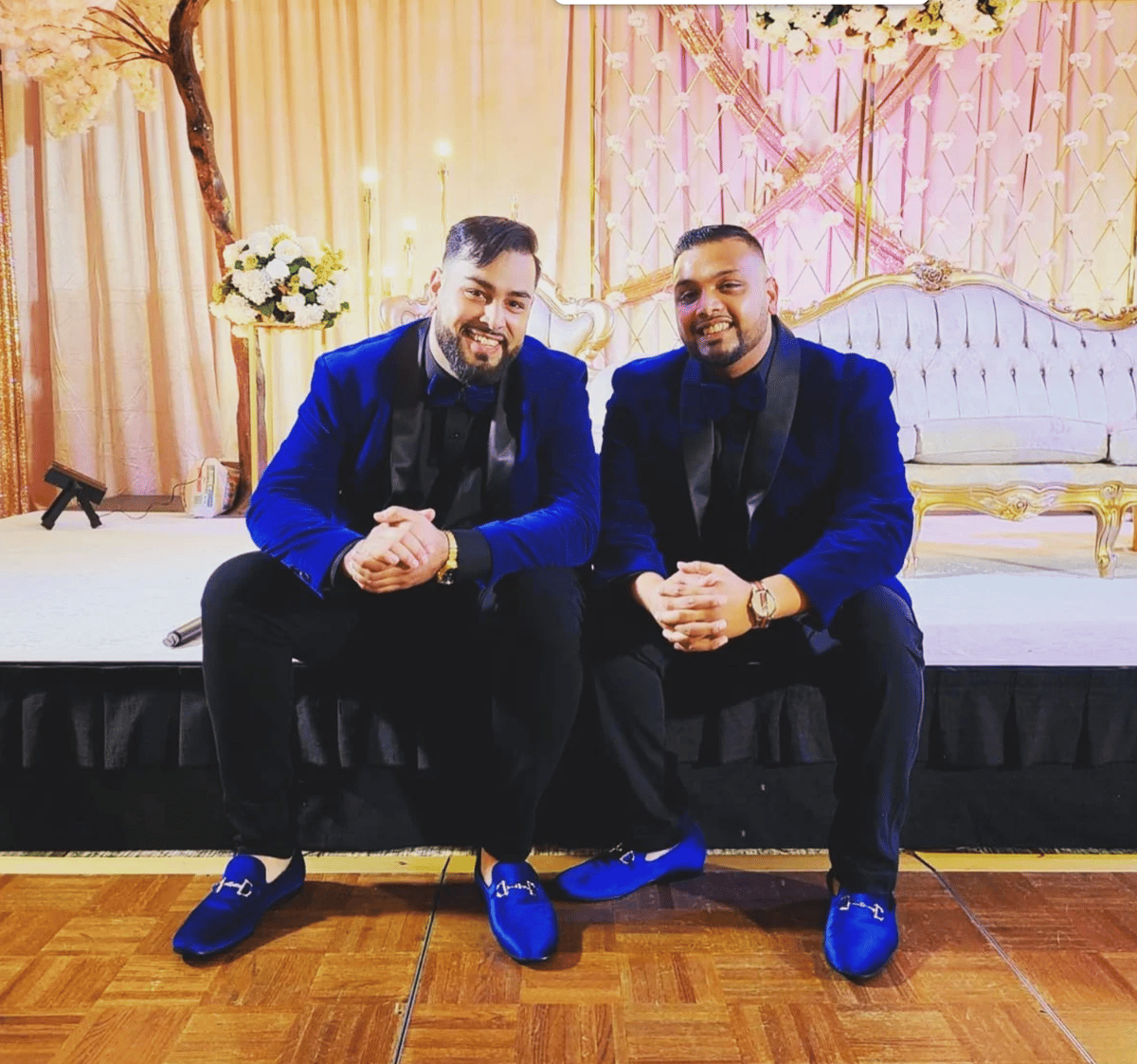 B
beachhouse84 6 months ago