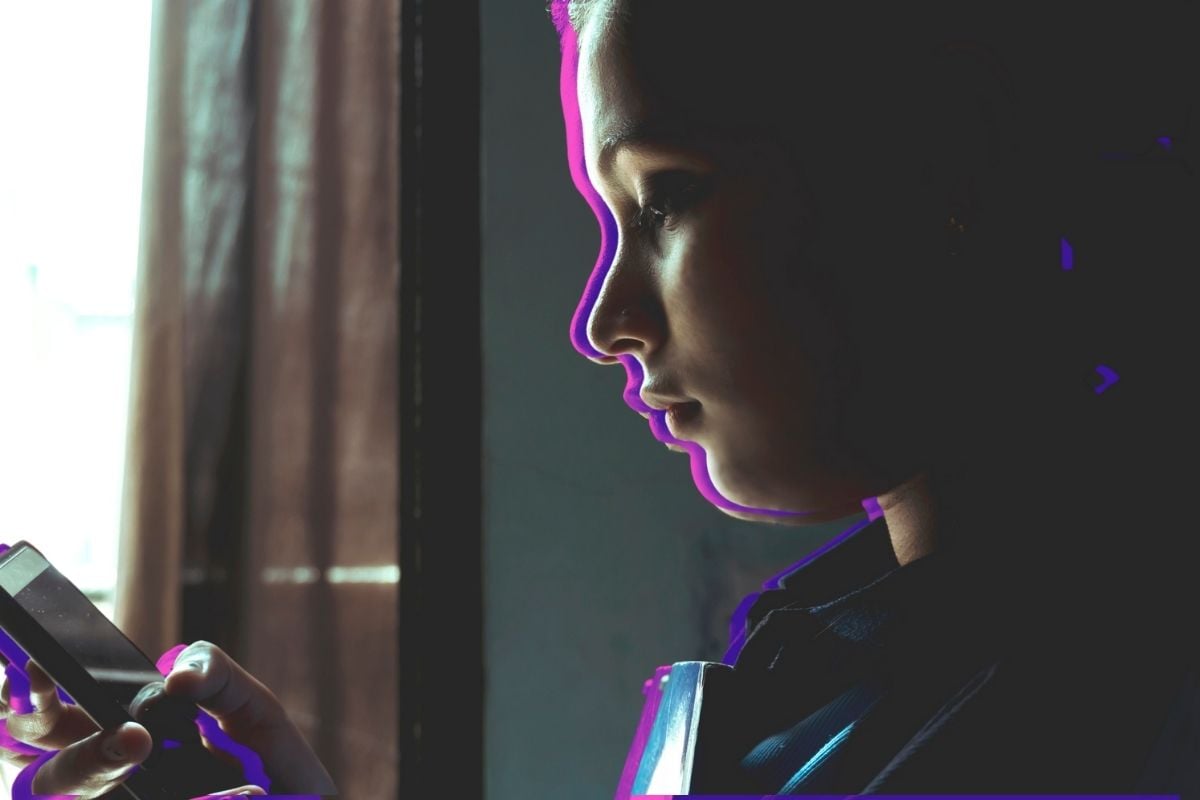 This post deals with sexual assault and PTSD, and could be triggering for some readers.

"She had anxiety and depression and like many teenagers who have grown up in an image-obsessed world, she experienced low self-esteem.

"I knew that at around age 14 or 15 she had sent nude images via Snapchat to boys, so we had a conversation at the time about consent and why she did it. She felt that by taking her photos at home and choosing where and when she sent them, it was as if she had some control. And when boys said nice things to her, it boosted her confidence.

"My husband and I worried about it a lot and of course we asked her not to do it again, but as anyone with teenagers knows, it’s not that simple. We also told her that if she did it again, she should at least keep her head and face out of the image. But teenagers make mistakes."

Watch: How to help teenage girls with their body image. Post continues below.

In early 2020, Linda says Rosie met a boy online from their town who was the same age as her. They struck up a friendship that was on and off for close to a year and during that time, as Linda later found out, Rosie sent him some nude images.

"She told us that this online friendship was complicated and occasionally made her feel uncomfortable. She had stepped back from communicating with him when out of the blue, he got in touch in early 2021 to say that he was going to share her private nude photos on the internet unless she came to his house. While most of the photos she sent him did not include her face, a couple did, and those were the ones he used to blackmail her."

One Saturday night while Linda was out with friends, Rosie tried to solve the issue herself.

"She was embarrassed and so she panicked; hoping to make the problem disappear by going to his house alone. While she had sent the images privately to him via Snapchat, he had taken screenshots and held onto them. As Rosie was under 18, she knew her nude photos were illegal and she was worried about getting in trouble.

"Looking back, I wish she told us what was happening, but she was ashamed and thought she could handle it. She called to tell us she was going to stay at her best friend's house and we didn’t see her until the next day when I knew something was very wrong."

Linda’s instincts were on high alert and she knew Rosie was not okay.

"Eventually, after a few days of observing her bad moods, I asked her what was wrong. She tearily told me and her dad that a boy she knew had sexually assaulted her after blackmailing her with nude photos.

"We were of course horrified, angry and devastated that this had happened.

"Not only was she upset about the assault, she was also anxious because she knew she had broken the law by sending the photos. She didn’t want to report it and then get into trouble herself.

"We quickly got her in to see her existing psychologist who told us to take her to a sexual assault centre for advice. As she was under 18, they had to make a mandatory report and the child abuse squad and police were involved."

Listen: Help! I Have A Teenager is Mamamia's newest podcast for parents of teens. Post continues below.

Rosie was adamant that she didn’t want to report the crime and would only reveal his first name. There were no further repercussions for the boy involved.

"We wanted to support Rosie as much as possible as she was hospitalised as a suicide risk and suffered with PTSD shortly after the attack. While the police asked us if we wanted to pursue charges against the boy, we did not want to exacerbate her mental health issues by forcing her to go through anything that might make it worse.

"I believe the perpetrator knew she'd feel that way when he did what he did. There are no consequences for him and no chance of intervention to prevent something similar happening again. It’s possible too that Rosie wasn't his first and won't be his last victim."

Linda says that while she doesn't have the answers to dealing with non-consensual image sharing, she believes there are multiple factors at play that contribute to why Rosie continued to share nude images, even when aware of the risks.

"We taught Rosie all about consent and the consequences of nude photo sharing. Her school also gave lessons on it. She knew about the risks in theory and yet she was still so trusting. She was sending messages, including nude photos, during and whilst recovering from episodes of poor mental health. Predators detect that sort of vulnerability quickly.

"Teenagers think they know so much but they are just kids. They listen to us adults to a point and then it just becomes about social media and what their peers are doing.

"I believe Rosie just thought with her nude photos, 'Everyone is doing it, so why shouldn’t I?' This mixed with her low self-esteem and vulnerability and the over sexualisation of girls in the media - all played a part."

The broader lack of respect for women online and in society troubles Linda. She believes social media and technology can provide predatory teenage boys' with greater means to cover up or hide their bad behaviour.

"We think we have come a long way with gender equality, but I think while some young boys and men still treat women so disrespectfully, this type of threatening and criminal behaviour will continue.

"I don't want to ever victim blame anyone who gets in a position like Rosie. It is not their fault as victims of a crime, but being careful online with their privacy and wellbeing is really still their best defence."

For the family, this experience has been incredibly challenging and while thankfully Rosie is now doing well, Linda remains on edge.

"Rosie is strong, she is studying and working to save for a car and she has a sweet boyfriend who has been good for her recovery.

"I have traditionally been good in a crisis, but after the assault when Rosie was struggling and acting out, I was constantly in fear for her life. It is a hard way to live and I am still easily triggered when I see her upset.

"We nearly lost our child. Our daughter broke into hundreds of pieces and we have some nudes and a damaged and dangerous boy to thank for it."

* While Linda and Rosie are known to Mamamia, their names have been changed for privacy reasons.

If you, or a young person you know, is struggling with symptoms of mental illness please contact your local headspace centre here or chat to them online, here.

If you are over the age of 25 and suffering from symptoms of mental illness, please contact your local GP for a Mental Health Assessment Plan or call Lifeline Australia on 13 11 14.