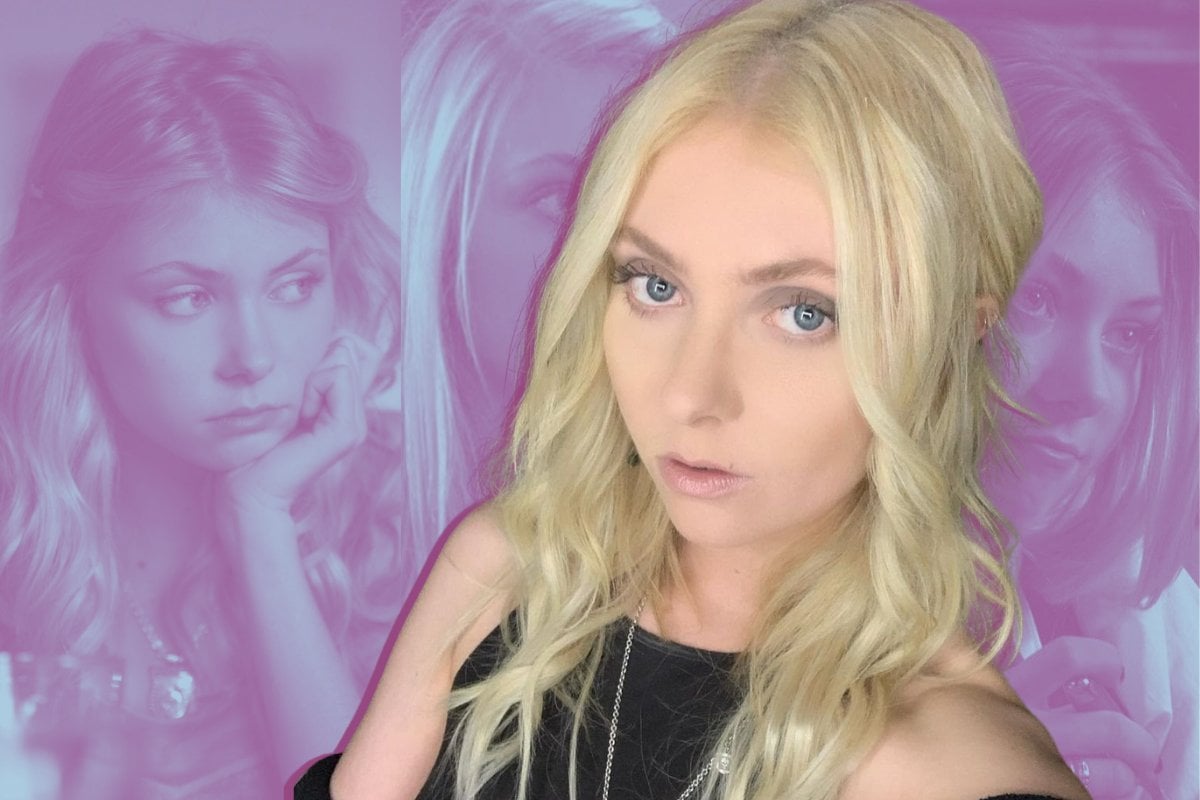 Across four seasons of Gossip Girl, it became clear Jenny Humphrey would do just about anything to be revered.

The younger Humphrey sibling transformed from an innocent, naïve schoolgirl to a ruthless, reckless 'queen bee' who dabbled in drug dealing and prided herself on her takedown skills.

The teenager, whose downward spiral landed her on more than her fair share of 'most hated TV character lists', alienated everyone who actually loved her in the pursuit of power. She was eventually shipped upstate to live with her mother - leading to actress Taylor Momsen's exit from the show in season four, only to return for a guest spot in the series final episode.

The character's end wasn't just the end of 'Little J', but also the end of Taylor Momsen, the actress.

Gossip Girl, available to binge on Stan in Australia, marked the final acting gig for Momsen, a former child star who was previously most recognisable as Cindy Lou Who in How the Grinch Stole Christmas.

Just like Jenny's departure, Momsen's retreat from acting was a long time coming. 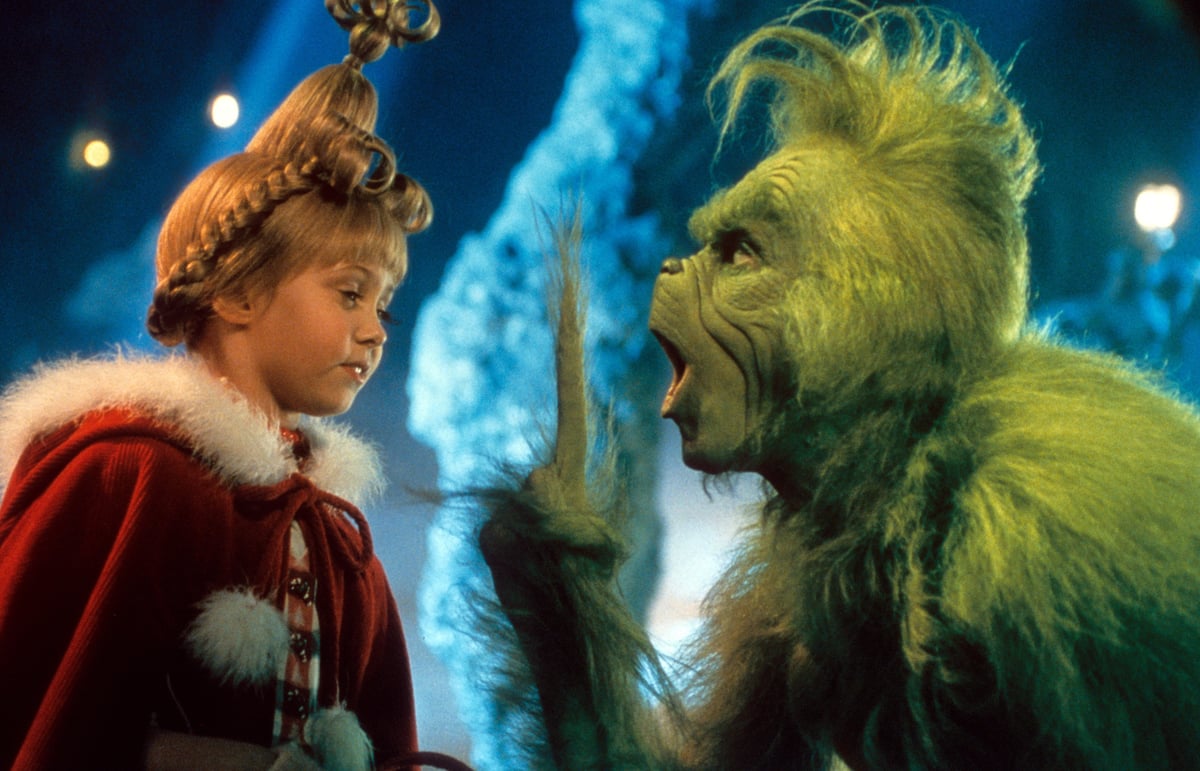 She began filming Gossip Girl when she was only 13 years old.

By 2009, aged 15, she formed rock band The Pretty Reckless. A far cry from being queen bee at a fancy Manhattan private school, the band's formation surprised not just the Gossip Girl fanbase, but the cast and crew too.

In 2009, show lead Leighton Meester was also pursuing a music career. She found some success, and two songs were featured on Gossip Girl. 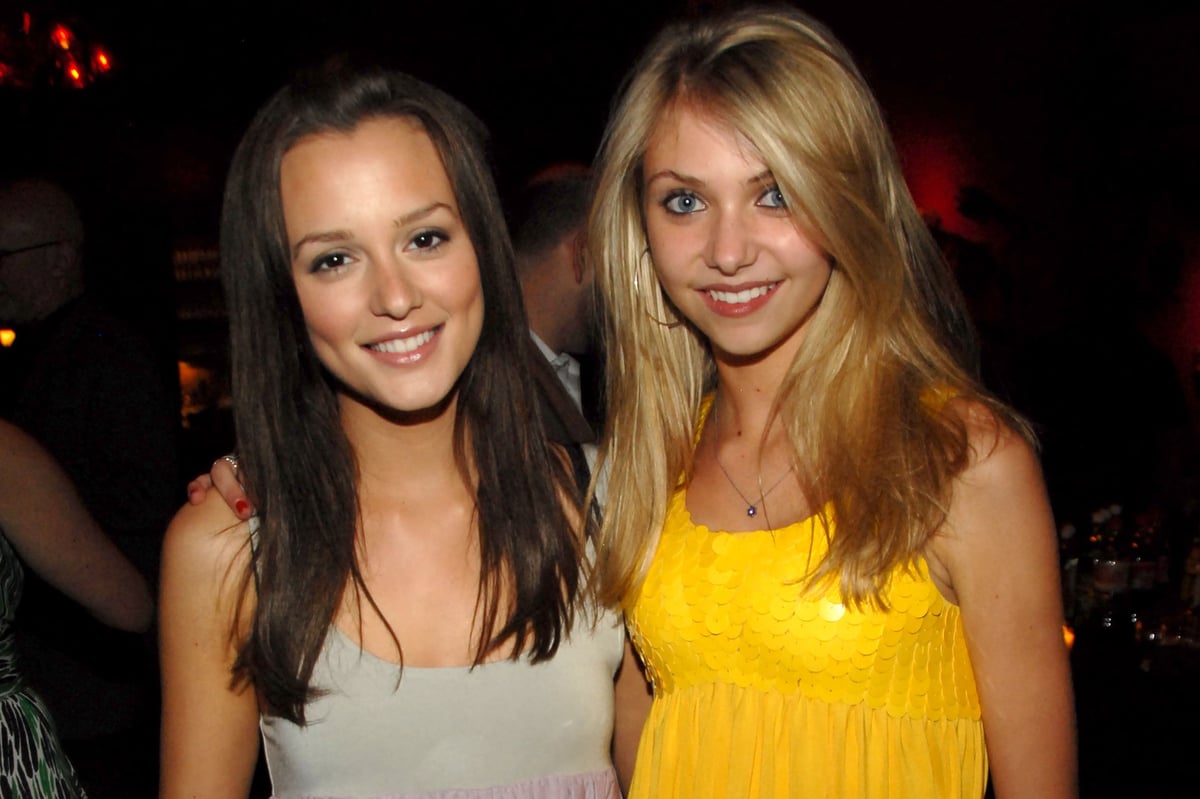 If Momsen had hoped for that same initial support, she found herself out of luck.

"The show will support Taylor and her music when the time is right, but her music is not ready yet," a public statement from show executives said.

The band's lead single 'Make Me Wanna Die' was eventually used in season four in 2010, during one of Jenny's increasingly rare appearances, but the strange statement had undermined her music in a way Meester's never was. 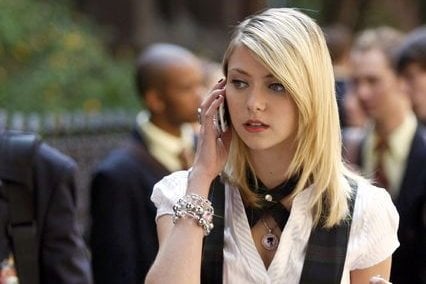 Around the same time, rumours swirled of a feud between teenage Momsen and Meester, and Momsen admitted she didn't have any friends on set.

Also in 2010, Tim Gunn, who guest-starred in one episode, said in an interview Momsen acted like a "brat" on set, was always on her phone and didn't learn her lines.

"What a diva," he said. "She was pathetic, she couldn’t remember her lines, and she didn’t even have that many. I thought to myself 'why are we all being held hostage by this brat?'"

So when Momsen was put on "indefinite hiatus" from the show, most assumed this was due to her own behaviour.

But the warning signs were there.

In 2010, Momsen told Entertainment Weekly she didn't "dislike" acting, but it was a job, not a passion.

"It can never be as personal as music, because you’re playing a character and saying someone else’s words. Music is who I am," she said. 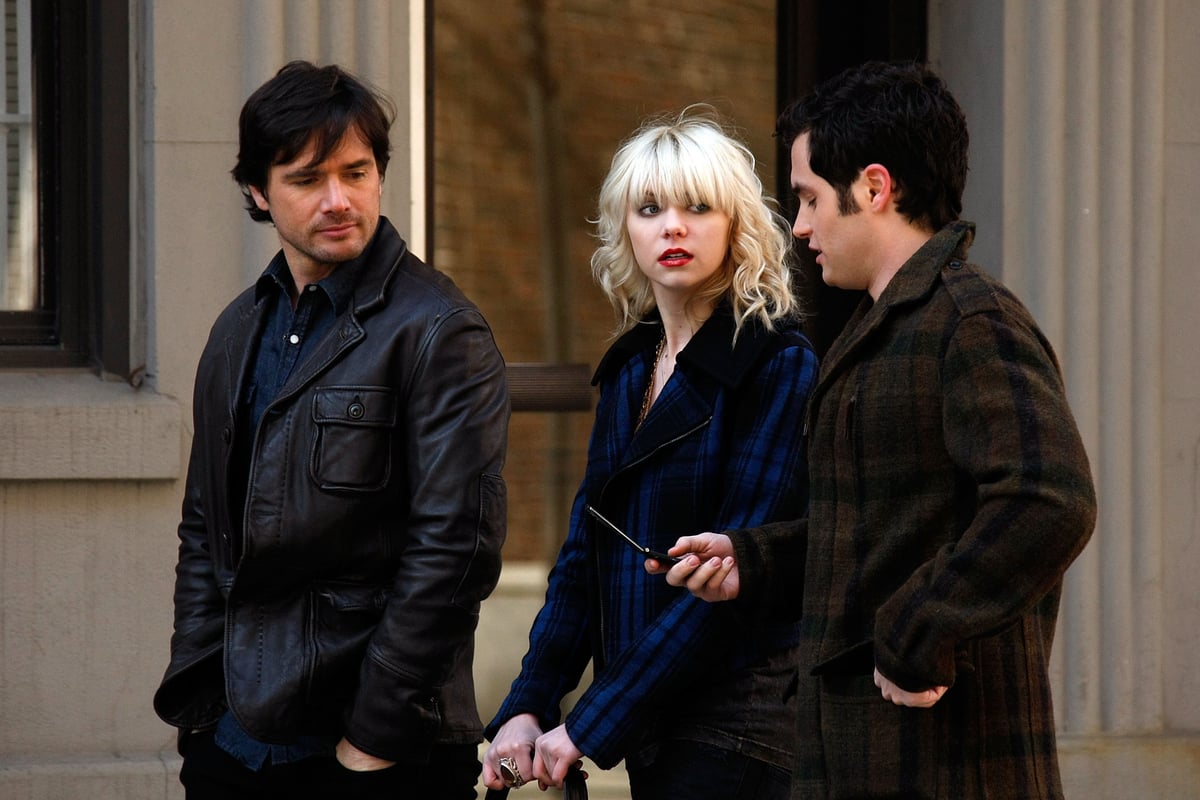 A year later, she nonchalantly admitted she'd left it behind, for good.

"I quit Gossip Girl and now tour and am in a band and that's pretty much all I want to do. Hopefully, I'll be able to only do that for the rest of my life."

Besides a minor reappearance in the final episode of Gossip Girl, she's stuck to her word.

In 2014 she told the Daily Beast she moved onto music as soon as she felt like she was the one in control of her career.

"I started modeling at two, and then acting at three, and then Gossip Girl when I was 12, so I wasn’t really making my own decisions," she said.

"When I got to a place where I realised I was in control of my own life, and had found the right band, and everything was coming to fruition, it wasn’t even a question: I was going to quit my day job." 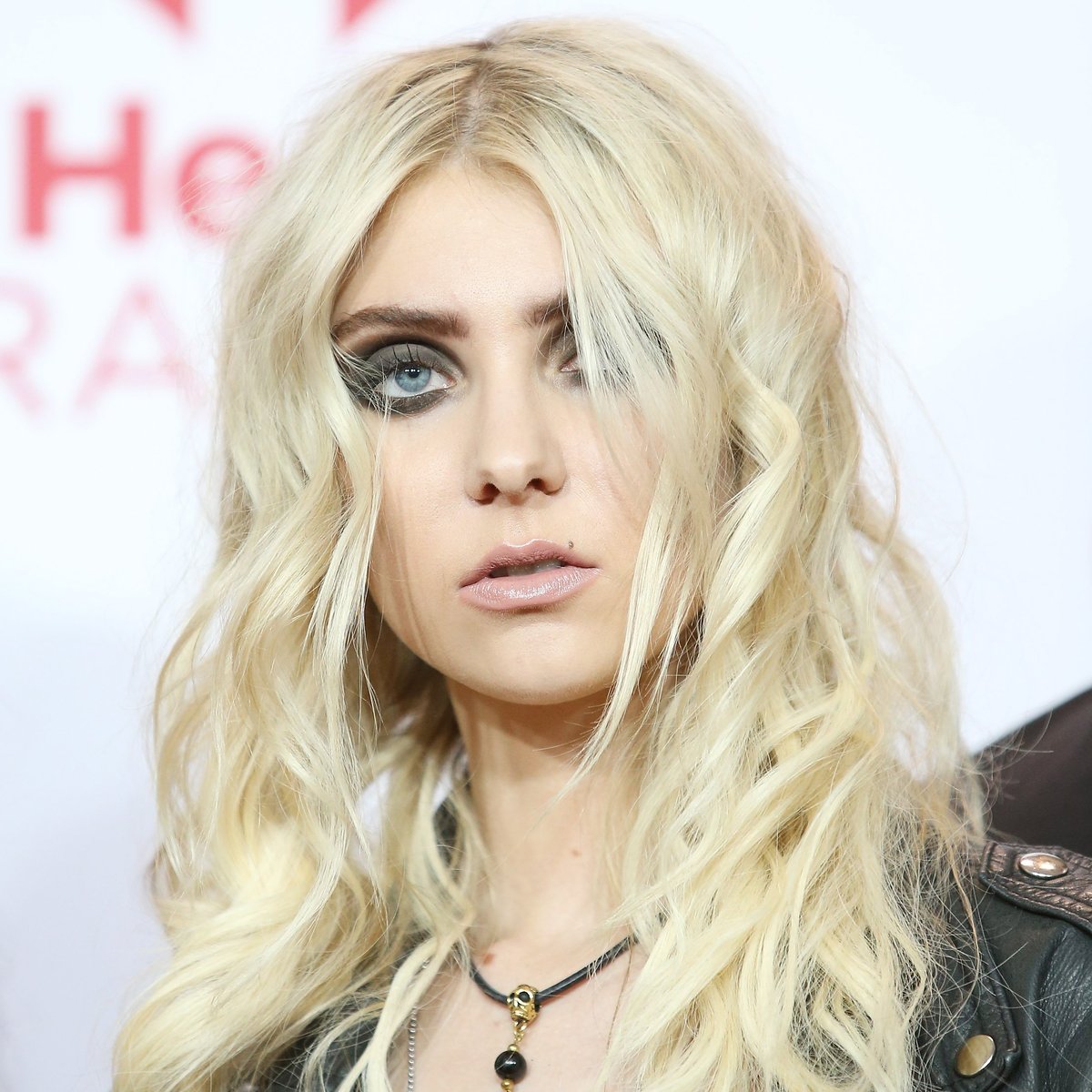 According to Momsen, her departure from acting ended amicably.

"I'm very lucky that the producers were nice enough to write me out, allow me to tour, and pursue my passion, because they very easily could have told me to go f*** myself and keep me on the show."

In the time since, Momsen and The Pretty Reckless have released music and toured relentlessly, scoring five number-one singles on the US rock chart.

The biggest break in the band's work came between 2017-2020, with Momsen explaining in February 2021 that this was the toughest period of her life. 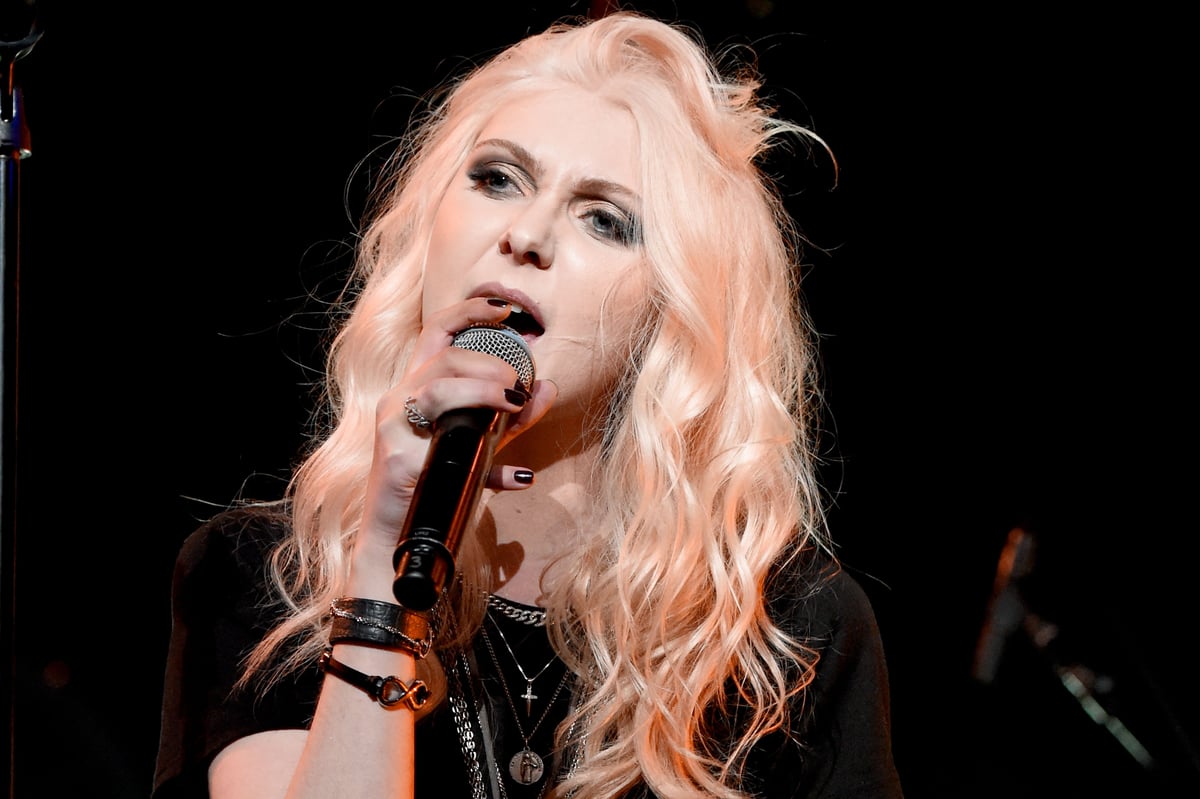 Momsen performing at a 2019 tribute to Chris Cornell. Image: Getty.

"Those are wounds, and those are scars that are going to live with me for the rest of my life," she said.

The Pretty Reckless were touring with Cornell's band Soundgarden when the 52-year-old died by suicide.

"I woke up to the most — I don't even have words — devastating news that Chris had passed. And it crushed me in a way that I can't explain and I was not prepared for as a person," Momsen recalled.

"I wasn't in a good place mentally to be public. I canceled touring, I went home. I needed to attempt to process what had happened and kind of get my s*** together, and as soon as I started to heal from that a little bit... I got the phone call that Kato had died in a motorcycle accident." 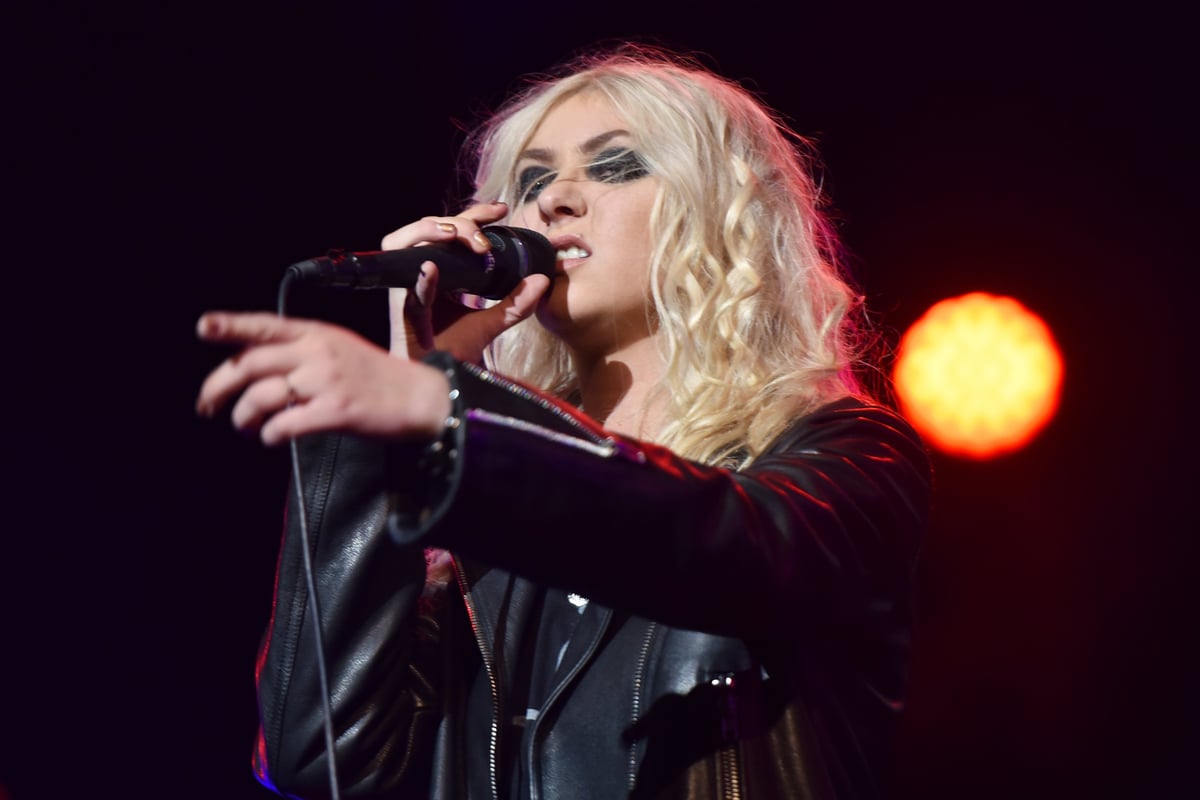 She described Khandwala as her best friend in the world, and losing him was a "nail in the coffin" moment for her.

"My life felt like it was over and I went very down to this utterly dark hole of depression and substance abuse and I was a mess. I was living in this hole of darkness that I was not sure I would ever get out of. I wasn't sure if I wanted to," Momsen remembered.

In the end, it was the music that pulled her out of the hole.

"It was music that saved me," she said, her healing leading to the making of The Pretty Reckless' record Death By Rock And Roll.

Reflecting on her journey from child star to rockstar, Momsen clearly has no regrets.

"The thing that made me the happiest is when I finally quit and I could focus on my true passion and the thing I really always wanted to do with my life," she told Metro.

We won't hold our breath for an older and wiser Little J to return for the Gossip Girl reboot. She's left the Upper East Side for good.