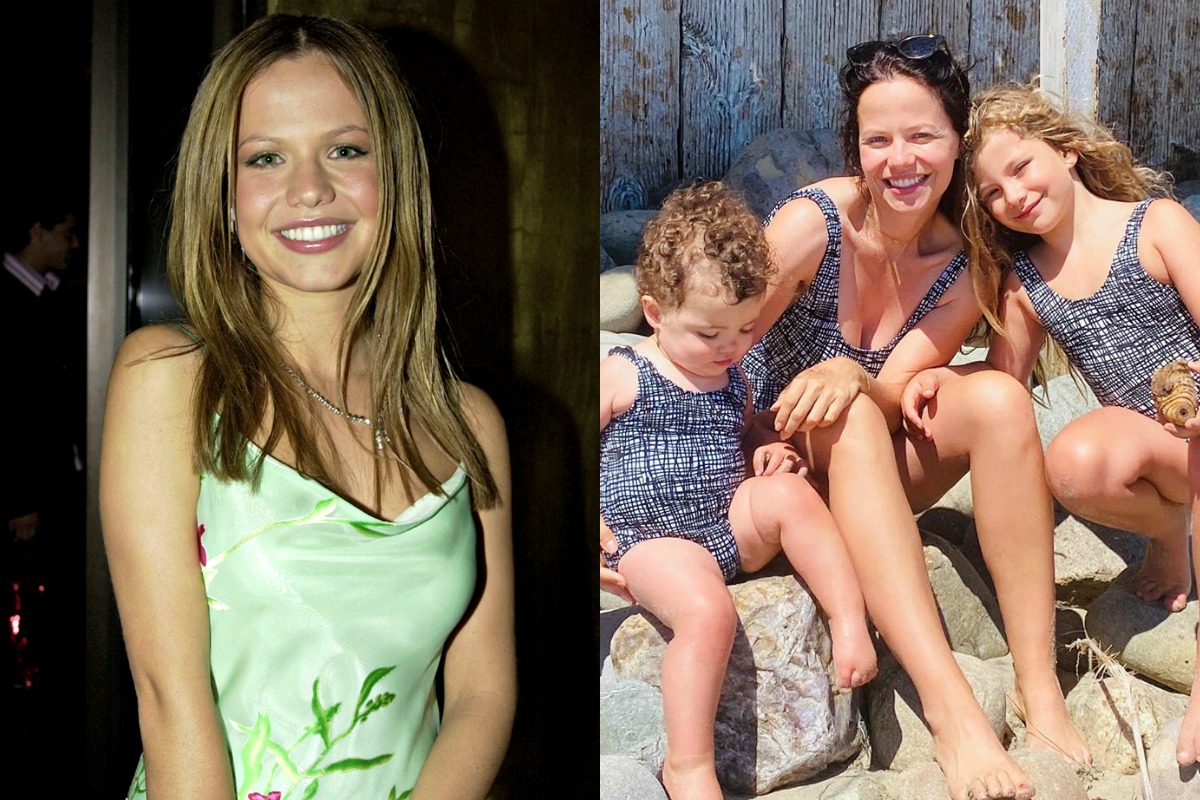 If you were watching Home and Away in the early '00s, you'll definitely remember Tammin Sursok.

The South-African born Australian actress landed the role of rebellious Dani Sutherland in her first-ever acting audition at just 16. She continued to appear regularly on the Australian soap for another four years, and won herself a 2001 Logie Award for her role.

But by 2004, Sursok was ready for bigger and better things. 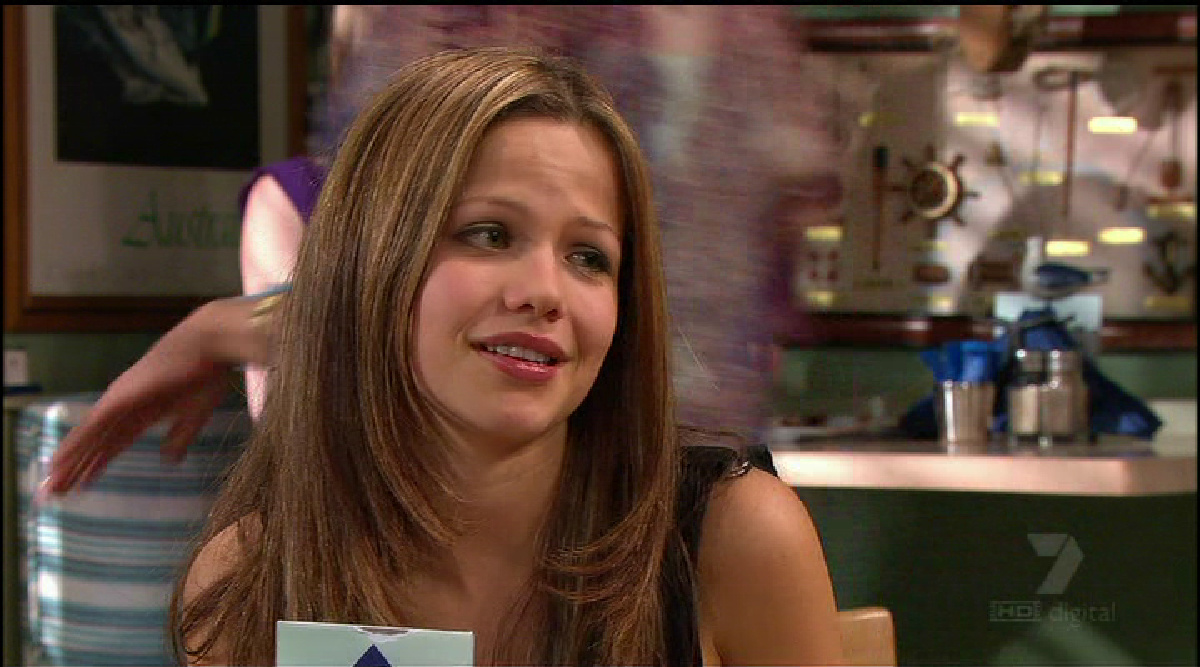 After her success on Home and Away, Sursok decided to focus on her singing career. It was 2004 and she was signed to Sony BMG Music Entertainment.

The following year on May 22, 2005, Sursok released her debut album Whatever Will Be.

After the success of the album, Sony had plans for Sursok to expand her music to the UK and head there, but after some unexpected issues, the deal fell through.

In 2006, Sursok decided to go back to her acting career. That year, she landed her film debut in the teen rom-com starring Emma Roberts and JoJo, Aquamarine. 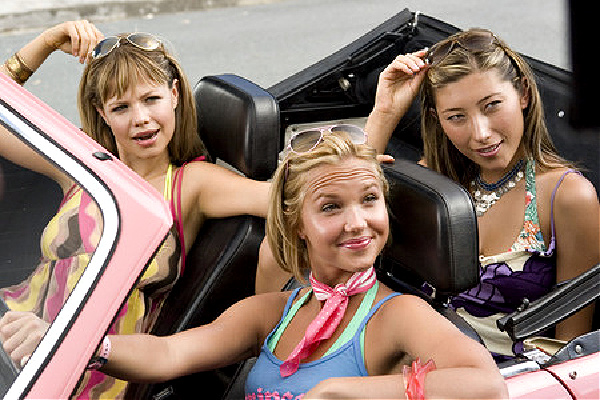 In 2007, she appeared as Colleen Carlton on the American soap, The Young and the Restless, and the following year, won a Daytime Emmy Award for her portrayal of the character. But after two years in the role, Colleen was killed off.

Over the following years, Sursok appeared in multiple family friendly films and television shows including the made-for-television Nickelodeon film Spectacular! and eight episodes of Hannah Montana.

In 2010, Sursok landed her most well-known role as Jenna Marshall in the teen mystery television series, Pretty Little Liars.

Shooting a new film tomorrow and it made me go down memory lane remembering some of my favorite characters I’ve played. Swipe across and guess what movie each image is from ❤️🎥

The day before, they had just finished writing the script for their film, Whaling.

"We finished it the day before we got married. We always said to each other, 'If we can do this, we can do anything,'" Sursok told 9Honey.

The film, which was released eight years later, starred Sursok and Harry Potter's Tom Felton and was directed by Sursok's husband.

"It's hard to work with your husband... it can be an amazing thing, but you have to let go of your ego and your id," she admitted to the publication.

In 2013, after a complicated birth, Sursok's first daughter Phoenix Emmanuel was born.

"It was not my perfect birth plan. Not even close. If anything it was everything that I didn't want and I carried the weight with me for quite a while," she shared on her blog.

She also opened about the challenges of early motherhood.

"I struggled post-partum with my first, because I had no community and I felt very isolated and had no network," she explained to Marie Claire.

"Nobody talks about this, but the first year of having a baby is so blissful and so hard - and it's so hard on your marriage too."

Lennon Bleu Sursok- McEwen was born at 7.44am on January the 17th. Weighing 9.5 pounds and 19 inches long. She entered the world via C-Section. We are head over heels in love with her. ❤️

Sursok has spoken openly about the fact that the journey to a second child wasn't easy.

"When we decided to have a second child, I got pregnant really fast again - and we lost that baby in the doctor's office," she recalled during an interview on The Morning Show.

"It was pretty far into my pregnancy, so it was quite shocking. When things like that happen, you never think it's going to happen to you.

"But they're so common, and we don't talk about it. And then I had another miscarriage before Lennon, so two back to back."

These days, Sursok, her husband and their two girls live in Los Angeles, California. Sursok continues to act, make TikTok videos in isolation and candidly opens up about her teen struggles with body confidence.

Dear 13 Year Old Tammin, Hi, It’s me, your future self, I’m standing on the sideline looking back at your ripe, fleshy, hopeful face and I know what happens when the arm of the clock aggressively hits its top pinnacle. The boy standing in front of you will break you. He will break your heart in ways you never thought possible. He will embarrass you as you feel the stares of awkward pre pubescent males all stifling a hearty laugh. You will feel the chambers of your heart beat out of your chest as the blood dizzies around every cell of your body. For what you were waiting for, what keeps you up each night in desperate, feverish anticipation, is not the what the boy in front of you feels. Not only does he not have any giddy interest in you, but he will verbalize in front of everyone that you are indeed “FAT” and after he miniaturizes you, he will parade away. And you will feel like the stage lights just blasted and you are standing upon a stage, naked, in all your quarter pounder glory. I can see you right now. The white cotton in your purple swimsuit stretches and moans as you fight to get it over your shoulders. You’d do anything to never swim again. You watch the unblemished swim team glide past, their bodies, as if carved out of medieval stone, fly like gazelles diving into the frigid water. Now it’s your turn. The room is deafening. The faces around you start to blur and decolor as you feel like you are a passenger on your own haunted hayride, that is your life. You dive. Well, you try. You try to dive. Your body can’t propel you high enough so you falter, you slip and you fall. Hitting the water so hard that you feel like your body has been stung by a team of the Hamilton island jelly fish. As you come up for disorientated air, all you hear, is the muffled chuckles and with all eyes on you, you have become the punchline, once again. I see that girl. She will spend your school years antagonizing you, she will make it her duty to beat you down, trying to suck from a straw any self respect you might have. Distracting herself will deflect the self loathing she feels for herself but you wont know that just yet. Not only (continued in the comments)