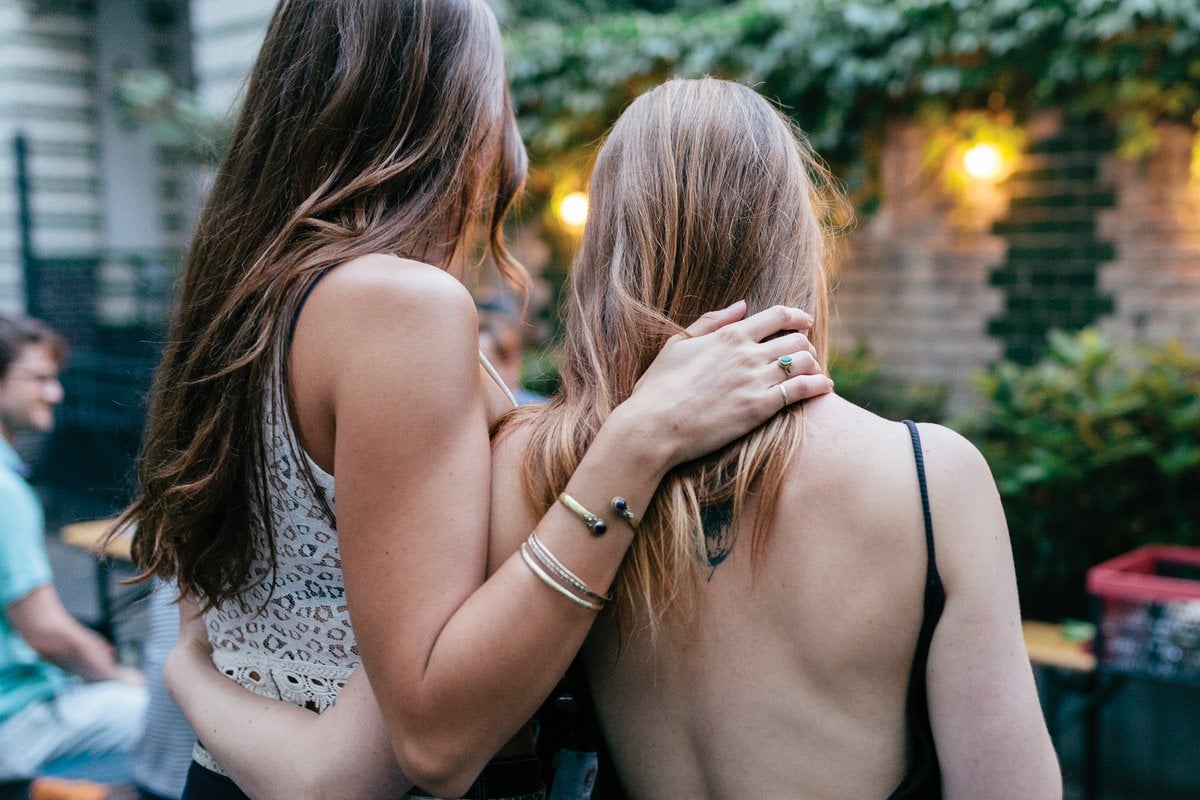 This post contains depictions of sexual assault and may be triggering to some readers.

Fifteen years ago, in my early twenties, I was sexually assaulted. I remember the evening very clearly.

I had been out with friends at a bar, we had been drinking and dancing and doing all of the things you do in your carefree uni years. At some stage during the evening I met a guy, he was a bit older than me but he seemed genuinely nice and we ended up kissing on the dancefloor in one of those drunken hook-ups that looking back now seems like it occurred in an entirely different universe to the one I exist in today.

When the music ended and the lights came on signifying the evening was drawing to a close, he asked if he could come home with me. I told him yes because in that moment I meant it.

Back at my friend’s house where I was staying, he joined me in bed, he started to kiss me and touch me. But after a few minutes of doing this he then pushed my head down toward his penis, very obviously wanting me to go down on him.

I pushed back on his hand and tried my best to say no with my body, resisting his literal pressure to perform this sexual act upon him. When he ignored my attempt to fight his pressure, he applied even more strength to push me back down.

This is when I verbally said “no, I don’t want to,” but rather than stop, he ignored me. He kept pushing my head, quite strongly now, so I said “no” again.

“Come on,” he replied in a tone that suggested he wasn’t going to give up. “It’s the least you can do, don’t be a tease,” he continued, as if I owed him, as if I wasn’t allowed to change my mind and say no.

At this point I was afraid, I was only 20, he was physically much larger than me, I had no idea what to do or to say to escape the situation I was in.

At that time, I feared that if I didn’t just do what he was asking, what he was pressuring me to do, that he would force me into having sex with him instead.

So, the next time he pushed me down I didn’t resist, I didn’t say no, I just did it; it seemed the lesser of two evils.

Then I left the bed, went to my friend’s bedroom and locked her door behind us.

The next morning, he left giving me a kiss on the cheek, a kiss that made my stomach churn with resentment, with utter disgust and he left. I never saw him again.

The experience changed me from a young woman who saw the best in people, to a woman who now had her guard up, especially around men. Although this hurt itself, it wasn’t the part that hurt me the most.

Instead, it was when I shared my experience with a good friend that I was left completely disillusioned.

“That’s not sexual assault,” she told me.

“You said he could come home with you, what did you think would happen?” she told me.

“You could have gone into your friend’s room earlier and it would never have happened. Sexual assault is when you have no choice, when someone attacks you, that’s not what happened to you,” she added.

Her words stung. For the longest time I thought there was truth in what she had said and that perhaps what had happened wasn’t sexual assault, that it was just an unfortunate event that could have been avoided if I had been more forceful in my words, or just gotten up and gone to my friend’s room, if I hadn’t said yes to him coming home initially.

Her words would replay in my head as I saw sexual assault scenes on the television or in movies. In these it was always so obvious – a woman being attacked in an alleyway, an intense fight where the victim would scream and did all she physically could to push her attacker away, it never looked like what had happened to me so I thought maybe my friend was right.

I mean I wasn’t raped, I wasn’t attacked in a public place, I barely even put up a fight. How could my experience be classified this way when so many other women have experienced far worse? Why did I ever say anything?

For some, sexual assault is seemingly measured on a scale, an invisible spectrum of what constitutes ‘real sexual assault’ and what doesn’t. Unfortunately, this is why so many victims don’t speak up and don’t come forward, they are afraid of the judgment of others, their assessments, their criticisms, the lack of support.

The reality is, when your own friend passes judgement on your experience and compares it to others to assess its severity, why would you share something so personal and so horrendous?

Now though, with years behind me, after hearing brave sexual assault victims publicly sharing their unique and often vastly different experiences, I know that my sexual assault was real and that it matters.

It was real because it was most definitely non-consensual, it is irrelevant where it happened, or that I didn’t scream or physically fight.

It matters because I said no, and he didn’t listen. It’s as simple as that.

Reply
Upvote
Your friend needs to be educated. I hope that police are more sensitive and empathic in their approach to sexual assault and rape victims these days. The one time in my life that i decided to report a rape, around 30 years ago, the police were hopeless. They treated me like the guilty party, and, after interviewing me for a whole day, they told me not to bother taking it to court, as I'd be laughed out of court. My rapist worked in the local bakery, and every time I walked past, he would scream abuse at me.