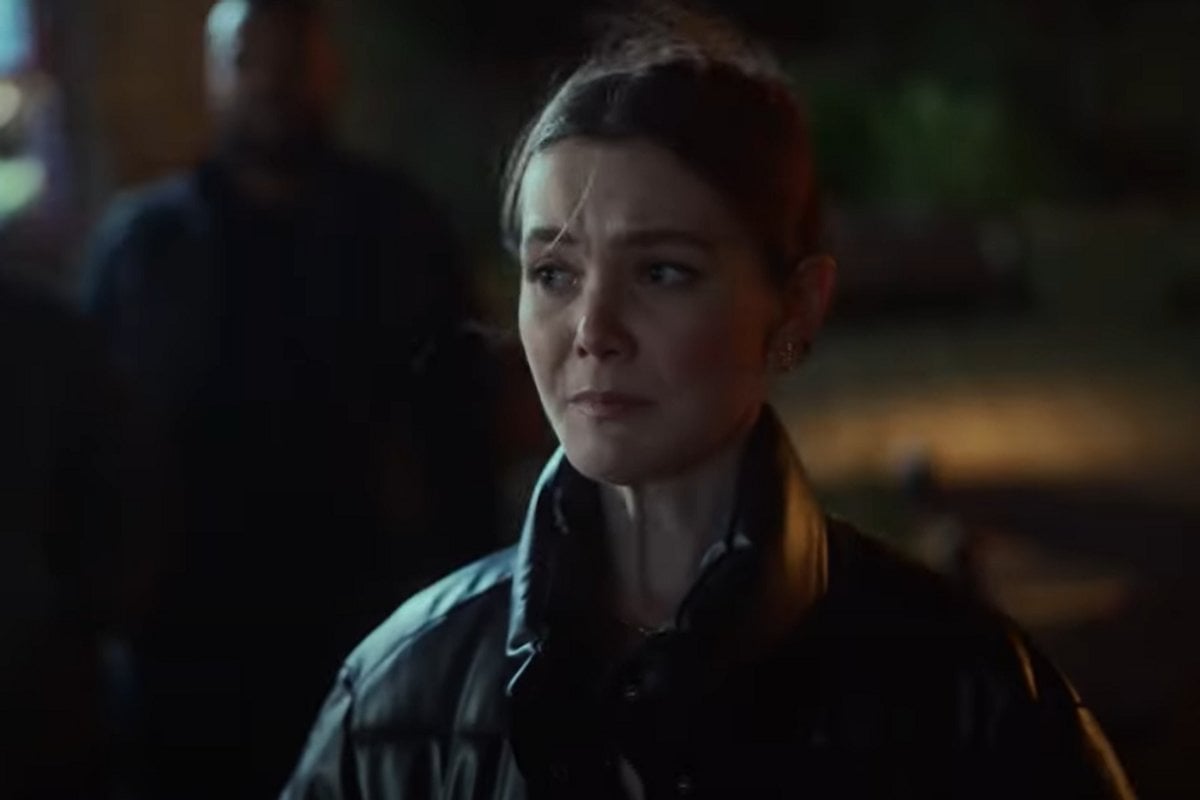 This post deals with violence against women and could be triggering for some readers.

That's one of the first things a young girl is told. And she'll hear it throughout her lifetime from pretty much everyone she knows - parents, friends, relatives, colleagues, neighbours, and even acquaintances. She’ll hear it from authority figures like politicians and policemen.

Girls and women quickly learn to be careful. We learn to be aware of our surroundings, to walk in well-lit areas, to not walk home too late, to place our keys between our fingers when it’s dark, to hold our mobile phones close just in case, to keep an eye out for those who might be following, to dress a certain way, to watch our drink at the bar, to not drink too much, to say to all our friends: “Text me when you get home so I know you’re safe”.

In Australia, a woman is murdered each week, often by a current or former partner. It’s only March and already nine women have been killed. And we’re living in a first-world country. Can you imagine the horrors young girls and women face in third-world countries?

According to national and international research, violence against women is overwhelmingly perpetuated by men.

Think of Jill Meagher. Eurydice Dixon. Aiia Maasarwe. Masa Vukotic. They were all outside, walking. And they were all murdered by in cold blood by men.

As soon as these murders happened, we were told, as always: “Be careful.” Because look what happens when you’re not careful. There is blatant victim-blaming. Why is it that women are always being schooled on their behaviour?

That’s why it is so refreshing to see London’s #HaveAWord campaign, aimed at tackling violence against women and girls. In the campaign video, a young woman is harassed by a man whose friends stand by, watching and laughing. The woman is visibly upset but still the man continues.

One of the young men has a chat with himself in an internal dialogue, and, knowing what is happening is wrong and that he has to say something, finally speaks up against his friend.

For too long, the issue of women's safety has been aimed solely at women.

I’m determined to change that.

I’ve launched a campaign calling on men to stop being bystanders and call out misogyny and harassment—online, in their friendship groups, or wherever it happens.#HaveAWord

The campaign has been lauded as confronting the right people, that is, the men whose sexist behaviour needs calling out. The men who stand by and do nothing.

This type of behaviour is not limited to 'the streets' or 'urban youth.'
It's men in suits in the office, on the tube, bus or tram.
In shops & pubs or when grabbing a late-night bag of chips.
Have a word with yourself... and then your mates.#HaveAWord https://t.co/HUcl8bC1Uf

Just been made aware of #HaveAWord - I've been saying this for years. It's not laws we need to keep our wifes and daughters safe (they are not enforced anyway), it's stronger attitudes in society.

All men should stand up and challenge this behaviour when we see it. 👏👏👏

“This is not just an issue with the minority of men who are violent, but also with those men who are sexist, who continue to behave inappropriately around women, who perpetuate a toxic form of masculinity or who just stand by silently when women feel threatened or are being threatened,” Mayor of London, Sadiq Khan, told BBC. “Men must change."

This is the kind of attitude we’d like to see here in Australia. Instead of making empty promises or apologies, we want to see actual understanding and change.

We don’t want to keep waiting for our watershed moment.

“Too often we turn a blind eye or we make excuses. We say things like he’s a good bloke or he’s not that kind of guy or she must have made him do it,” CEO of No to Violence, Jacqui Watt, tells Mamamia. “Then – when it’s too late – we ask why did she put up with it? Why didn’t she leave? What we should be asking is: why didn’t he stop the violence?”

With survivors like Grace Tame and Brittany Higgins at the forefront of the national consciousness, there is hope that the momentum around violence against women and girls continues to move in the right direction.

The government has also committed to a 10-year Plan to End Violence Against Women and Children, with an initial focus on prevention. The intention is there; now we need the follow-through.

The London campaign is not a cure. It’s not a magical fix. We all know that. But it shows that those in authority are finally listening. That they understand where women’s anger is coming from, and whose behaviour really needs calling out.

As Watt says, “The time for being polite to perpetrators has passed. It’s time to shift the burden of responsibility from victim-survivors and place it firmly on the men who use violence.”

Instead of telling us to “Be careful”, why don't more authority figures start telling men to “Be better”?

Maybe then we can finally start seeing some real change.

Advice and counselling for men concerned about their use of family violence: Men's Referral Service, 1300 766 491.

Reply
Upvote
1 upvotes
As of right now, the specific act of domestic violence is not a criminal offence in any state of Australia. There is no legal mechanism to use to stop all of the non physical types of abuse occurring.
In the UK, Ireland, Scotland, Sweden, France, And the USA states of California and Hawaii - it is a crime so these campaigns would be effective as they have the power to back them up and take action. Here - we have nothing ……
C
chrissyinthemiddle 3 months ago