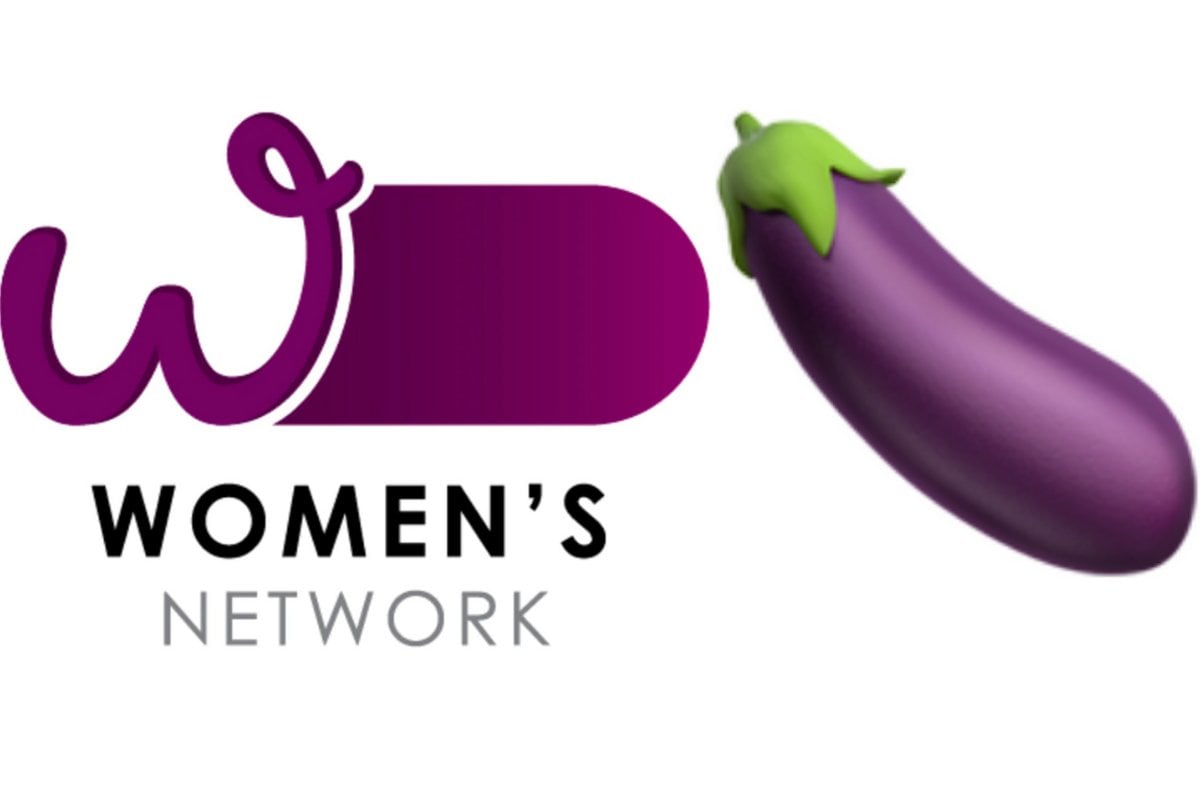 You might have seen a big, fat purple penis in your news feed over the last day or so and thought, "Have they updated the eggplant emoji?"

But no, you'd be wrong. It is, of course, the federal government's new Women's Network logo.

As you can imagine, people have noticed that this new government initiative, which promotes gender equality and "champions equal opportunity", has a logo that looks like genitalia. Even international media have noticed! Which means that's a big boo-boo indeed. Other organisations that have the words "Women's Network" in their names have sought to distance themselves from this whole mess.

I thought this was satire, but it is either thoughtless or an insult. Public money was spent getting a graphic artist, choosing the designing, selecting colours, approving, printing and publishing this logo for the Prime Minister's and Cabinet's Women's Network.
Poor messaging. pic.twitter.com/jDYKNdMCkg

Please be advised that Women’s Network Australia has been around for 30+ years. This is our trade marked logo. We are in no way affiliated or associated with another #womensnetwork organisation and logo, the design of which has been subject to much comment. pic.twitter.com/6lx2EBxGRL

Since the federal government rarely make mistakes when it comes to women (!), we here at Mamamia decided to do a deep investigative analysis into how Penis-gate unfolded. Using pretty much just our active imaginations, the following is a play-by-play on the latest scandal to hit the highest office in the land. (If it's not clear already, the following is satire).

A number of mostly white-haired, balding middle-aged men sit around a large table in the shape of a penis to discuss the important issues facing Australians today.

"So we all agree: the snack we should bring back is the Tubba Bubba Squeeze Pop?" nameless man 1 asks.

"Do you think we should talk about the floods too? And Ukraine?"

"But that will take ages and it's almost lunch-time!"

"Why are we having this meeting so early?" nameless man 2 whines.

Suddenly head nameless man comes running into the room. "Sorry I'm late!" he says. "I thought we were meeting in the Arnold Schwarzenegger room. My secretary must have put the wrong location into my calendar. She's not very bright, but she's the same age as one of my daughters and therefore I feel empathy for her."

All the men nod in agreement.

"Speaking of women," says nameless man number, er, 5? "We have some options for the logo for the Women's Network."

Head nameless man furrows his brow. "The what?"

"The Women's Network? The new initiative for gender equality?"

"Oh, yes!" head nameless man says. "Should I ask my wife what she thinks? I ask her about women's things all the time because she's a woman."

"I like the big, fat purple logo the best," nameless man 6 says. "For some reason, I really like it. It reminds me of something but I can't put my finger on it."

Nameless man 7 spreads out all the logo options on the penis desk.

"Who did these? They're fantastic!" head nameless man gushes.

"A young graphic designer with no experience," says nameless man 7.

"I love the big, fat purple one too," says head nameless man. "But don't you think the big, fat pink one would be better? Women love pink."

"But that's why women will hate it," pipes up nameless man 8. "They will think we're pandering to them. We have to be really careful with women's issues since, you know, we don't want to appear insensitive and stupid."

All the men nod. "You are so smart, nameless man 8," says head nameless man. "I will promote you to the leader of the Women's Network."

A woman enters to serve them all coffee. "Hey, you're a woman!" head nameless man says to her. "Maybe, since this logo is about a 'woman's' network, we should get a woman's opinion."

"And that's why you're the head nameless man!" the nameless men chorus.

The woman looks at all the penis logo options. "But... they all look like penises," she says, appalled.

"WHAT?" The men exclaim. They take another look at the logos and laugh.

"I have no idea what you're talking about," the head nameless man says. "It looks nothing like a penis. And I should know."

The woman leaves. "Why don't we err on the safe side?" nameless man 9 says. "Why don't we get a second opinion before we release the logo to the public? We don't want to be ridiculed for getting the logo wrong - although it is very unlikely since all of us men in this room agree that the big, fat purple logo is the best."

Meeting concluded at 11.50am, just in time for head nameless man to attend his ukulele gig.

UPDATE: The penis logo has now been pulled [pun intended].

Reply
Upvote
I laughed and cried at the same time. Bravo Adrienne Tam for showing the lack of thought process in creating the logo.